MARCUS RASHFORD is an inspiration to the nation’s youth, we all know
that by now.

And not least to his Manchester United team-mate Mason Greenwood. 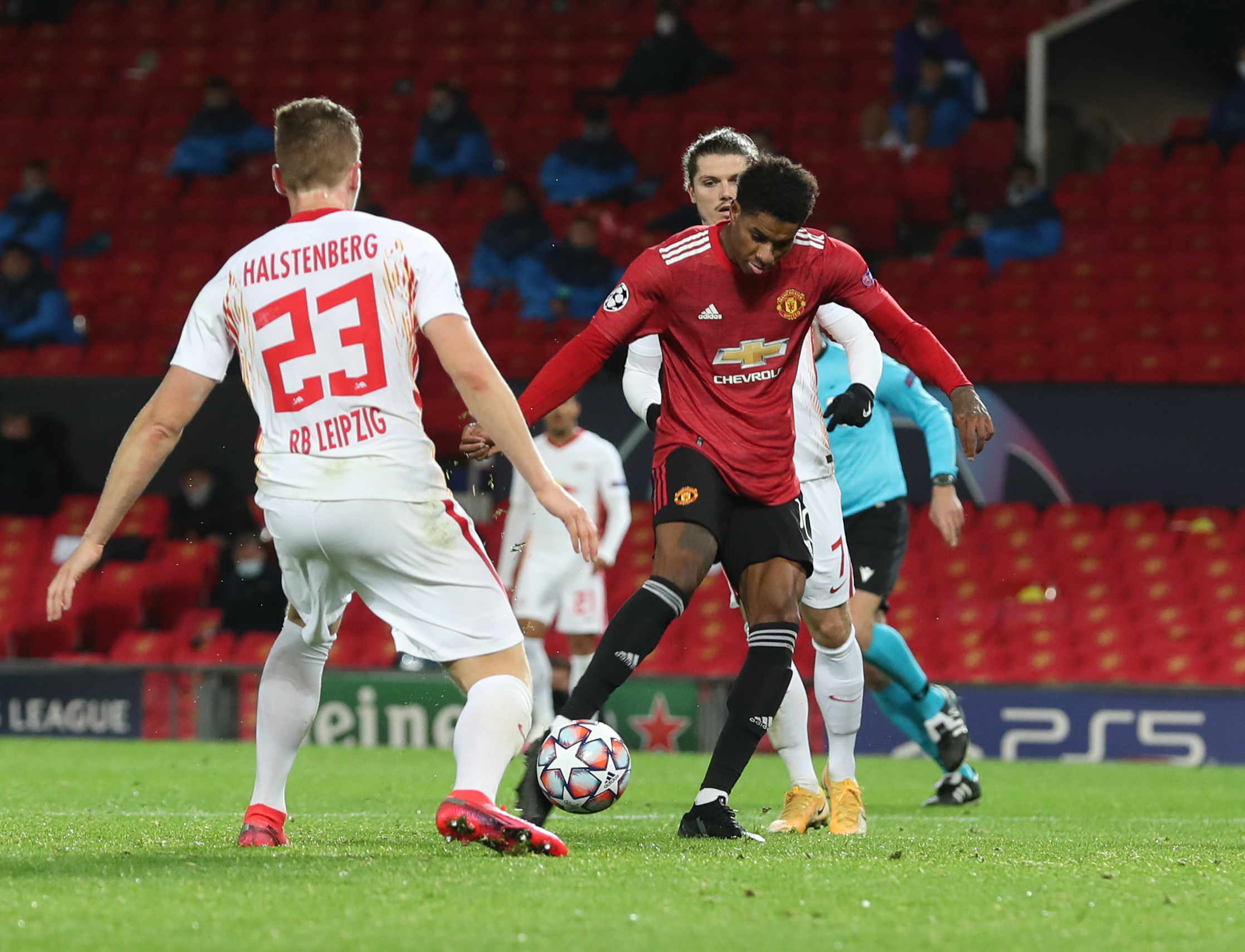 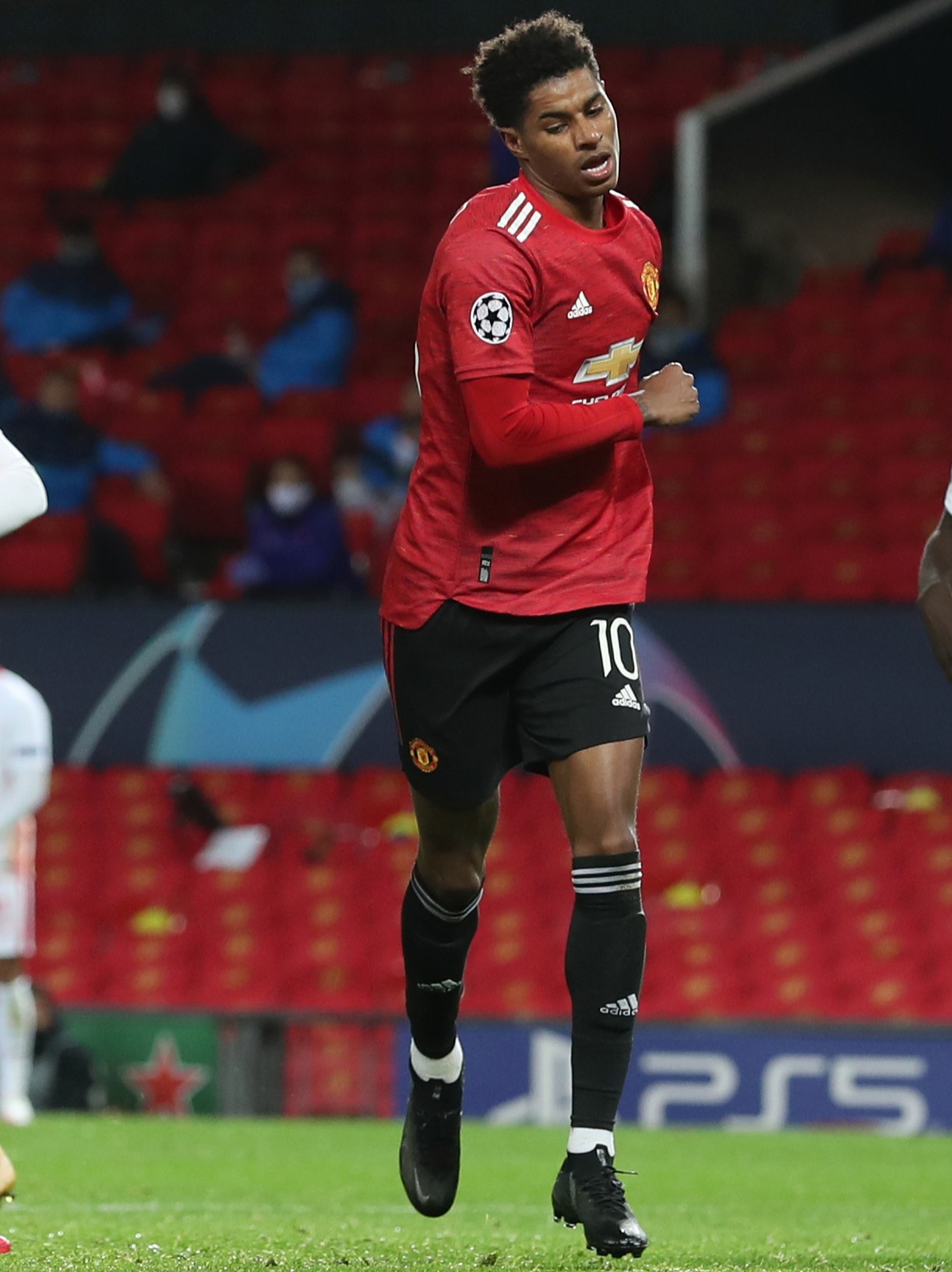 Greenwood refers to the great 22-year-old statesman as his hero.

But as United scored a resounding victory over the Bundesliga leaders
– the sort which would have reverberated across Europe – Greenwood led
the way for Rashford to score an 18-minute hat-trick as a sub.

It was the 19-year-old Greenwood, who had been sent home in disgraced
from England duty last month, who started the rout with the benefit of
a fag-paper VAR call.

And when Rashford replaced Greenwood just after the hour, he ignored
an erroneous offside flag to benefit from another tight VAR call for
the first of his own quick-fire double.

Rashford’s selflessness is well-documented in his campaigning against
child hunger and poverty.

He showed the same quality on the pitch when he gave up a chance to
complete a hat-trick from the penalty spot, allowing Anthony Martial
to net United’s fourth.

But then he secured the matchball anyway with a thumping finish in
injury-time.

What a magnificent night this was for United. Perhaps the best result
of Solskjaer’s reign – given the width of the scoreline, better even
than their two famous away victories over Paris St Germain.

Forget the histories of these two clubs – United 20-time champions of
England, Leipzig formed the year after United had won their most
recent European Cup.

Because the German club, top of the Bundeslia and Champions league
semi-finalists last term, came into this match looking the more
settled and accomplished team. 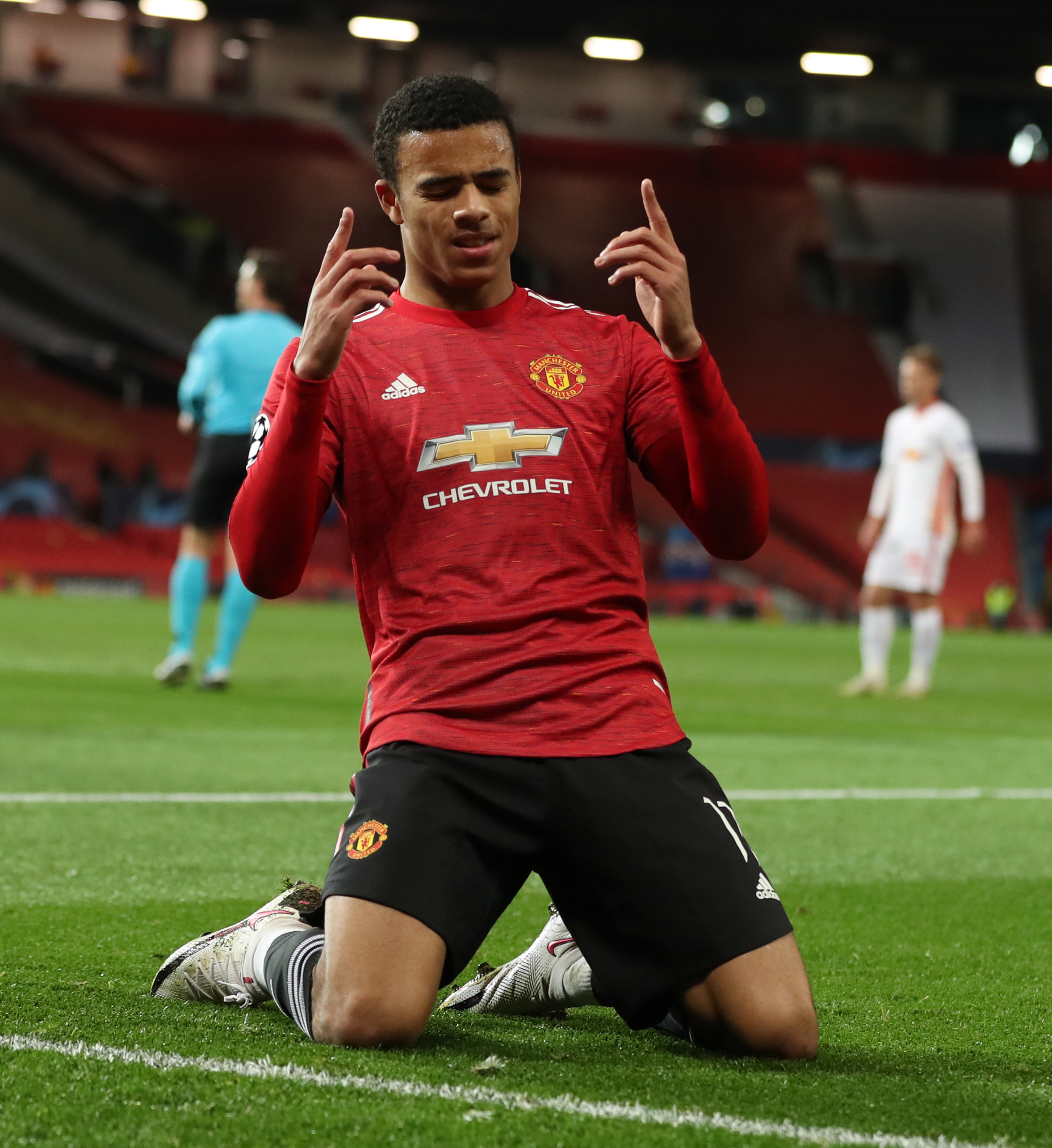 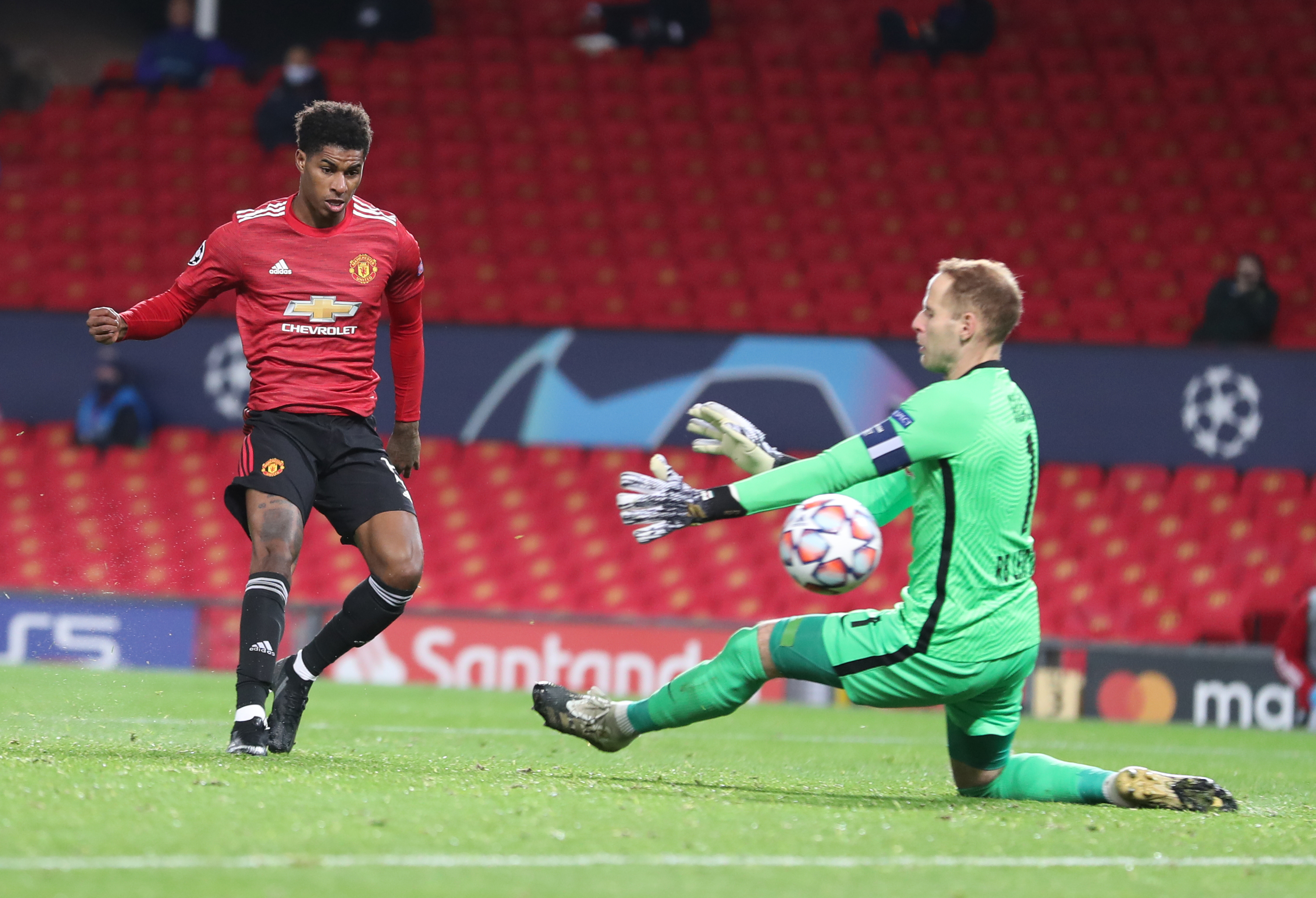 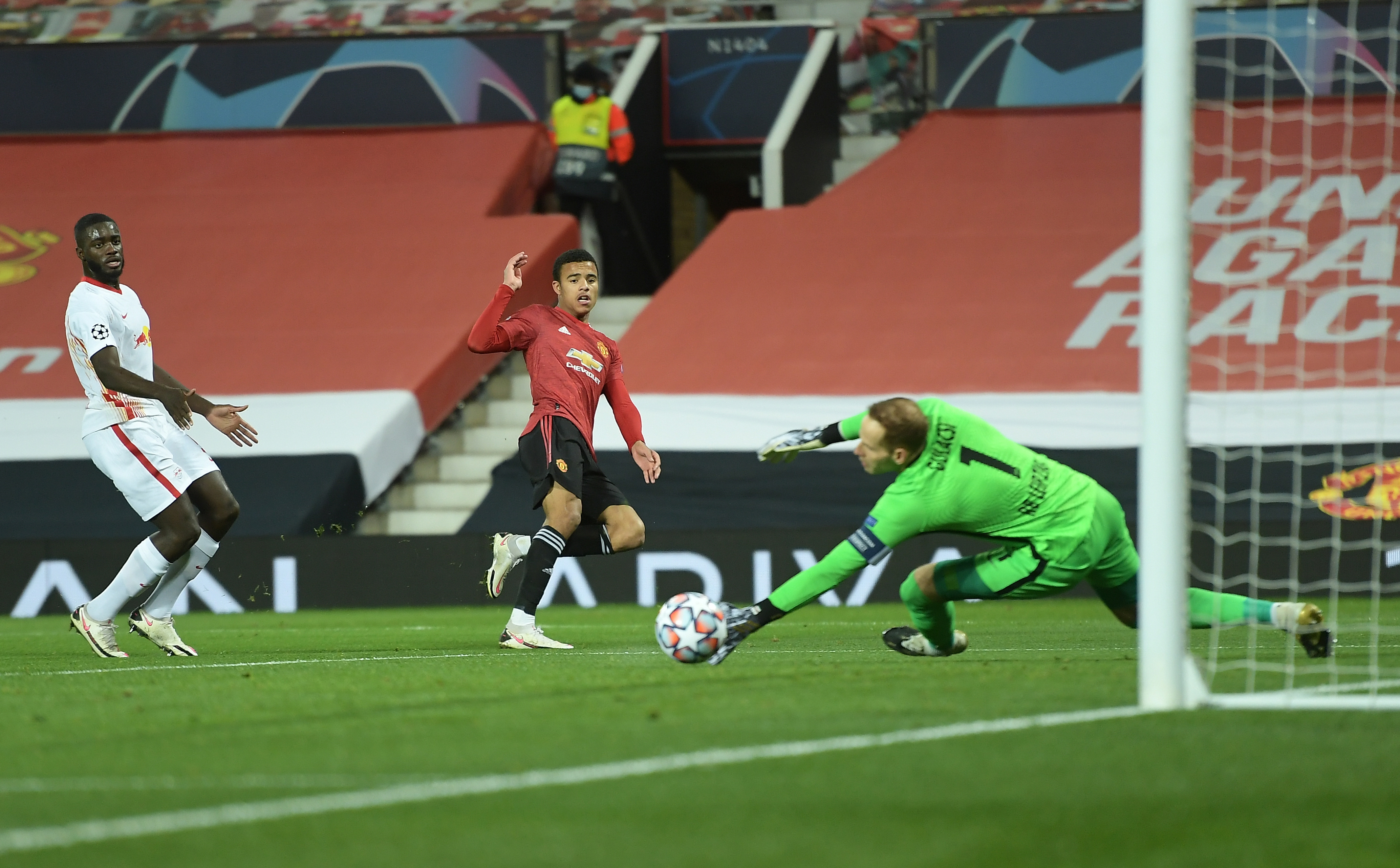 Yet United soaked up plenty of pressure and, in an era without home
advantage, were able to play as the away team – which suits them –
breaking with pace, finishing with dead-eyed efficiency.

This ‘group of death’ had looked a whole lot less fatal after last
week’s win over PSG.

Still, being grouped with two of last season’s semi-finalists seemed a
tough ask for United – who have not reached the Champions League’s
last four in nine seasons now.

Yet United have made light work of it.

Solskjaer made five changes from the side held by Chelsea on Saturday
– Bruno Fernandes and Rashford the surprise admissions, with the
United boss blaming fixture congestion.

Rashford hardly looked jaded when he got his chance.

Leipzig boss Julian Nagelsmann didn’t really need his extraordinary
tailoring to make him noticed – at only 33, he has long been touted as
a potential future manager of Europe’s most illustrious clubs.

Yet the man in the rascal sports jacket soon saw his side pushed back
by a spell of United pressure – Fred’s deflected shot pushed around
post  by Peter Gulacsi.

And it was he restored pairing of Pogba and Greenwood which earned
United’s 21st-minute breakthrough – even if VAR was apparently caught
napping.

Fred won possession and fed Pogba, who surged forward and expertly
weighted a pass for Greenwood to steer a first-time left-footed shot
inside the far post.

Replays suggested Greenwood was offside by a toenail or so, even
members of the United coaching staff appeared to think so.

But VAR – seemingly more lenient than the Premier League version –
gave the good old-fashioned benefit of the doubt to the attacker.

David De Gea soon had to push away a powerful effort from Christopher
Nkunku with Leipzig looking confident and quick-witted in attack.

If the Germans were enjoying plenty of purposeful possession, then the
more special moments belonged to United.

Early in the second half, Pogba produced another peachy pass to
release Anthony Martial, who wasted the half-chance. 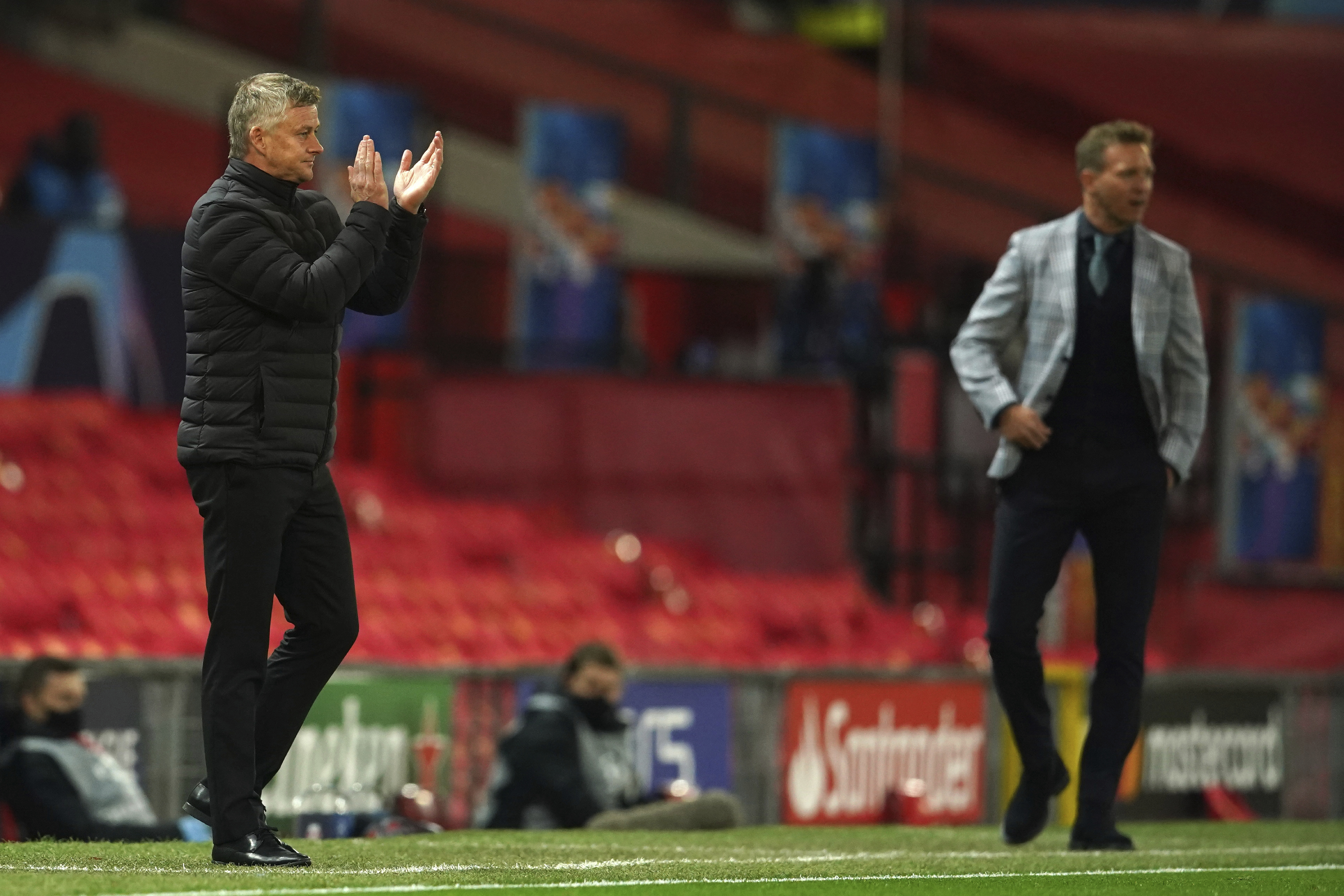 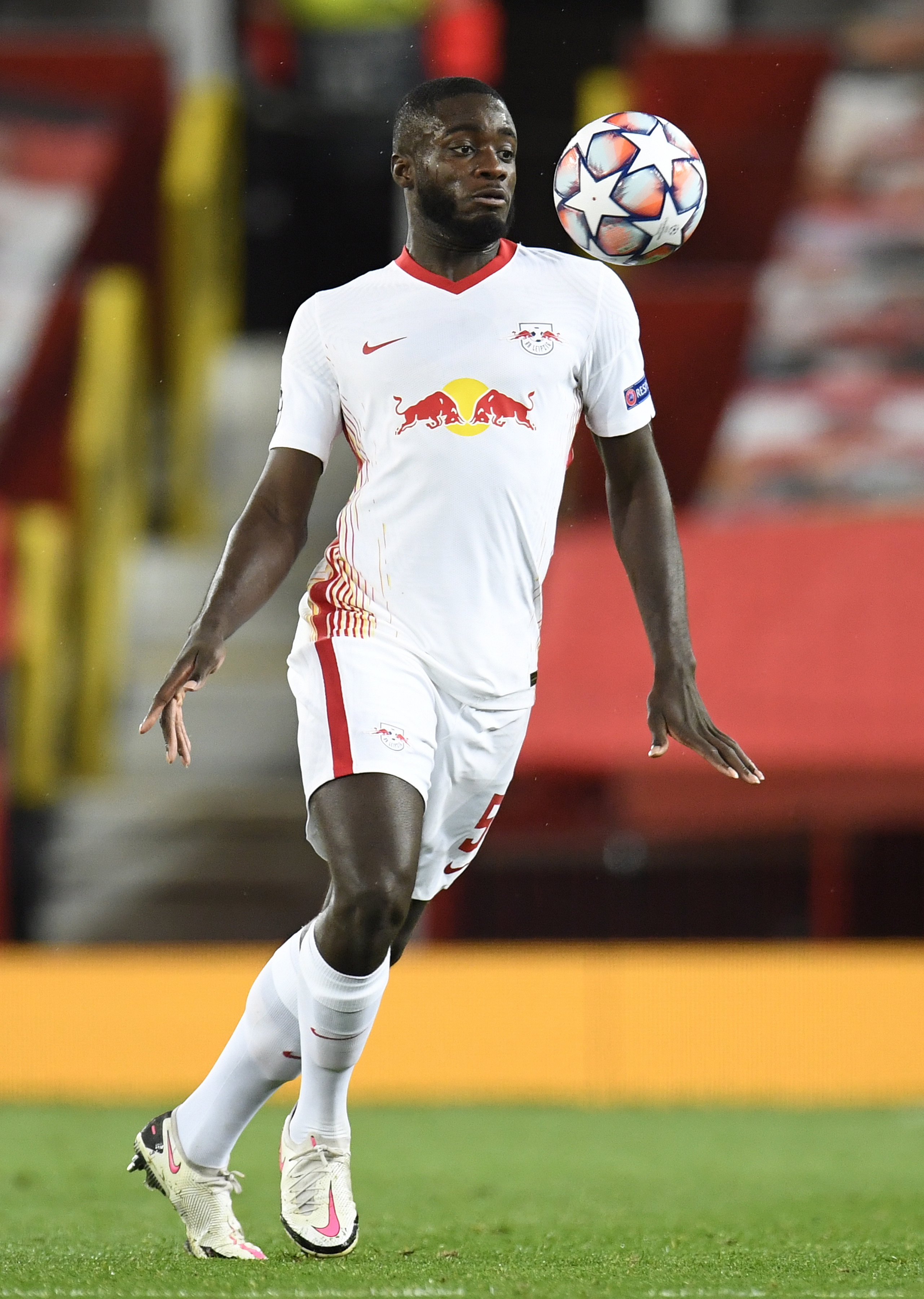 Then Greenwood pulled a couple of bandy-legged step-overs out of his
party bag and saw a ripping shot pushed away by Gulacsi.

Ibrahima Konate got away with a handball while grounded – the VAR
official a bleeding-heart liberal once more, as possessed to our own
hanging judges of Stockley Park.

Donny Van de Beek enjoyed some eye-catching moments as he earned his
first United start in an A-list fixture – including a tangle with
Marcel Halstenberg which brought a decent penalty shout.

Soon after the hour, Greenwood made way for Rashford, last week’s
plasterer of Paris.

After De Gea was called into point-blank action to push over a Konate
header, Rashford came to the fore.

Again VAR favoured United, Rashford was inches inside his own half
when released by fellow sub Fernandes and he ignored an early,
incorrect offside flag to advance and score with supreme cool.

Rashford’s second came courtesy of an excellent tackle from Fred,
which turned into a pass, allowing the England forward to finish with
relish.

And when Martial was upended by Marcel Sabitzer, Rashford allowed the
Frenchman his first goal of the season from the penalty spot.

Then came the emphatic finish and the completion of Rashford’s treble.

They reckon he can’t be a contender for BBC Sports Personality of the
YEar because he hasn’t achieved enough ON the field. 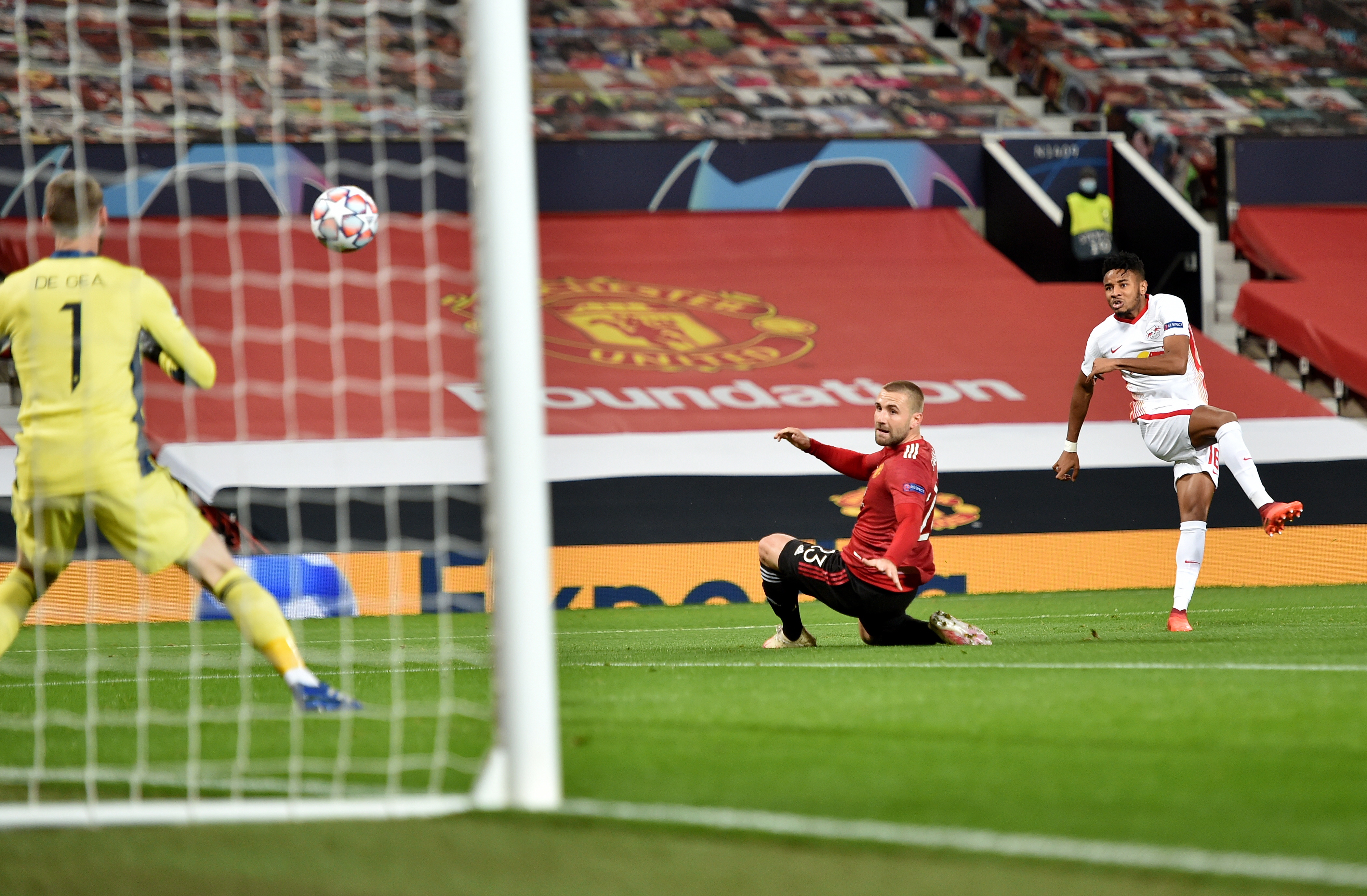