MARCUS ROJO was slated for the “most pointless rabona ever” during Manchester United’s Europa League win against Astana.

The Argentine faces another glum season at Old Trafford after failing to secure a move away in the summer. 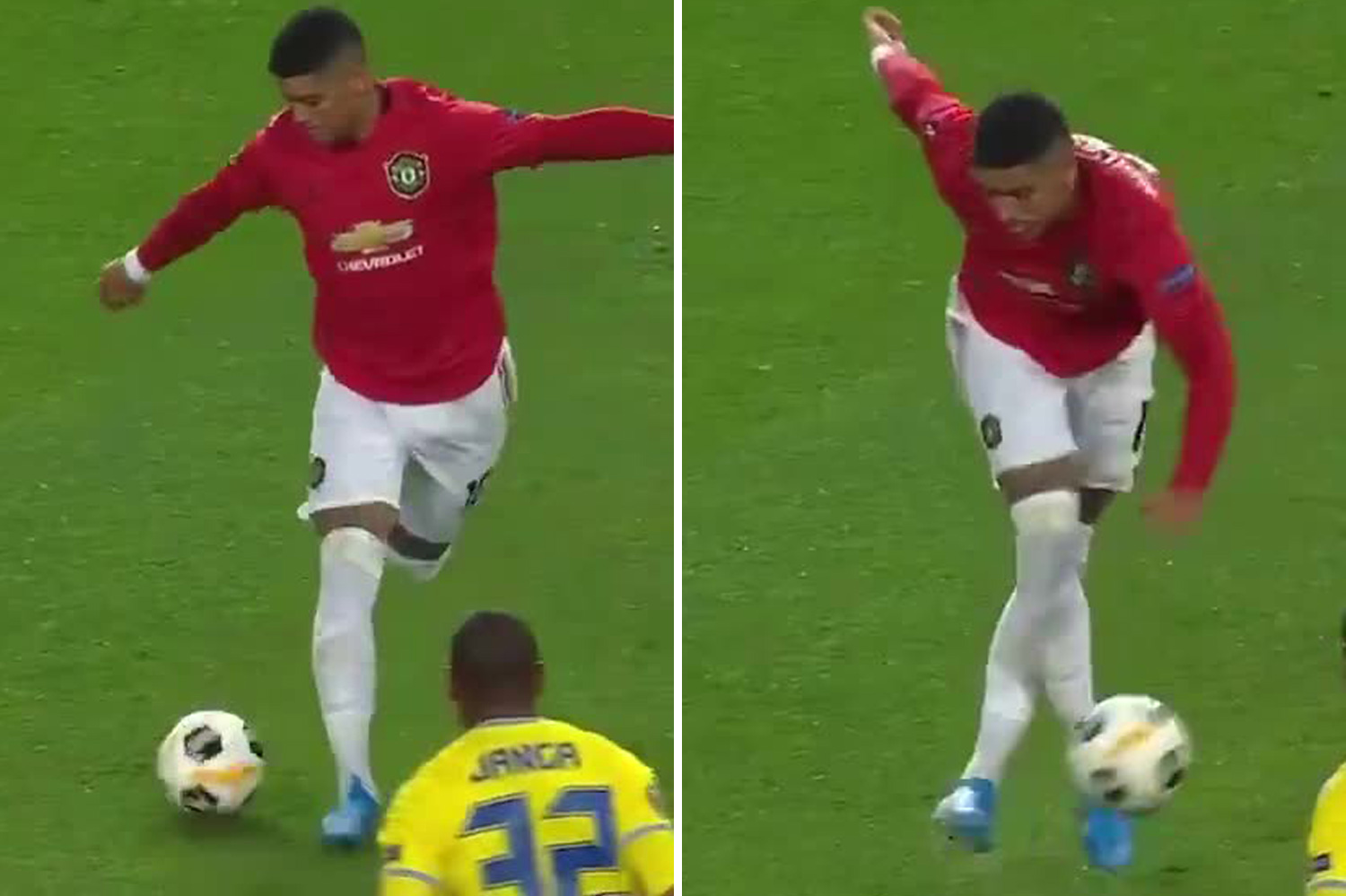 And Rojo has a host of competition at centre-back that includes record £80million signing Harry Maguire, in-form Victor Lindelof as well as Eric Bailly and starlet Axel Tuanzebe.

But the Portuguese international was given a chance to force his way into Ole Gunnar Solskjaer’s side with the injury of left-back Luke Shaw.

And out to prove a point Rojo wanted to showcase skills in his locker beyond defending by attempting a rabona.

Managing to fake a cross and cut back on his weaker right foot the defender looked half with to producing a moment of magic.

But his rabona was destined to skew way wide until it smacked the face of Astana forward Rangelo Janga.

The hopeless skill summed up Rojo’s position in the United squad, and he took a lashing online for his exploit, despite a Mason Greenwood strike securing the win.

One said: "I’ve watched this several times now and still have absolutely no idea what he’s trying to do."

One added: "Someone tell me why Marcus Rojo just done a rabonna in a stalemate against Astana at home."