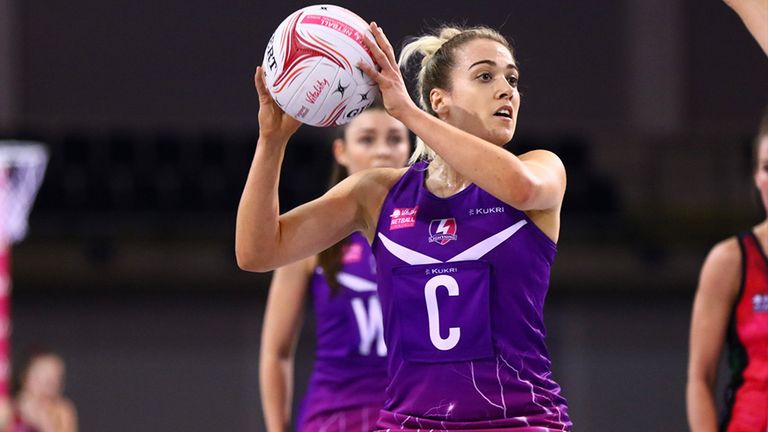 Natalie Panagarry has revealed she faces months rather than weeks on the sidelines after suffering a foot fracture during Loughborough Lightning’s opening round Superleague defeat to Team Bath.

The 29-year-old was forced off in the first quarter of the 72-58 loss and has since missed Lightning’s last two games, including the recent 67-64 defeat to Manchester Thunder during which her injury-hit side relinquished a 12-goal lead.

“Stepping out there in Birmingham was fantastic, the crowd were incredible. First game of the 2020 season for Lightning and unfortunately I got an injury.

“I was hoping it wouldn’t be too long but it is a long-term injury. I’m still waiting for a few scans to come back but I think it will be a little while.

“Realistically I think it will be [months rather than weeks]. I’ve got a rest period now, I’m just going to rest my foot and let it settle for these next few weeks and then build up my strength from there. It’s been confirmed as a fracture and ligament tear.”

So it looks like I’m going to be Team Rehab for a little while ☹️Gutted I can’t take the court right now, but will be supporting @LboroLightning from the sidelines 💜 still hearing my High pitch voice. Hopefully I’ll be back before you know it. Stronger & fitter. See you soon 💪🏼 pic.twitter.com/oMp4jeB5Rv

Despite the setback, Panagarry jokes she was ‘happy to still get the interception’ that led to her injury and remains optimistic of resuming her campaign further down the line.

A string of recent high-profile injuries have underlined the physicality of the sport and Panagarry is realistic enough to know she’s been lucky to avoid serious injury in her career to date.

“I’ve got a really good backing from Loughborough and the support system with England so my aim is to get back out there hopefully at the end of the season and step out there one more time for Lightning.

“I think as the sport is getting that little bit more physical and our training loads are increasing we’re probably seeing it a little bit more. At the same time our bodies do seem to be able to withstand more as well.

“I just think it was one of those unfortunate flukes, I went to the interception and obviously my foot just wasn’t very happy with me that day.” Panagarry finds herself with a broad circle of international experience which she can call upon amid her recovery from the first significant injury layoff in her career.

This includes England Roses team-mates Beth Cobden, Layla Guscoth and Jodie Gibson, all of whom have endured serious injuries over the last couple of years.

“It has been difficult,” she continued. “I’ve never actually had a major injury, I’ve just had a few concussions that have had me out one or two weeks max and my body always seems to be able to withstand a lot, but it’s proved it can’t this season.

“I’ve been using a lot of the players around me for support, kind of Beth Cobden, Layla [Guscoth] and Jodie [Gibson] have just been phenomenal in reaching out. Using them is what’s going to get me through and it’s fantastic that I can use them, such great athletes.

“They’ve been great and I couldn’t ask for better athletes to lean on and I think being part of the Roses as well a lot of the girls have reached out. Some days aren’t going to be the best and that’s fine. It’s sometimes not going to go as smooth as it’s meant to.”

Injuries for Lightning, including that of Panagarry, have opened the floor for the team’s rising stars to assert themselves on the senior stage.

Beth Gabriel is among those that have impressed after the 18-year-old earned player of the match honours during the Round Two win over Strathclyde Sirens and Panagarry is playing her part from the sidelines.

“I’m still involved as much as I can. I attend every court session. I’m still there and the girls are probably getting annoyed by my voice at the moment still screeching at them.

“For me I can’t step away too much, I still want to be involved and I was really lucky last week that I was allowed to be on the bench. I won’t be going out of sight that’s for sure. It’s really good for me to stay involved. 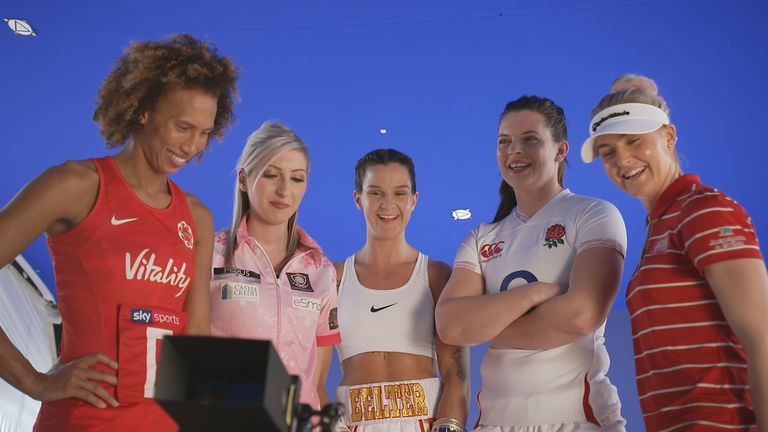 “We’ve got a lot of exciting under-21s and I think probably some of the fans of Lightning may not have known kind of their names or who they are at the time but I think they are definitely starting to know now,” explained Panagarry.

“Especially with the likes of Beth (Gabriel) and Jas (Jasmin Odeogberin) who are really stepping up. We’re excited that Vicki (Oyesola) is kind of back into the mould a little bit, she’s had a few injuries but she’ll definitely be out there Monday (against Saracens Mavericks).