Manchester United star Lingard needed to score a penalty for the AFC Wimbledon supporters to win the cash on Sky's Soccer AM show this morning. 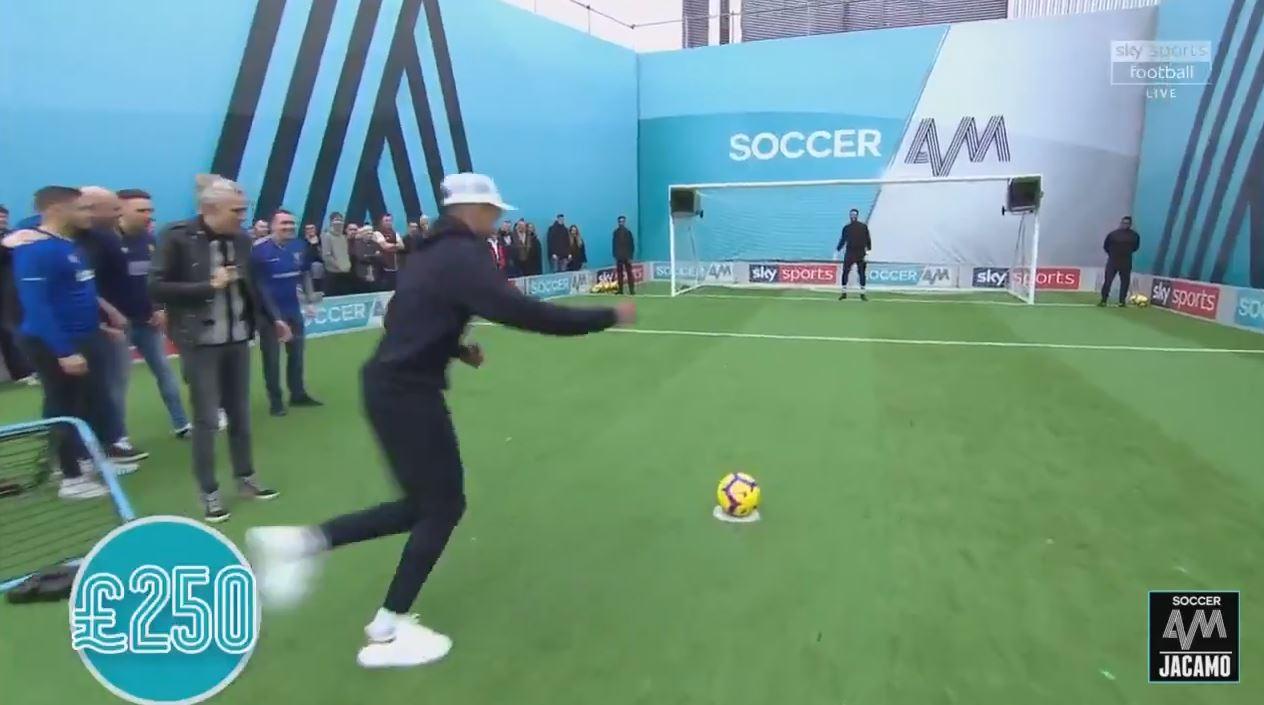 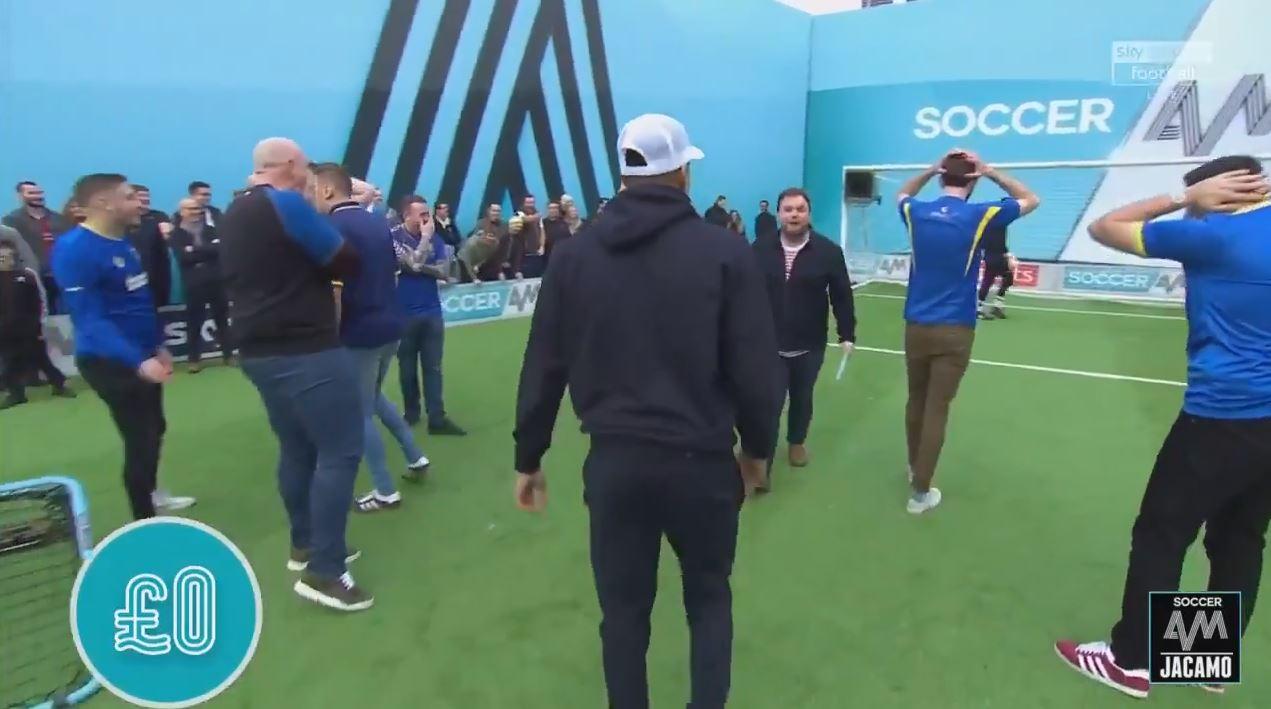 But the England midfielder saw his spot-kick saved the the despair of the Dons followers who stood to collect their winnings.

The group had hoped to walk away from the studios in West London and enjoy the rest of the day spending the loot before AFC's FA Cup clash with West Ham this evening.

Yet they were left holding their heads in their hands as even the show's presenters mocked United ace Lingard for costing them dear.

The show carried on as usual as the Dons fans got lost in their sorrows at seeing a cheap day out snatched from their grasp. 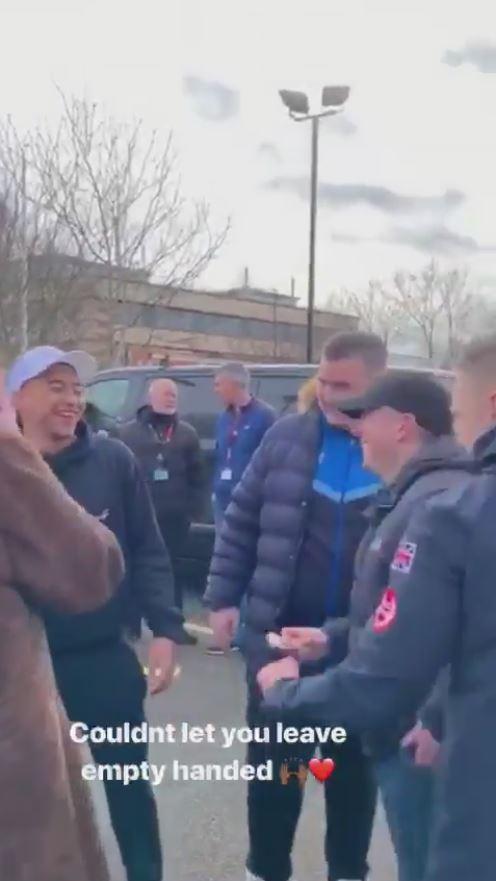 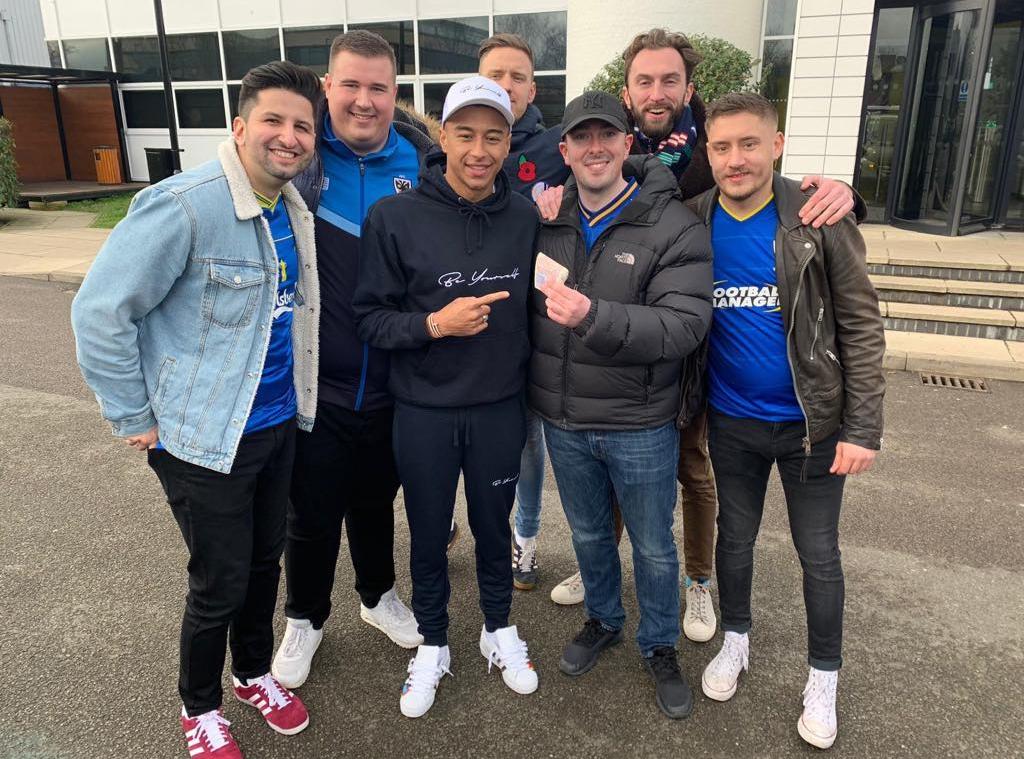 But unbeknown to them, United ace Lingard had a word with a pal in the studio and asked them to pop up to the nearest cashpoint to get some money out.

And as he was about to leave for home after the programme had finished, Lingard suddenly produced a wad of cash to hand over.

Not only had he come up with the lost prize, Lingard threw in an extra £100 for good measure and told them he couldn't see them miss out.

Lingard had earlier revealed how Ole Gunnar Solskjaer had lifted the gloom around Old Trafford by allowing the United players freedom to express themselves.

In a dig against former boss Jose Mourinho he said Solskjaer had returned United to the way the club should be.

The midfielder is still basking in the delight of scoring a goal in the win over Arsenal last night, which he celebrated by pulling off a moonwalk in front of the Gunners fans.