Players and staff shared one of their most poignant victories in front of grateful fans, many of whom shed tears of relief and joy after willing their team to go the extra mile for glory. 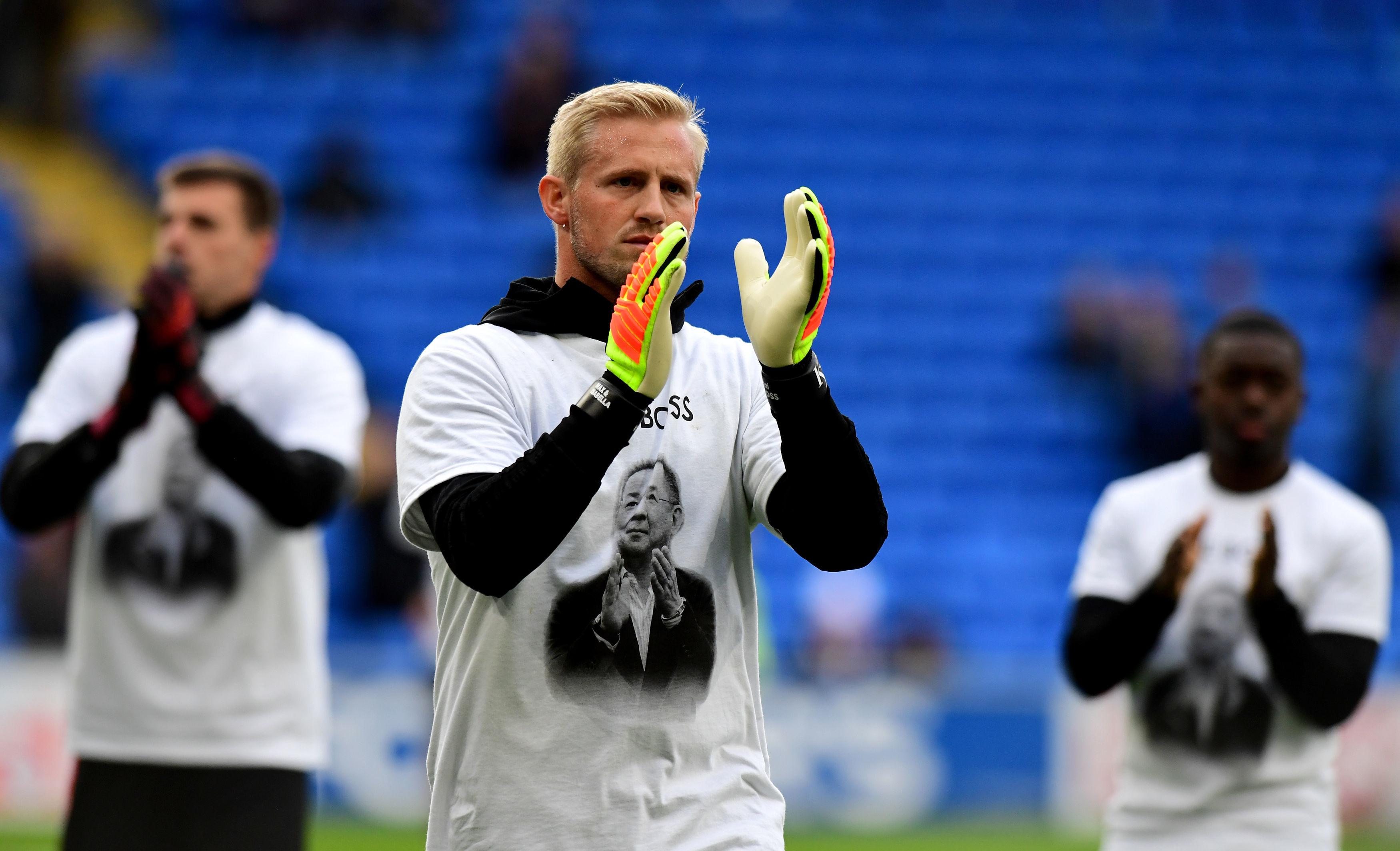 Some fans beat their hearts with clenched fists and saluted their heroes, who posed for pictures behind a banner displaying an image of much-loved owner Vichai smiling as he proudly clutched the Premier League trophy.

It carried a simple but heartfelt message “Thank you, Vichai”.

As songs celebrating Leicester’s favourite son reverberated around an otherwise empty stadium, low-key French boss Claude Puel — modest to a fault — was thrust into the limelight by match-winner Demarai Gray to receive the recognition he deserved at the end of a traumatic week.

For around 20 minutes, Leicester City were champions again as the outside world gazed in admiration. 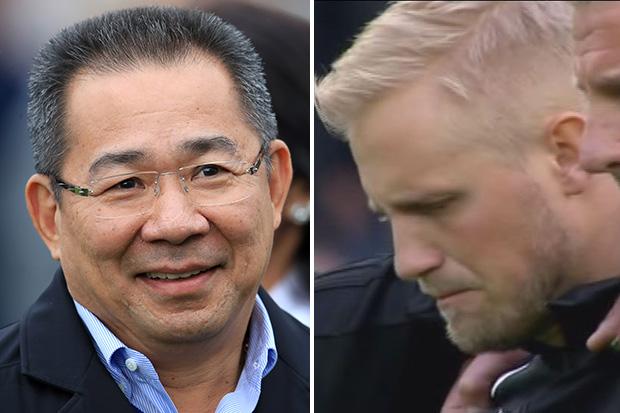 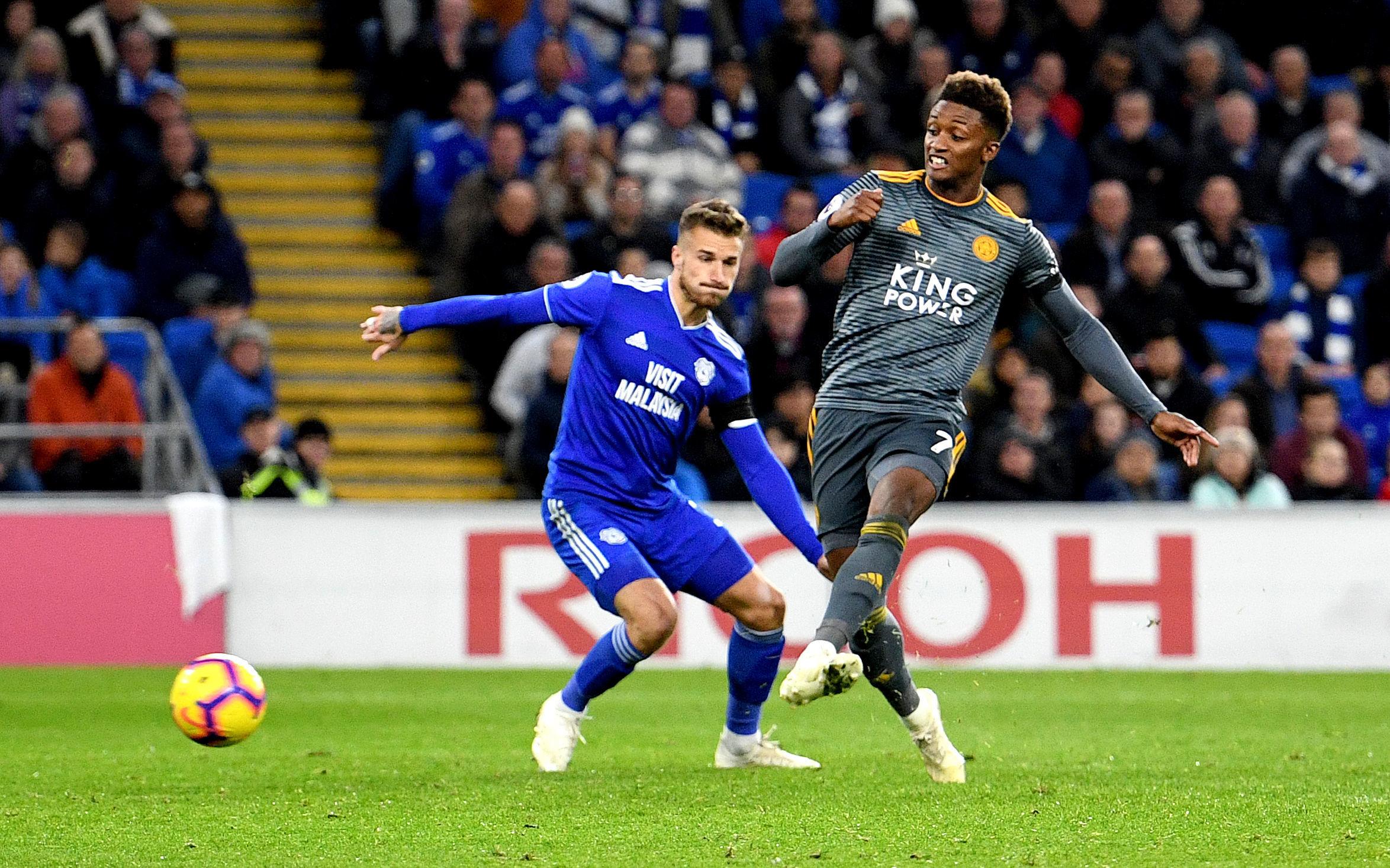 Just as in 2016 when these 5000-1 underdogs defied the odds and logic to win the title, Leicester were everybody’s favourite ‘other’ team again!

Schmeichel had watched the Thai owner’s doomed helicopter topple out of the night sky and erupt into a fireball a week earlier. Yet, somehow, he managed to summon the courage to play . . . and win.

The Danish keeper — who has been with Leicester since 2011, the year after Vichai took over — confessed: “It felt like a cup final.

“I haven’t really known a feeling like it on the pitch before.

“We were brought here by this man to do a job and we wanted to do that for him. There were amazing scenes at the end. That is what sport can do. 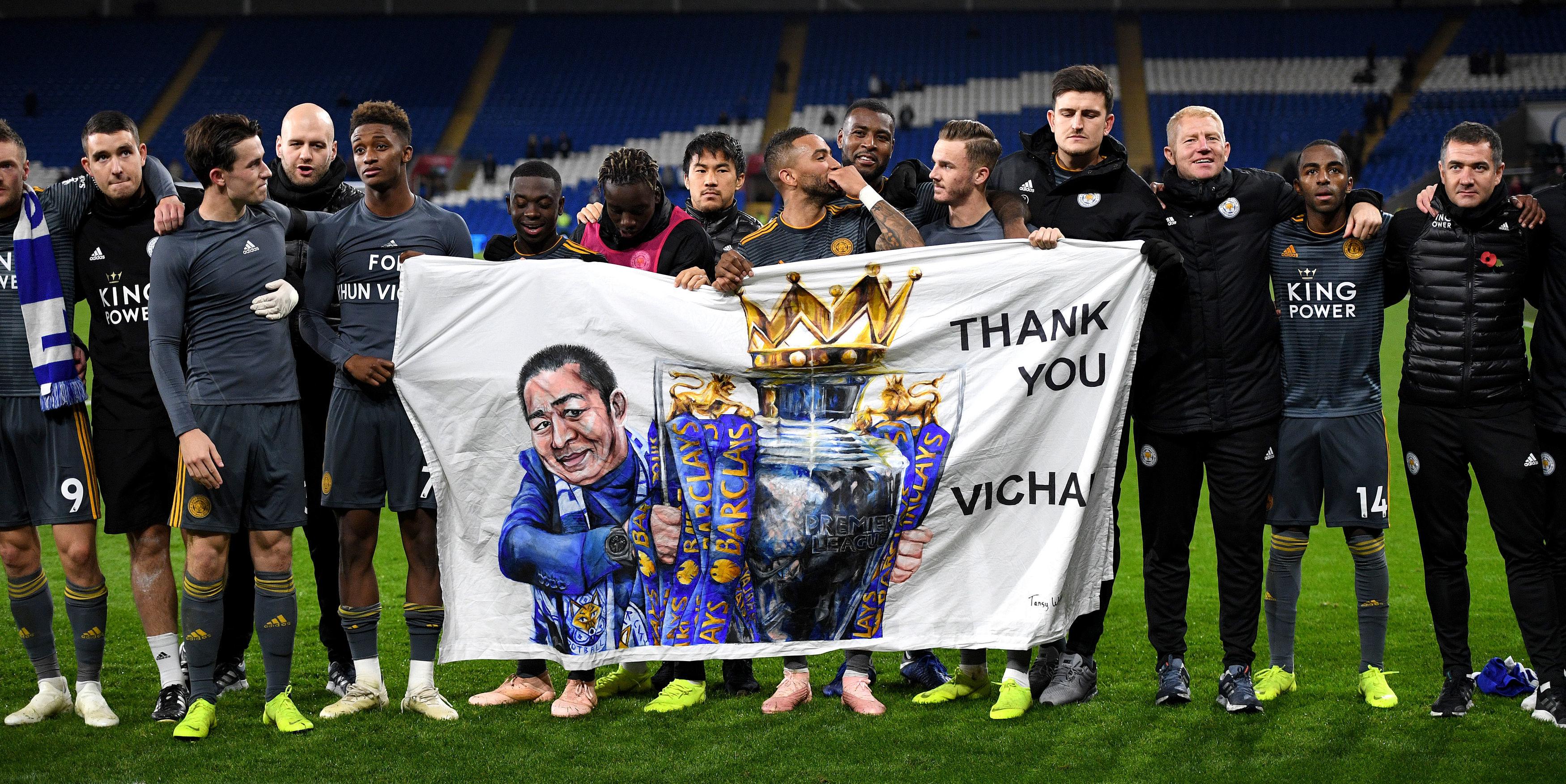 “For one man to be able to create that reaction, not just from sport but to have had an impact all over the world, is quite unique.

“The season we won the title we got some amazing reactions at away stadiums. We didn’t really want to be like this but, at the end of the day, we are human beings and we are thankful for all the support we have received.

“That’s what sport can do. It can bring people together in ways not many people can. It doesn’t matter what team you support, everyone rallies around.

“It has been a long, long week but we wanted to get out and play and do something for Vichai’s family. We know how much Leicester means to the family and how much they put in to the club.

“The impact he has had on my family has been amazing. I am proud to be part of his family. He has two sons and two daughters and his wife and the strength they have shown and composure and leadership is quite astounding.

“We just wanted to do our jobs so they didn’t have to think about anything to do with the club and they can have their grieving process and get some kind of normality back in their lives.”

The events at Cardiff were far from normal as the fearless Foxes bonded in the biggest pre-match huddle ever.

Every member of Leicester’s back-up staff took to the pitch — more than 40 in total — and gathered for a giant, inspirational huddle, as Schmeichel and club captain Wes Morgan reminded everyone of their duty to honour the man they called The Boss.

Key figures in the Foxes dressing room hatched the plan — including Schmeichel, who stressed: “This week we wanted to be together. We have all lost what feels like a family member, we wouldn’t have been at Leicester without him.

“This club was in a pretty precarious situation and to build what he has built is quite amazing. But building a club and a team who can perform on the pitch is one thing.

“We are all proud of the feeling of family and togetherness he instilled in everyone. It doesn’t matter who you are or what position you have at the club, whether it be player or staff or stadium staff we are all equal.

“Wes said a bit, I said a bit, everyone had a lot to say and wanted to chip in because he meant so much to all of us. There was no real need for gameplans or tactics, it was just about controlling our emotions. It was tough but we managed it and stuck together — like a family.”

Schmeichel, 31, has been overwhelmed by personal messages of support which have poured in, including many from Cardiff fans.

He promised: “To anyone I haven’t answered, I will answer you. It has been a really nice response from everybody and we are all really happy with the respect Cardiff fans showed today, we are very grateful.

“I am a former Cardiff player so I know how good the Cardiff fans are.”

Before the game Puel claimed the result did not matter.

But when Gray stabbed home Ben Chilwell’s cross ten minutes after the break to secure a famous win, we all knew it did.