Minjee Lee will need a final-round miracle in the CME Group Tour Championship to snatch a lucrative LPGA payday.

One of five players going into the tournament in contention for $US1 million ($A1.4 million) bonus for winning the Tour's season-long points race, Lee stumbled for the second time in as many days at the Tiburon course in Florida. 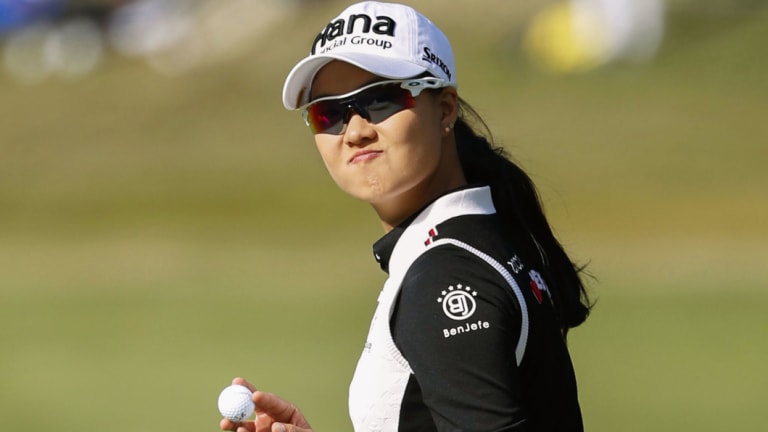 Opening with bogeys on two of the first four holes on Saturday, Lee never recovered and posted a two-over par 74.

She sits at three-over for the tournament, 19 shots behind the leader Lexi Thompson.

Lee's main rival for Race to the CME Globe honours is world No.1 Ariya Jutanugam and the Thai star is nine shots ahead of the Australian.

If Thompson has control of the tournament, Jutanugarn is in control of just about everything else.

Jutanugarn will start her final round 10 shots back but leading the projected Race to the CME Globe standings and in position to claim the bonus for the second time in three years.

She already has clinched player of the year and is nearly mathematically assured of winning the Vare Trophy for the lowest scoring average on tour.