Okolie was due to challenge Krzysztof Glowacki for the vacant WBO cruiserweight world title. 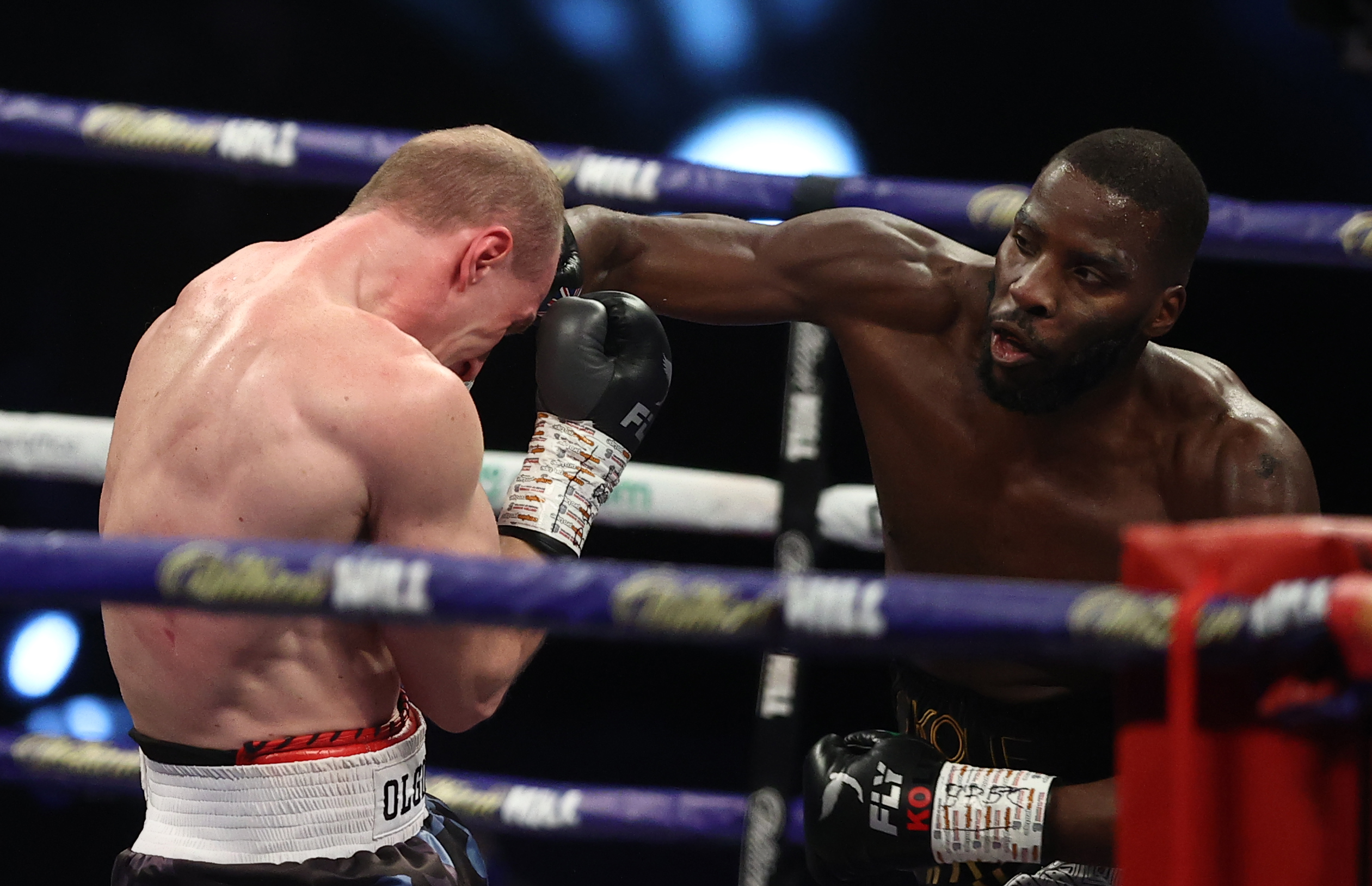 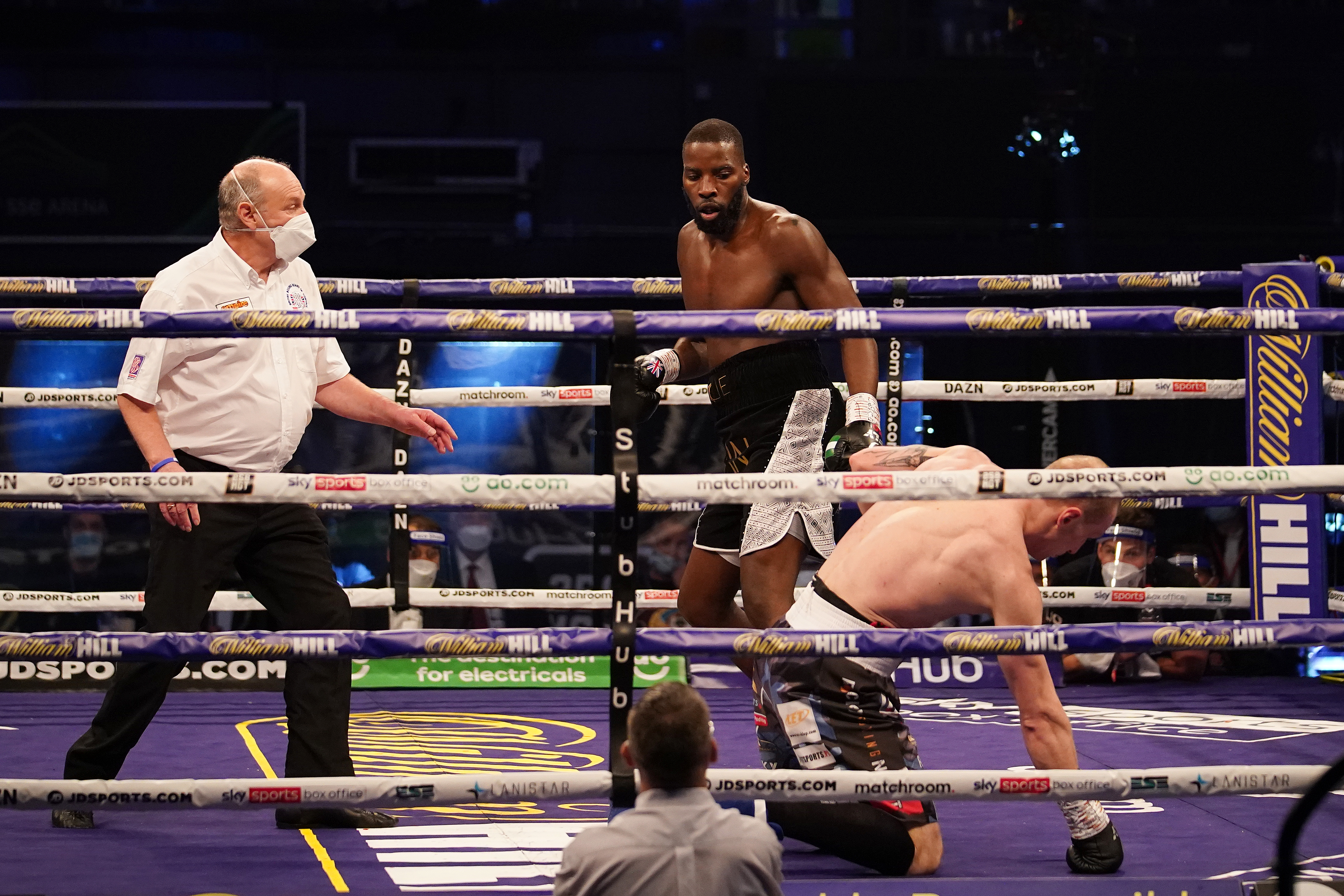 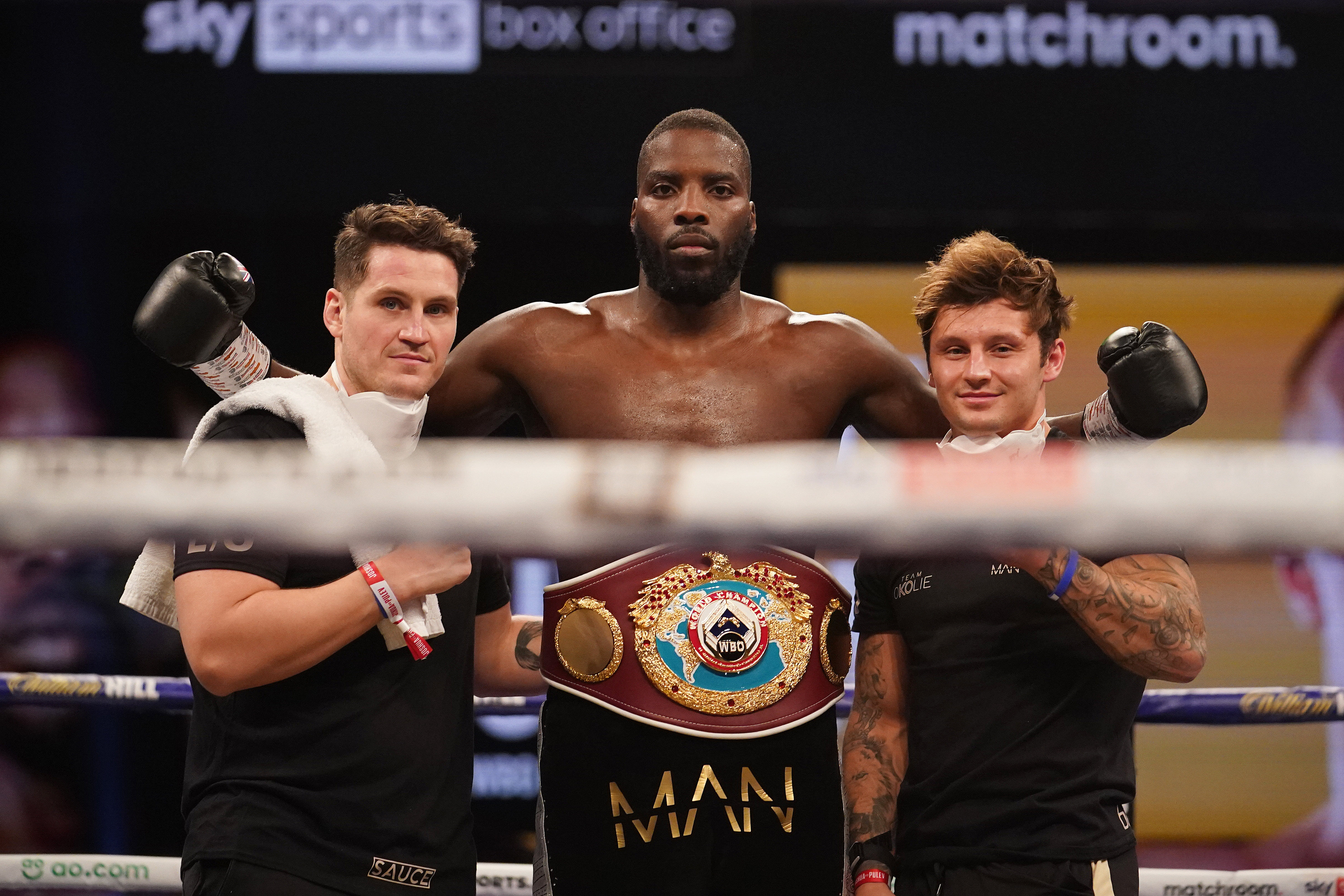 But after the Pole tested positive for coronavirus, he saw his dream shot at the world title fall by the wayside.

Okolie insisted he would not be disheartened by the setback and vowed to deal with the job at hand.

And the 27-year-old lived up to his promise as he dropped Jezewski three times inside two one-sided rounds.

Okolie said: "It was amazing, obviously I knew I had to put on a good performance, to secure the world title next year.

"Eddie had a word with me yesterday and said he wants a knockout and I'm happy to deliver.

"That's another undefeated fighter on my record."

Okolie came out of the blocks as soon as the first bell sounded, immediately using his superior range to utilise the straight right hand down the middle.

Midway into the round, Jezewski was backed up against the ropes, and forced on to his knees after a devastating body shot.

The teak, tough substitute opponent beat the count but found himself on the floor soon after.

A double jab followed by a right hand had Jezewski's legs wobbled before Okolie landed a perfect shot through the guard.

Again Jezewski got to his feet only to ship more punishment, but survived the round.

In the second it proved a similar story, as Okolie had his man shaken before a devastating right hand closed the show.

The 2016 Olympian moved to 15-0, with 11 knockouts, and put himself in perfect stead to face Glowacki for the crusierweight crown next year.