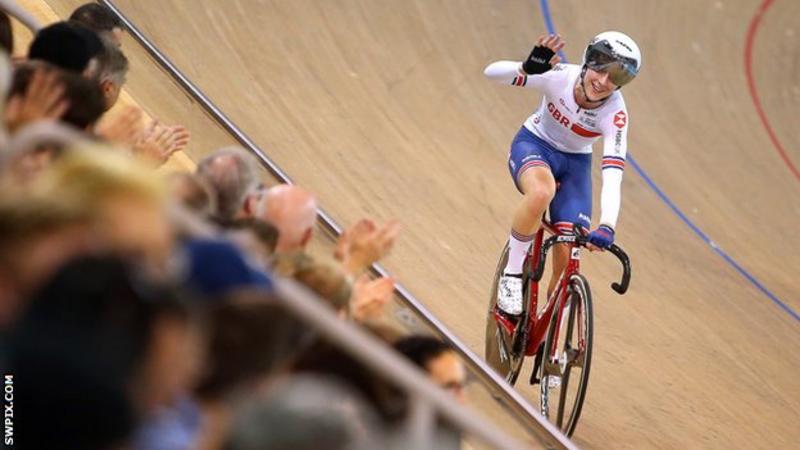 Britain’s Laura Kenny won her second gold medal of the UCI Track World Cup in Milton, Canada, with victory in the women’s omnium.

The 26-year-old, a two-time omnium Olympic champion, also won team pursuit gold on Friday in what was her first World Cup event since January 2016.

Four-time Olympic champion Kenny returned to cycling in March having given birth to her first child in August 2017.

“To say I was nervous would have been an understatement. My first World Cup in the new format,” Kenny said on Instagram.

“It took me a couple of events to find my feet and to get used to racing at this level again but once I did I felt more and more like my old self and by the points race I started to really enjoy it.”

Britain won eight medals at the World Cup in Milton, having picked up six medals in the opening World Cup event in France last weekend.

The six-stage series offers the chance to win Olympic qualifying points, with round four taking place in London in December.