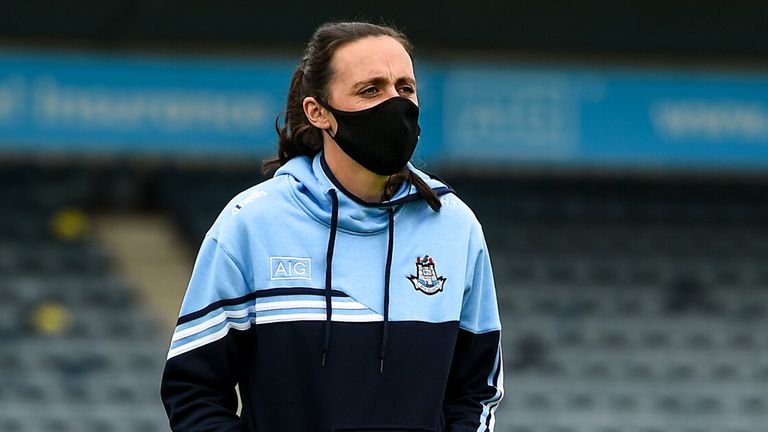 Irish rugby international Hannah Tyrrell cracked 1-5 as TG4 All-Ireland champions Dublin got their Lidl National League Division 1B campaign off to a convincing start against Waterford.

It took Dublin a few minutes to find their feet, but once Sinéad Aherne kicked her first point there was no stopping the Sky Blues. Skipper Aherne landed 1-7, while further goals from Niamh Hetherton, Orlagh Nolan, Lyndsey Davey and Caoimhe O’Connor saw Mick Bohan’s side cruise to a first-day win at Parnell Park.

Aileen Wall and Kate McGrath grabbed late goals for Waterford, while Maria Delahunty was a constant threat, but there was no way back for the Déise county. 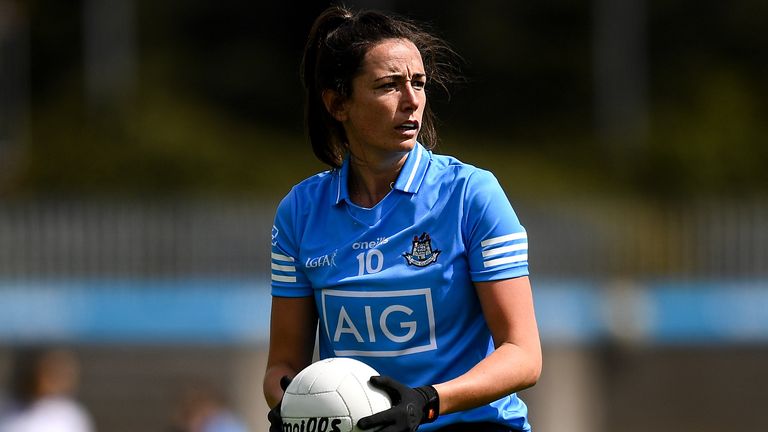 Elsewhere on Sunday, captain Niamh McLaughlin scored two goals as Donegal began their Lidl Division 1A season with a 2-13 to 1-7 win over Westmeath.

McLaughlin bagged the game’s opening goal with only 16 seconds on the clock and despite a strong first half from Westmeath, Donegal were three clear at the break.

A couple of Karen Guthrie frees kept Donegal in control, but McLaughlin raced clear to score her second goal while Leona Archibold’s penalty was too late for Sean Finnegan’s team.

On Saturday evening, Mayo scored 1-4 without reply in the closing five minutes to claim a 2-15 to 2-14 victory against neighbours Galway in an exciting Division 1A derby at MacHale Park.

Mayo’s second goal from a Rachel Kearns penalty lifted her side’s challenge before substitute Deirdre Doherty kicked the winner. Two Kate Slevin goals and seven Mairéad Seoighe points had Galway in control, but they fell away.

Tipperary were only two points behind at the interval after goals from Marie Creedon and Roisin Daly kept them in touch, but a show of power from the Cork bench and a classy Sadhbh O’Leary performance saw Ephie Fitzgerald’s side pull away.

In Division 2A Clare left it late to edge past Wexford, with Fidelma Marrinan kicking two late points in a 0-13 to 1-8 win, while Louise Ní Mhuircheartaigh, Siofra O’Shea and Hannah O’Donoghue goals helped Kerry to a 3-10 to 1-10 win over Meath in Navan.

Two goals from Geraldine Sheridan saw Cavan claim a 3-11 to 2-10 win over Monaghan in Division 2B, while Armagh staged a late, late comeback to deny Tyrone, winning on a 3-11 to 3-10 scoreline.

Elsewhere, Roscommon were 3-10 to 1-12 winners over Fermanagh, while Down fell to a shock defeat to Sligo with Ciara Gorman and Tara Walsh hitting key second-half goals in Division 3A. 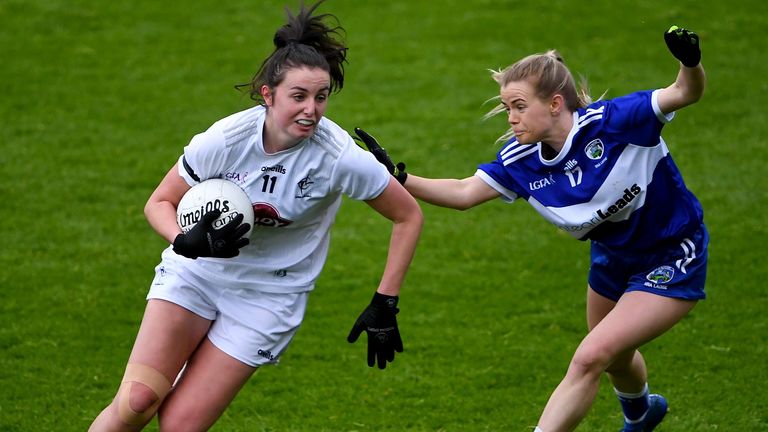 In Division 4 there were wins for Leitrim over Louth, for Antrim against Derry, while Offaly made their goals count in victory over Carlow.