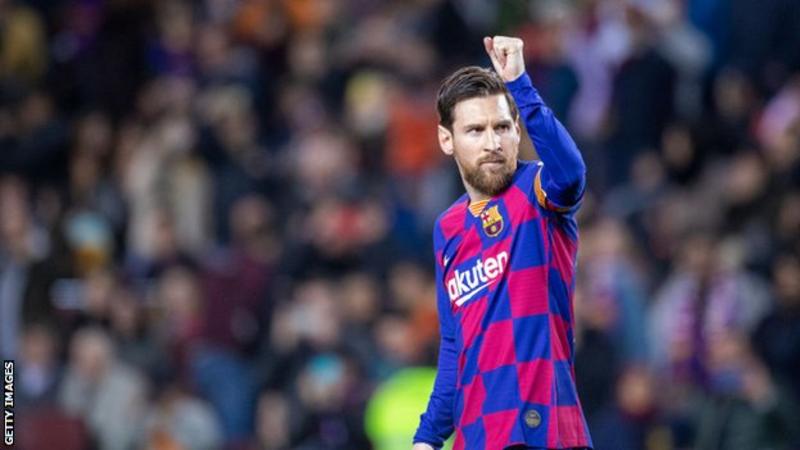 La Liga could resume as early as 28 May in the best-case scenario as the league discusses its options, says its president Javier Tebas.

No Spanish side has played a competitive game since 11 March, when Atletico Madrid knocked holders Liverpool out of the Champions League.

Tebas says training will not return until emergency measures – in place until 26 April – are lifted in Spain.

He estimates clubs could lose 1bn euros if the current campaign is cancelled.

Tebas revealed three start dates are currently being discussed with Uefa, saying: “Of all the different scenarios we have been looking at with Uefa to go back to competing, the most probable ones are 28 May, 6 June or 28 June,” he said.

“We can’t say an exact date. This will be given to us by the authorities in Spain. But we still have time to get back to training before that.”

Tebas says La Liga is not contemplating a failure to complete the domestic campaign, which still has 11 rounds of matches to play.

However, having done the maths, Tebas is conscious that even if games are played with supporters in stadiums, a scenario he does not feel is likely in the short term, the losses will be extreme.

He said: “If we are looking at the economic impact, including the money we would get from European competitions, the revenue Spanish clubs would miss out on if we don’t get back playing again is 1bn euros. If we do get playing but without spectators, it would be 300m.

“Even if we get back to playing with spectators, the damage this situation has already caused would be 150m euros.”