The striker, 20, scored in Paris Saint-Germain's thumping 5-0 win over Galatasaray in the Champions League on a night marred by violent clashes in the French capital. 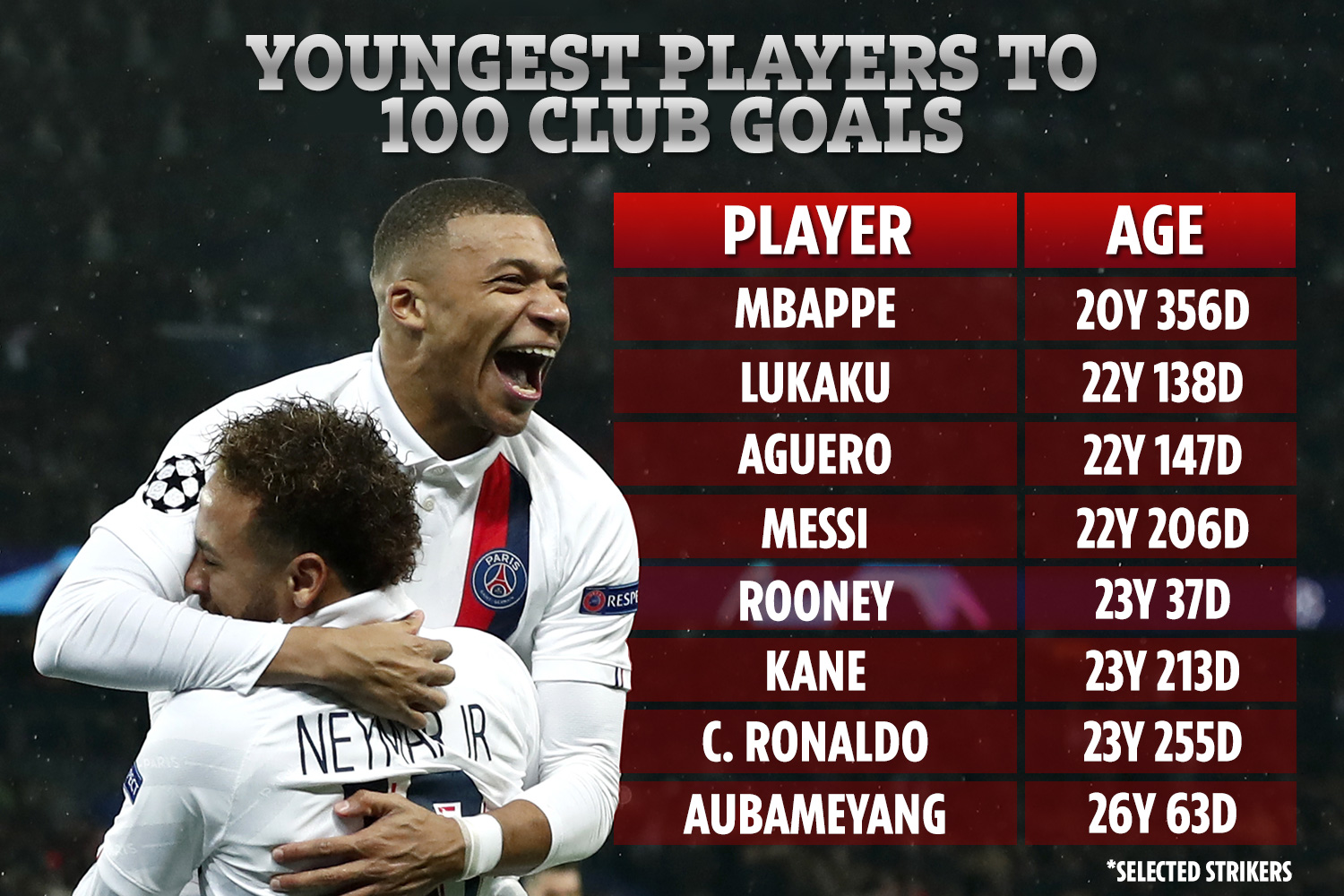 That is more than two years younger than Ronaldo, Lionel Messi and Co.

Messi (22 years and 206 days) beat old frenemy Ronaldo to another title by reaching 100 goals a year younger, with the Portuguese star 23 years and 255 days.

But both of them were beaten by Romelu Lukaku, with the former Chelsea, Everton and Manchester United striker reaching the milestone aged 22 years and 138 days.

Sergio Aguero comes third in our list of selected superstar strikers as he brought up his ton aged 22 years and 147 days.

Meanwhile, Arsenal talisman Pierre-Emerick Aubameyang had to wait until he was 26 years and 63 days to reach three figures – a veteran compared to the rest of the stars on the list.

Mbappe is undoubtedly the star man at PSG, despite the likes of Neymar being in the squad.

But he is reportedly holding off from signing a new contract at the Parc des Princes – with the striker wanting to aim higher.

Real Madrid are keen to bring the Frenchman to the Spanish capital but will have to pay £342million for his services.