Kuldeep Yadav claimed his second ODI hat-trick and Rohit Sharma struck his seventh ODI hundred of 2019 as India thumped West Indies by 107 runs to take the three-match series to a decider.

SCORECARD | AS IT HAPPENED

Spinner Kuldeep followed up his hat-trick against Australia in 2017 with another in Visakhapatnam on Wednesday, dismissing Shai Hope, Jason Holder and Alzarri Joseph from successive deliveries as West Indies folded to 280 all out in reply to India’s mammoth 387-5. 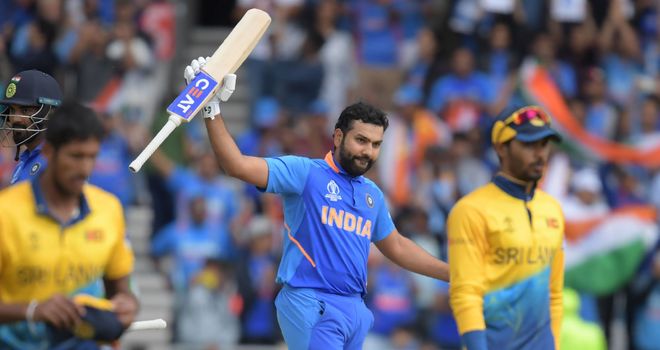 Virat Kohli was dismissed for a golden duck by Kieron Pollard, but the West Indies captain then suffered the same fate himself as West Indies’ run chase crumbled.

The tourists – who won the series opener in Chennai on Sunday by eight wickets thanks to centuries from Shai Hope and Shimron Hetmyer – were still in the game at 192-3 in the 30th over as Hope (78) and Nicholas Pooran (75) shared a partnership of 106.

But Mohammed Shami then took two wickets in as many balls, removing Pooran and Pollard, before Kuldeep’s hat-trick three overs later – the spinner having Hope caught at deep midwicket by Kohli, Holder stumped by Pant and Joseph pouched at slip by Kedar Jadhav.

The sides will now meet in a winner-takes-all third ODI in Cuttack on Sunday.