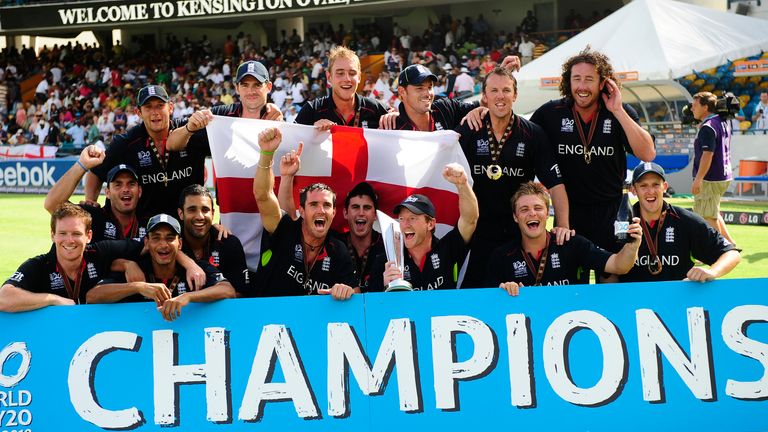 So precisely 10 years later, we will be marking the occasion with a special watchalong on Saturday evening as captain Paul Collingwood and some of his then team-mates join us for the closing stages of England’s seven-wicket win over Australia in the Barbados final a decade ago.

Collingwood – who scored the winning run in Bridgetown as England topped Australia’s total of 147 with three overs to spare – will share his memories of the game and the competition as a whole.

Kevin Pietersen – named Player of the Tournament after scoring 248 runs, including two half-centuries, in six matches – Stuart Broad and Graeme Swann will also join our coverage from 6pm on Sky Sports Cricket as we follow the end of England’s successful run chase.

Our rerun of the final will begin at 4pm on Sky Sports Cricket and Main Event – uninterrupted coverage will then continue on Main Event when the watchalong begins at 6pm on the cricket channel.

England edged into the Super 8s stage of the tournament on net run-rate after rain hindered then helped them in their pool games against hosts West Indies and qualifiers Ireland in Providence.

However, the rain reduced Windies’ ask to 60 from six overs and they got home with one ball to spare – Andre Fletcher hitting Broad away through point – to win in controversial style on the Duckworth-Lewis Method. 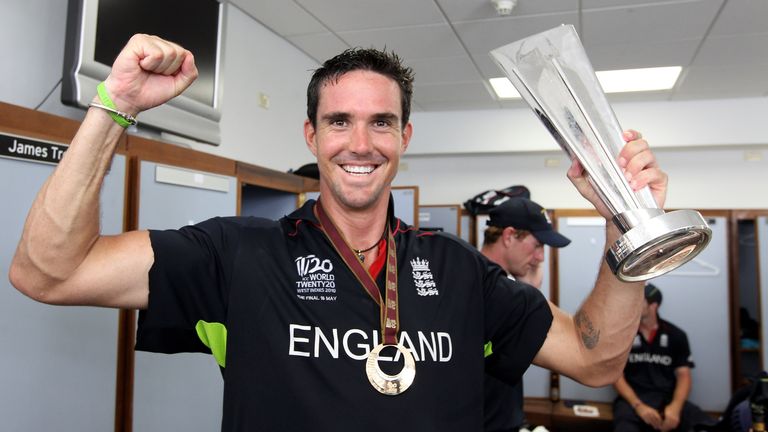 England were thankful to the rain a day later, though, after being limited to 120-8 against Ireland, with the wet weather only allowing for 3.3 overs of the run chase and a no-result to be called.

Collingwood’s side progressed into the next phase with Ireland eliminated, the latter’s run rate having taken a battering after they had been razed for 68 by West Indies in their opening game.

England soon improved, knocking off Pakistan, South Africa and New Zealand in the Super 8s, before coasting past Sri Lanka in the semi-finals to set up a date with Australia. 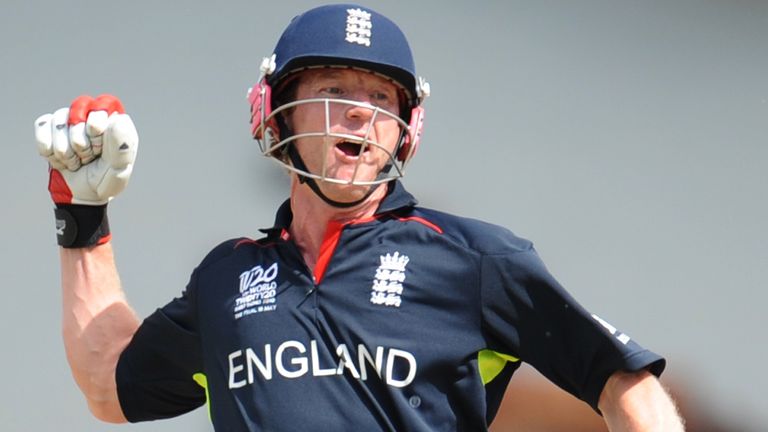 They then brushed Michael Clarke’s men aside, Player of the Match Craig Kieswetter (63) and Pietersen (47) breaking the back of the chase with a 111-run stand for the second wicket.

England triumphed in an ICC final at the fifth time of asking, having lost in the 50-over World Cup showpiece to West Indies (1979), Australia (1987) and Pakistan (1992), as well to West Indies in the final of the 2004 Champions Trophy in England.