JOSE MOURINHO has already lost more Premier League games as Tottenham manager than he did in his first TWO seasons with Chelsea.

The Portuguese was hired to replace Mauricio Pochettino in November but has failed to hit the ground running in North London. 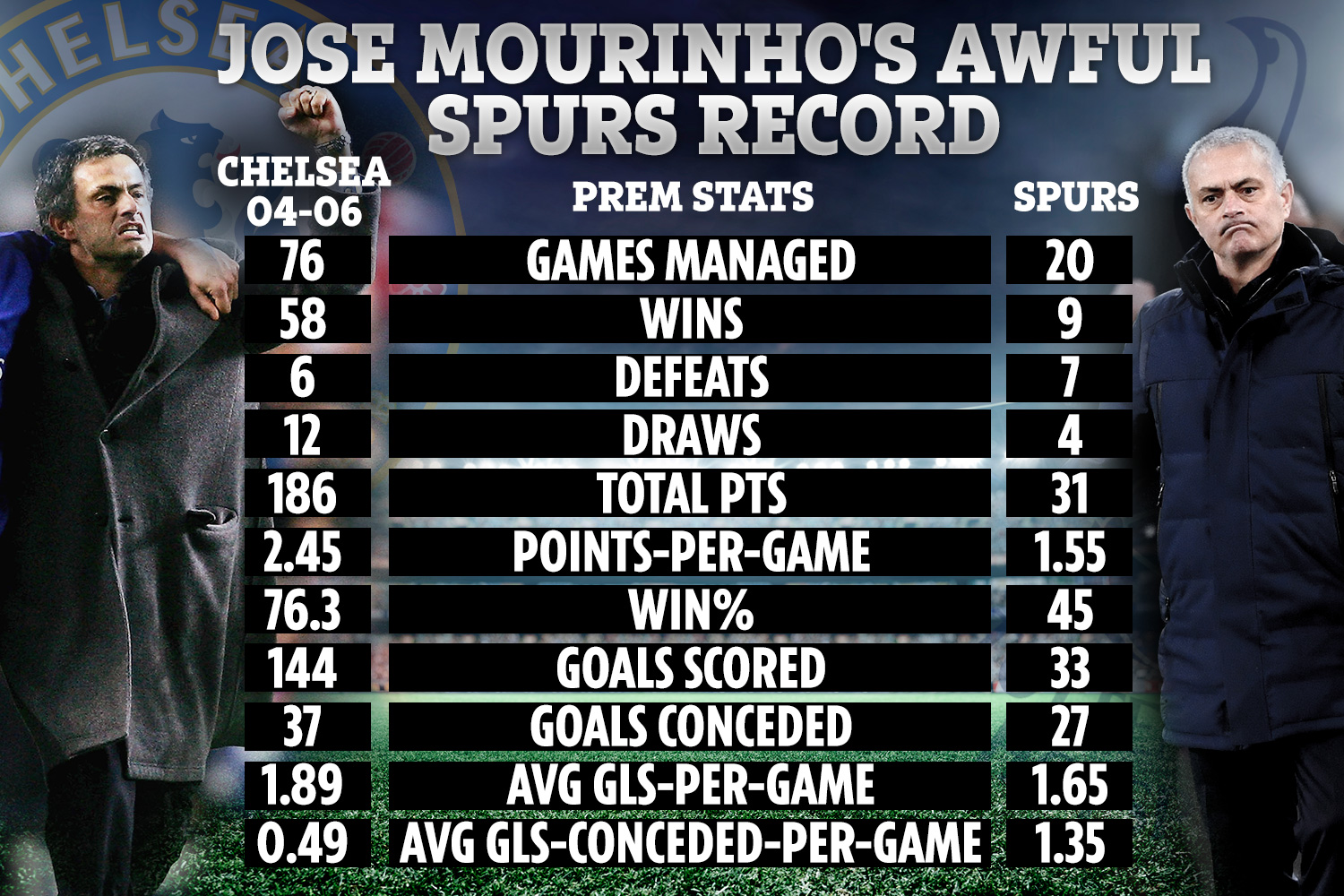 Spurs' 3-1 drubbing at the hands of Sheffield United on Thursday night was Mourinho's seventh defeat in the 20 games he has taken charge of.

Yet during the 76 matches over two full seasons from 2004-06 when he was first appointed boss at Stamford Bridge, Mourinho's team was only beaten six times.

He won the Premier League in both the 04/05 season and 05/06 as he led the Roman Abramovich revolution to its first League titles.

Mourinho exploded on to the scene with a dynamic style of play that saw Chelsea lose just one league game in his first season – a 1-0 defeat at Manchester City.

But compare that to the impact he has had in North London and you'd be forgiven for wondering if it is the same man.

Spurs have won just nine from 20 since Jose took charge with a win rate of just 45 per cent and a pitiful 1.55 points-per-game (PPG) ratio.

He managed 76.3 per cent during his first two seasons with the Blues and a staggering 2.45 PPG.

The 57-year-old's Chelsea team bagged an average 1.89 GPG during those first two historic seasons, conceding less than half (0.49-per-game) of the goals his Tottenham team have let in under his guidance.

It is worth noting the drastically different circumstances – and chairmen – Jose has been working under.

Abramovich was splashing the cash on players of the highest quality and backing his manager to the hilt.

While at Tottenham he answers to Daniel Levy, who has held back on spending big for years despite Pochettino pleading with him to invest as much as 18 months before he was let go.

The financial impact of coronavirus and the whopping £852million stadium loan repayments Spurs have to cover means their frugal transfer policy is unlikely to change for the foreseeable.

As a result Mourinho will be forced to work with what he has unless he can offload some players in order to fund the acquisition of some fresh faces.

Spurs currently sit ninth – one point behind bitter rivals Arsenal in eighth – and their Champions League qualification hopes are as good as over after the thumping by Chris Wilder's men. 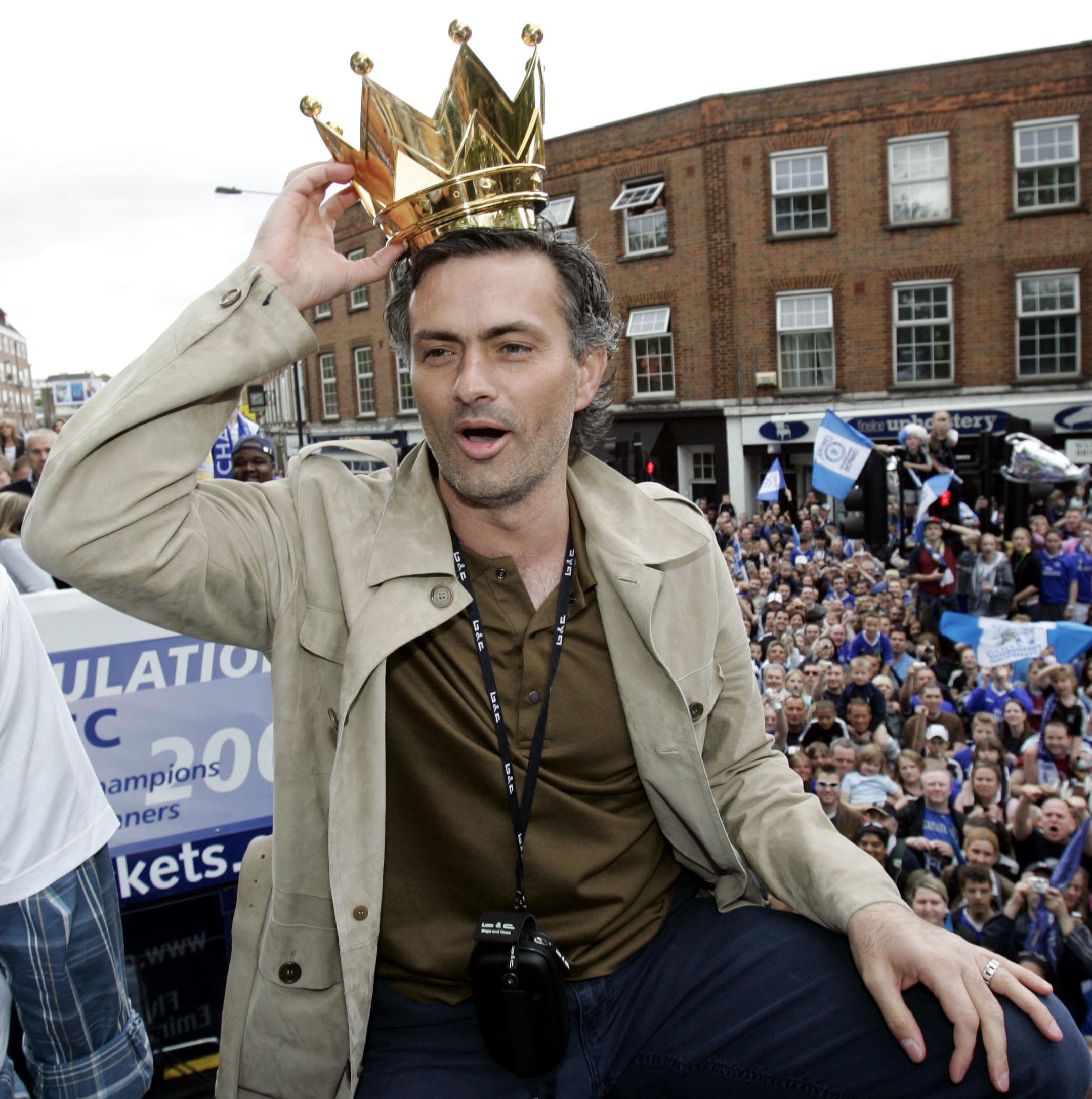