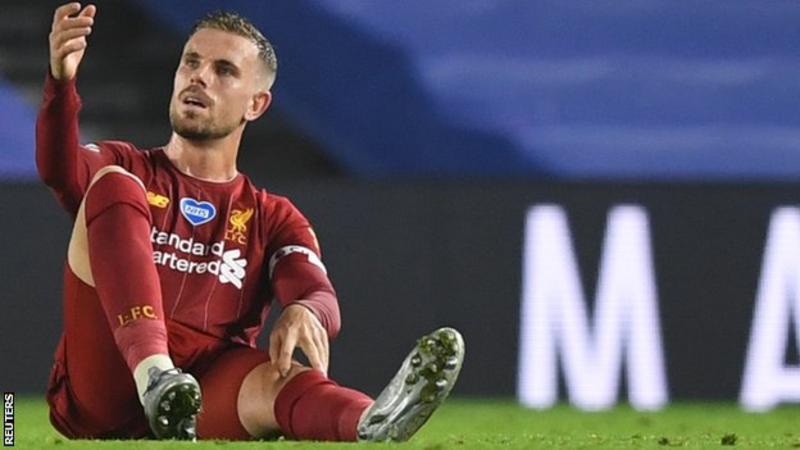 Liverpool captain Jordan Henderson has been ruled out for the remaining four games of the season with a knee injury, according to manager Jurgen Klopp.

Henderson scored in the 3-1 win against Brighton on Wednesday before limping off late on in the match.

Klopp said the England international should be fit again for the delayed start to the 2020-21 season.

But Henderson, 30, who has been a key part of this season’s Premier League-winning side will not need surgery.

“It’s not cool but it’s the best we could get,” Klopp said on Friday.

Liverpool ended a 30-year wait for a top-flight title last month and Klopp says the injury to Henderson, who has made 30 appearances for the Reds this season, will not stop the midfielder lifting the Premier League trophy at the club’s final home match against Chelsea on 22 July.

“It was an awful moment when he went down and left the pitch,” added Klopp.

“Hendo is an animal, he fights with everything. So he can really deal well with pain. At this moment he knew something had happened. It was a complete mood killer.

“There’s no surgery needed, that’s the good news and all the rest we can make our own decisions, but Hendo will lift the trophy.”