JOHN DALY played alongside his son and fans were going wild over his golf swing at the PNC Championship.

Little John Daly stole the limelight with his performance during the tournament. 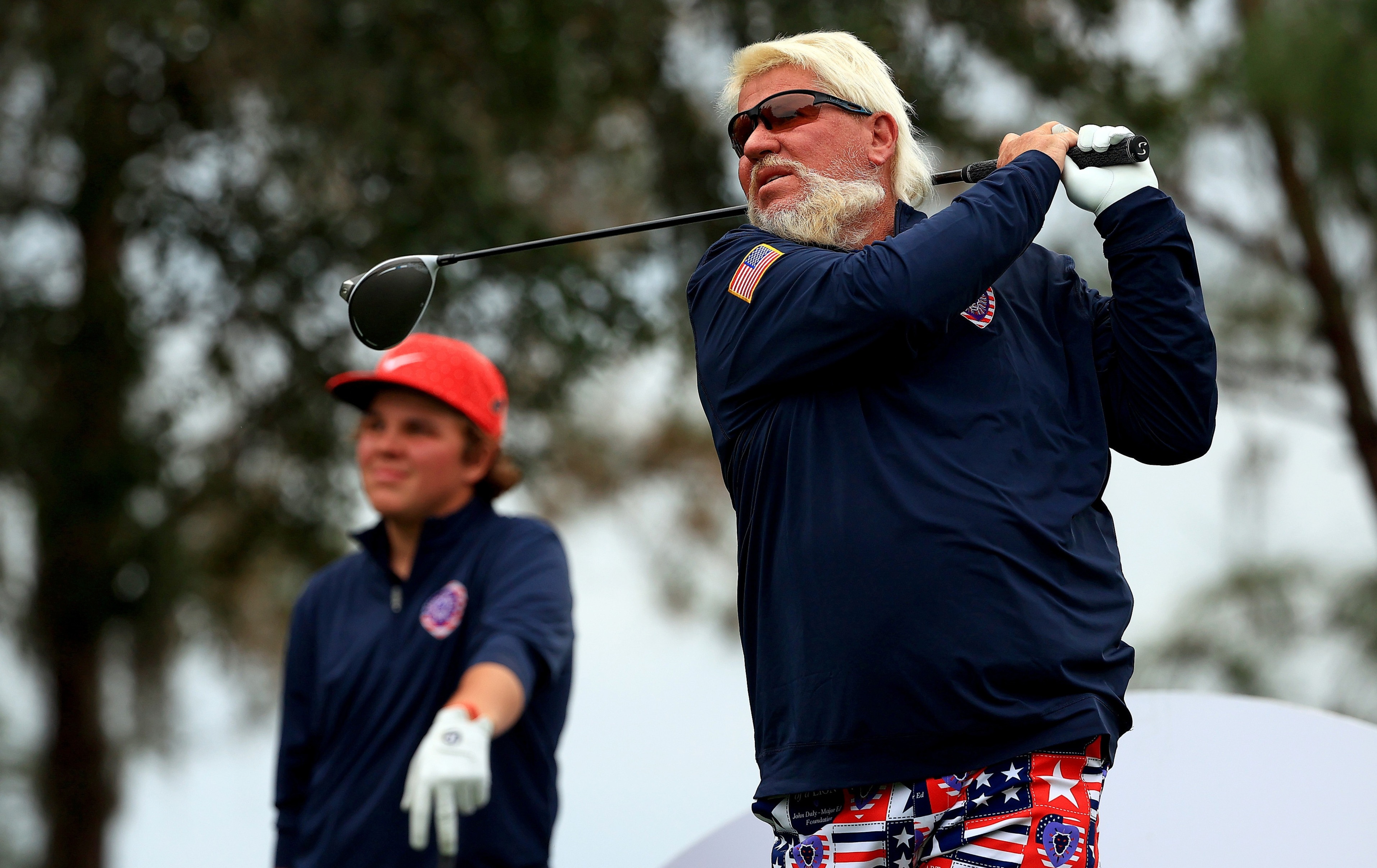 Daly's 16-year-old son has been touted for a big future and the fans were lapping up his golf swing at the team event at The Ritz-Carlton Golf Club in Florida.

'Wild Thing' was known for his ferocious power off the tee and Little John appears to have developed a similar swing.

And Little John appears to be heading for a big future if his performance at the PNC Championship is anything to go by.

Two-time major champion Daly was renowned as one of the most entertaining golfers in the world and his son appears to have the talent and swing to follow in his footsteps.

The tournament has provided a media frenzy with Tiger Woods teaming up alongside his 11-year-old son Charlie.

Charlie also produced a sensational eagle on Saturday, hitting a 5-wood 175 yards to within four feet of the hole.