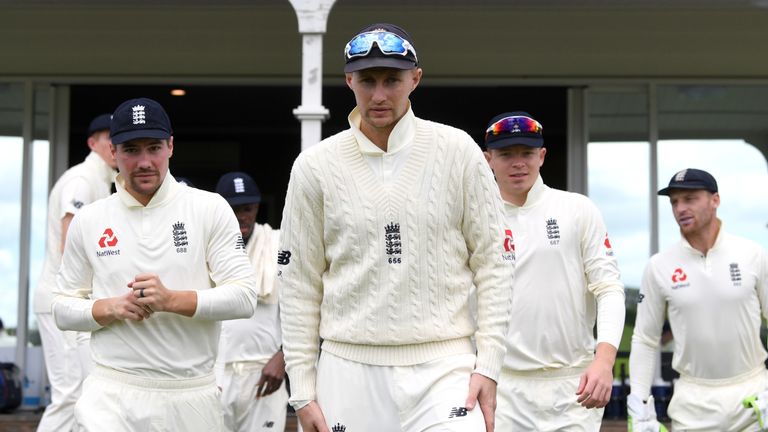 Joe Root says he will return to No 4 in England’s batting order for their upcoming Test series in New Zealand.

The England captain moved up to No 3 for this summer’s drawn Ashes series, where he racked up an average of 32.5.

But Root’s average at four is 10 runs better than it is at three, and he says dropping back down the order will help his performances and his captaincy.

Ahead of the first Test next Wednesday, live on Sky Sports, he told the BBC: “I’d like to be consistent with it now, moving forward.

“It doesn’t always work exactly how you want it to but it would be nice for that to be the case.

“I just think it suits my game a little bit more. It definitely fits in with captaincy a little bit better for me.

“I know previous captains have preferred to get out there early and just get amongst it but I quite like to split the two and to really focus on my batting.