JOE ROOT produced another epic innings that combined determination, endurance and, most of all, supreme skill against spin.

Test captain Root batted until the final over of day three of the Second Test before being run out for 186. He almost single-handedly prevented the match running away from England. 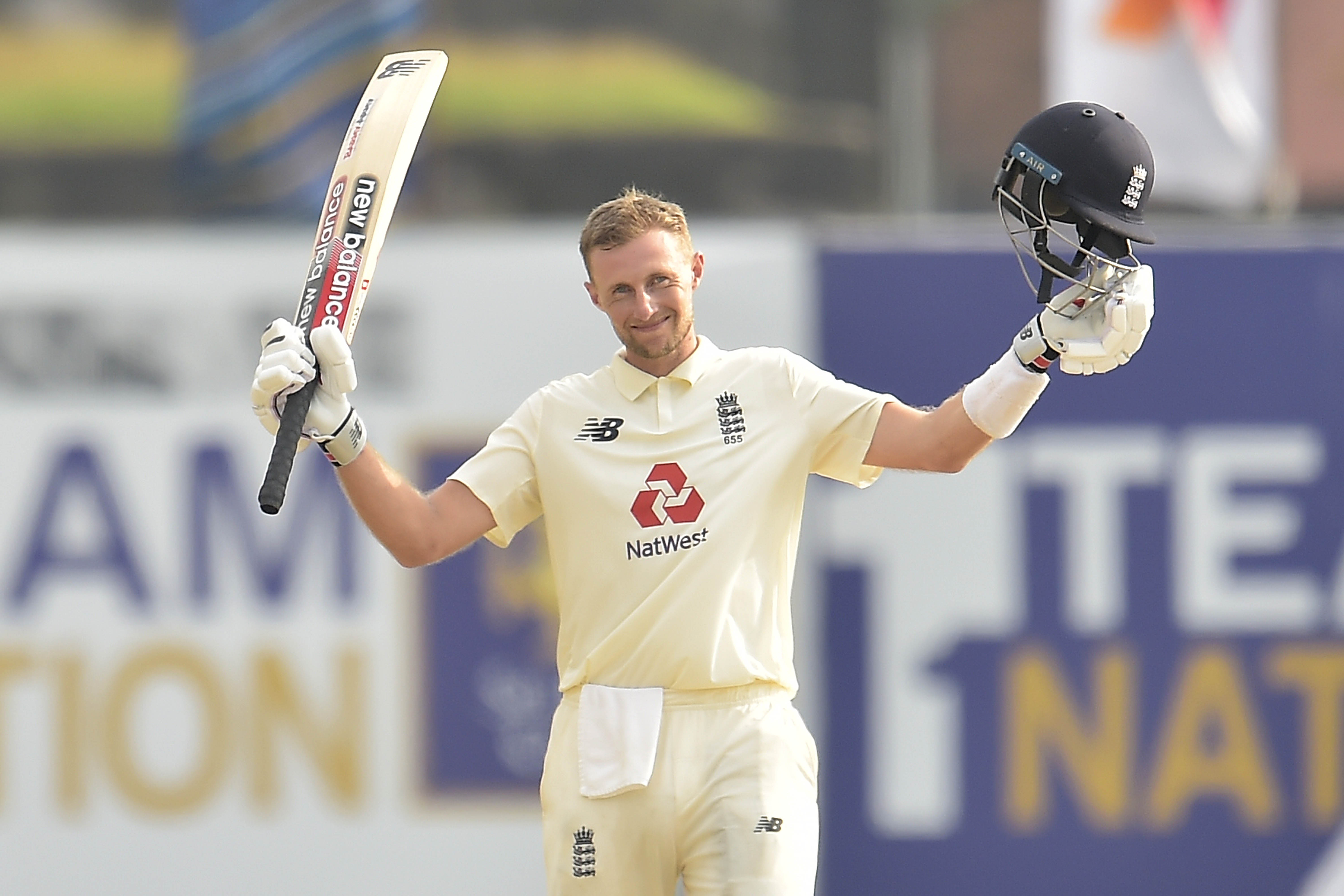 It followed his magnificent 228 in England’s seven-wicket victory in the First Test.

Root was eventually dismissed when he clipped the ball to short leg Oshada Fernando, who gathered and flicked onto the stumps with Root short of his ground.

It was Root’s second successive departure to a run out following his mix-up with Jonny Bairstow in the second innings of the First Test. His other dismissal in the series was a slog with the last man at the other end.

Root arrived at the crease on day two with England wobbling at 5-2 but hardly played a false shot across 309 deliveries.

Just like he did in the First Test, Root was either fully forward or fully back in a display of perfect footwork. He tucked the ball into the gaps and scored heavily with the sweep shot.

When Sri Lanka’s spinners tried to restrict his flow by bowling into the rough outside his leg stump, Root simply switched his hands, effectively became a left-hander and carried on sweeping. He nailed the shot pretty much every time.

This was the first time Root has scored centuries in back-to-back Tests and he became the first England player since Marcus Trescothick against Bangladesh in 2005 to score 150-plus in successive matches.

And the first to do so away from home since David Gower in Pakistan in 1984.

During the course of his innings, Root went past the Test career aggregates of Geoff Boycott, Kevin Pietersen and Gower. He is now behind only Alastair Cook, Graham Gooch and Alec Stewart.

He offered only one half-chance when, on 172, an edge flew close to Lahiru Thiramanne’s left hand at slip.

It was a physical challenge as much as a technical and mental one in the extreme heat. Root suffered some cramp and regularly took energy gels on board as well as litres of water and isotonic drinks.

He also suffered a back spasm near the close. There were aches and pains and fatigue – but a huge amount of pride and satisfaction. 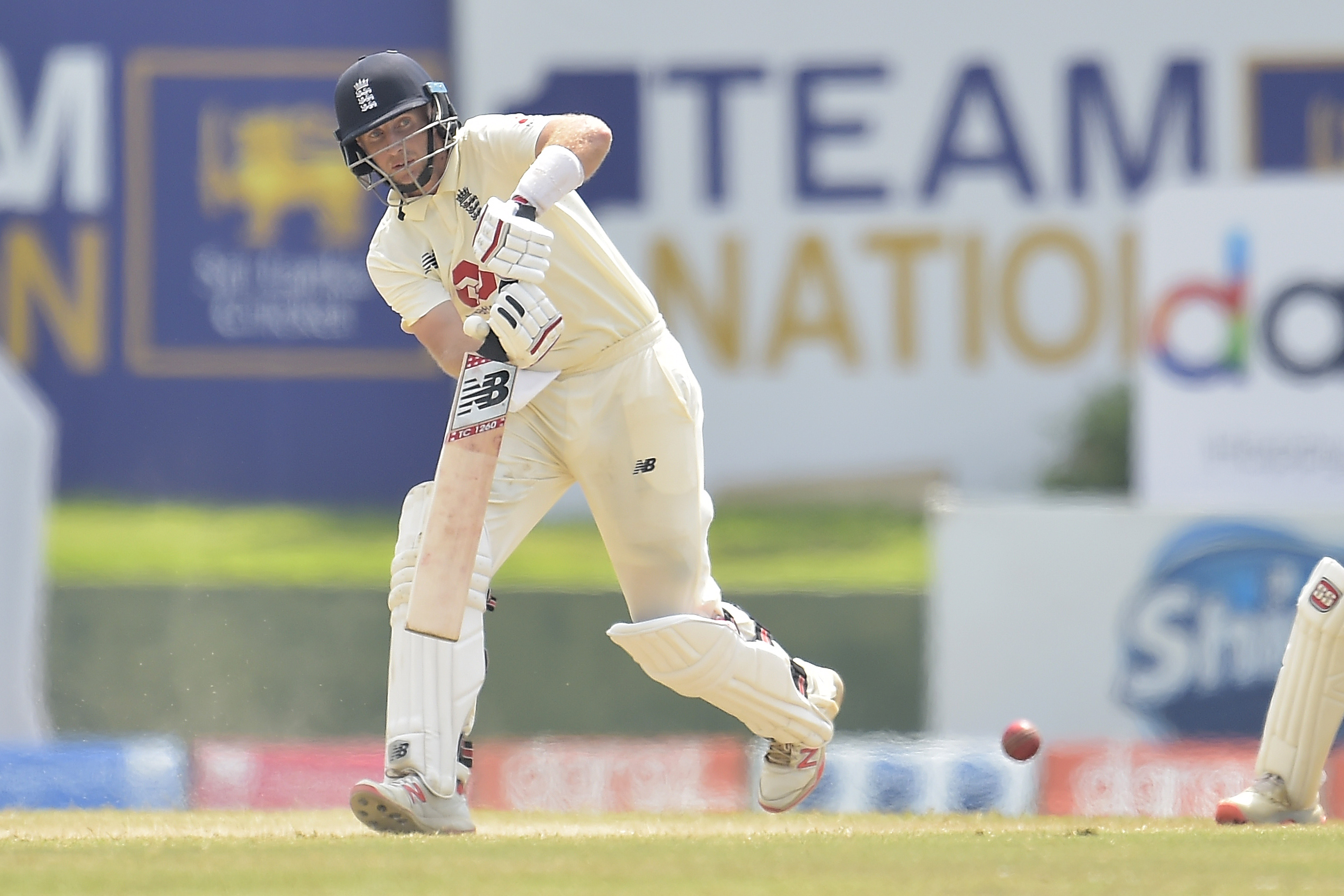 Bairstow was dismissed early on day three when an inside edge lobbed to silly point via his pad. Even though Bairstow started to walk, he was initially given not out. But DRS confirmed the edge.

Dan Lawrence, who shaped so promisingly in his debut last week, was less impressive this time. He could have been stumped on two and then, having added just a single, edged to slip.

Jos Buttler batted well, looked to be positive whenever possible, and helped Root put on 97 for the fifth wicket.

He was given out caught off the boot on 26 as he aimed a reverse sweep but replays showed Buttler hit the ball straight into the dirt.

Buttler eventually departed in a near-carbon copy moment. This time, however, replays showed his reverse sweep struck his boot before popping up into the short leg’s hands.

Sam Curran survived a DRS for lbw, then struck a huge straight six before edging his next delivery to slip.

Dom Bess came in with England six wickets down and still 129 runs behind. Their position remained precarious.

But the spin bowler kept his captain company in a vital seventh-wicket stand that reduced England’s deficit to below 50 before Bess edged to slip for 32.

It was Embuldeniya’s sixth wicket and he took No.7 when Mark Wood attempted a big slog and edged to slip. Thiramanne held his fifth catch.