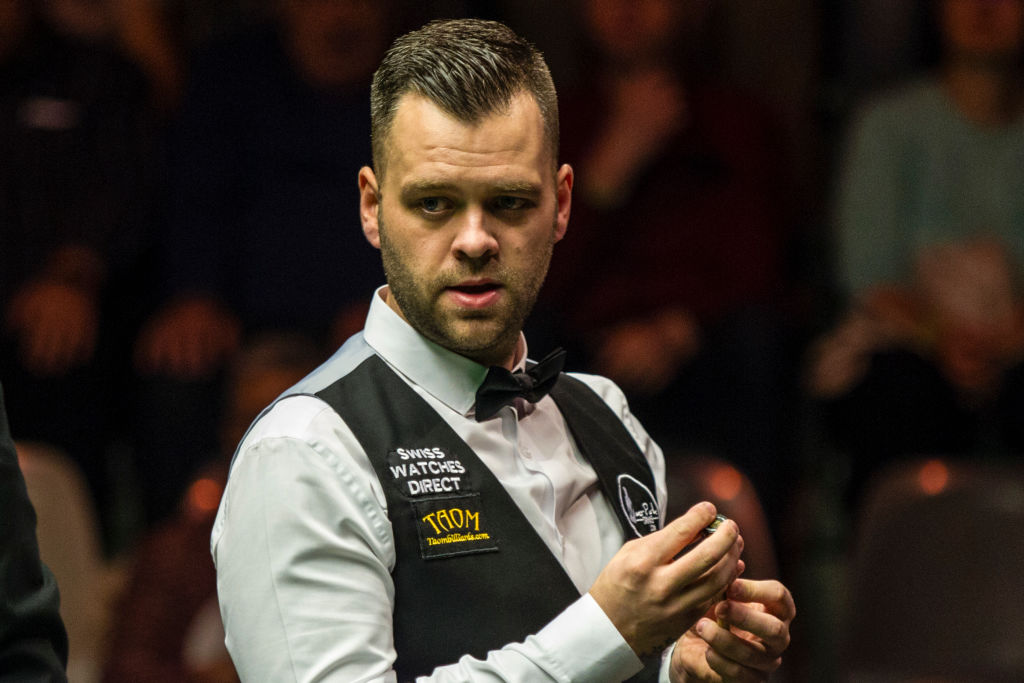 Jimmy Robertson says his 6-4 win over John Higgins in the Players Championship quarter-final is the biggest result of his career to date, despite already having a ranking title under his belt.

Robertson scored the stunning upset despite falling 2-0 behind and Higgins missing the black for a 3-0 lead, as the Englishman dug in and continued to show the impressive form he has displayed for much of the season.

The 35-year-old won the 2018 European Masters, but this victory over the four-time world champ in a huge event like the Players Championship supersedes it in his mind.

‘I keep saying that over the years I’ve struggled playing the top boys on the one-table set-up. Even though I won a tournament three years ago, it still feels new to me and the more I keep getting there, I’m feeling more and more comfortable, I’m still learning.’

Higgins was terribly disappointed to relinquish the Players Championship title which he won in fine style last year, but admitted he did not deserve the victory after a below-par performance.

‘When I had the chance to go 3-0 in front, it was a bad sign I suppose,’ he said. ‘After that my action just went, I was hitting at the balls instead of stroking them, I had no timing, it was poor.

‘I fought away at the end there, but I wouldn’t have deserved to get back, I don’t think. Poor, poor, I’m disappointed.’

Robertson now takes on his namesake Neil in the semi-finals and Higgins warned him that there would be a sterner test ahead.

‘Good luck to him,’ said John. ‘He’ll have to play better against Neil, he’ll have to raise his game, but he’s still in it.’

Jimmy will be huge underdog against the Aussie, but will just be looking to make the most of the huge opportunity.

‘I’m just going to try and enjoy the occasion,’ he said. ‘It’s going to be a massive task, obviously, but if I can relax and play how I can play then I’ve got a chance.’

Higgins was overwhelming favourite with the bookmakers before the match, and it seemed like they had got it right as the Scot won the first two frames of the match.

The Scot then missed the final black to go three frames ahead, but surprisingly missed to allow Robertson to get on the board, before the Englishman made breaks of 57 and 59 to take the lead.

The Wizard stopped the rot with a break of 68 in the sixth to level up, but the Englishman responded with 102 and 57 to go one frame from victory.

The four-time world champion kept the frame alive with an effort of 80 before a dramatic tneth frame.

Robertson looked to have got the game pretty much wrapped up as he had Higgins needing two snookers, but the Scot is in his element in that situation and got them both soon enough, leaving a safety battle on the colours.

It was a fantastic effort from Robertson to avoid the Higgins fightback and eventually pot brown and blue to secure a spot in the semis against his namesake Neil.