The striker hailed Vichai Srivaddhanaprabha a legend as he thanked the Leicester owner, who died in a helicopter crash, for all he had done for the Vardy family. 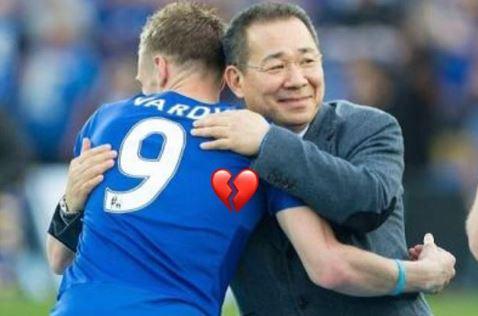 Posting the tribute on his social media channels, the Leicester player wrote: "Struggling to find the right words.. but to me you are a legend, an incredible man who had the biggest heart, the soul of Leicester City Football Club.

"Thank you for everything you did for me, my family and our club.

"I will truly miss you… may you rest in peace #theboss."

The popular striker moved to the Foxes under Srivaddhanaprabha's reign and the pair were part of the Leicester family that enjoyed unrivalled success in both the Championship and Premier League within a matter of years. 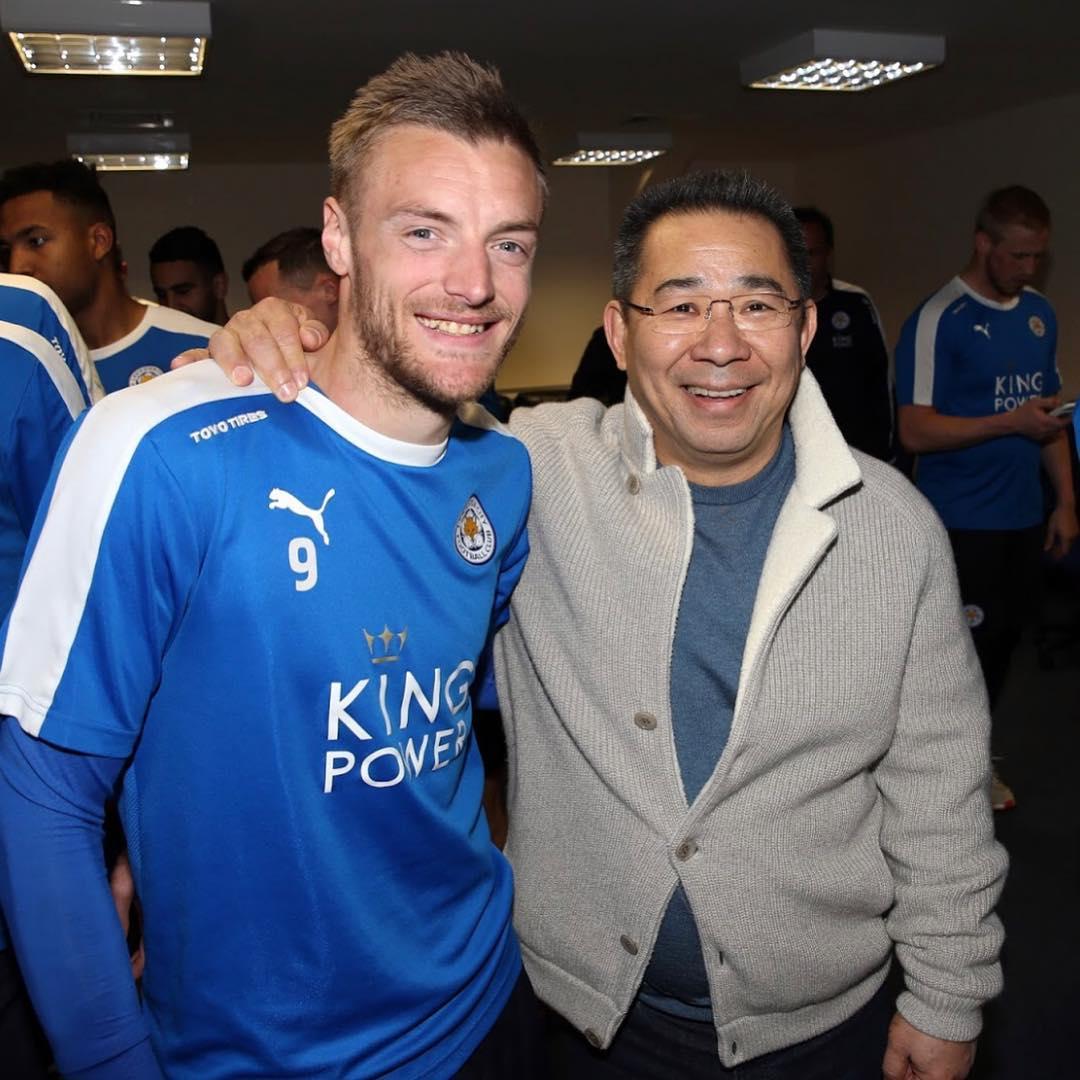 Srivaddhanaprabha purchased Leicester in 2010 and just two years later set a non-league fee record when they brought Vardy for £1million.

The investment paid off both on and off the pitch, as Vardy and Srivaddhanaprabha became close.

The striker's wife also posted a tribute to Srivaddhanaprabha, demonstrating just how involved he was with his player's lives, so much so that he had attended the Vardy's wedding.

Rebekah Vardy said: "You may be gone from our sight but never from our hearts.. yesterday we lost a member of our extended family, a man that meant to world to us and so many. He was the most kindest…" 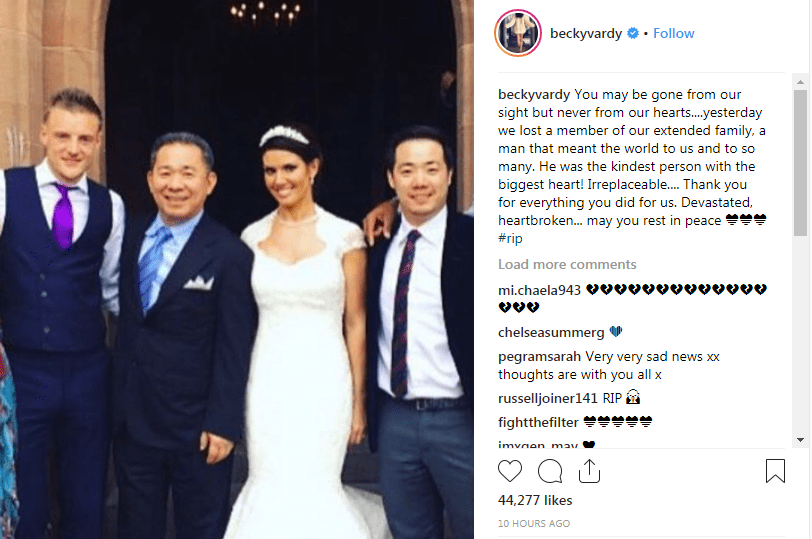 Vardy also posted a picture on her story of Srivaddhanaprabha praying in the stands at the King Power and captioned it 'tonight we pray for you'.

As tradition dictates, Srivaddhanaprabha boarded his helicopter from the pitch at the King Power stadium on Saturday evening.

But the routine flight ended in tragedy.

The helicopter burst into flames shortly after taking off from the club's ground, Srivaddhanaprabha along with four others on board lost their lives in the fireball.

Kasper Schmeichel was one of the first at the horrific scene and was seen in tears as he witnessed the devastating incident.

Leicester's keeper penned a deeply poignant and emotional address to Srivaddhanaprabha after the news of his death was confirmed.

He wrote about how the incredible chairman had made his dream come true and changed football forever, the opening of his tribute said:  “Dear Mr Chairman. I cannot believe this is happening. I am so totally devastated and heartbroken. 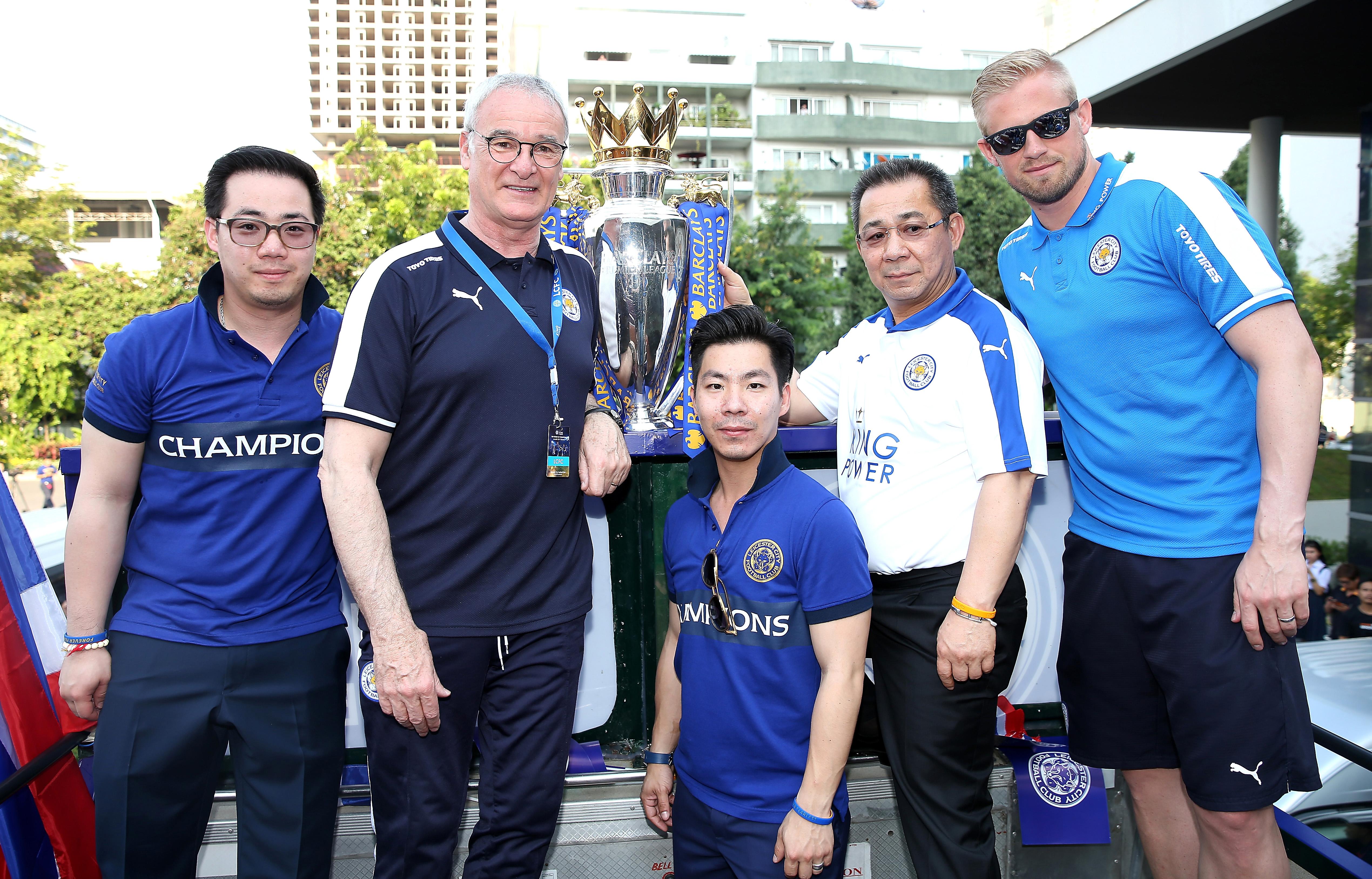 “It is difficult to put into words how much you have meant to this football club and to the city of Leicester.

"We all know about the investment in the football club you and your family have made- but this is about so much more.

"You cared so deeply for not just the club but for the entire community. Your endless contribution to Leicester’s hospitals and charities will never be forgotten. You went above and beyond in every aspect.

“Never have I ever come across a man like you. So hard working, so dedicated, so passionate, so kind and so generous in the extreme. 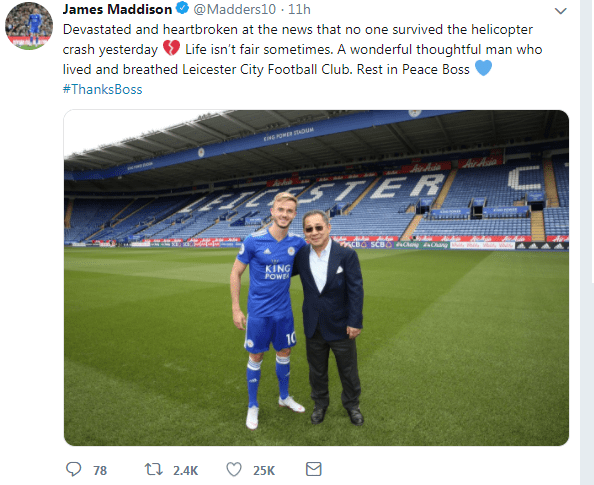 He wrote: "Devastated and heartbroken at the news that no one survived the helicopter crash yesterday 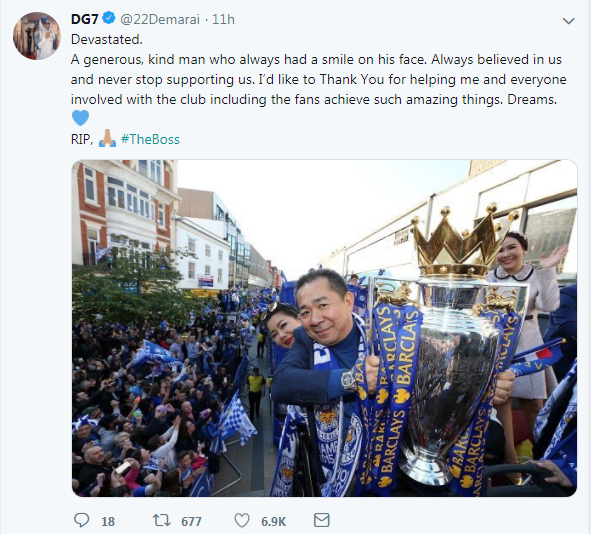 Demarai Gray also dedicated a post to Srivaddhanaprabha and like the other Leicester players, he signed his touching message off with 'the boss'.

The winger took to Twitter to share his grief, he wrote: "Devastated. A generous, kind man who always had a smile on his face.

"Always believed in us and never stop supporting us.

"I'd like to Thank You for helping me and everyone involved with the club including the fans achieve such amazing things. Dreams.