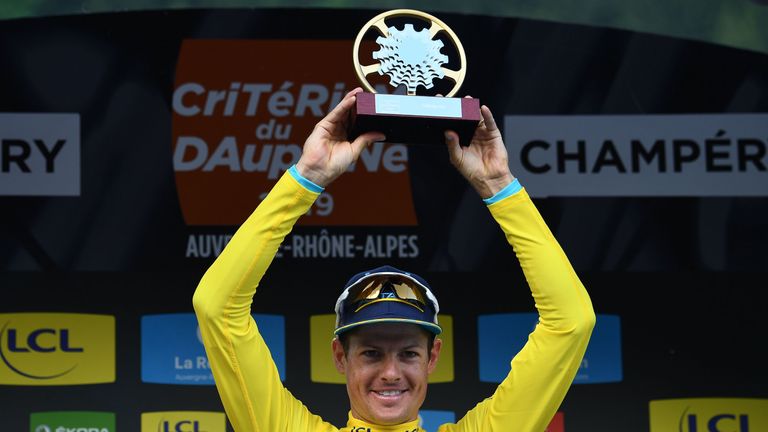 Denmark’s Jakob Fuglsang won the Criterium du Dauphine on Sunday as he held onto the advantage he carried into the eighth and final stage.

Dylan van Baarle won a close battle with Jack Haig to take the stage victory, as the competitors rode across the border from Cluses, France to Champery, Switzerland.

Fuglsang had carried an eight-second lead over Adam Yates into the final stage, but the British rider pulled up with less than 50 kilometres to go as he struggled with fever.