You can understand where Australian cricket captain Meg Lanning is coming from when she suggests that women’s sports teams and competitions drop the W from their names and that women’s sport becomes simply sport.

But it is as Lanning says, a different place, marked with a W. “It might only seem like a small thing,” she said, “but it still differentiates it a little bit. While it does seem quite small and subtle it can make a big difference.” 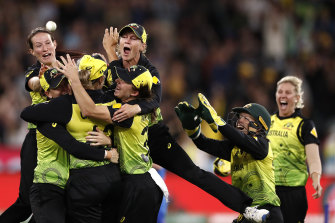 But that raises a question: in the quest for equalisation, do we want homogenisation? Do we want to remove gender from the landscape altogether?

I would have thought not. So rather than undifferentiated sport, the aim surely should be sport that is different but equal, cherishing the difference and respecting each equally.

Other sports do. Tennis and athletics spring to mind. Both have longer traditions of giving women their due than, for instance, cricket, footy and soccer. Both still use the W designator to distinguish. At a level, it’s a practical thing, an administrative necessity. Modern names are notoriously interchangeable. The name of Australia’s best tennis player is one example. 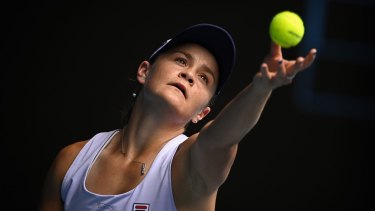 Women’s sport has made many gains recently, and cricket had its giant leap forward 12 months ago when it packed out the MCG for the World Cup final. But you still sense there is a bridge that many men – and women – have not crossed, from comparing men’s and women’s sport to appreciating each on its own terms. Strangely enough, in my experience, elite sportsmen have no trouble crossing this bridge. Fans do.

I’m guessing this is what Lanning means when she says the letter W differentiates her game from the men’s. She feels that there is still, if not a stigma, a qualifying clause, a withholding, a refusal to deal in anything but absolutes. She’s right. But losing the W won’t change that, because it won’t change the fact of the genders and the essence of their games.

Surely it would be better to append an M to the men’s competition to avoid confusion in sports popularly played by both genders – as some organisations do already.

That would deal with the paperwork, and then sports could continue to work to a time when men and women can play their games alongside each other, sharing their common enjoyment without overlay or undertone – a time when in terms of the regard in which the sports are held, M and W are simply nomenclature.