The racing champ rushed back to his dog after finishing in second place in the US Grand Prix in Texas on Sunday, to celebrate the hound’s ninth birthday. 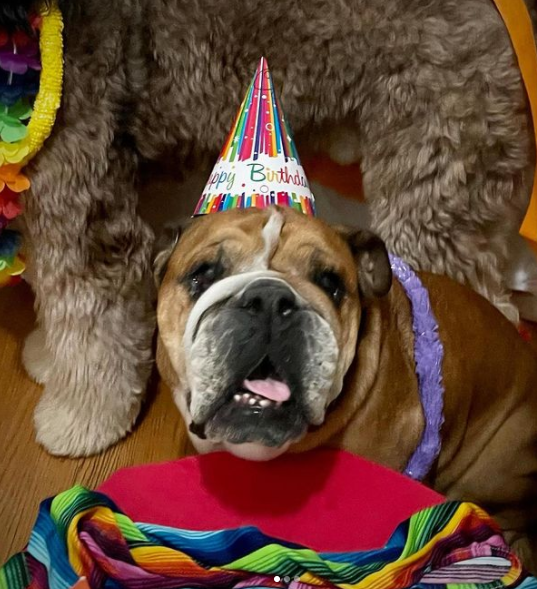 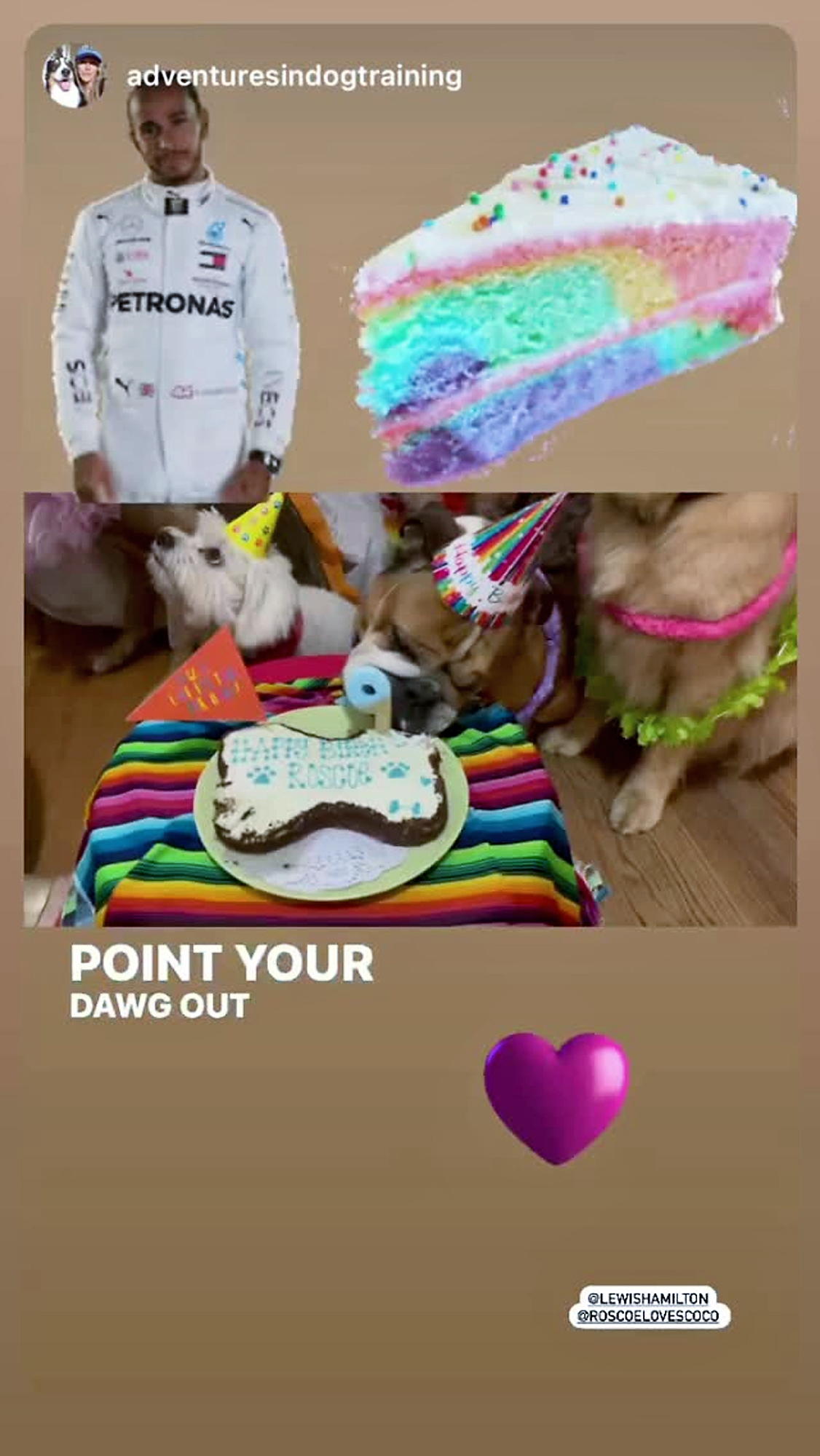 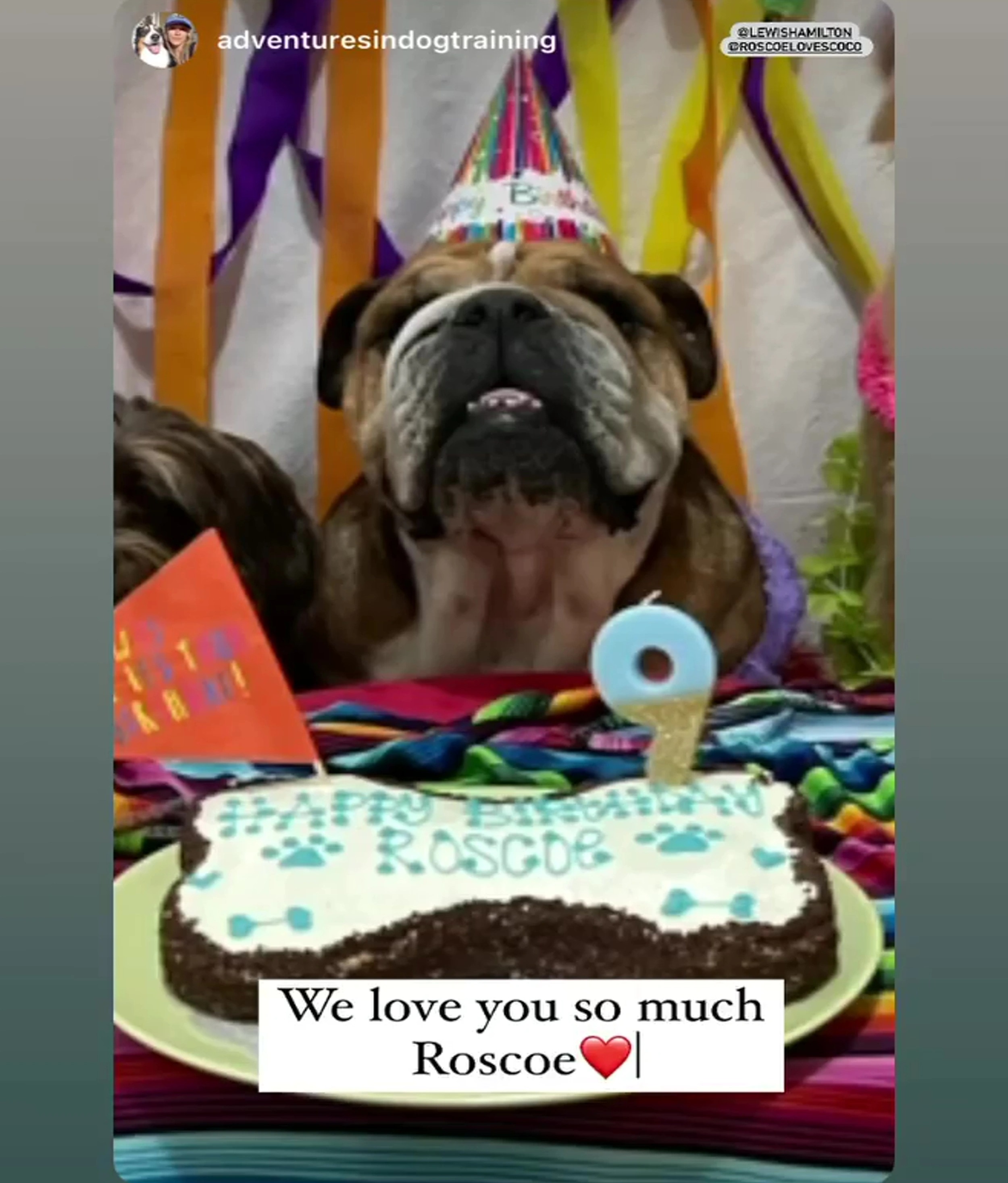 Roscoe was pictured devouring a pricey, vegan, bone-shaped birthday cake covered with his name written on it in blue icing.

Hamilton, 36, also shared videos online of his pooch surrounded by doggy pals who were dressed up wearing brightly coloured outfits and party hats for the occasion.

Alongside one video, Lewis pretended to be the dog and wrote: “It’s my’s birthdays today’s.

"Hads the best times excepts whens my friends starteds to eats my cakes.”

Responding to footage of the party on Twitter, one fan @carolthethird wrote: “Man got a better birthday than me this year.”

He said: “He’s my best friend. I can confide in him, and he brings me happiness every day.“

"When I go training, he’s sad when I leave. And when I get back, he’s super happy."

He was criticised last year after revealing Roscoe was now a vegan, claiming that a plant-based diet had the dog acting “like a puppy again." 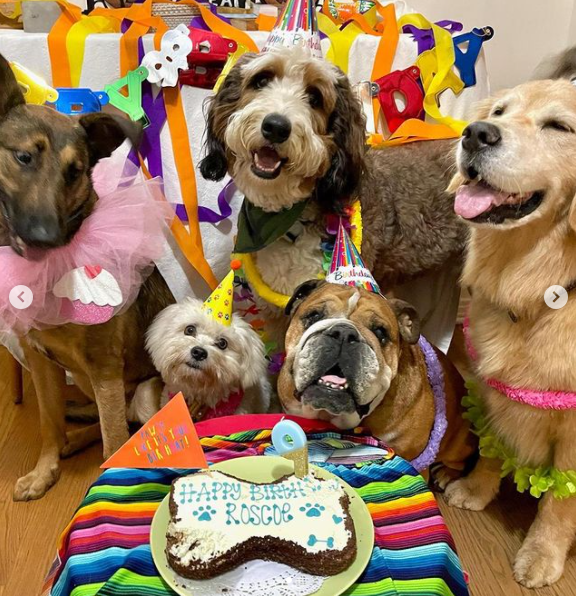 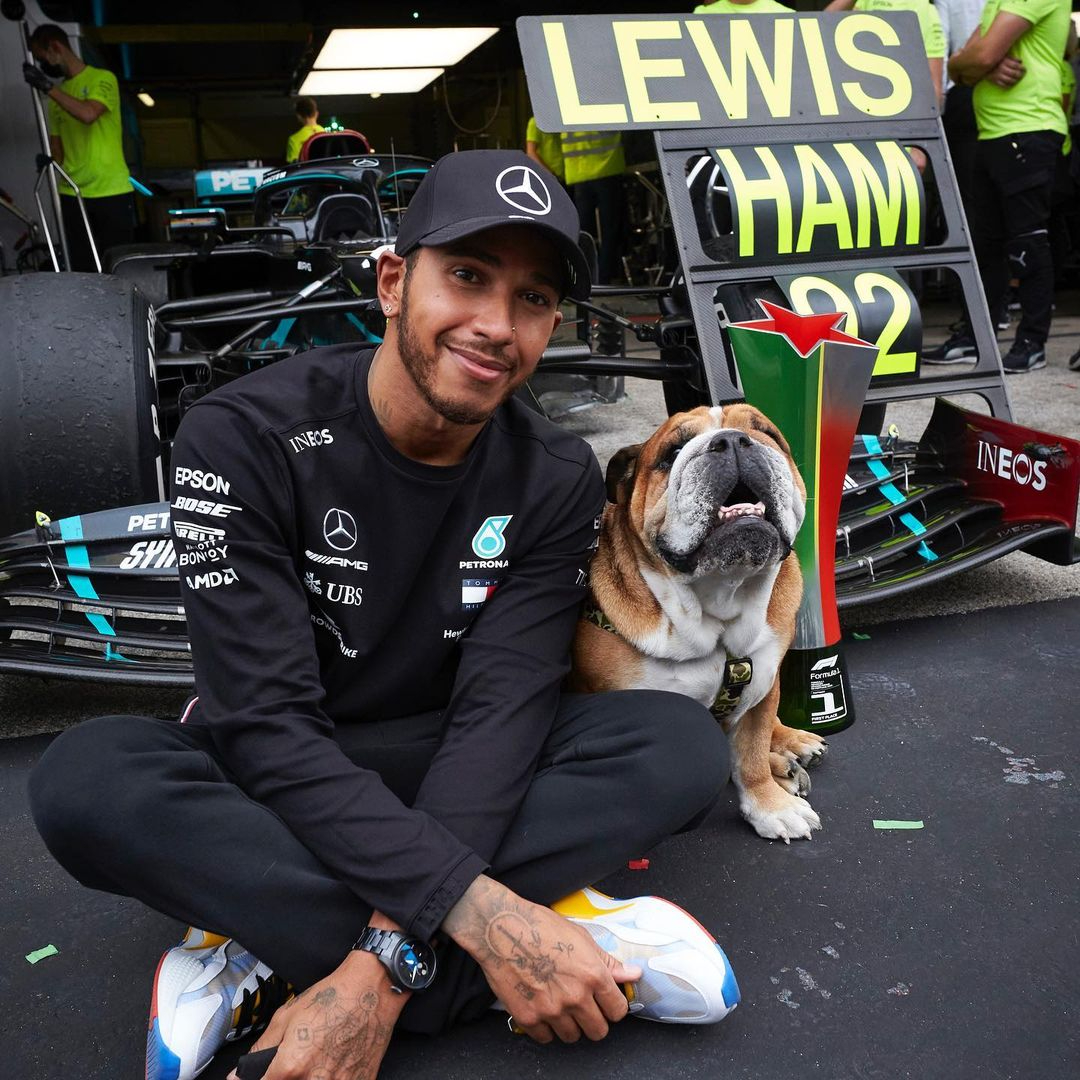