THIS is where all the magic happens.

Thanks to Dana White, the UFC has become one of the world's fastest-growing sports brands. 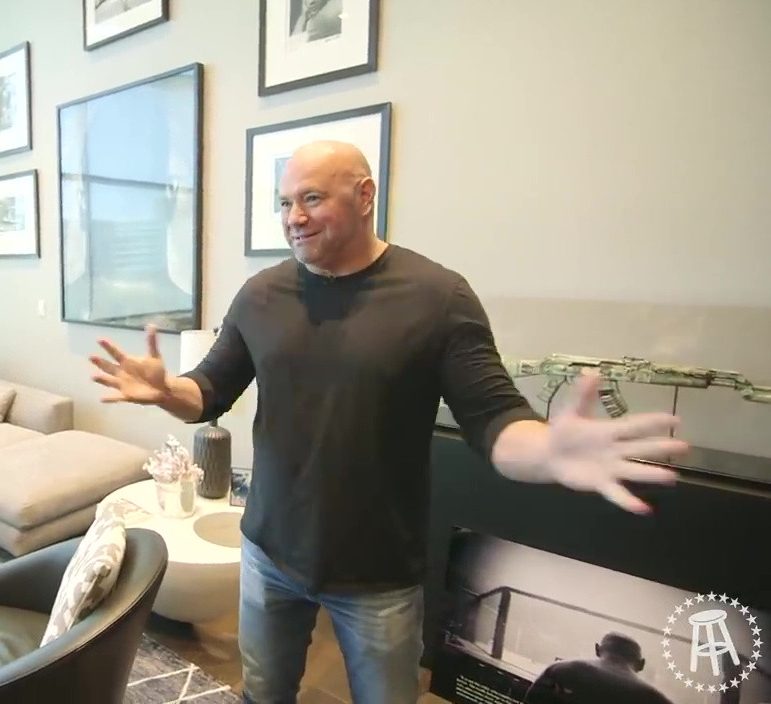 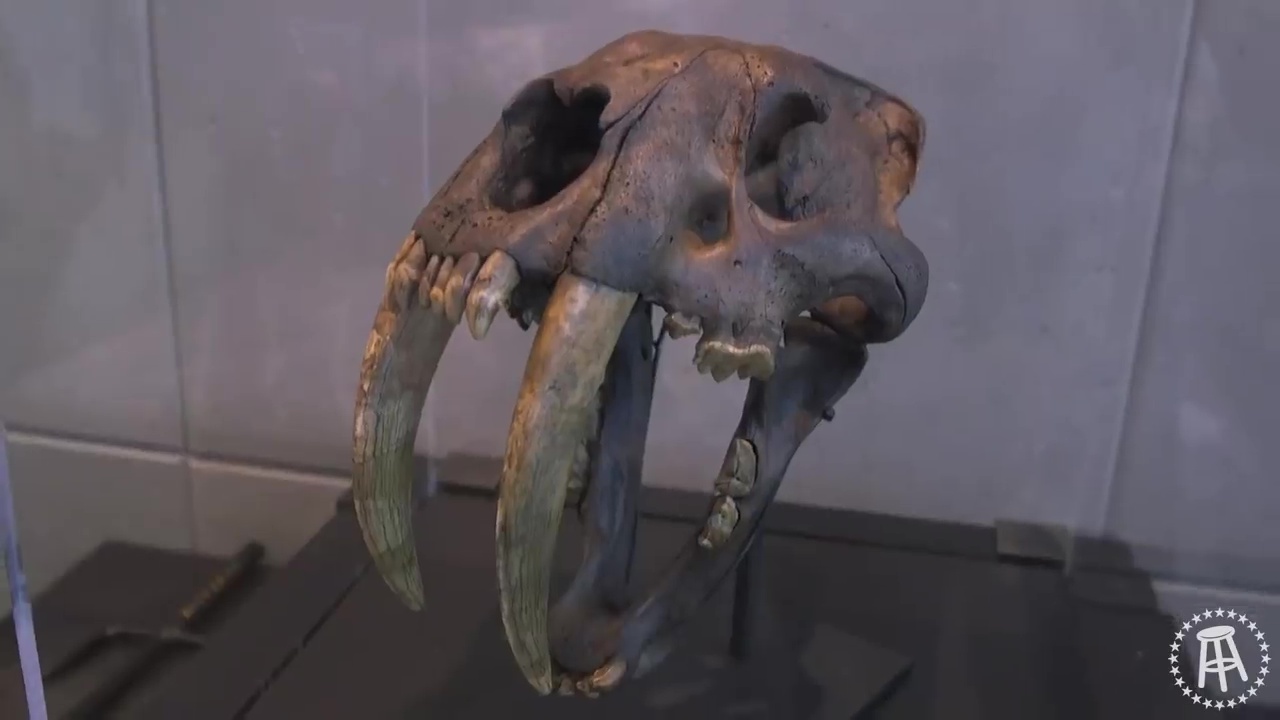 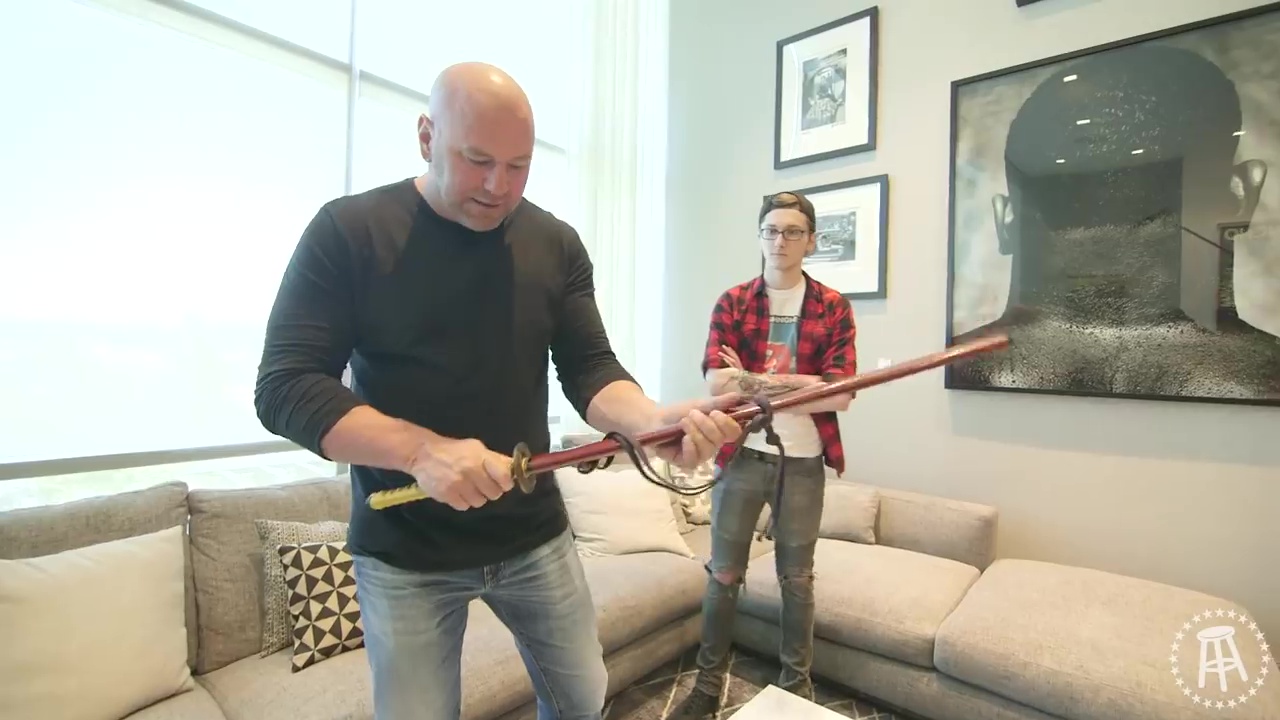 And as president, he is in charge of orchestrating events, including upcoming shows in Jacksonville, Florida on May 13 and May 16, while much of the sporting world is in lockdown.

It's from here – his incredible office in Las Vegas, Nevada – where White, 50, makes all the big decisions.

Inside he has samurai swords that date back to the 1500s, artwork including a gun decorated in dollar bills with bullets in a clip filled with materials including cocaine, as well as a priceless fossil of a sabre-tooth tiger skull.

If that's not enough, there's a bar, a gym, and even a war room where he chooses his fights.

Join us for a tour.

A look at White's office, shows he's a collector of art and historical bits and bobs.

Not forgetting their original owner, White also has a statue of the samurai that carried them in all his immortalised glory.

A fossil of a sabre-tooth tiger skull sits next to that, which is White's prized possession – and something he revealed he will never part with. 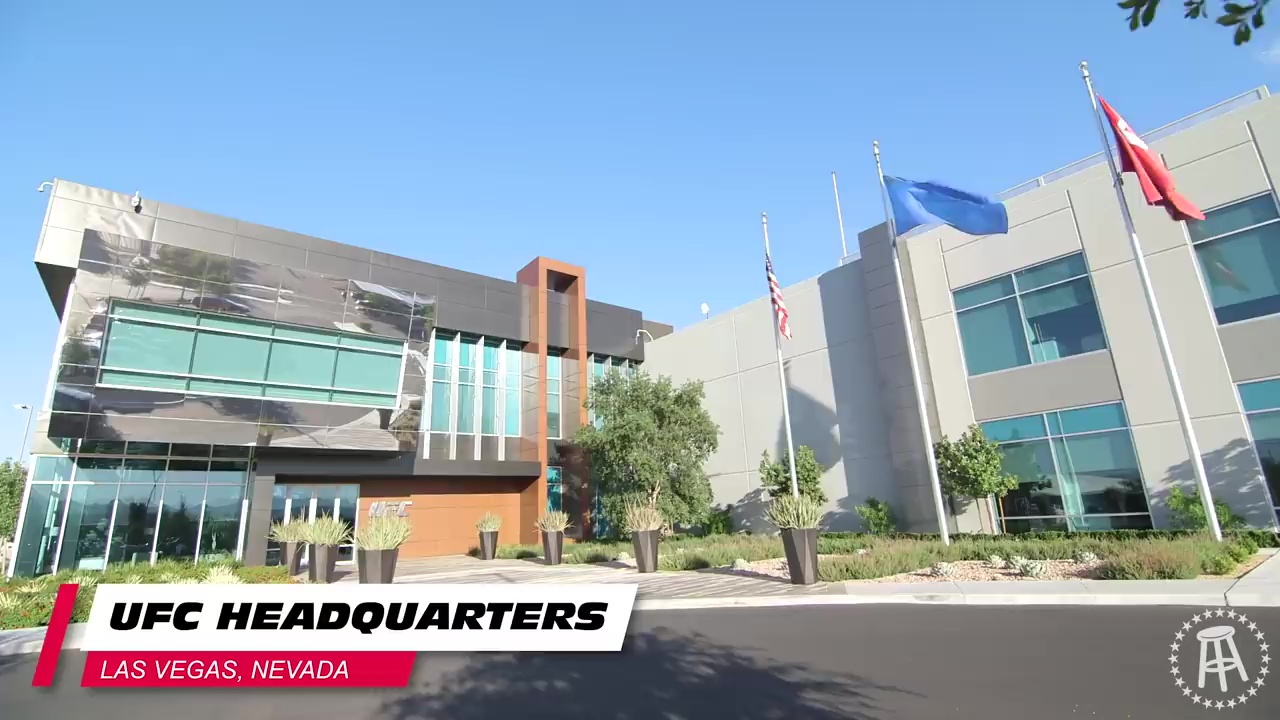 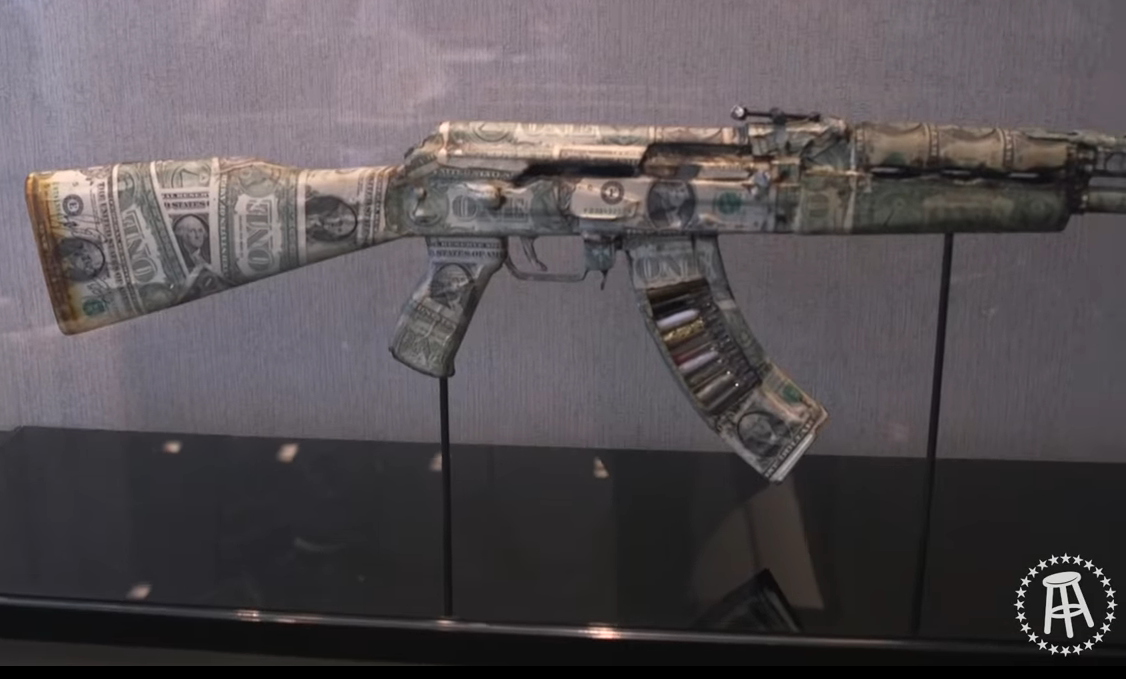 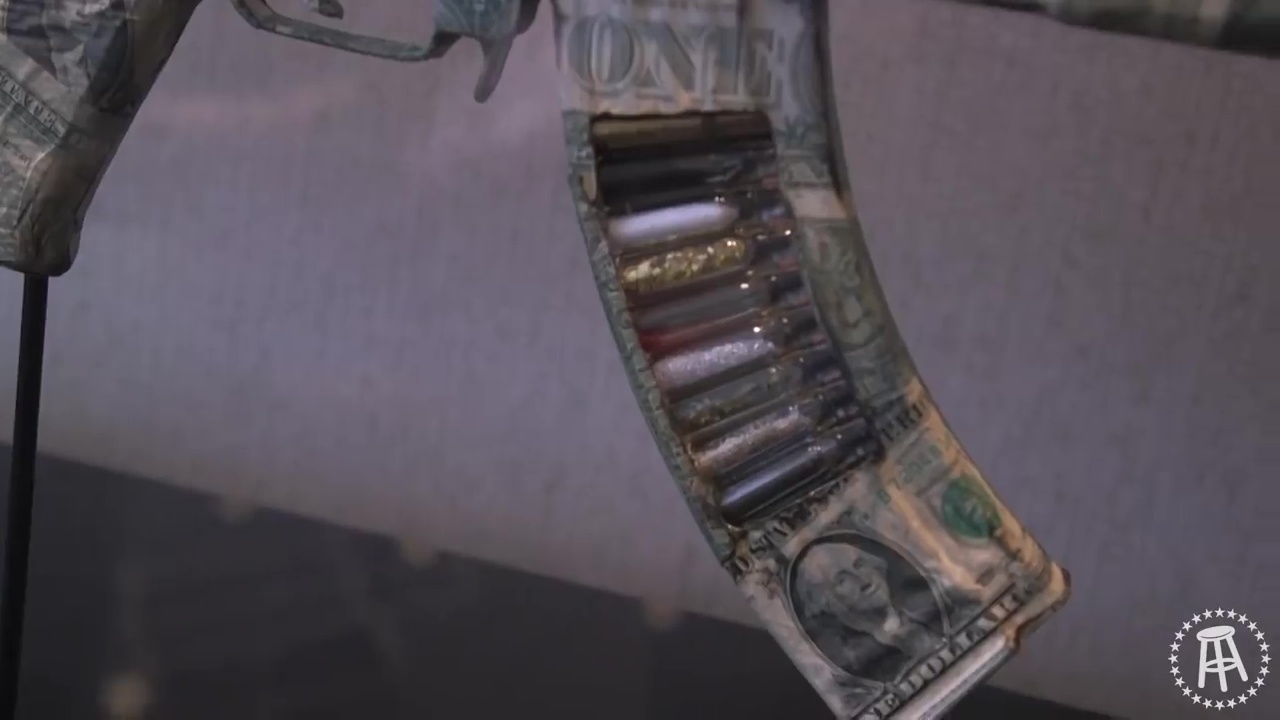 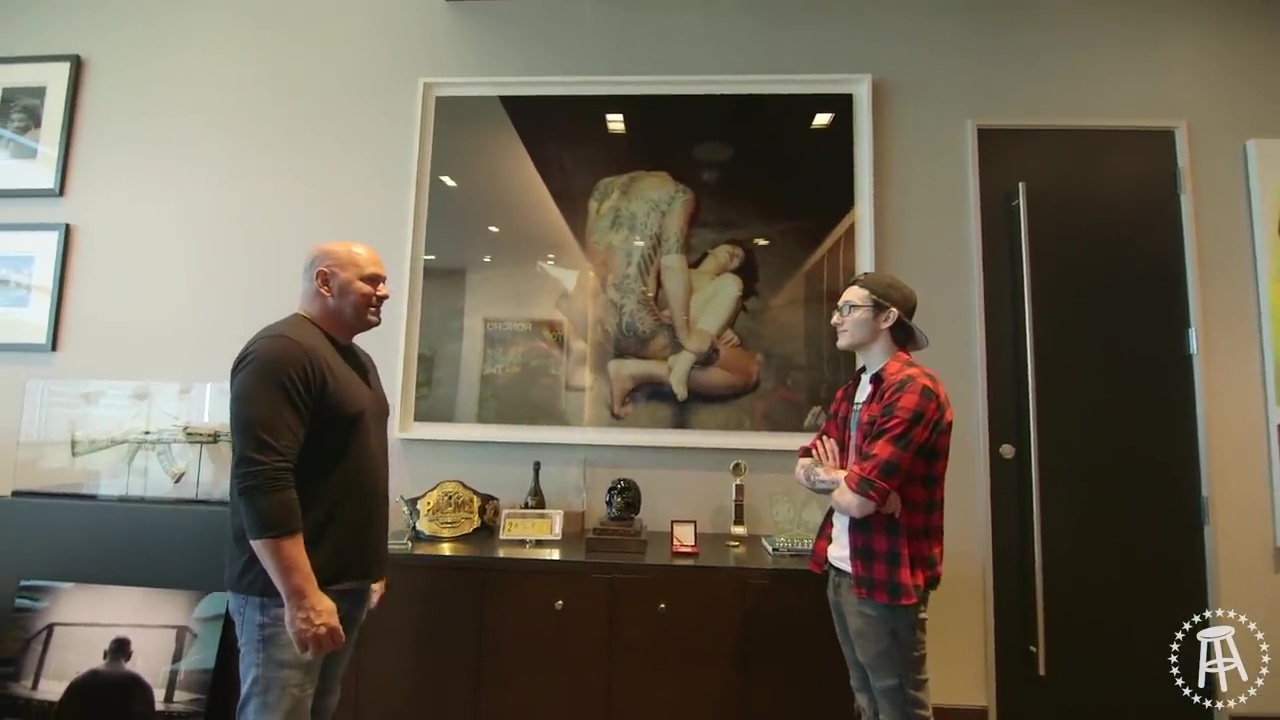 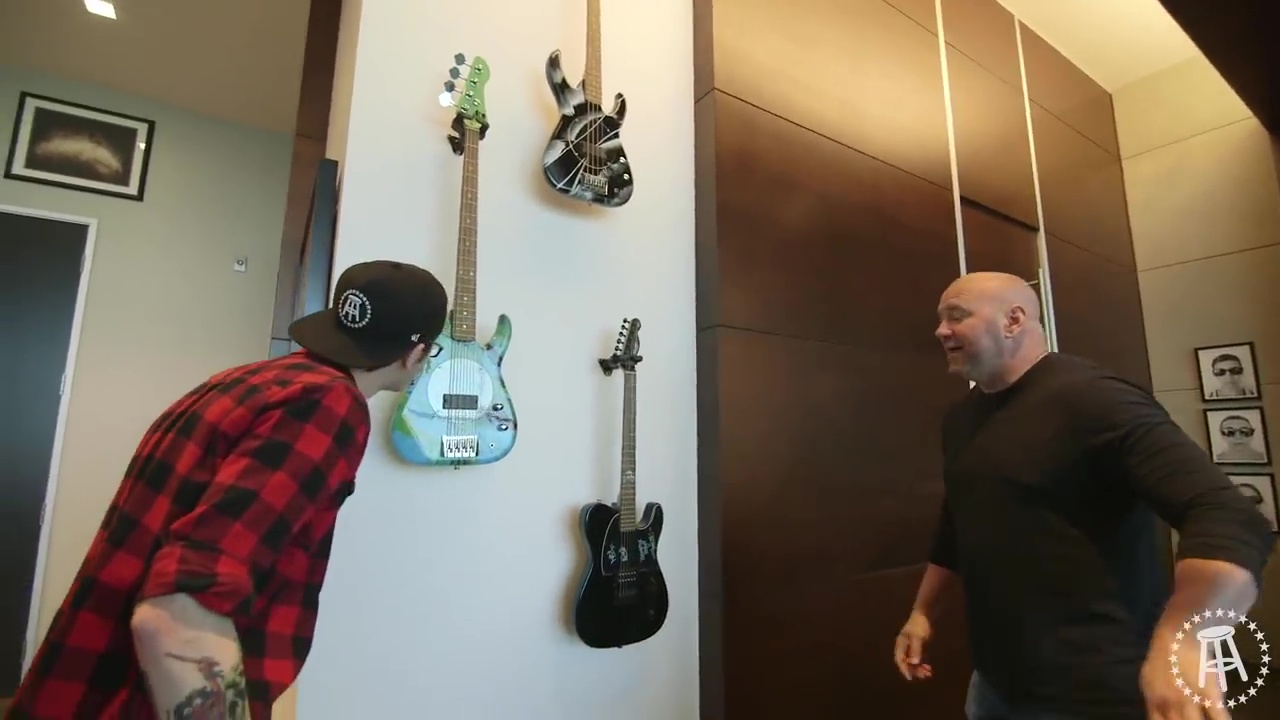 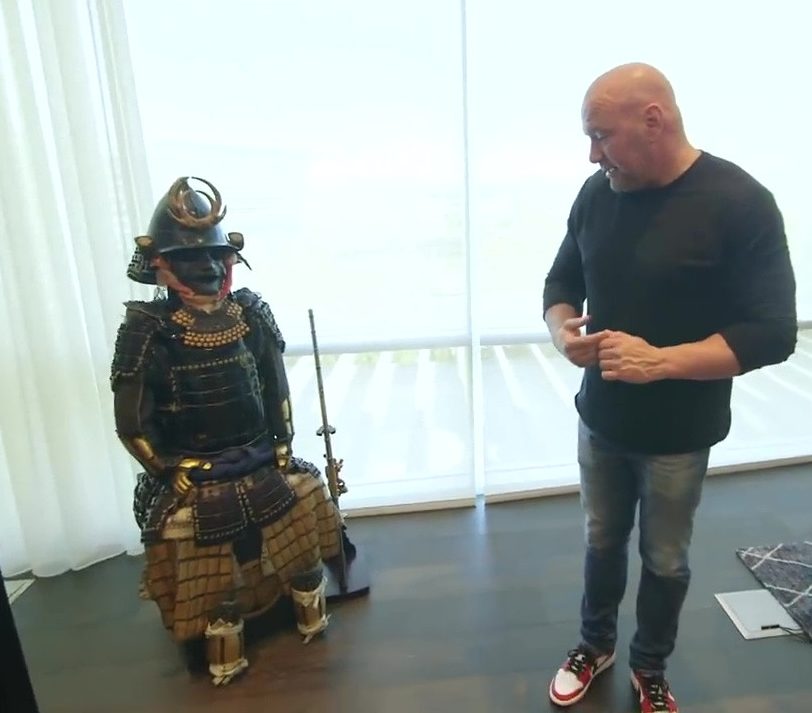 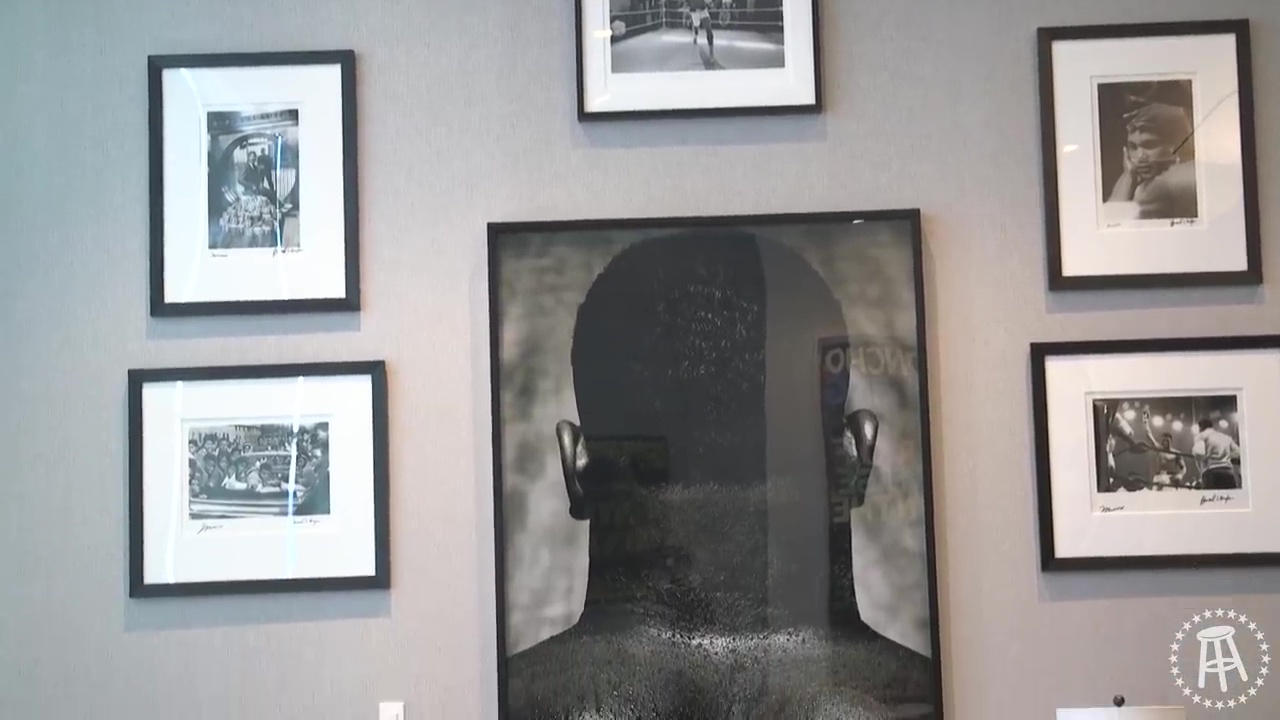 And there's stunning photography on the walls of the likes of Muhammad Ali and Mike Tyson, who White calls his heroes.

But it's an AK-47 covered in dollar bills that sits in a case with a grenade that represents everything man has ever fought for that takes centre stage.

In the see-through bullet clips materials including oil, cocaine, gold, blood, diamonds, seeds to make heroin and religious symbols can be found.

White also has a £1million original Iraqi Yakuza painting, as well as a bass guitar that formerly belonged to Flea of the Red Hot Chilli Peppers on his walls.

One things for sure, White definitely knows how to party.

In his office he has his own fully-stocked bar, that even has Conor McGregor's Proper 12 whisky.

It's comfortable, with plush leather seats for whenever White throws a bash to celebrate a deal or watch his beloved Boston Celtics on the TV attached to the wall.

The UFC chief also makes sure the bar is well-staffed when he's entertaining guests. 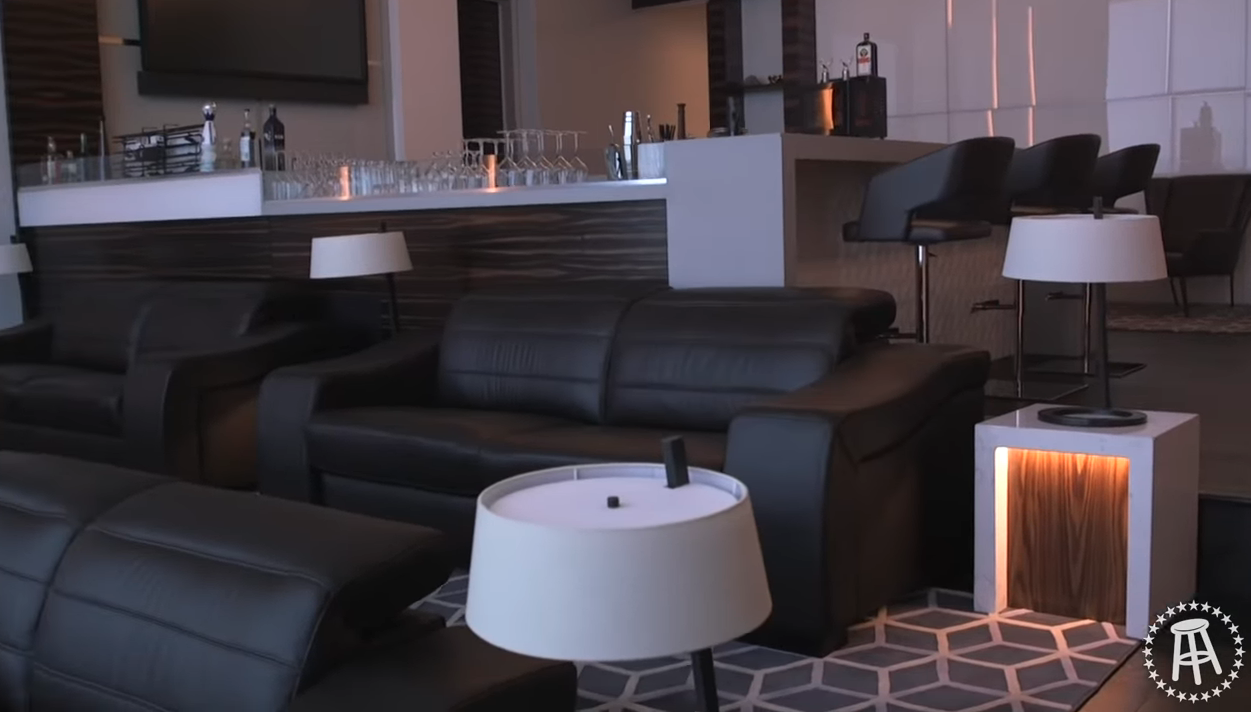 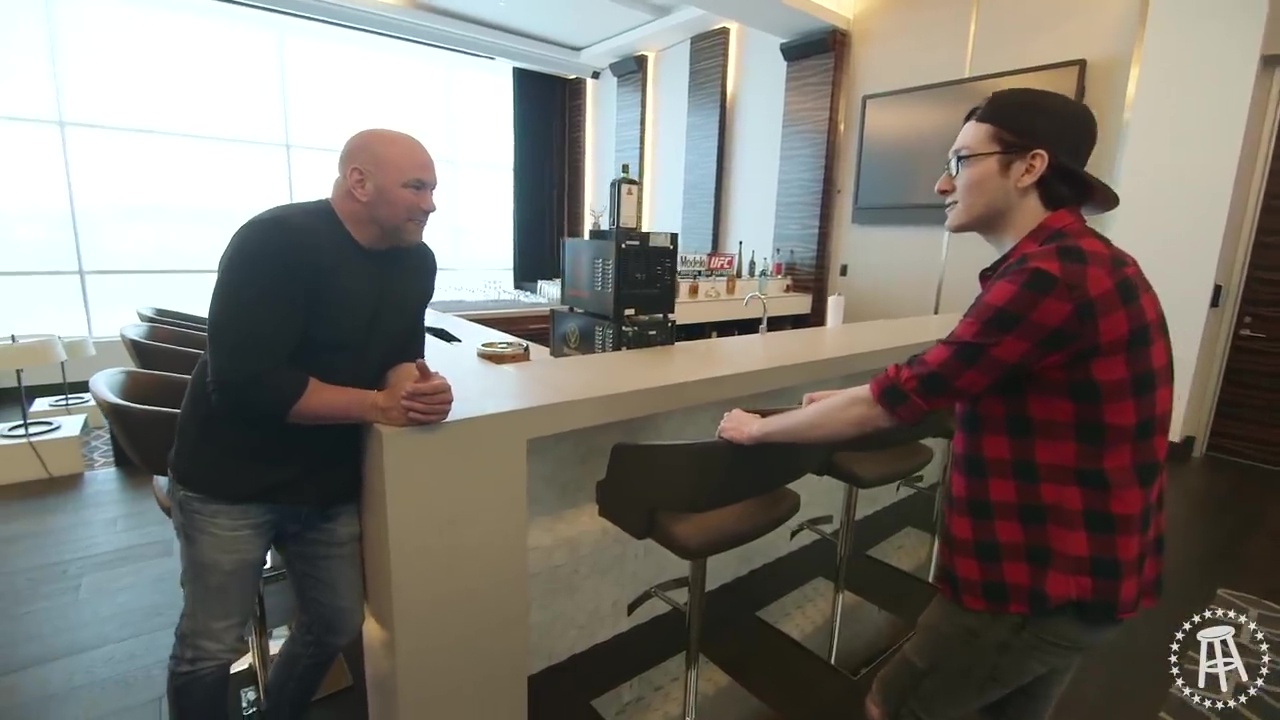 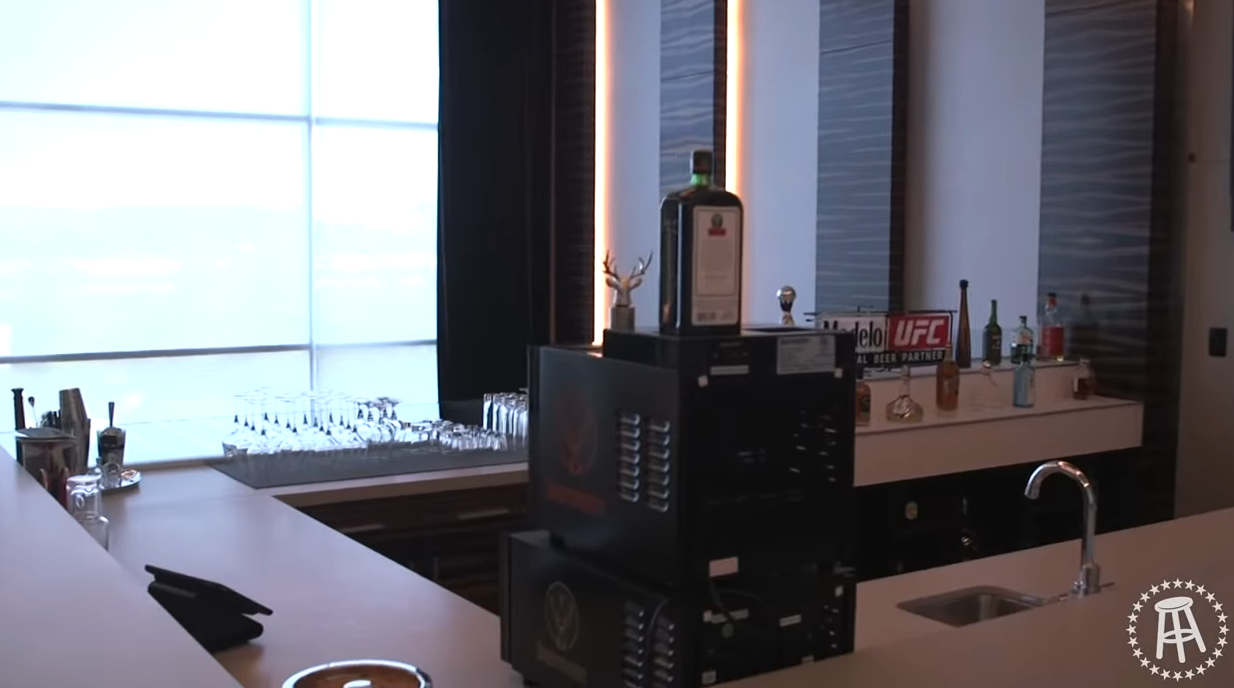 Should White need to get to the office in a hurry or get ready before an event, he has his own personal bathroom to freshen up in.

As well as a shower, there's a massage table – perfect if he's had a stressful day cutting deals.

There's two bathrobes for him to lounge around in, as well as some more interesting artwork.

A piece that looks like a Marlborough cigarette packet – but actually reads 'Morons' – features in the hallway.

In the shower area, there's a nude photo of the first ever Victoria's Secret model, Stephanie Seymour. 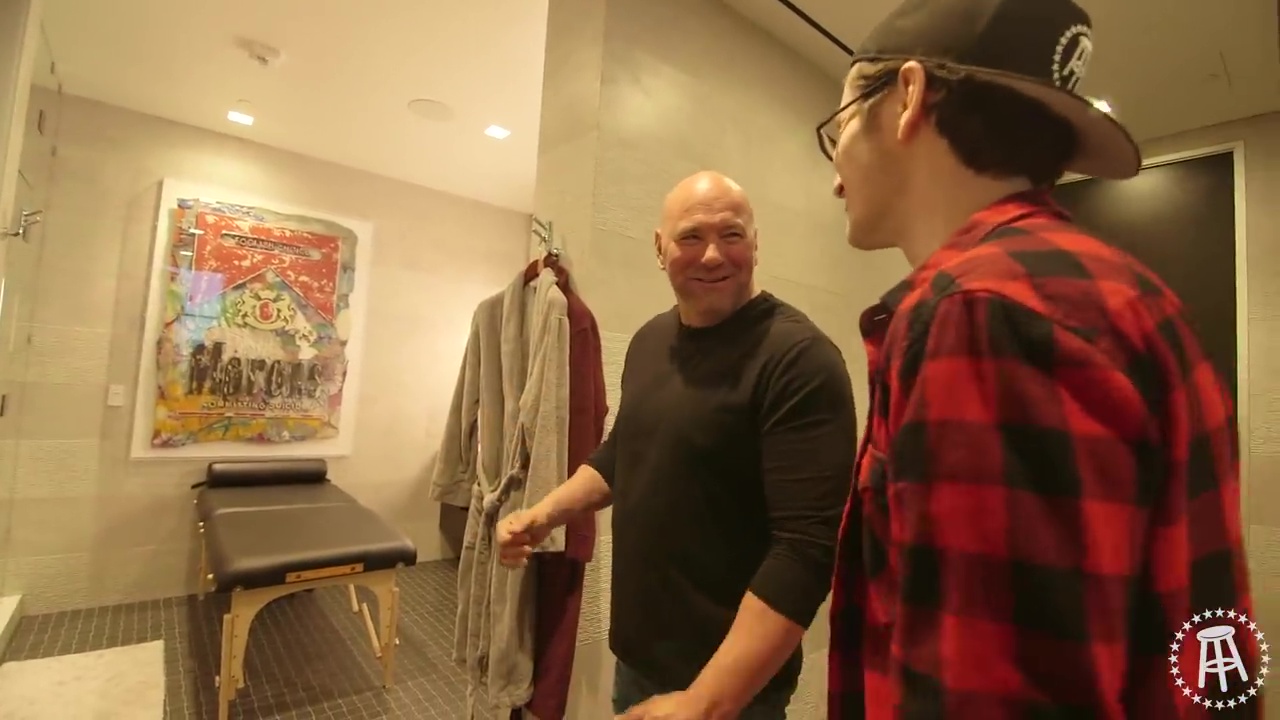 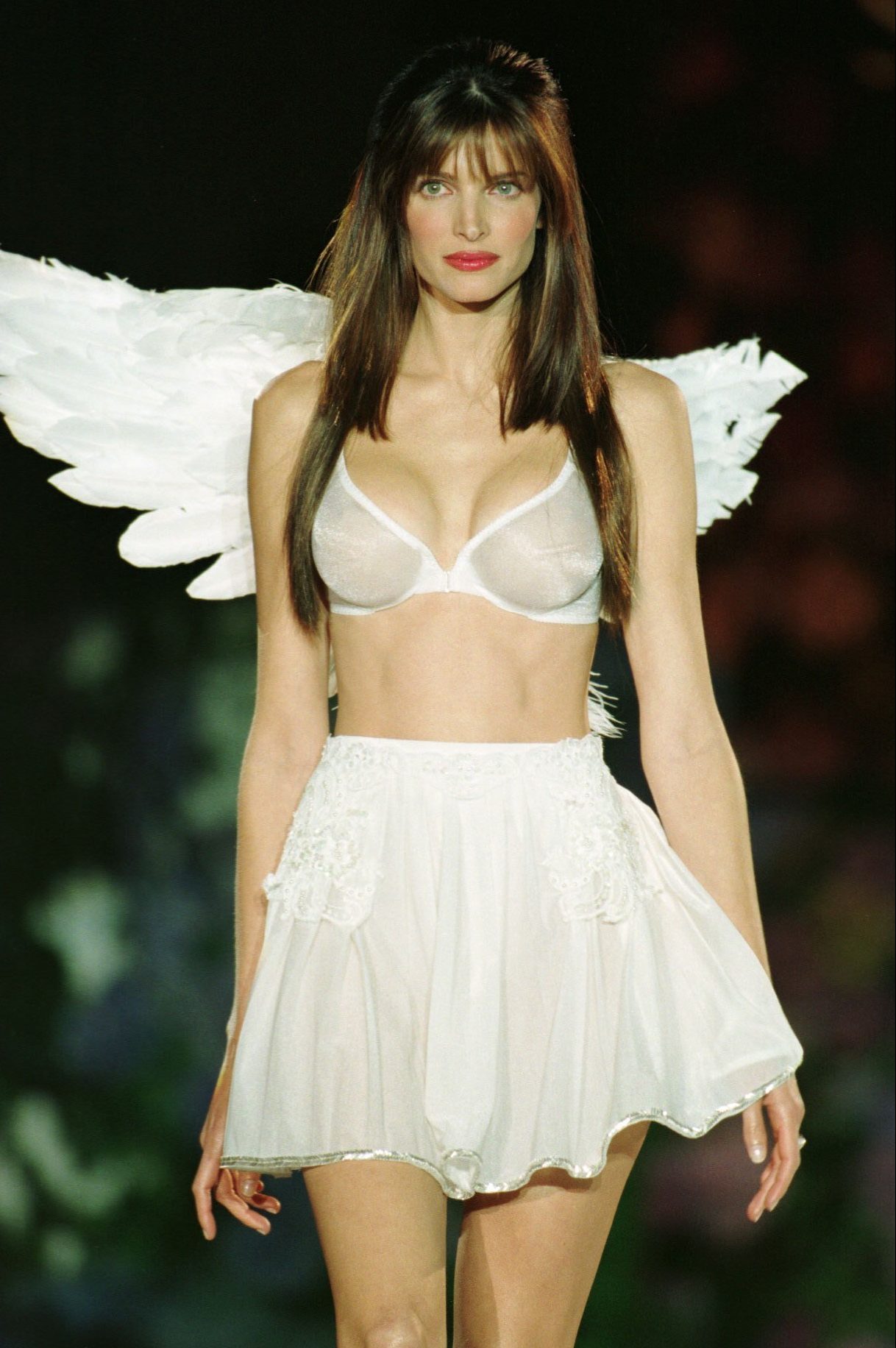 Just like his stable of UFC fighters, White likes to keep in shape.

His HQ boasts his own personal gym – fully equipped with all the equipment you could possibly need.

From dumbbells and barbells to treadmills and pull-up bars, they're all here for White to use.

Painted on the walls are inspirational quotes from famous gym buffs, including Bruce Lee, Arnold Schwarzenegger, Tyson and Ali.

There are also Pilates reformer beds for White to stretch out with. 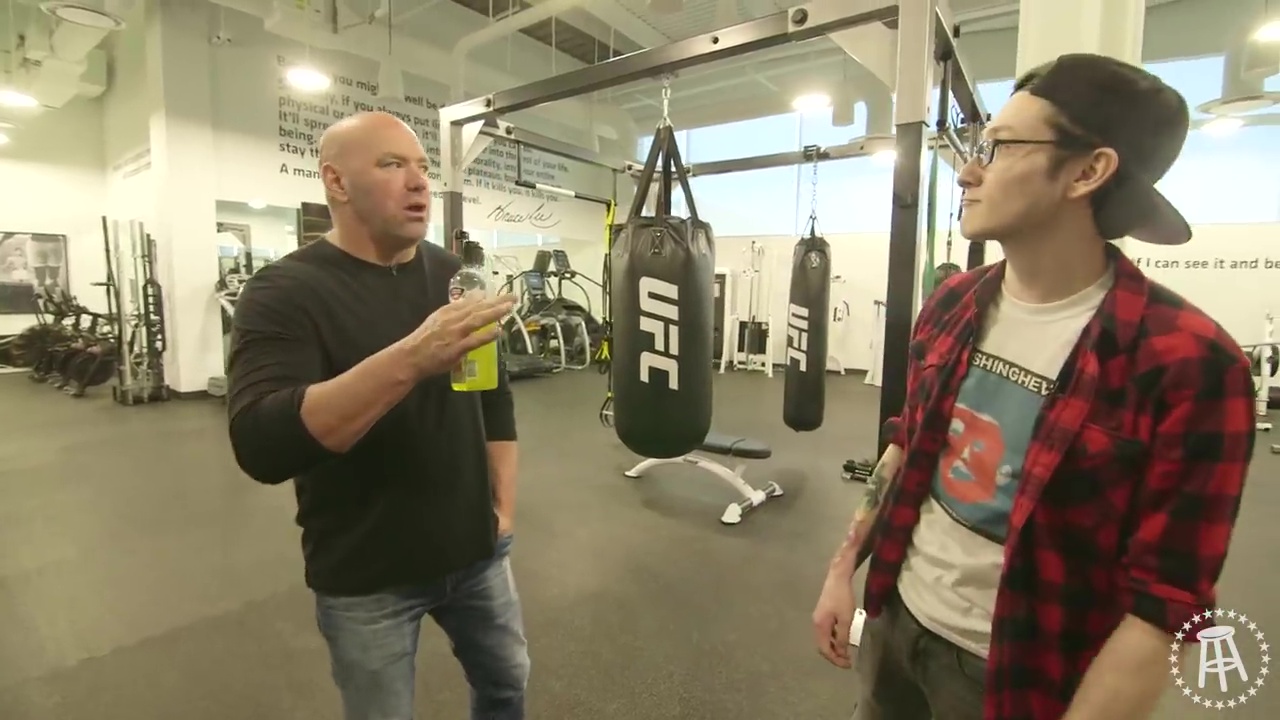 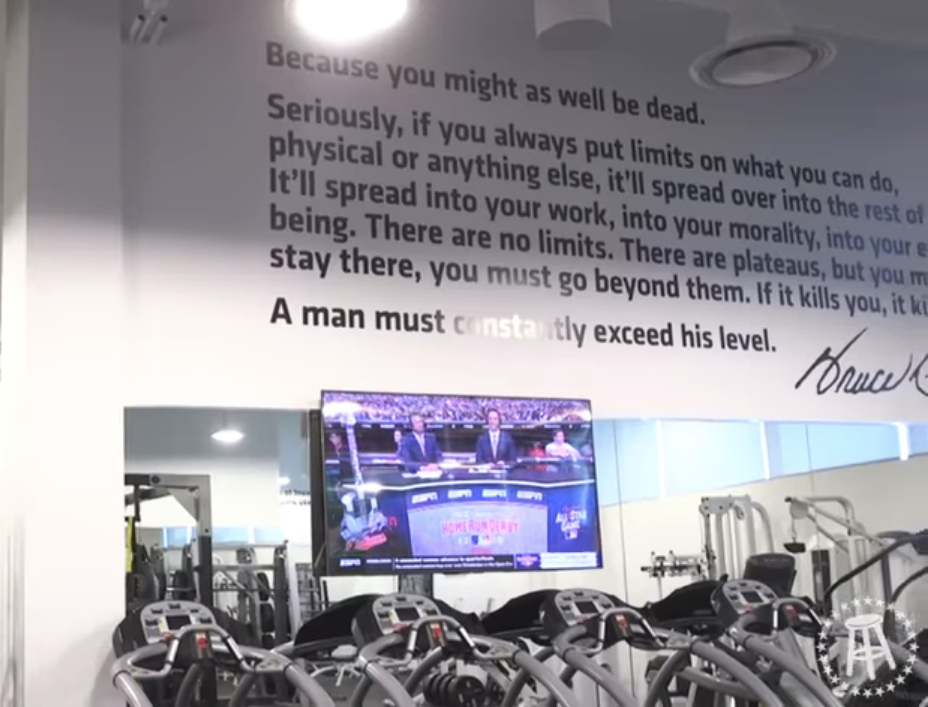 Unable to travel to every single UFC event around the world, White can co-ordinate affairs from this incredible control room.

The most technological part of his office, it allows him to communicate with a control truck that would be outside a venue and control the action, as he's watching it from a giant cinema-size screen.

Normally he will be sat alongside MMA executive Mick Maynard or Sean Shelby, the senior vice president of talent relations in the space making the big decisions.

Ultimately, it allows White to do everything remotely – which is ideal for his upcoming lockdown events behind closed doors. 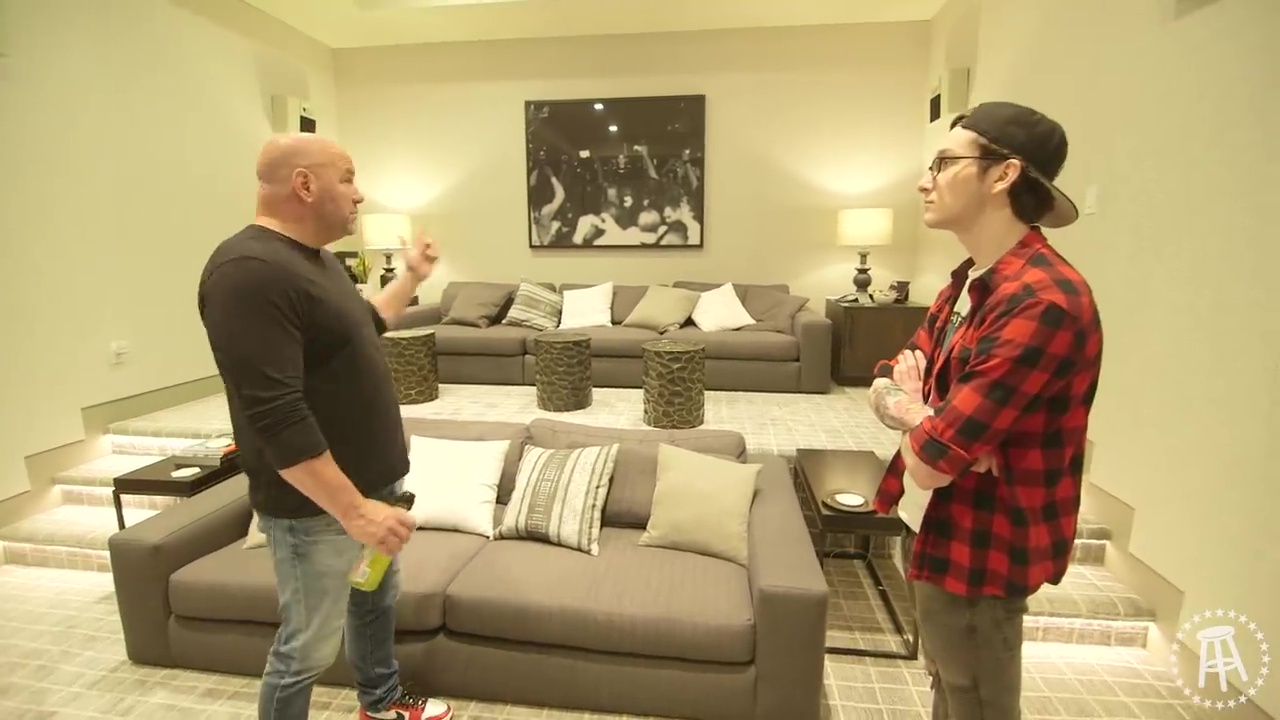 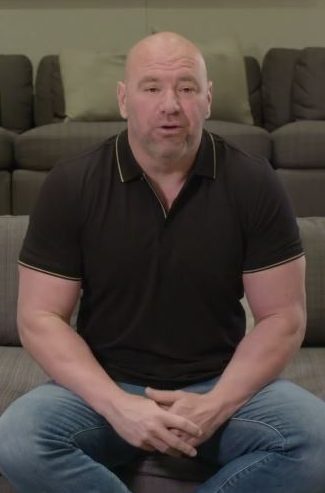 It's the most important room in White's office, and one that shapes the destiny of those competing in the UFC.

In the cramped War Room, there are ceiling-high whiteboards – with fighters' rankings, contract statuses, as well as how many viewing figures they pull in scrawled next to their names.

For White, this is where the money is made and the big fights are decided, and is what has made the UFC the billion dollar franchise it is.

We wonder what he's got in store for Conor McGregor next? 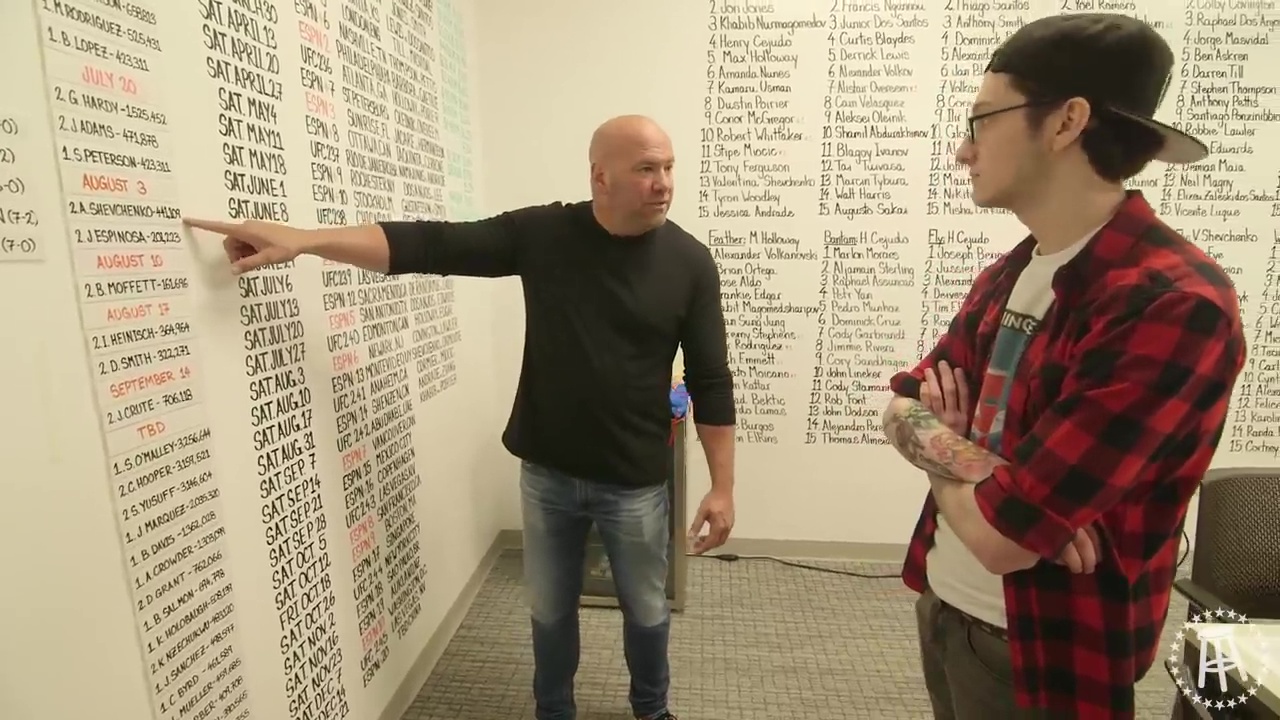 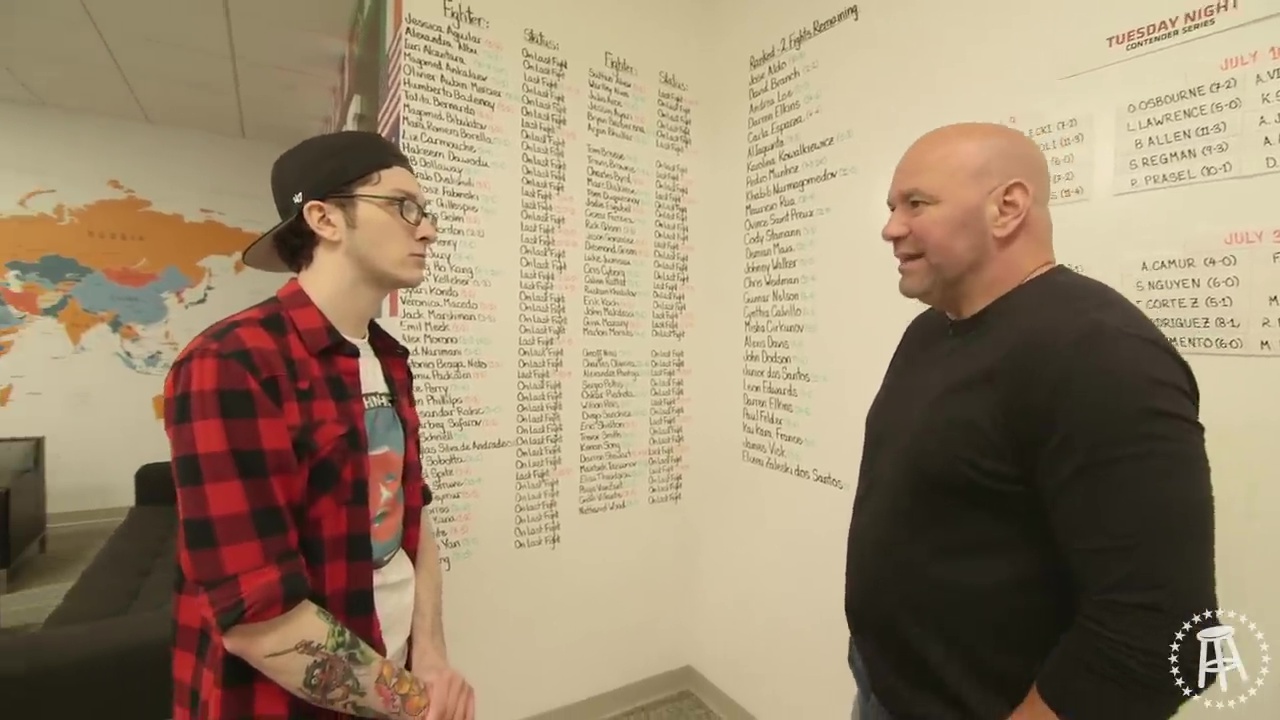