Australian Test selector Laurie Daley says Greg Inglis needs to relinquish the Kangaroos captaincy after he was allegedly caught drink driving and speeding just hours after being bestowed the honour.

Former Test skipper Daley said the South Sydney star had let the game down, claiming his position as leader of the national side was now untenable. 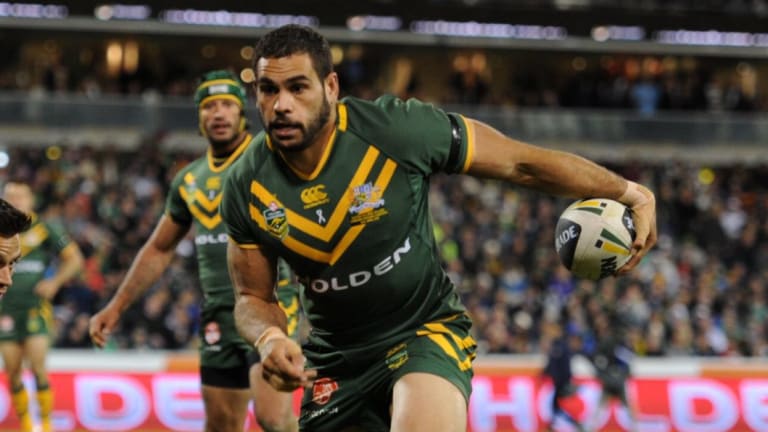 "I'm pretty sure Greg and Mal (coach Mal Meninga) will come to the decision that he needs to step down as captain of his country. He's let himself down. He's let the game down. And he'll pay a massive price for that," Daley said on the Big Sports Breakfast radio show in Sydney.

Inglis had been in Dubbo over the weekend for the indigenous Koori Knockout tournament, receiving praise for spending his own money buying jerseys for the Macksville-based Wall Street Warriors, signing autographs and even being photographed collecting rubbish after a game.

But on Monday, NSW police said Inglis was stopped in his black Mercedes-Benz at about 2.15pm when detected travelling above the speed limit along the Great Western Highway in Lithgow.

"Police stopped the car and performed a roadside breath test on the 31-year-old driver, a man from Coogee, which allegedly returned a positive reading," NSW Police said.

Inglis was taken to Lithgow Police Station, where he allegedly returned a reading of 0.085.

Inglis had been given a glowing endorsement earlier in the day by Meninga, who speaks with the South Sydney skipper every week.

Meninga broke the news to him over the weekend that he had been given the nod ahead of Sydney Roosters' premiership-winning captain Boyd Cordner to succeed Cameron Smith as Australia's captain.

Australia are scheduled to take on New Zealand in Auckland on October 13 and if Inglis is stripped of the captaincy, it is likely Cordner would be elevated to the role.