Rajkot: India's Prithvi Shaw has been compared to batting great Sachin Tendulkar since he was a 14-year-old schoolboy and the lofty parallels will intensify after the teenage prodigy made a sparkling hundred on his Test debut.

At 18 years and 329 days, Shaw became the youngest Indian and fourth-youngest overall to score a ton on his debut during a knock of 134 off 154 balls against West Indies in Rajkot.

The hosts reached 4-364 at the close after Shaw's heroics put India on course for a big first-innings total.

In the process Shaw, who led India to the under-19 World Cup title earlier this year, also became the 15th Indian to hit a century on debut.

His breezy knock received praise from Tendulkar, who was also known for dominating opposition bowlers as a young batsman.

"Lovely to see such an attacking knock in your first innings, @prithvishaw! Continue batting fearlessly," Tendulkar wrote on Twitter.

Like Tendulkar, Shaw shot to prominence from inter-school cricket when he smashed 546 off 330 balls for Rizvi Springfield in a minors' cricket competition in Mumbai in 2013. He hit 85 fours and five sixes during that knock. 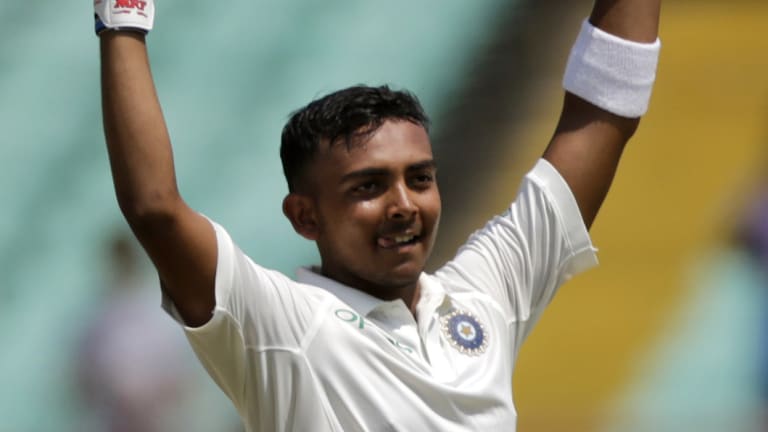 For his part, Tendulkar, who went on to become the most prolific run-scorer in an international career spanning 24 years, once held the record for the highest partnership of 664 in school cricket with former India batsman Vinod Kambli.

Both Tendulkar and Shaw are short in stature and baby-faced and have spent their formative years toiling on the pitches in Mumbai, known as the breeding ground for producing future India cricketers. The similarities do not end there.

Shaw scored a hundred in his first-class debut in a Ranji Trophy semi-final for Mumbai in 2017 and then became the youngest player to score a century on his Duleep Trophy debut, a record previously held by Tendulkar.

Murali Vijay and Shikhar Dhawan opened for India at the start of the recent five-test series in England but both were overlooked after the 4-1 defeat, handing a chance to Shaw, who was a non-playing squad member for the final two England tests. 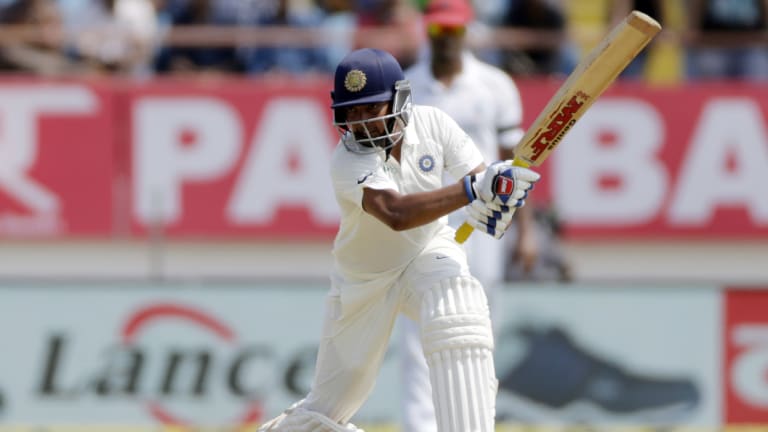 The teenager has long been compared with the legendary Sachin Tendulkar.

He could not have been more impressive in his maiden test knock, scoring his first runs with a punch off the back foot through covers off his second delivery, reminding everyone why he had been tipped for a bright future in national colours.

Shaw, who hit 19 fours, was often a tad flashy for an opening batsman with his shot selection but showed stunning fluency in scoring on both sides of the wicket.

"First I was a bit nervous but when I got in I was quite comfortable and I was just trying to play my natural game, what I do in first-class cricket and in India A, and I just kept on going," Shaw told Star Sports.

"I was not thinking about it as my first game, I was just thinking that it's another game and it just happened."