AS Boris Johnson struggles to convince us that partying during lockdown didn’t actually break any rules, maybe he should call in Peter Walton to clear things up.

Because if anyone can defend the indefensible, it’s BT Sport’s refereeing expert. 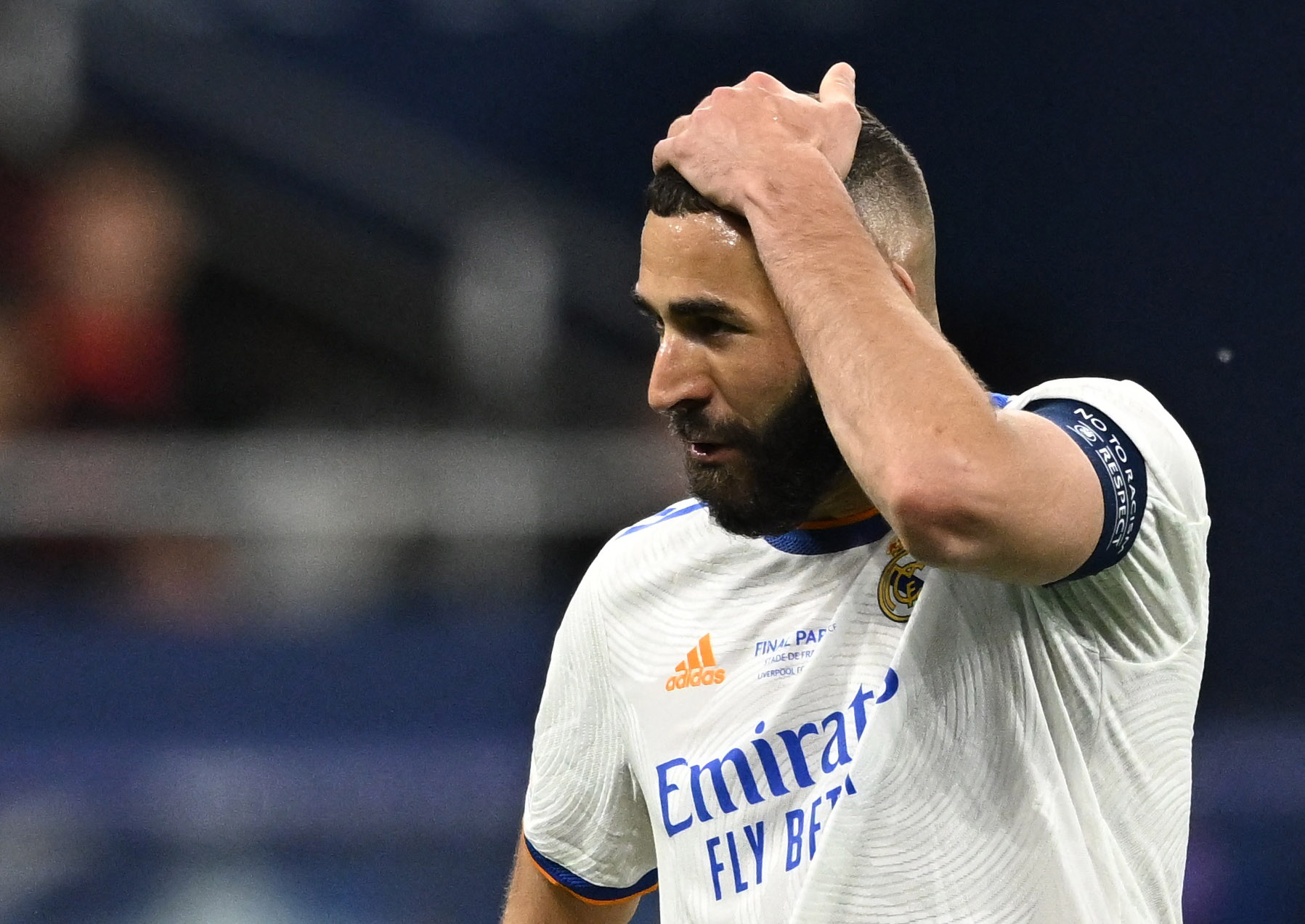 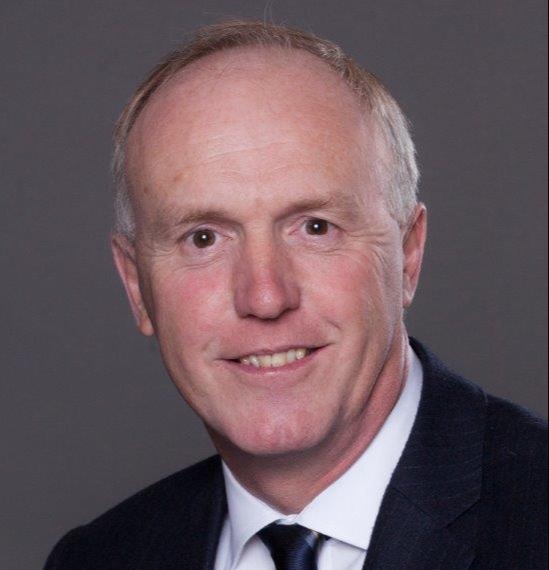 I am still scratching my head to understand how Karim Benzema’s Champions League final ‘goal’ was ruled out for offside.

And once Walton had been called in to clarify matters for TV viewers, everything was as clear as mud.

“It’s actually an easy one,” insisted the former Premier League official before giving the most complicated explanation imaginable.

And after listening to him wittering away about Fabinho’s tackle being an accidental backwards deflection rather than a deliberate attempt to play the ball, I understood only one thing.

I don’t know the rules of football any more.

After the best part of 40 years watching and reporting on the sport, that is quite some confession.

But I’m certain I’m not the only one who is struggling to comprehend laws which are making a simple game as incomprehensible as cricket and Rugby Union.

Confirmation of those suspicions arrived the day after the Champions League final, when Huddersfield were denied two penalties during their Championship play-off defeat by Nottingham Forest.

Their first claim was open to debate because Harry Toffolo went down very easily when he brushed the outstretched leg of Jack Colback.

But there was absolutely no doubt that Lewis O’Brien was fouled by Max Lowe as Huddersfield pressed for a late Wembley equaliser.

Yet VAR Paul Tierney refused to get involved and I can only assume he didn’t want to embarrass Jon Moss in his final match before retirement.

So now Moss has seen his record shop trashed and suffered online death threats while Huddersfield are left to complain about missing out on the £200million jackpot that comes with promotion to the Premier League.

Burnley know exactly how they feel after the ridiculous penalty awarded against Ashley Barnes which condemned them to defeat by Spurs and took the wind out of their sales as they battled to beat the drop.

It was another decision that was justified on a technicality by the rulebook aficionados but one that left the rest of us gobsmacked.

So now there is talk of the Premier League clubs contemplating a move to oust referees’ chief Mike Riley from his position as general manager of the PGMOL.

But Riley, as useless as he is, doesn’t make the changes to the rules which leave so many decisions open to interpretation.

That’s down to the International Football Board, who meet again in two weeks’ time to decide how they’re next going to bugger things up.

And the fact that they’re convening in Doha suggests it will be something that none of realises is an actual thing until it wins the World Cup for Qatar. 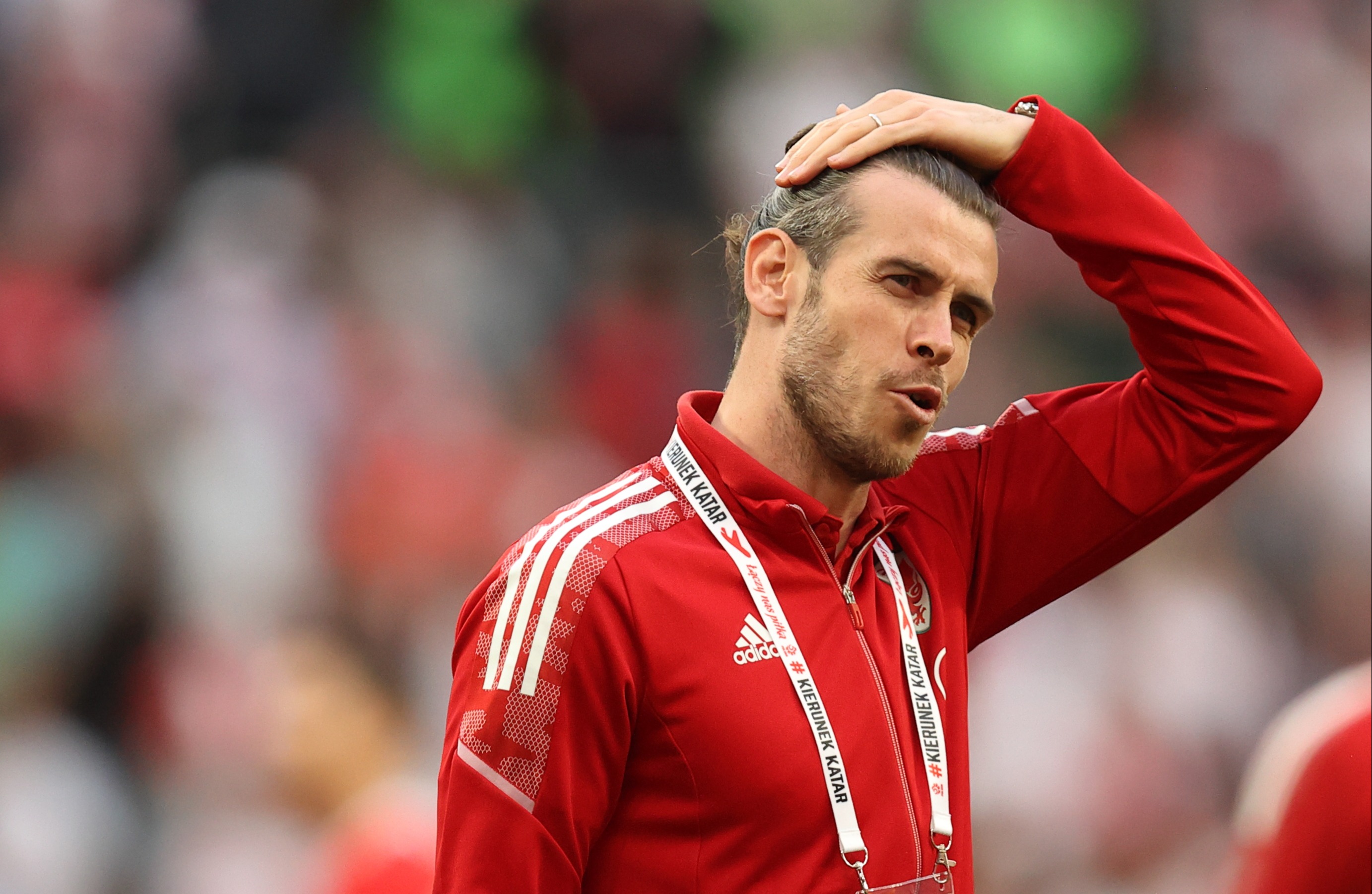 HAD to laugh when I read about Gareth Bale’s gruelling week of flying first class between Madrid, Paris, Wroclaw and Cardiff.

Because let’s be honest, he can’t exactly be knackered by the 20 minutes of football he has played for club and country in the last two months.

Maybe it’s the strain of lugging his £650,000-a-week salary around which has proved such a strain.

It still hasn’t prevented him from being awarded an MBE in this week’s Jubilee Honours list, though.

Presumably for his services to the banking sector. 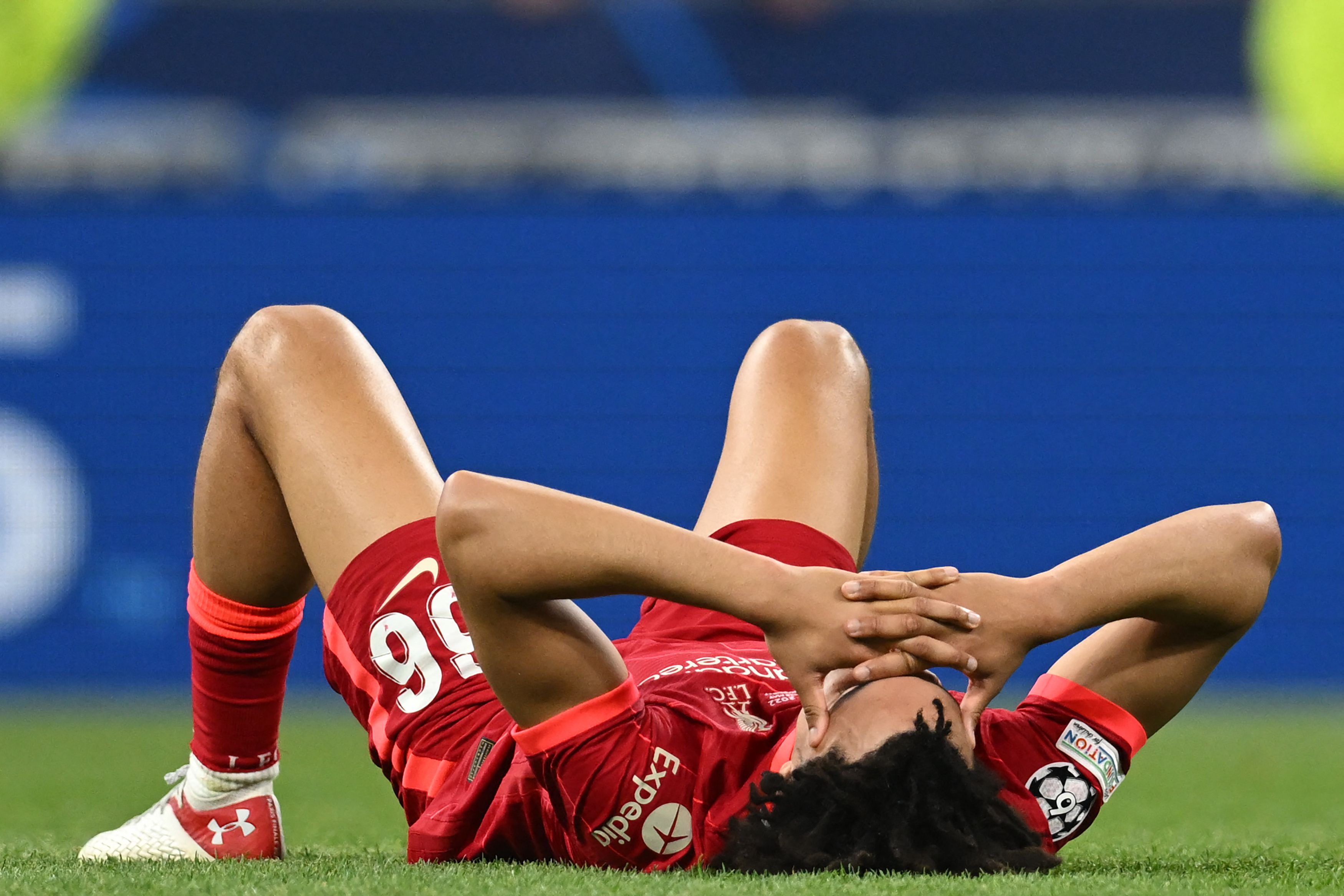 IN an interview to preview the Champions League final, Liverpool full-back Trent Alexander-Arnold declared: “I can see things others can’t see.”

What a pity he couldn’t see Vinicius Junior sneaking in behind him to score Real Madrid’s winning goal.

But he wasn’t the only one at the Parc des Princes suffering from blurred vision.

The French interior minister who blamed the shambolic handling of the match on ticketless Liverpool supporters was even more blind to reality.

The organisation was so bad that even Boris Johnson is now calling for an investigation. And we all know how seriously he takes official inquiries.

But I’m guessing that the King of Spain and Rafa Nadal weren’t kettled and tear gassed by le Parisian riot police as they made their way to their posh seats. Odd that. 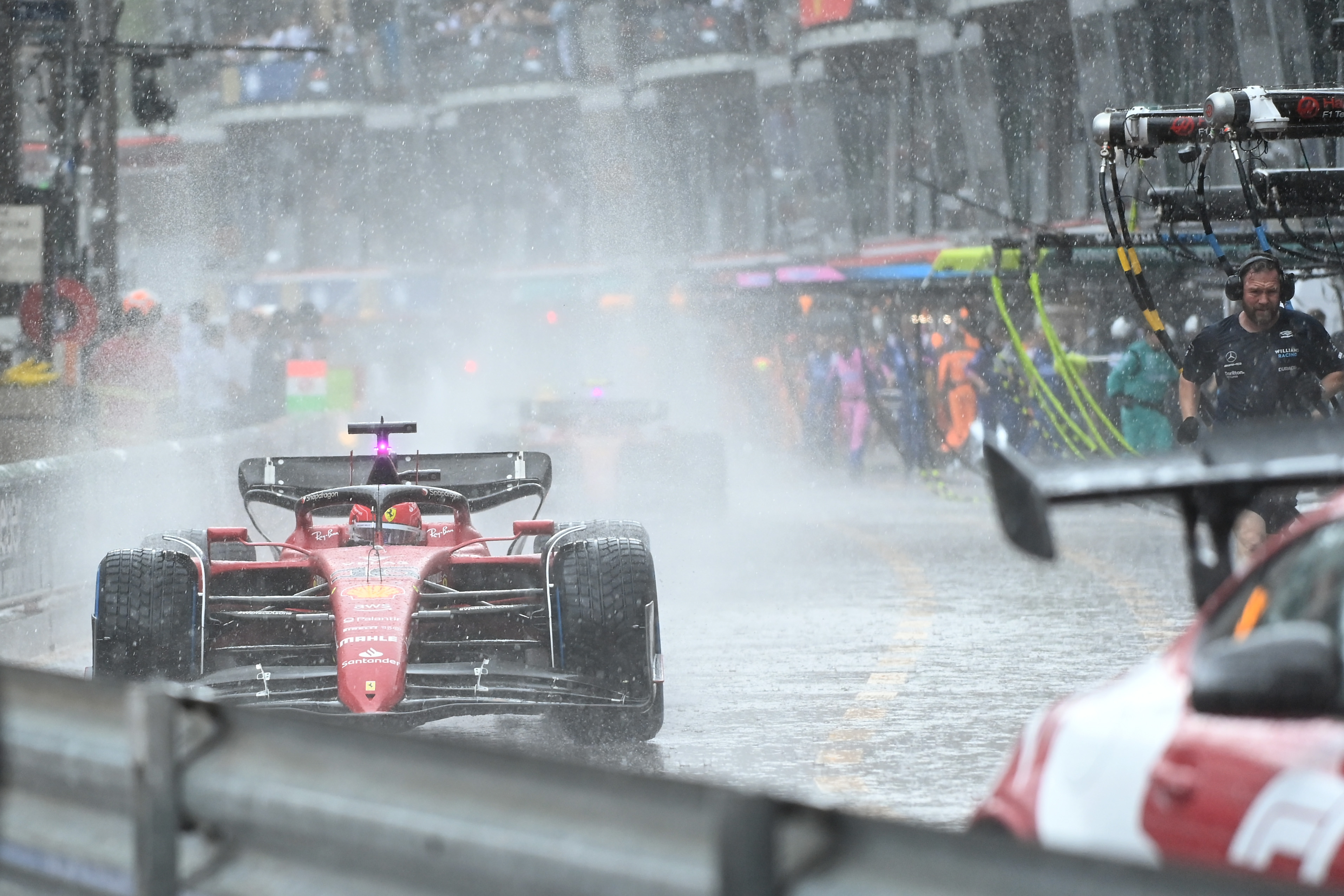 THE only thing that could possibly make the Monaco Grand Prix interesting is a spot of Riviera rain to test the skill of the drivers.

But when the heavens opened up in Monte Carlo on Sunday, race officials delayed the start until the track had dried out and still went off behind a safety car.

The inevitable outcome was less of a race and more of a procession, free from overtaking and decided by the quickest pit crews.

It is hard to think of any other sport which shoots itself in the foot more regularly than Formula One.

WITH no major tournament to distract us, it’s going to be a very long summer of transfer speculation.

The good news is that every foreign player who says they won’t sign a new contract with their club will be a transfer boost for Arsenal, Manchester United and Chelsea.

And every player who joins someone will be a transfer blow.

YOU almost have to admire the obstinacy of the French Open refusing to use Hawkeye to settle disputed line calls.

Why use modern technology when you can rely on the umpire jumping down from his chair to examine scuff marks in the clay?

Especially when TV then uses that technology to show viewers where the ball actually landed.

IT’S good to see head of world athletics Lord Coe signing the sport up to the declaration for clean air campaign.

Because with so many of the world’s best athletes taking asthma medication, it’s easy to understand why the IAAF are so concerned about pollution levels.