THE idiot invader who risked death by running into the middle of a horse race has been charged with criminal nuisance.

Racing fans the world over were stunned after TV cameras caught the man hopping over a fence and wandering right into the centre of a race. 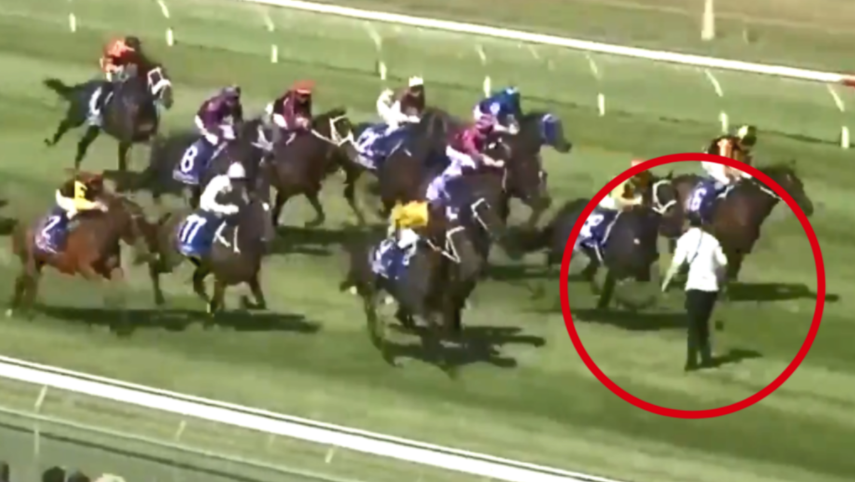 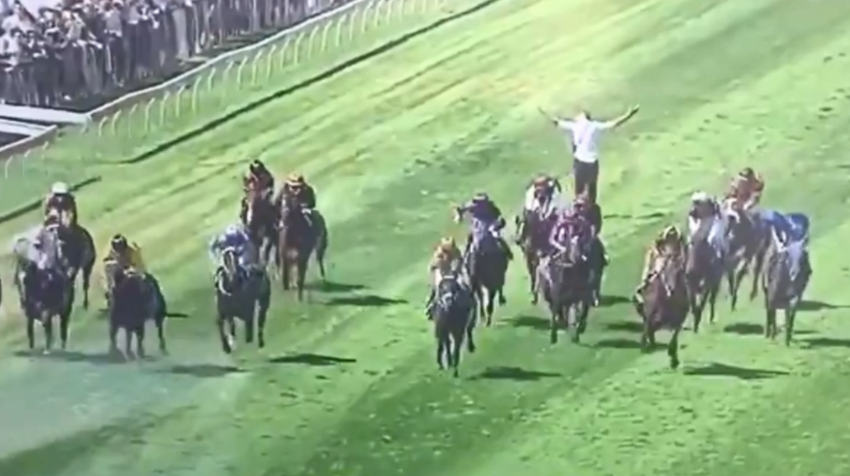 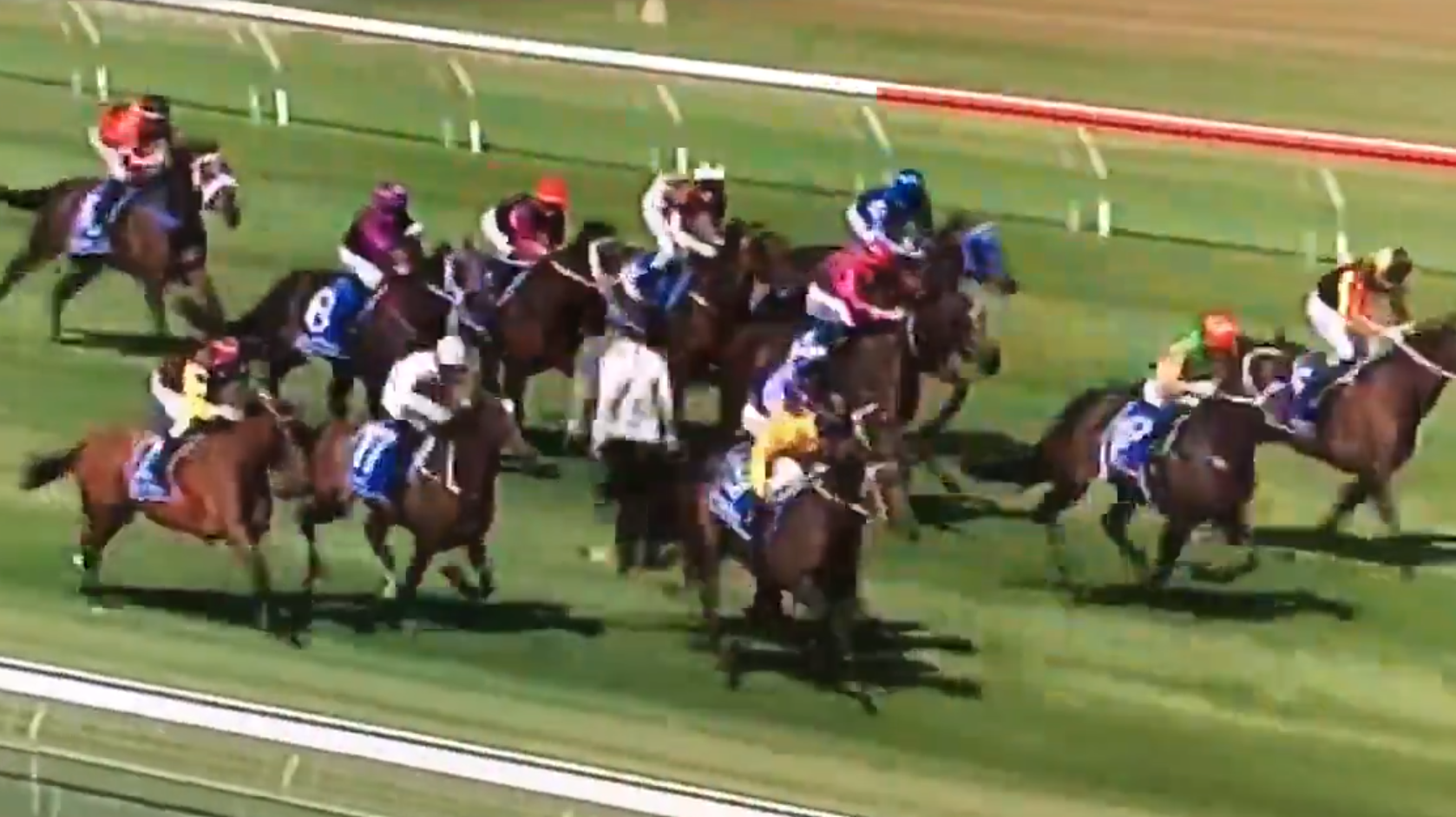 Seemingly fully aware of what he was doing, the man stood motionless on the turf as 500kg horses hurtled past at close to 40mph.

Paddy Power: £20 Risk Free Bet: New customers only. Place your FIRST bet on any sportsbook market and if it loses we will refund your stake in CASH. Max refund for this offer is £20. Only deposits made using Cards or Apple Pay will qualify for this promotion. T&Cs apply. Paddy's Rewards Club: Get a £10 free bet when you place 5x bets of £10+. T&Cs apply. 18+ Begambleaware.org

It is credit to the jockeys that they somehow managed to avoid hurting the man, themselves and the horses in the stupid stunt.

The man, 24, who has not been named by New Zealand media, was arrested following the flashpoint at Trentham track.

Images circulating on social media appeared to show the man being escorted off the property by police.

New Zealand police confirmed a man was arrested and has been charged with criminal nuisance for performing an act that endangered public safety.

Having been released on bail he is due to appear at Hutt Valley District Court on Thursday.

The incident caused outrage with many punters and presenters quick to blast the fool.

Jockey Danielle Johnson who had been riding in the race admitted they only saw the man at the last minute.

She said: "He was lucky he didn’t get run over. Most of us didn’t see him until late."

Rival Jonathan Parkes said: "Obviously it was a bit of a shock and I was lucky to miss him to be honest.

"It must have been about 12 strides before I sort of seen him and I was just hoping he would stand still and didn’t move.

"I had to decide which way I was going and I ended up pulling the right-hand rein and just missed the guy." 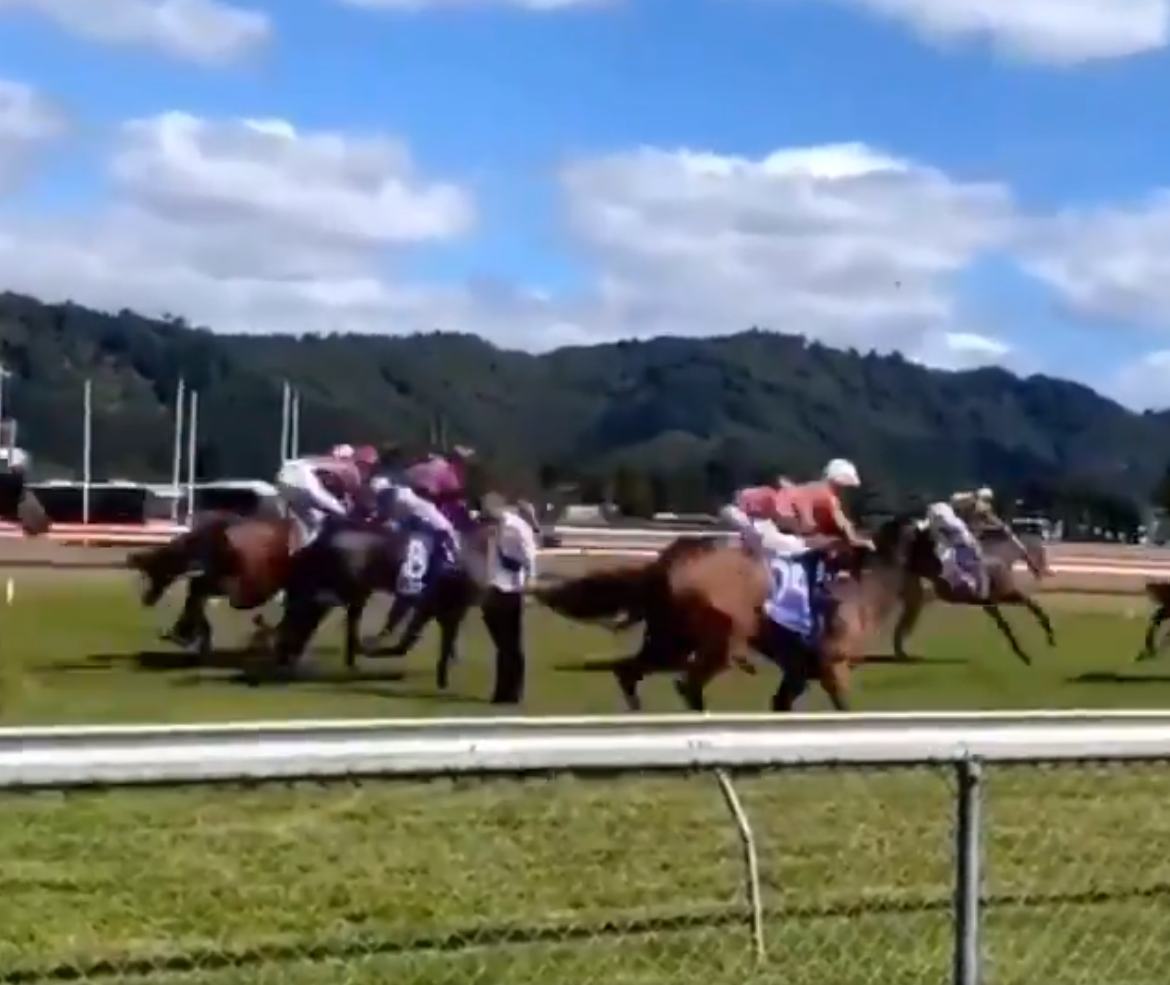 Racing presenter Emily Bosson said: "This guy does not realise how much danger he is putting everyone in."

Commentator Andrew Bensley added: "Jockeys should be congratulated for the feat of not cleaning up the person standing on the track!"

And fellow presenter Campbell Brown added: "What an absolute disgrace… Jockeys did an unbelievable job."

Video online showed the man jumping two fences before running into the middle of the track on the final race of the day.

One witness said: "The guy was stupid. All the horses had to separate around him. It’s more about the safety of the horses and jockeys. Everyone was yelling at him."