Training in 40-degree heat is easier when you started your preparation by sitting in a sauna two months ago to get ready for the summer slog.

The problem Darcy Swain has is trying to add two kilograms to his frame to bulk up at the same time most of his teammates are losing between three and four kilograms per day. 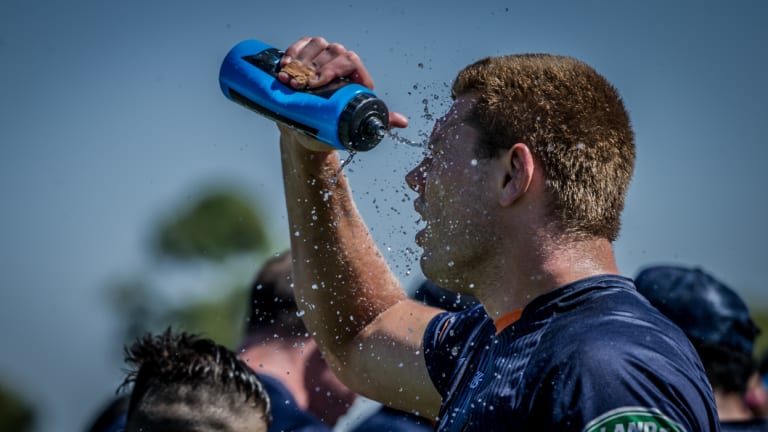 The Brumbies were pushed to their limits at a session on Tuesday.Credit:Karleen Minney

The ACT Brumbies were tested during a double training day as the temperature jumped to 40.1 degrees on Tuesday and they're bracing for intense heat for the rest of the week.

It's a daunting prospect just 11 days before the first trial match and four weeks before the start of Super Rugby, but Brumbies staff set up a plan to make sure the players were prepared.

One of the keys to helping players cope? Athletic performance director Ben Serpell said they were using the sauna for up to 20 minutes after training sessions in November and December to acclimatise. 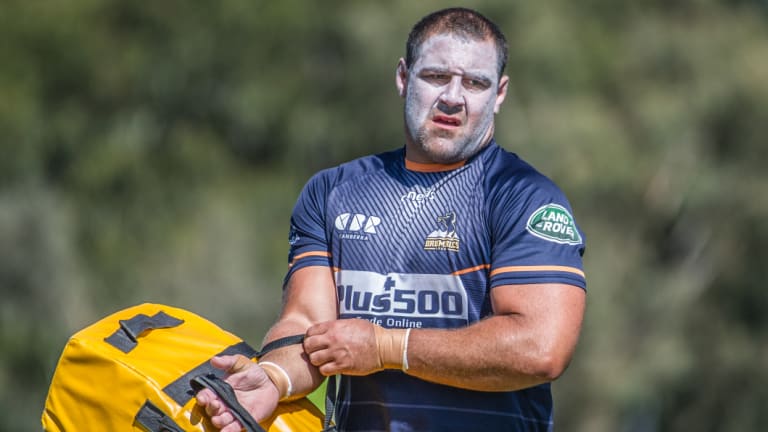 Josh Mann-Rea made sure he was protected from the sun on Tuesday.Credit:Karleen Minney

"You've got to take a strategic mindset early in pre-season to prepare," Serpell said.

"You don't want to be pulling back on work now with four weeks until round one. If you pull back now, you're at risk of being de-trained when you get to round four.

"And I think the guys eat it up – they see it as a challenge. Full credit to them, we just finished a full contact session with a bit of fitness running in between and there wasn't a single complaint."

Josh Mann-Rea went full zinc on his face to protect himself from the sun and the Brumbies have brought in slushie machines for re-hydration as well as ice towels on the sideline and ice baths after a session.

"Just little things around the edge to help them cope with the heat," Serpell said.

"The big thing for us is making sure they've got fluid on board so they don't get fatigued early. When you start that preparation in November, it makes a huge difference.

"Your body does some great things in learning how to adapt to that … it takes about 12 days to get the acclimation going. The earlier we can do that, the better."

The heat was no excuse for a host of Brumbies trying to impress coach Dan McKellar to win a spot in the first game of the season against the Melbourne Rebels on February 15.

Swain and Murray Douglas are hoping to force their way into the second-row rotation, but have to compete with Wallabies trio Rory Arnold, Sam Carter and Blake Enever. 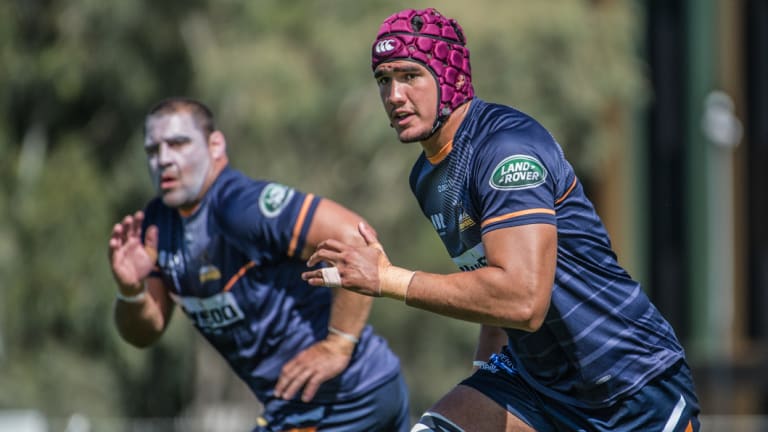 Swain wants to put on weight to get to 116 kilograms to add physicality to his game while journeyman Douglas is a self-described "battler" who is ready to take his chance in Canberra.

Swain made his Super Rugby debut last year and is hungry to see more game time in his second season.

"I'm just going to try to have a red-hot crack," Swain said. "I was a bit shy and hesitant [to start with] … but I feel like I've learnt a bit more and that's given me a bit more confidence.

"Like anything, you get a little taste and you want to put your whole foot in rather than just the toe. I want to stay as agile as I can, but I know I need to put on beef."

Arnold will leave Canberra at the end of the year after signing a deal with French club Toulouse. Brumbies co-captain Carter is also weighing up his future and is considering offers from overseas teams.

That could open the door for Swain and Douglas to get more game time and they'll use a trial game against the Rebels on January 26 to press their claims for the future.

"I thought there were some good players to learn off [at the Brumbies] and I'm trying to get as much as I can from it," Douglas said.

"I suppose I'm a bit of a battler – a high work-rate and pride myself on doing the basics of my position pretty well."

SUPER RUGBY ROUND ONE