MANCHESTER UNITED are reportedly preparing for another takeover bid of more than £3billion from the Saudi Royal Family.

And fed up fans who organised a protest at the Glazers and Ed Woodward could soon be whipped up into a transfer frenzy if Crown Prince Mohammad Bin Salman makes a fresh takeover bid at Old Trafford. 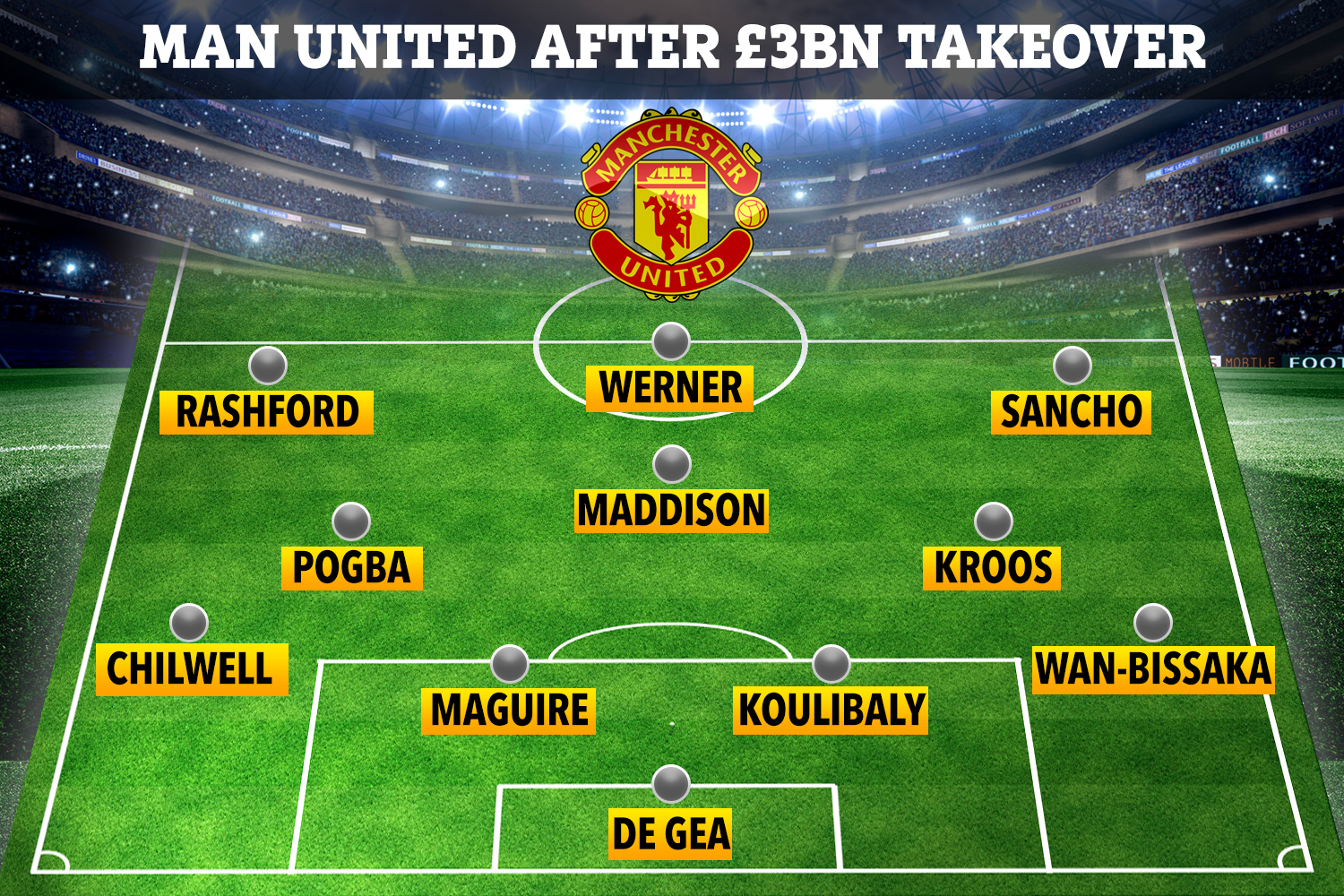 Newcastle supporters were once hilariously dreaming of the likes of Lionel Messi and Kylian Mbappe before Mike Ashley's proposed bid to sell the club fell through this summer.

Similarly, United would be in an enviable position if the Saudis complete their long-awaited ambition to challenge Middle East rivals like the Abu Dhabi-based owners of Manchester City.

The Red Devils have already drawn up a list of transfer targets for both January, and the end of the season, and would have been expected to have to bid within their means.

United spent £150m over the summer to bring in Harry Maguire, Aaron Wan-Bissaka and Daniel James, but were priced out of moves for Jadon Sancho and Kalidou Koulibaly.

But a £3billion-plus takeover could put all the players on their radar up for grabs, starting with Leicester duo James Maddison and Ben Chilwell.

SunSport exclusively revealed United are set to step up their pursuit of the £130m-rated pair, with club scouts watching the England stars during their recent matches against Tottenham and Liverpool.

Ole Gunnar Solskjaer has also been thought to be lining up a move for RB Leipzig forward Timo Werner, to ease the goalscoring burden on Marcus Rashford.

United legend Roy Keane believes Harry Kane to be the answer to the Red Devils goalscoring problems  – but the England captain has expressed his hope to be a "one-club man".

However, there is much more hope of landing his Three Lions teammate Sancho, with the winger holding talks over a move to Old Trafford in March.

Borussia Dortmund have also all-but accepted defeat in holding onto the former City prospect, with a £150m swoop rumoured for next summer.

Reports in Germany this month claimed that United are willing to pay £66.9m for Real Madrid star Toni Kroos.

David Moyes came close to bringing the German to Old Trafford back in 2013 – only for the deal to fall through at the last minute.

And United have also been given a huge boost for Koulibaly, with Napoli president Aurelio De Laurentiis admitting the time will come when he will be forced to sell.

The Red Devils chased the 28-year-old all summer, with the Serie A side even rejecting a world-record deal for a defender before Solskjaer turned to Harry Maguire.

But now De Laurentiis has revealed: "I loved Koulibaly the man so I refused £91m offer, but a time will come when I'll have to sell him.

"Whoever says we didn't improve our defence is wrong."

Unfortunately, all this could be moot however with Ed Woodward insisting that United are not for sale amid any rumours of a takeover.

Known as Avie, the eldest child of Malcolm and Linda Glazer has been co-chairman of United, with brother Joel, since 2005.

His earlier business career included being chairman and chief executive of the Zapata Corporation, which was founded by George W Bush, later the 41st President of the USA.

As well as his involvement with United, Joel is co-chairman,with brothers Bryan and Edward, of the Tampa Bay Buccaneers, the NFL franchise the family bought in 1995.

Under their tenure, the Bucs won their first Super Bowl in 2003 and opened a new stadium where home team touchdowns are marked by cannons firing from a 103-foot replica pirate ship.

Also a former Zapata executive. Takes control of a lot of the day-to-day running of the NFL team and had a big ole in the design and construction of the Raymond James Stadium.

In 2015 made a $4million contribution to setting up the Bryan Glazer Jewish Community Center in Tampa.

Co-chairman of First Allied Corporation, the real estate company which is the foundation of the family’s fortune.

He’s also the director of a banking firm, a commercial refrigeration business and the Houlihan’s restaurant chain.

She is co-president and main driving force of the Glazer Family Foundation which established a Children’s Museum in Tampa and does a lot of philanthropic work in the city, much of it linked to the Bucs.

Co-president of the Foundation.

The Glazers are known as supporters of Donald Trump, but although Ed hosted a fundraiser for Trump and donated $250,000 to his inaugural committee, but also gave $5,400 to Hillary Clinton’s 2016 presidential campaign.