JURGEN KLOPP has a selection headache over who starts in attack when Mohamed Salah and Sadio Mane depart for the Africa Cup of Nations.

The two wingers – along with midfielder Naby Keita – will leave for the tournament after the club's crucial Premier League clash against Chelsea on January 2. 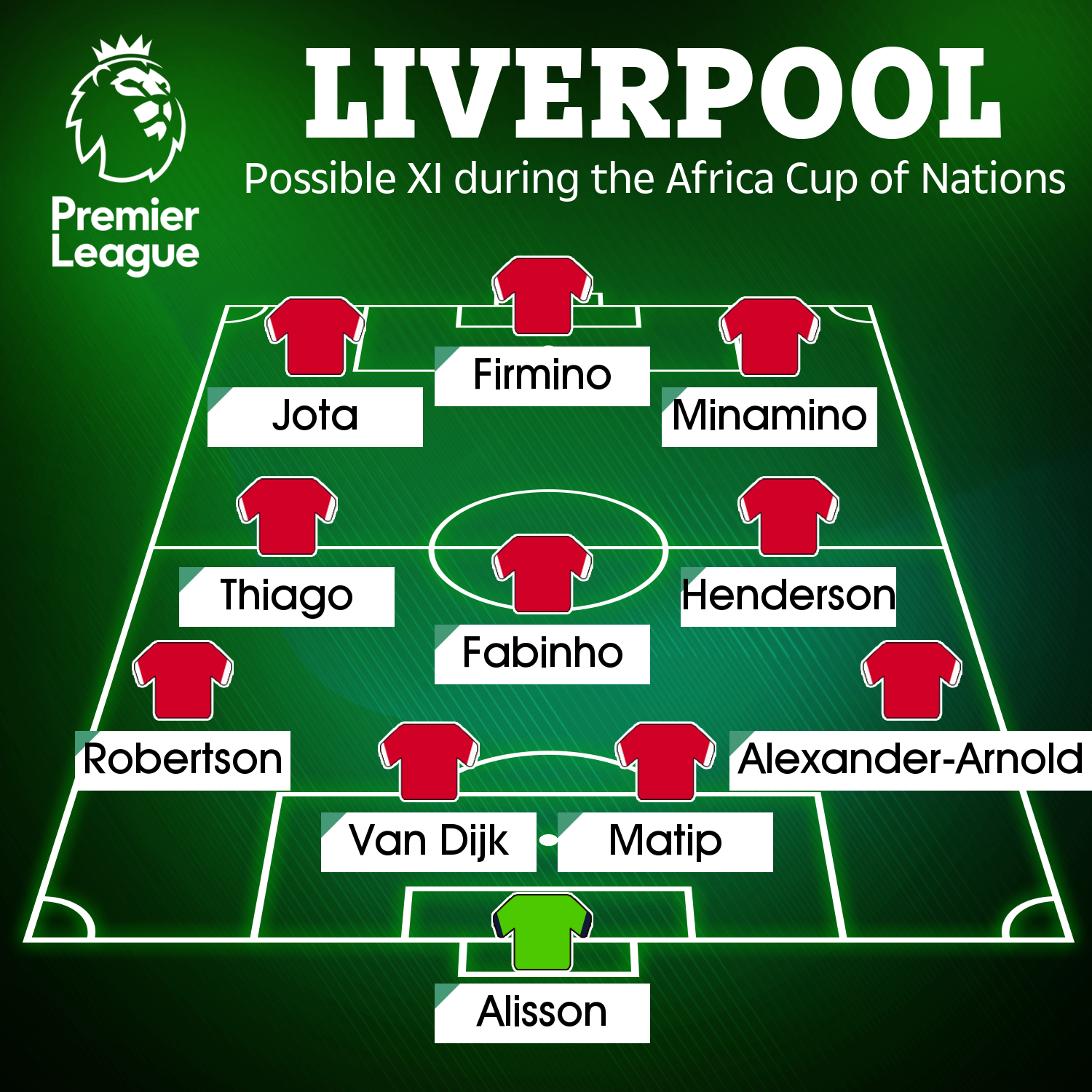 Liverpool received a boost from the Confederation of African Football after the governing body agreed to allow players to leave their clubs in the New Year.

This has allowed top-flight clubs to start their soon-to-be departing African stars between December 27 and January 3, with the competition kicking off six days later.

Commenting on the agreement, Klopp remarked: "The news is obviously good, we’re really thankful for that.

"I think it’s right, we needed help and we got help. All the clubs got the help, so it’s good that the boys can play this game. After that, they still have to go.”

But with the tournament running until February 6, Liverpool's trio could miss up to five games depending on how far Egypt, Senegal and Guinea progress.

They will certainly miss the two-legged Carabao Cup semi-final against Arsenal, along with the FA Cup third round tie against Shrewsbury.

THEY TOOT… THEY SCORE

And the players will also be unavailable for the Premier League fixture against Brentford and potentially the trip to Crystal Palace.

Here is how the Merseyside outfit could look in the absence of Salah, Mane and Keita.

Brazilian goalkeeper Alisson would surely start between the sticks having started 17 out of Liverpool's 19 Premier League games this term.

Trent Alexander-Arnold would feature at right-back, with Scotland international Andy Robertson deployed on the opposite flank.

A centre-back pairing could consist of Joel Matip and Virgil van Dijk after the former once again decided against linking up with Cameroon.

With Keita not an option for Klopp, the German could start Fabinho, Jordan Henderson and Thiago Alcantara in the middle of the pitch.

Diogo Jota could then swap leading the line to slot in on the left wing for Salah, with Takumi Minamino to replace Sadio Mane on the right.

Brazilian centre-forward Roberto Firmino would then be recalled to the starting XI to feature up top. 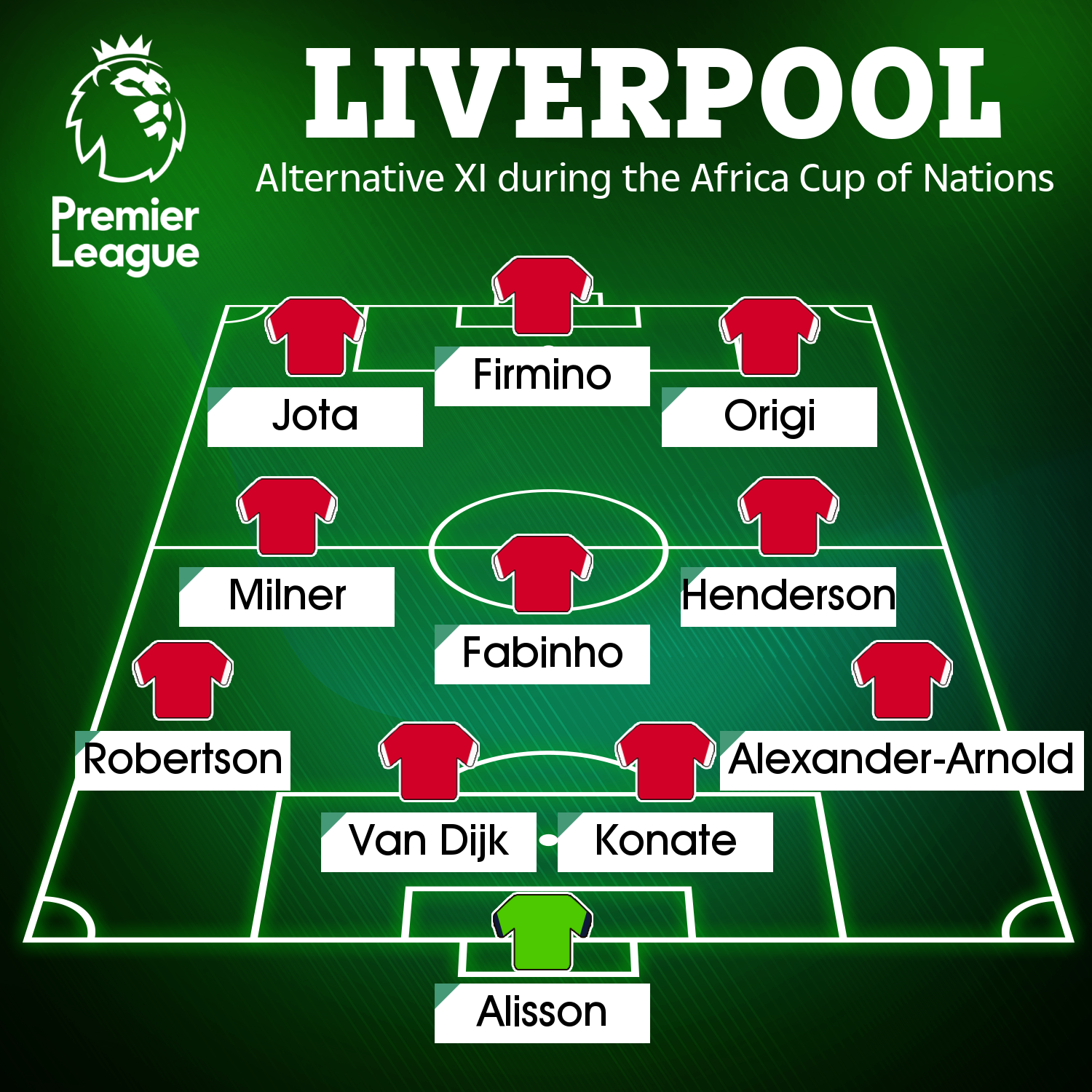