LIONEL MESSI believes he no longer works for Barcelona – and that the club’s claim he must pay them £623million to quit won’t stand up in court.

Barca and LaLiga joined forces yesterday to insist the terms of his contract mean if the 33-year-old wants to leave he will have to stump up the whopping release clause. 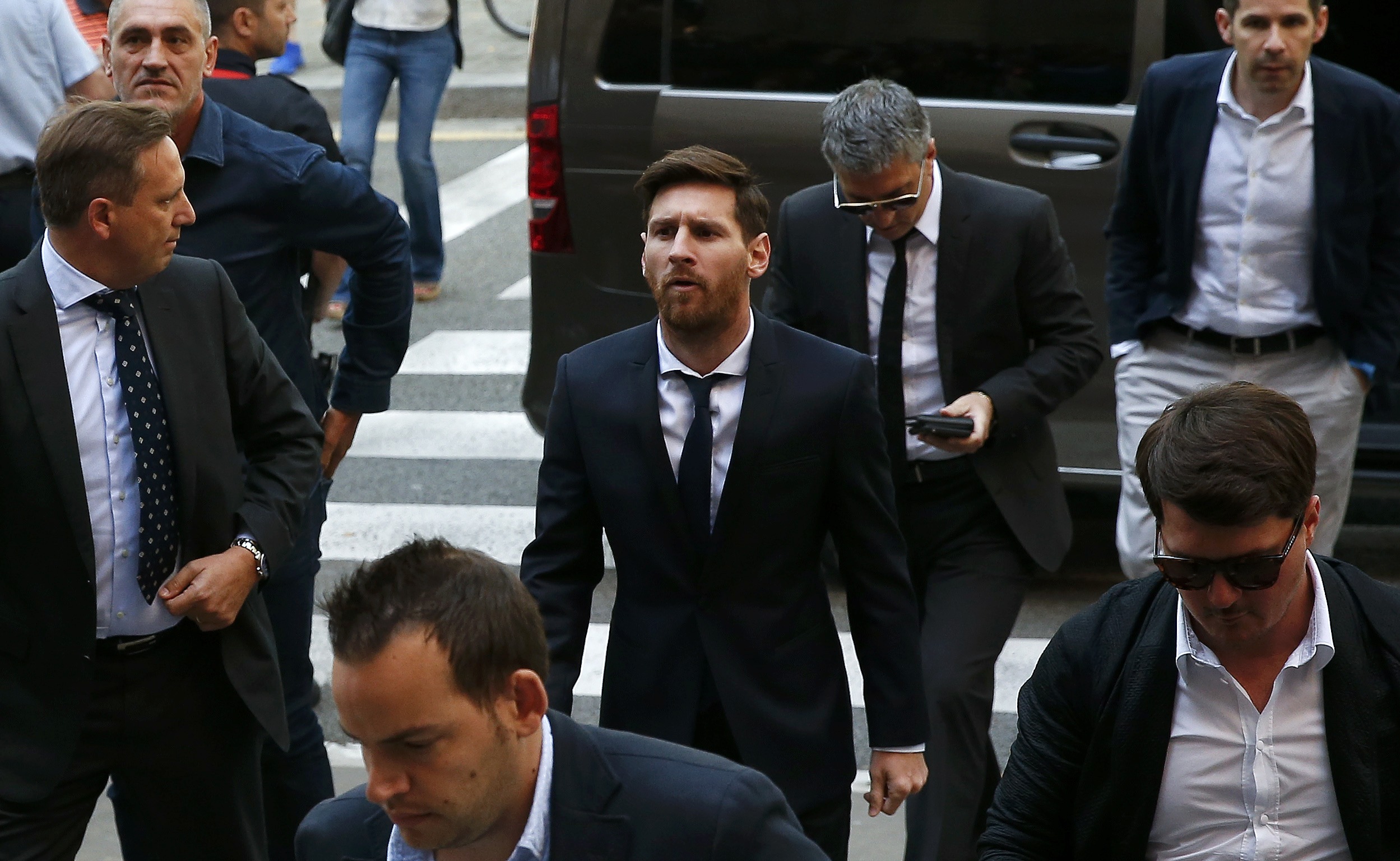 But Messi and his lawyers are ready to battle on two legal fronts they feel mean the Spanish giants do not have a leg to stand on – pushing him closer to a stunning move to Manchester City.

The stakes got higher when Messi went through with his promise not to report for a club Covid-19 test and he will definitely not show up for the first day of pre-season training today.

The brilliant Argentine is adopting the position of no longer being employed by Barcelona, and SunSport understands he does not expect to be paid from August 25 – the day he served his notice by fax.

The superstar had the right to quit Barca for nothing at the end of last season provided he informed them by June 10, ten days after the original date for the Champions League final.

But the player is convinced Fifa’s guidance to all clubs and players during the peak of the pandemic meant any pre-existing dates would be extended beyond the completion of the delayed campaigns.

The governing body stressed the spirit of the contracts should be honoured, and with Messi finally submitting his request just two days after the rescheduled Champions League final, it is claimed that is what he has done.

Barca’s position, backed by LaLiga chief Javier Tebas yesterday, is Messi missed his June 10 deadline so must pay the 700m Euro release clause if he wants out.

But that stance could come back to bite them hard, because Messi’s lawyers believe the actual clause doesn’t exist in the fourth year of the player’s contract, 2020/21.

So if Barca insist the 2019/20 campaign ended on June 10, by default they are saying the 20/21 season came into effect meaning the buy-out clause is no longer in force.

If that is the case then it would only leave City having to agree a fee to be able to snap up the world’s best player on the cheap.

City are waiting in the wings quietly, hoping Messi is able to convince Barcelona to act amicably and let him leave after the stunning service he has given to the club over 16 extraordinary years.

The LaLiga intervention from Tebas hardly came as any surprise, with bosses fearing Messi is following other superstars Cristiano Ronaldo and Neymar Jr in quitting the league.

So far Barcelona president Josep Maria Bartemeu has dug his heels in, but it is becoming clear the legal case is appearing to stack up against him.

Messi’s father Jorge is due in the city this week for talks with Bartemeu in which he will be hoping to agree to a parting of the ways on good terms.

In the meantime, the rest of the squad is likely to begin training under new boss Ronald Koeman this week without their talisman, who has been advised by his lawyers to stay away.