WAYNE ROONEY could take a leaf out of Sir Alex Ferguson’s book if he becomes Everton manager.

That’s by winning their relegation battle the ‘Manchester United way’. 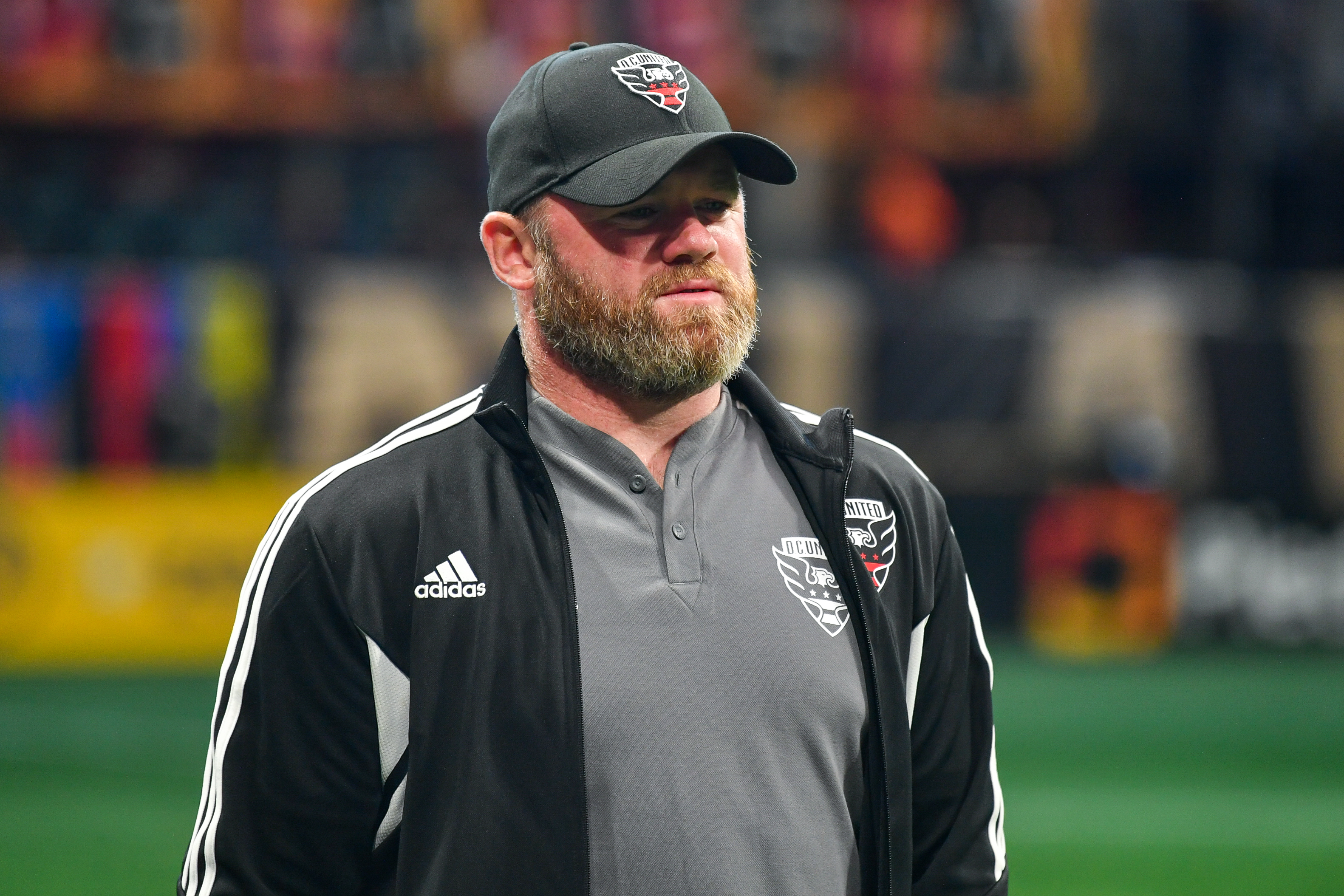 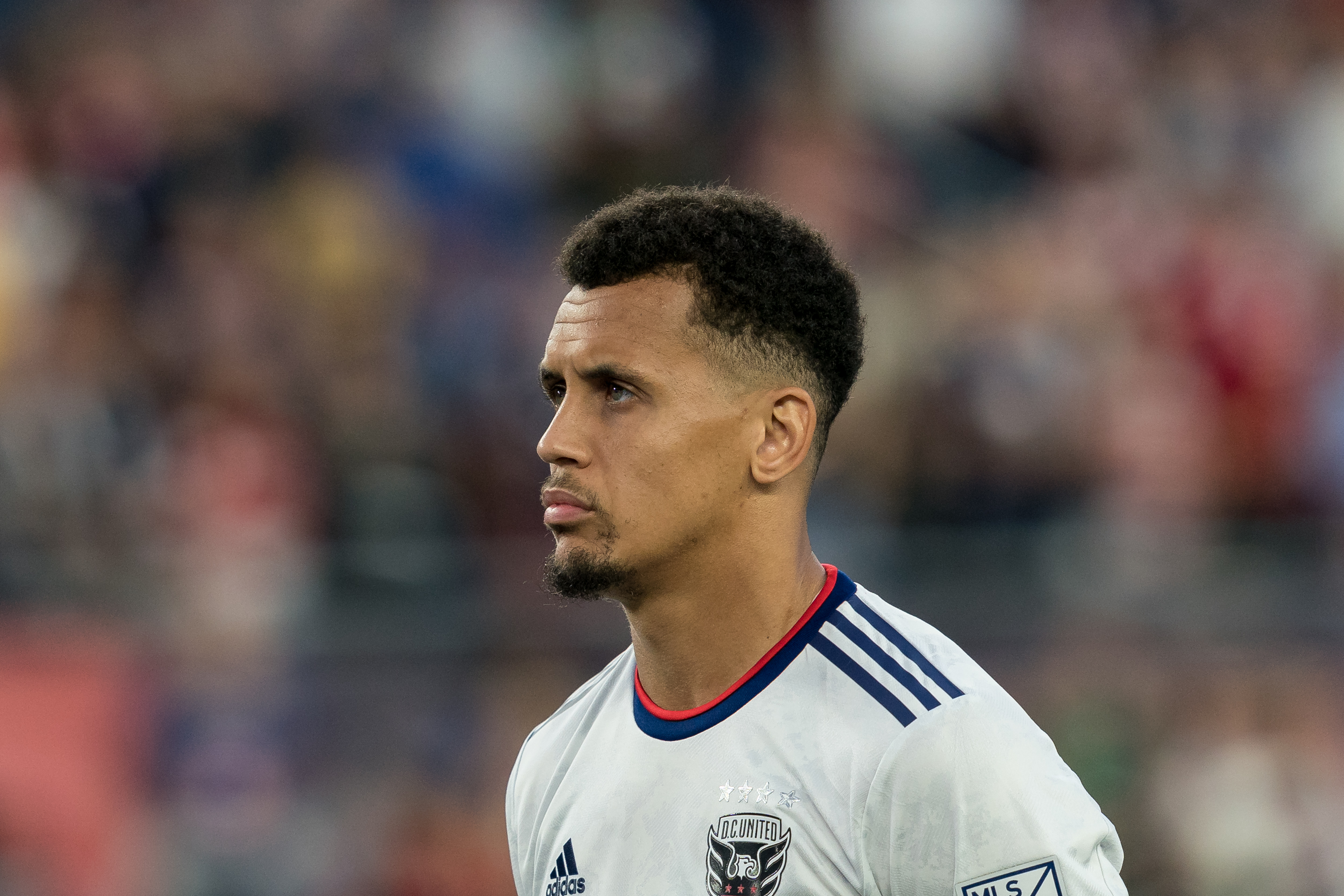 SunSport exclusively revealed Rooney, 37, is in line for a return to Goodison Park after two spells there as a player.

Frank Lampard is under enormous pressure after Tuesday’s 4-1 defeat to Brighton left Everton in the drop zone.

And Wazza has joined Sean Dyche and ex-Toffees gaffer Roberto Martinez on a managerial shortlist.

Should the former England captain leave DC United for Merseyside, he could look to his old boss Sir Alex for inspiration.

Win a Land Rover Defender or £82,500 cash alternative from 89p with our discount code

The no-nonsense Scot was famed for his attacking approach to the beautiful game, typically utilising an old-school 4-4-2 formation.

And that system could suit Rooney down to the ground at Everton.

Jordan Pickford would definitely continue as No1 – as long as the Toffees can keep him out of rivals’ clutches.

And the centre-back pairing of James Tarkowski and Conor Coady is solid enough. 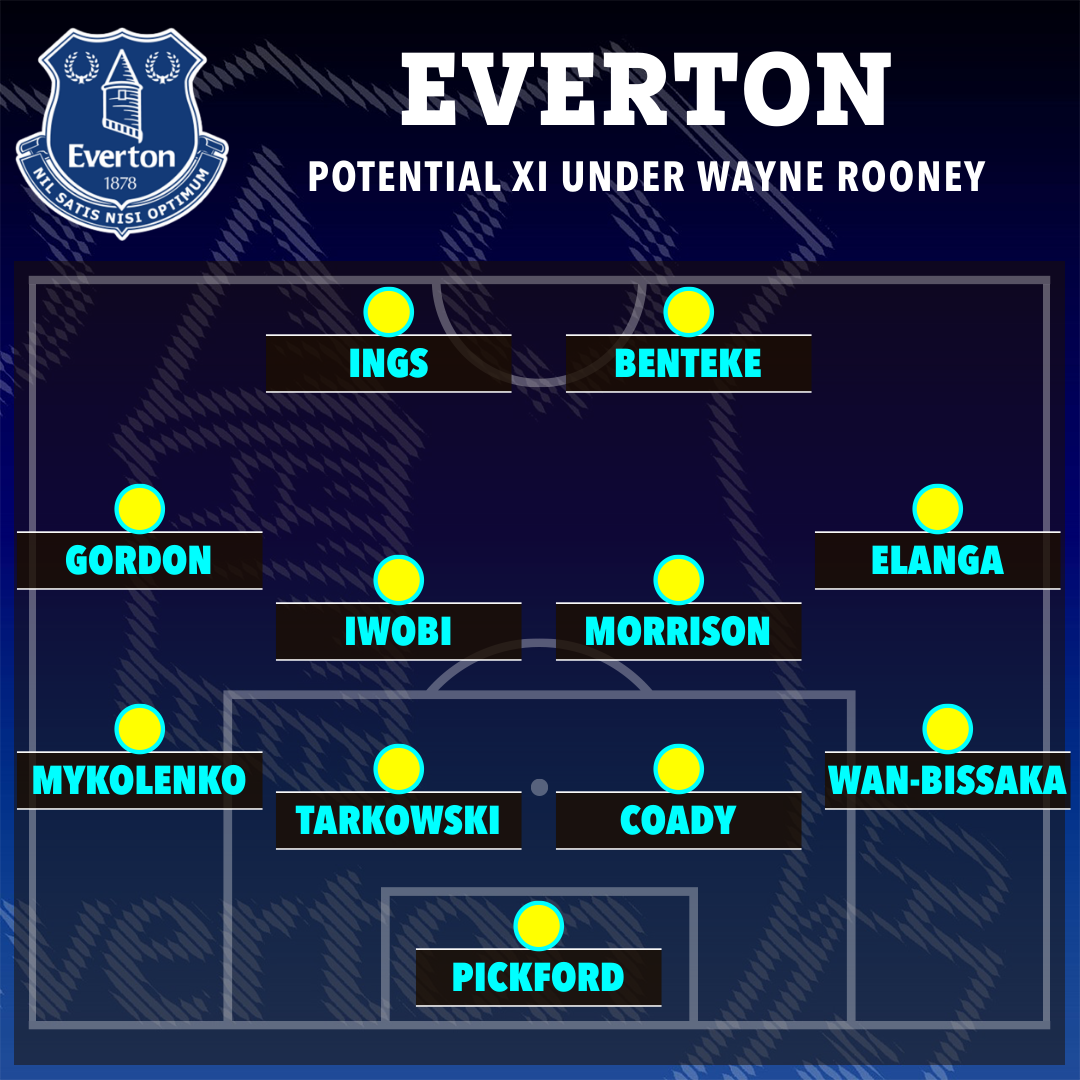 Left-back Vitalii Mykolenko has been one of the few bright sparks for Everton this season.

But right-back is an area that needs addressing, and Rooney could be tempted to move for Aaron Wan-Bissaka as a result.

The Man Utd star is enjoying a resurgence under Erik ten Hag, but remains second fiddle to Diogo Dalot.

United are open to selling, and former skipper Rooney has close links to the club after 13 years as a player there.

Indeed, the Red Devils could end up having two players poached by Wazza, with Everton also interested in Anthony Elanga.

The winger has dropped down the pecking order at Old Trafford and could jump at the chance of becoming a regular elsewhere.

Alex Iwobi is the perfect example of a bit-part player from a big club who has succeeded at Goodison, and he would go straight in Rooney’s side as a central midfielder.

Potentially joining him in the heart of the team is Ravel Morrison, who first played for Roo at Derby and is now starring for him at DC United.

The fourth and final spot in midfield would go to Anthony Gordon, who will only get better on the left wing as time goes by.

That leaves two spots up front, with Dominic Calvert-Lewin sure to take one if he is fit.

The first is ex-Premier League star Christian Benteke, who is proving to be a reliable target-man with Wazza in the US capital.

The other forward could be Danny Ings, who has lost his place in the Aston Villa side and could now be sold by Unai Emery.