ARSENAL play AFC Wimbledon for the first time in 21 years on Wednesday.

The Gunners welcome the Dons to the Emirates in the Carabao Cup third round but last time the teams faced off, Dennis Bergkamp, Patrick Vieira and Martin Keown played. 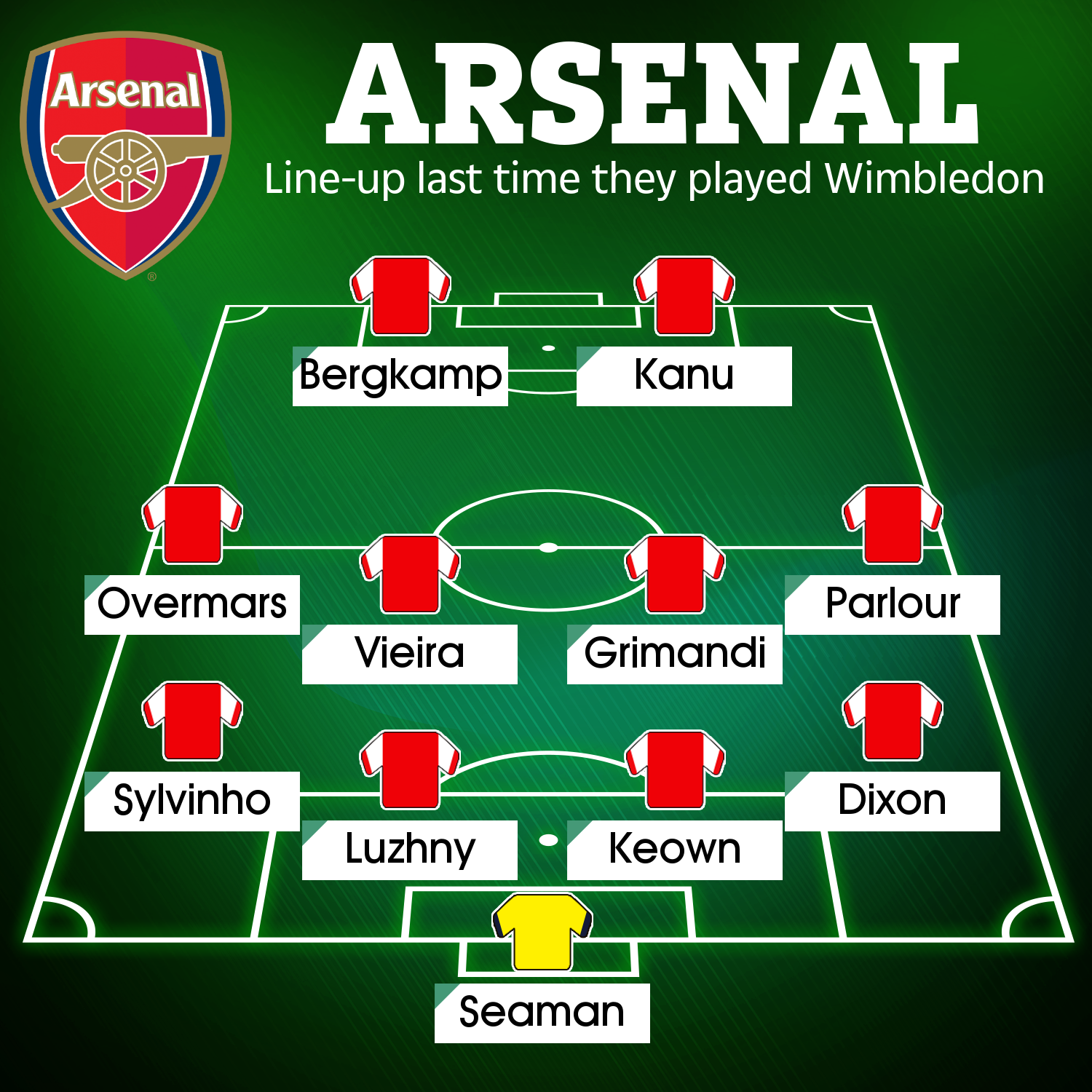 It was April 2000 and Arsene Wenger's side travelled to Selhurst Park for the Premier League fixture.

Uriah Rennie was the referee in front of the 25,858 fans and the Gunners eventually ran out 3-1 winners on an action-packed afternoon.

David Seaman started between the sticks behind Keown and Oleg Luzhny.

Lee Dixon and Sylvinho played as full-backs in support of a star-studded midfield.

Ray Parlour, Marc Overmars and Vieira accompanied Gilles Grimandi in the middle of the park.

Andreas Lund put the home side 1-0 up after 12 minutes before Kanu turned the game on its head with two goals by the 42nd to make it 2-1 to Arsenal.

Wimbledon were given a glimmer of hope just a minute later when Luzhny was sent off.

But they could not make the extra man count and went down to ten themselves with three minutes of normal time remaining.

Jason Euell was shown a red before Thierry Henry – who came off the bench – wrapped up the points on 89 minutes with a penalty.

SunSport has explored how the Gunners are expected to line up for Wednesday night's game.

Mikel Arteta could make nine changes from the team that beat Burnley 1-0 at Turf Moor last time out.

That is despite Spanish gaffer Arteta stating he will field a competitive team against Mark Robinson's men.

Asked whether he will rotate his side in his pre-match press conference, he said: "I hope that I can put out the strongest team I can. 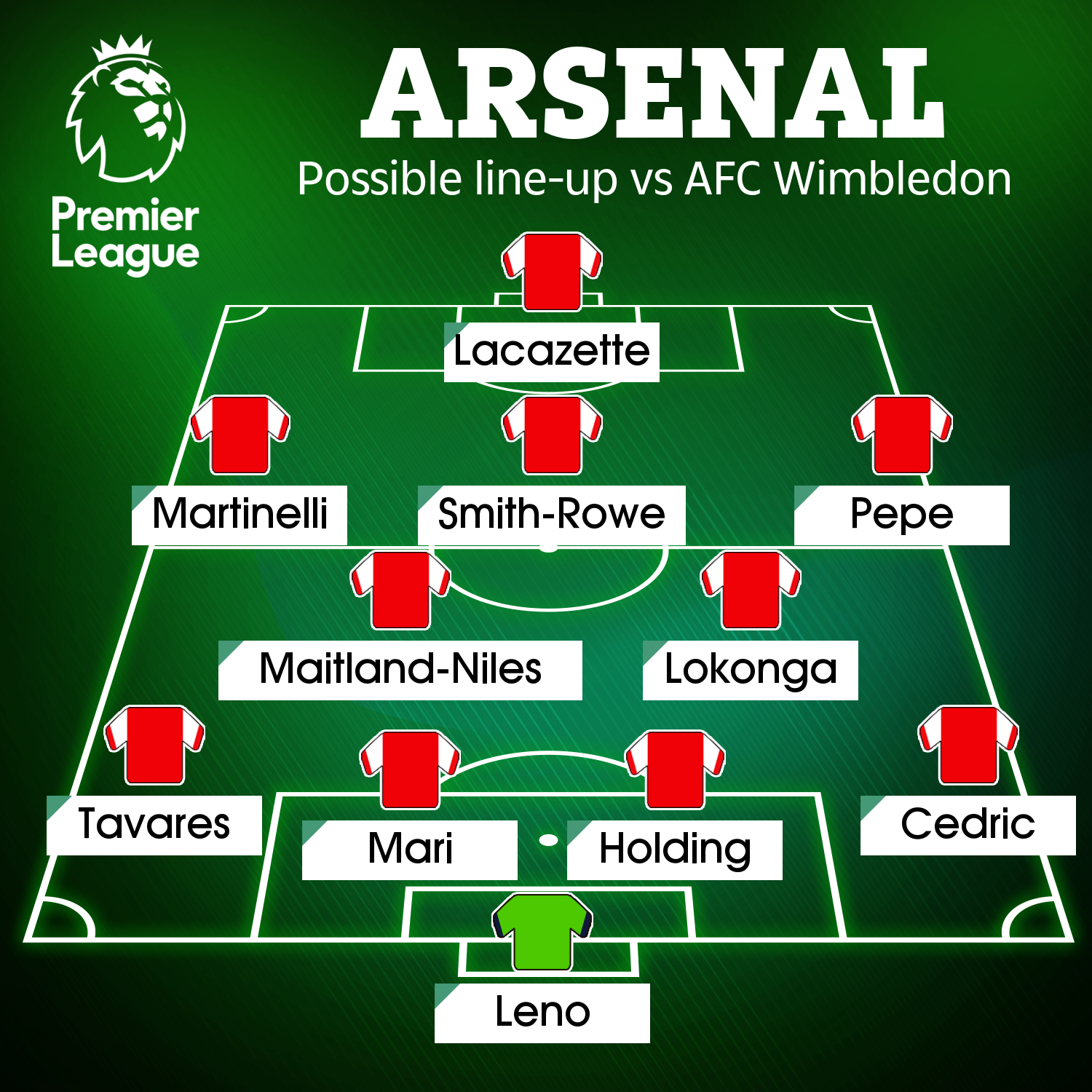 "That means that the players have performed really well and then give a really strong performance and this is what we want to do."

Then pressed on if he will give players in the squad minutes who deserve it, he remarked: "Absolutely and you have to praise that for sure.

"Let's see who's available, how they recover and what is the best way to approach the game."