GOLDEN girl Hollie Doyle broke yet another record at Kempton on Wednesday evening.

The 23-year-old landed her 117th victory of 2020 on State Occasion as her memorable season continued in style. 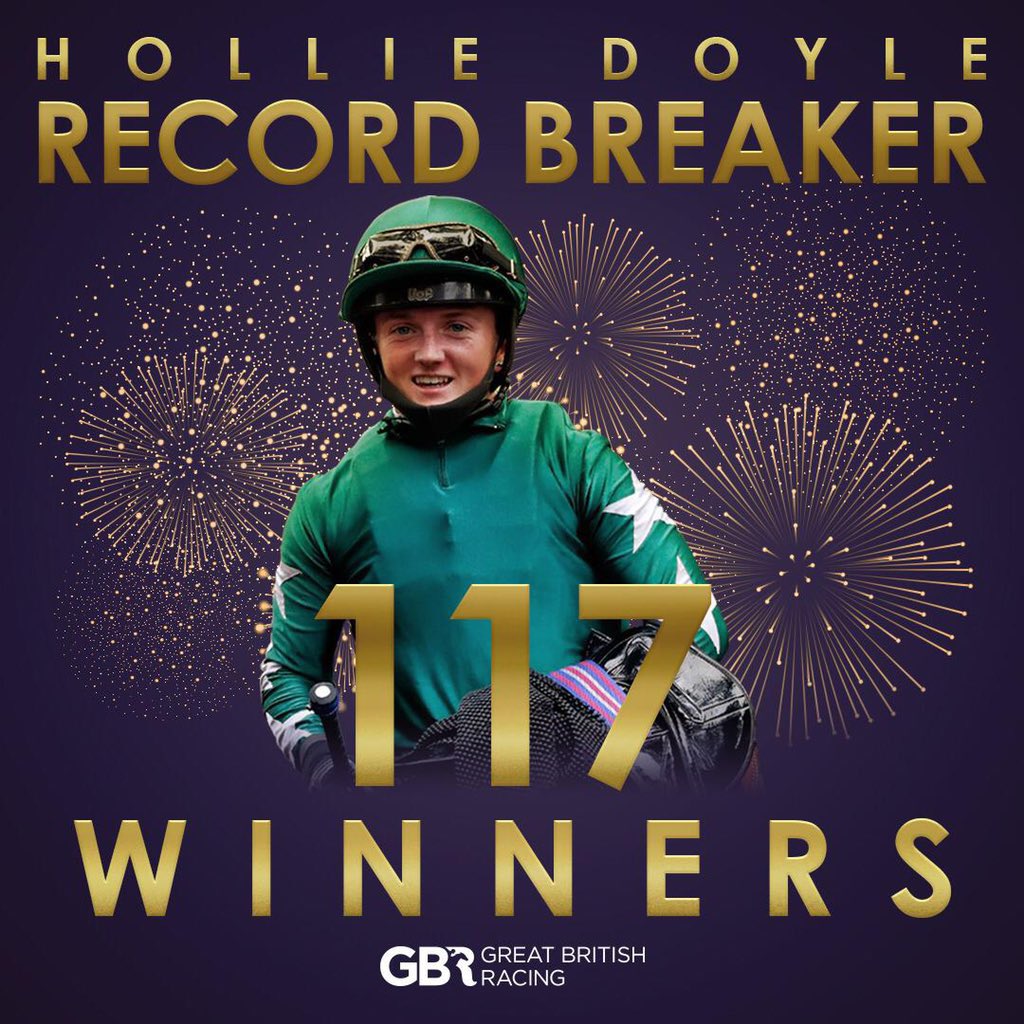 Doyle was all smiles as she bettered her own tally for the number of winners ridden by a female in a calendar year.

With two-and-a-half months of the year still to go Doyle will undoubtedly add to her tally and she could start at Ascot this Saturday.

Doyle said: "When I broke the record last year in the back of my mind I was always thinking about breaking it again this year, as I didn’t want it to be a one off, so I’m delighted to have achieved that goal.

"When you think that we also missed two months of racing this year, it is amazing that I have been able to do it so quickly.

"I want to thank all the owners and trainers that have supported me throughout this year, without them, none of this would have been possible."

Doyle also became only the third woman to ride a winner at Royal Ascot following a tremendous triumph with Scarlet Dragon in the Duke of Edinburgh Stakes, joining Gay Kellaway and Hayley Turner on the Royal Ascot roll of honour.

Hayley Turner told GB Racing: "It's a fantastic achievement to have broken the record again. Hollie is very driven and focused.

"She has an outstanding work ethic and attitude every young jockey should have. She has kept her head out the clouds and her hard work and results prove that."

ITV Racing Presenter, Francesca Cumani said: "I have made the point many times that I think gender is irrelevant when it comes to jockeys.

"Hollie has proven that when given an opening she can be just as capable, if not more than any of her colleagues.

"She is pocket sized but has talent for horses big and small that you can’t measure. Her humility and affability hold her in great stead for further successes and more records."