Al Nassr posted a picture on social media of the five-time Ballon d’Or holding up the team’s jersey, with the club hailing the signing as “history in the making”.

“This is a signing that will not only inspire our club to achieve even greater success but inspire our league, our nation and future generations, boys and girls to be the best version of themselves,” the club wrote. 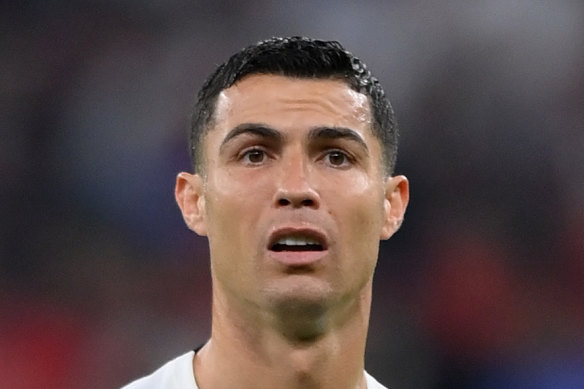 It also gives the 37-year-old Ronaldo a massive payday in what could be the final contract of his career. Media reports have claimed the Portugal star could be earning up to $200 million a year from the deal.

While the signing is a massive boost for Middle Eastern soccer, it will also fuel the debate about Saudi Arabia using so-called “sportswashing” to boost the country’s image internationally. Saudi Arabia’s sovereign wealth fund owns Premier League team Newcastle, and the country is considering a bid to host the 2030 World Cup.

Ronaldo had been a free agent after his contract was terminated by Manchester United following an explosive TV interview in which he criticized manager Erik ten Hag and the club’s owners. He is coming off a disappointing World Cup where he was benched in the knockout rounds and Portugal lost in the quarterfinals to Morocco.

He will now seemingly see out the last years of his career far away from the spotlight of top European soccer, as he is by far the biggest name to go play in the Saudi Arabian league.

Saudi Arabia earned its biggest international soccer win ever at the World Cup in Qatar last month when it beat eventual champion Argentina in its first group-stage game. But it failed to reach the knockout stages and the domestic league has few other stars and is not watched by a major international audience.