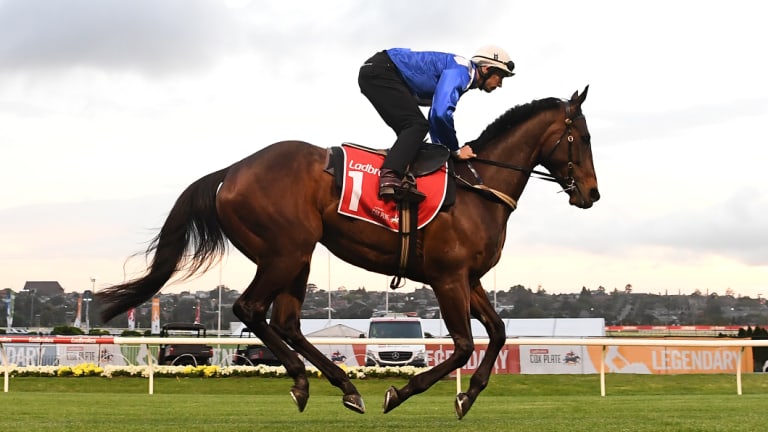 It's set to be a lockout at Moonee Valley on Saturday, with record crowds expected to cheer on wonder mare Winx in her tilt at a fourth Cox Plate.

Limited tickets are still available – but only until 5pm on Friday. After that, ticketless punters will be forced to watch the race on the small screen.

“Everyone wants to see history in the making,” he said.

Winx will etch her name into the record books if she claims her fourth Cox Plate at 5pm on Saturday. And while her connections remain tight-lipped, it could be her last Victorian race.

“It’ll be one of our great Australian sporting moments and people want to be a part of that,” Dwyer
said.

“There are legitimate challengers in the likes of Benbatl and Humidor, who pushed her to the limit
last year, so we’re set for a cracking race.”

But like last weekend's Caulfield Cup, the weather gods are not exactly playing ball.

The Bureau of Meteorology is predicting a cool, windy afternoon with a top of 19 and a chance of light rain.

“Late morning to early afternoon is when the main belt will come through, so the main event [at 5pm] is a chance of getting away with it,” senior forecaster Chris Godfred said.

“If it were at Caulfield, chances are you’d cop [the rain] but Moonee Valley is probably the part of
Melbourne that will get away with it.”

The crowd is expected to build throughout the day, but Dwyer recommended an early arrival to avoid the rush and get the best view.

“We’ve invested heavily in Wi-Fi infrastructure so people can use their apps and can capture the
moment on social media.”