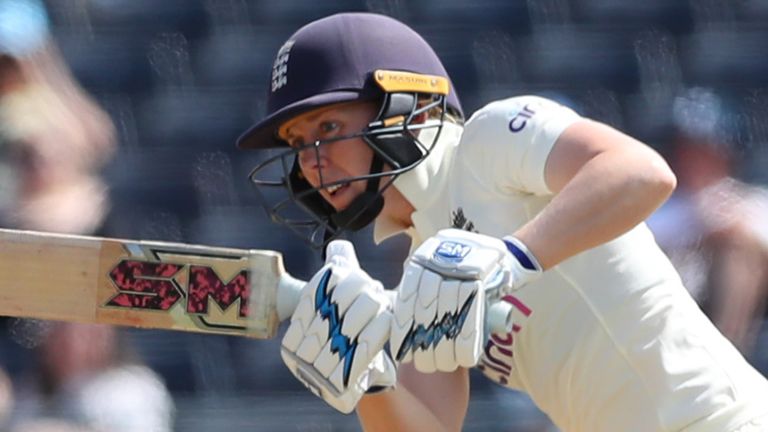 Heather Knight was dismissed five runs short of a second Test hundred on her 100th appearance as England captain, as India fought back with a flurry of late wickets on an enthralling first day of the LV= Insurance Women’s Test in Bristol.

Knight (95) and Tammy Beaumont (66) both registered half-centuries as England returned to red-ball cricket for the first time since 2019, while Nat Sciver (42) and Lauren Winfield-Hill (35) also played valuable cameos for the hosts, who closed on 269-6.

The pre-match build-up was marred by controversy surrounding the pitch after it emerged that the game would be played on the same wicket used for Gloucestershire’s Vitality Blast clash last week, but the hosts’ top-order dominated the opening two sessions.

The complexion changed dramatically following a flurry of quick wickets in the latter stages, as England slipped from 230-2 to 251-6, with Deepti Sharma (2-50) and Sneh Rana (3-77) combining to great effect.

However, Sophia Dunkley – the first Black woman to play Test cricket for England – finished unbeaten on 12 alongside Katherine Brunt (7 no), as Knight’s side stabilised matters following an enthralling 92 overs at the County Ground.

India handed red-ball debuts to Sharma, Rana, Shafali Verma, Taniya Bhatia and Pooja Vastrakar as they began their first four-day assignment since November 2014, and they will be buoyed by their spirited fightback.

Knight elected to bat first after winning the toss and her side made a terrific start, navigating a difficult opening hour which saw Jhulan Goswami and Shikha Pandey engineer some early movement for India.

Winfield-Hill was gifted a reprieve when she was dropped on three by Smriti Mandhana, and she contributed to England’s highest opening-partnership in women’s Test cricket since August 2004, putting on 69 alongside Beaumont. 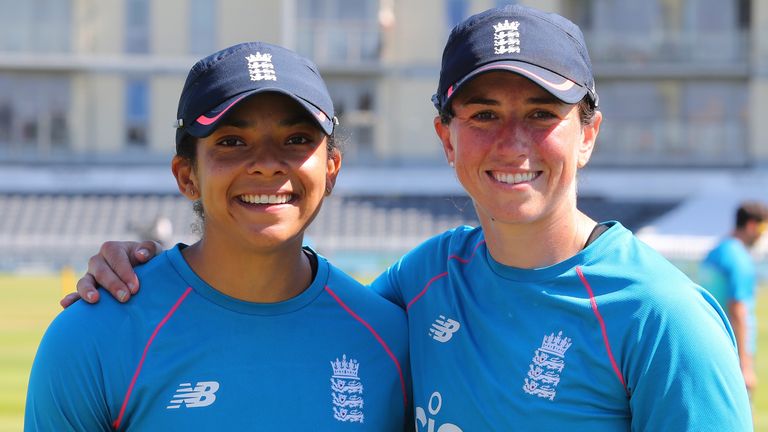 Winfield-Hill demonstrated her destructive potential with two sixes in her innings of 35, but she was denied a maiden Test fifty as two of India’s debutants combined, with wicket-keeper Bhatia handing Vastrakar her first Test wicket with a terrific reflex catch.

Beaumont was unbeaten on 44 as England reached 86-1 at lunch, and England’s diminutive opener brought up her second Test fifty off 99 balls shortly after the resumption, courtesy of her trademark sweep shot.

Mithali Raj continued to shuffle her pack in a bid to make the breakthrough as Knight and Beaumont pressed home the hosts’ advantage, but with England in control at 140-1, the visitors struck courtesy of two more debutants.

Rana, returning to international cricket following a five-year hiatus, snared her first Test wicket by inducing Beaumont down the track, and an inside edge on to pad led to her demise, as 17-year-old Verma took a terrific diving catch at short leg.

Knight was joined at the crease by vice-captain Nat Sciver, who registered back-to-back boundaries off the bowling of Goswami to help England to 162-2 after tea, and she threatened to take the game away from the visitors with an enterprising knock. 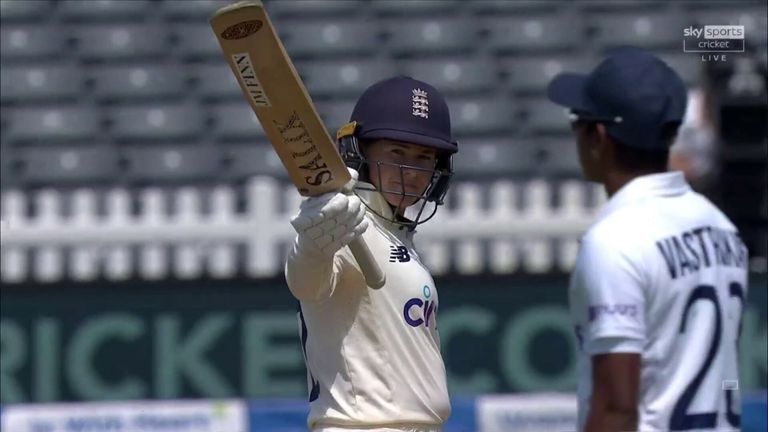 She was handed a lifeline on 34 when Sharma shelled a regulation chance at mid-wicket, although she soon made amends, trapping the all-rounder right plumb in front, as Sciver reviewed the decision in vain.

This sparked a fightback from India; Amy Jones (1) was unable to replicate her stunning form from the Rachael Heyhoe Flint Trophy as she succumbed lbw to Rana, before Knight departed agonisingly short of a second Test hundred.

The change of angle paid dividends for Sharma as she came round the wicket to the England captain, and having been given out lbw on the field, ball-tracking showed the ball to be clipping off-stump.

India’s revival continued when Sharma took a sharp catch at slip off Rana to dismiss Georgia Elwiss (5), although Dunkley and Brunt battled through the final 45 minutes to leave the contest finely poised heading into day two.

Live coverage of the Women’s Test between England and India continues on Sky Sports Cricket.