We all grieve differently. I’ve spoken with people who have lost loved ones, and they talk about the ensuing year of “firsts” and the twinges of pain they endure. Birthdays, Christmas, anniversaries. All of those things can be jolting reminders of the person who is no longer there. One image I’ll never shake was related by a friend who lost his father and for the next few years, his Dad’s weathered working boots stayed at the back door where they’d always been.

Former Age journalist Martin Flanagan once told me footballers die twice, but there is a context to that idea. Sport, in this case football, is the dessert trolley of life. A footballer playing his last game is not the same as my friend who lost his father, it’s not even in the same suburb of ball parks. But that doesn’t mean that footballer doesn’t experience a type of grief.

I always feel a sense of melancholy at this time of year. Having spent my adult life keeping to the beat of the football season’s rhythms has some lasting effects, I suppose. My heart knows this week signals the end for half the competition’s clubs, but it’s also the end of the chase for a few old players. 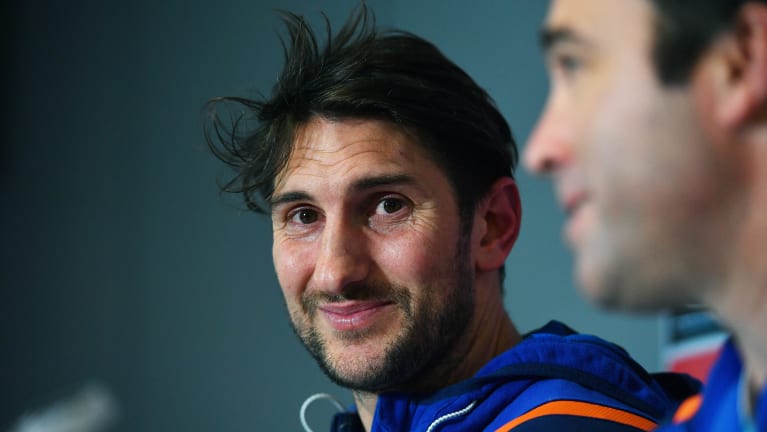 North Melbourne’s Jarrad Waite, who announced his retirment on Tuesday.

As a young man I watched, year after year, ageing veterans getting up in front of the group to announce that this will be their last game of football. Briefly, you saw the little child emerge through the glassy eyes of hardened men. Those little moments broke through tough exteriors like sunshine through clouds on a gloomy day.

Those rare moments, I think, speak to what some of that grief is. Your last game of footy can feel like the end of your childhood. If you want to go a step further, the death of that childhood. That’s how it felt for me.

Preparing for your last game can feel like a series of “lasts”. Small, somewhat meaningless parts of your routine as a footballer suddenly feel like grand touchstones in your life.

My Dad used to clean my footy boots with dubbin and some tattered cloth. Packing my boots into my bag for the last time brought those thoughts flooding in. Athletes are notoriously self-centred – out of necessity perhaps – but when the end rushes up at you like vertigo, suddenly the people who helped you along the way emerge in your consciousness with the clarity of gin.

Arriving at the ground, all of those little rituals and routines that seemed so tedious for much of your time as a player suddenly feel like parts of your body that you’re not quite ready to let go. This will be the last time you feel this particular kind of butterflies. The smell of the eucalyptus in your nostrils will never quite transport you the way it does in the lead-up to a game. As the players mill about and the tension builds, you start savouring the moments of tension you once despised.

A lifetime of being part of the pack can wear a player down; the constant need to conform and fit into the regimented structure can chip away at anyone’s limits. Part of the excitement of a life away from the game is the independence – it might have even been a catalyst for retiring – but with the end in sight, you bring the pack around you for comfort, holding onto your teammates’ jumpers as the tension soars. 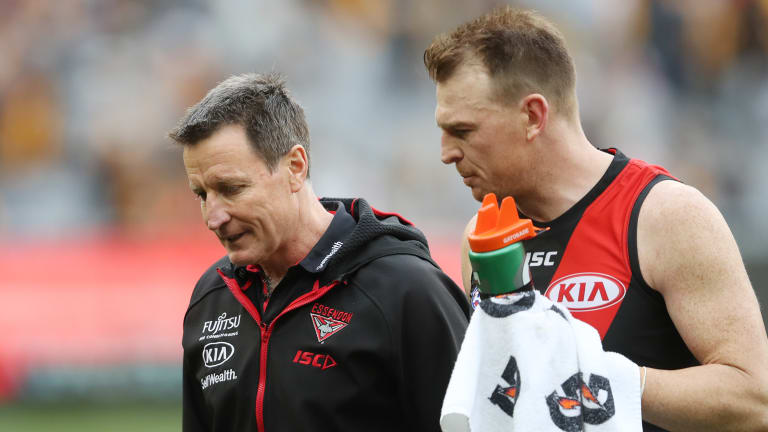 Brendon Goddard: time to let go, or is it?

You’re only seconds now from entering the field of play, and once it’s over, you’ll never be a part of the pack again.

The game will be different to every other you’ve played – you only get one last game – but you’ll find comfort in the familiar chaos. It’s been this way since you were a little kid.

Now we’re getting to the heart of it. The voice from your younger self will grow louder. It was always a partnership, you and that boy, and you’ll cross the line together. I hope you’ve made the voice proud. I’m guessing you have. The kid just wanted to play. All of those things you missed out on will hopefully quieten down or dull for a little while, and give you enough time to enjoy the thrill of the chase one more time.

The game is the game and you join the dance. A quiet beer in the changerooms with your comrades hopefully awaits. But it’s not until you get home and leave your boots at the back door that you realise the little voice in your head is no longer there. It’s time to be a grown-up.