The University of California (UCLA) star, 21, has gone viral after her phenomenal feat of strength and skill at the Collegiate Challenge in Anaheim, Florida.

Ohashi had set tongues wagging last year with her routine inspired by the King Of Pop.

But she may even have topped it in 2019 with her outrageous feats of athleticism leaving the stunned crowd on their feet and roaring.

UCLA shared a video of the full routine on their official Twitter account, captioned: "A ten isn't enough for this floor routine."

Ohashi's rare, but thoroughly-deserved, perfect ten set UCLA on their way to victory, as the team tallied an incredible total of 197.700. 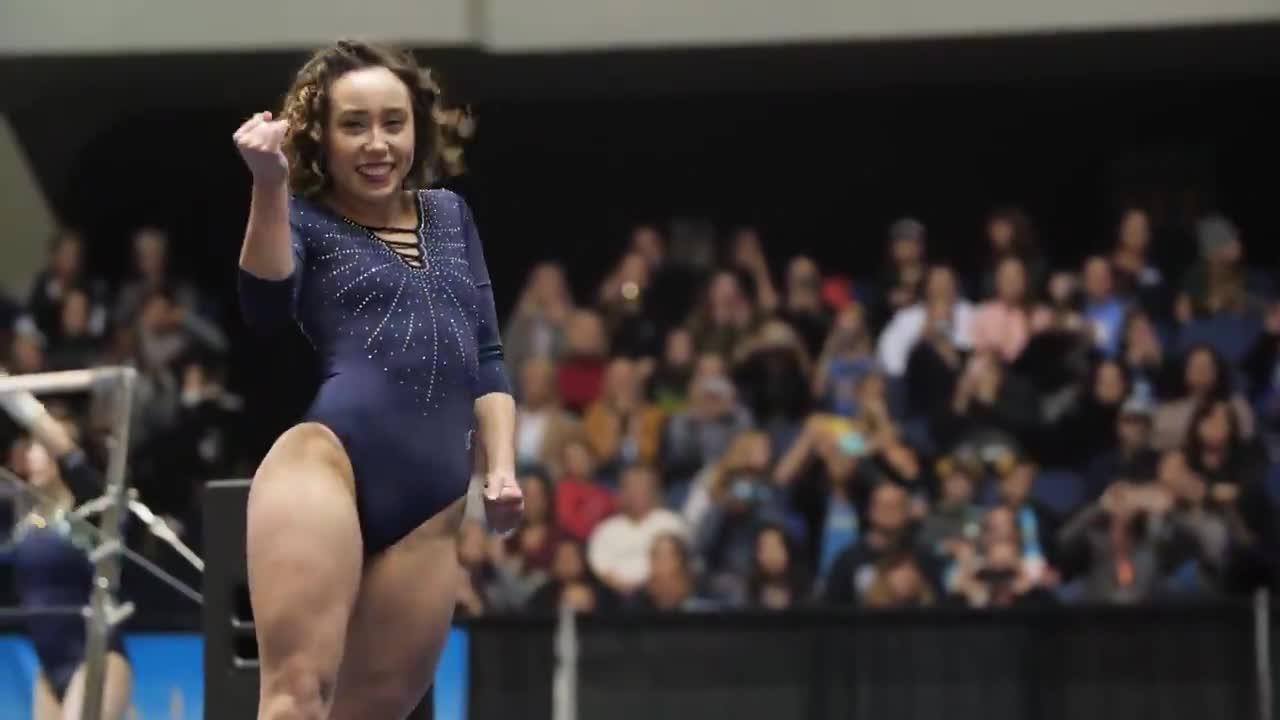 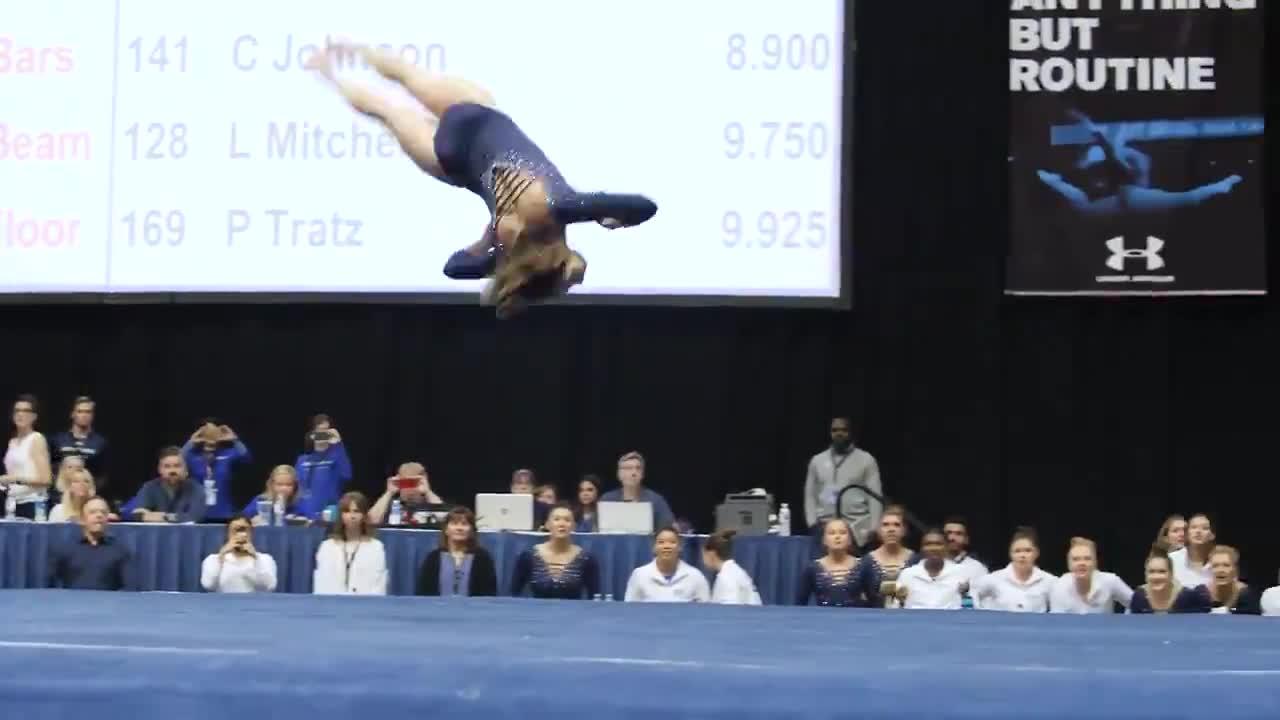 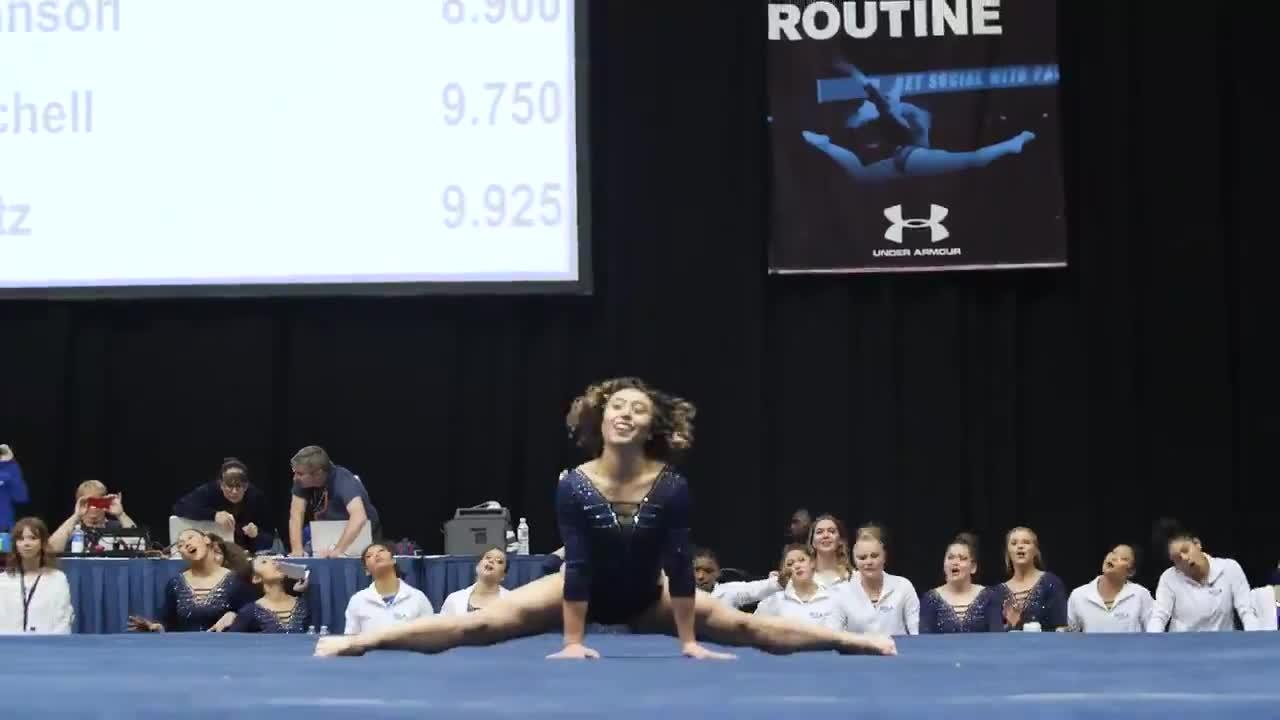 Unbelievably, Ohashi – beaming throughout the routine – revealed after the dizzying rendition it was only the SECOND time she'd attempted it.

While this year's video has already been watched over 12 MILLION times, the American ace has some way to go to catch up with her 2018 effort.

Again inspired by Jackson, Ohashi's flawless performance 12 months ago has been seen more than 90 million times.

After this weekend's viral-worthy routine, UCLA coach Valorie Kondos Field told the LA Times it was all about topping last year. 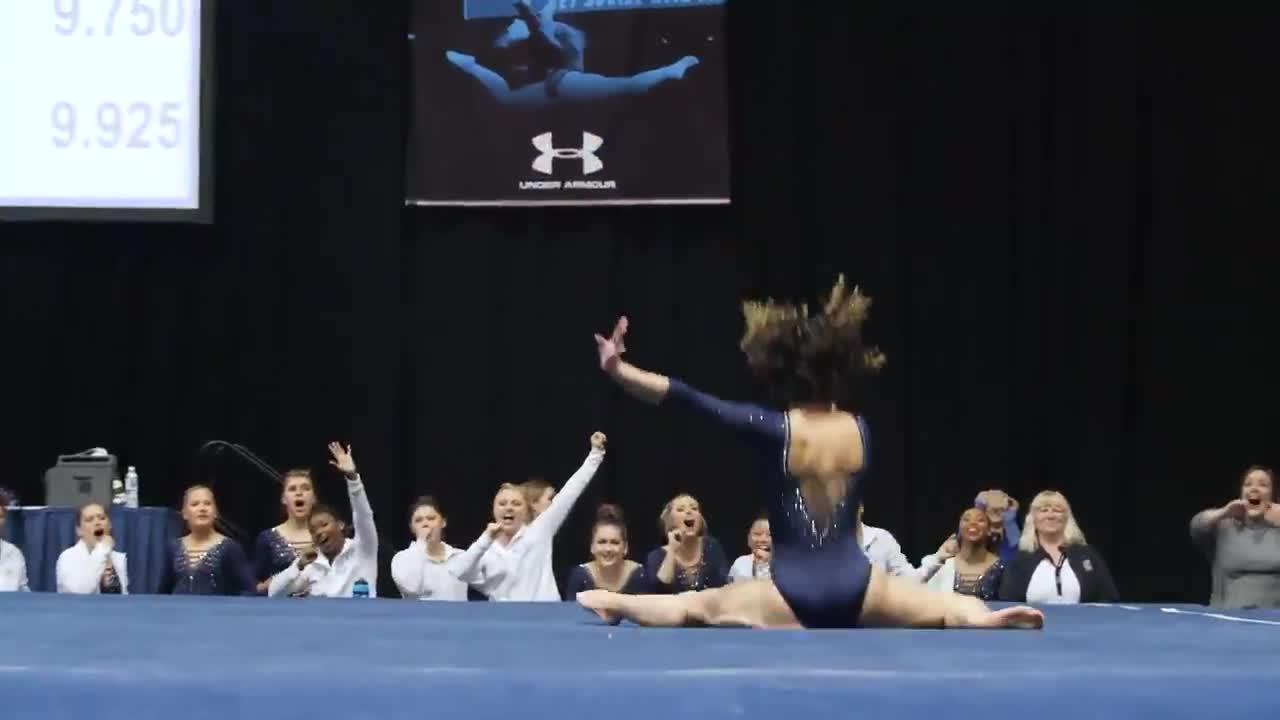 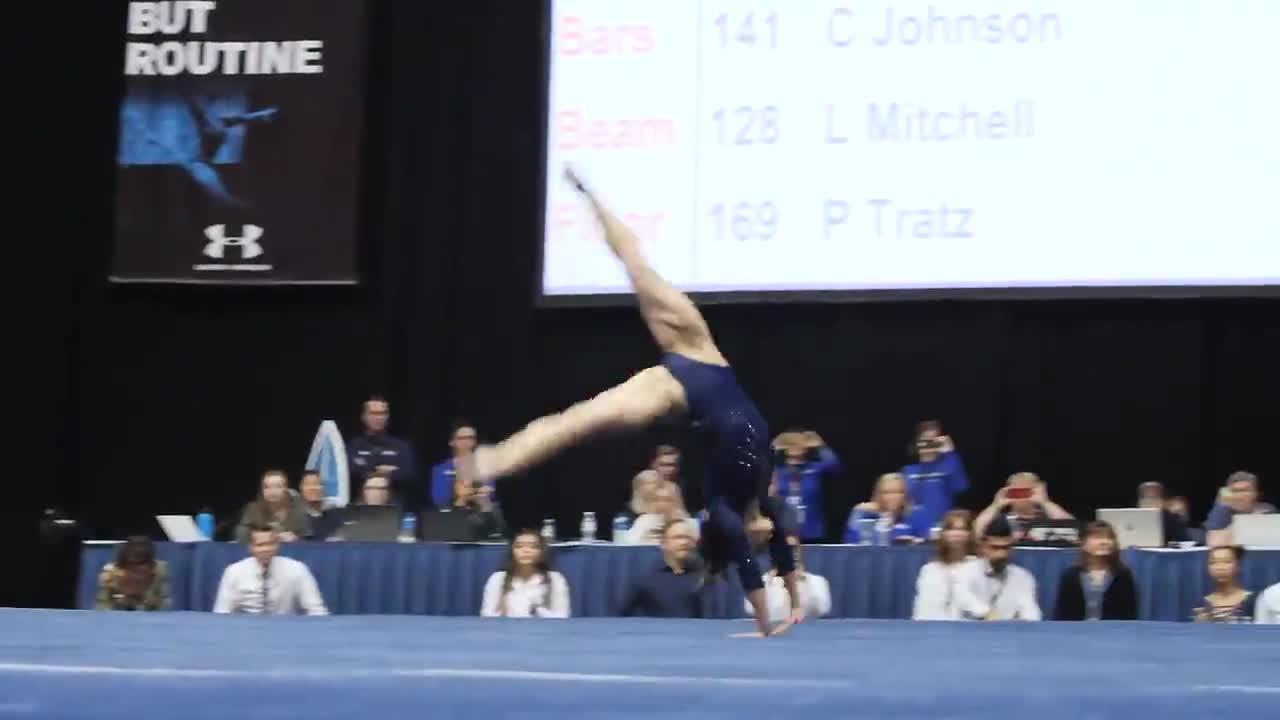 "It's ridiculous how much [Ohashi] does in that routine that she doesn't have to do."

Ohashi was once competing at an elite level before back and shoulder injuries curtailed her fledgling career.

The Seattle-born star instead opted to settle for the college level (NCAA) in order to limit the stress on her body.

But it would appear she threw caution to the wind this weekend as she pulled off tricks and stunts many of us wouldn't even be able to think of. 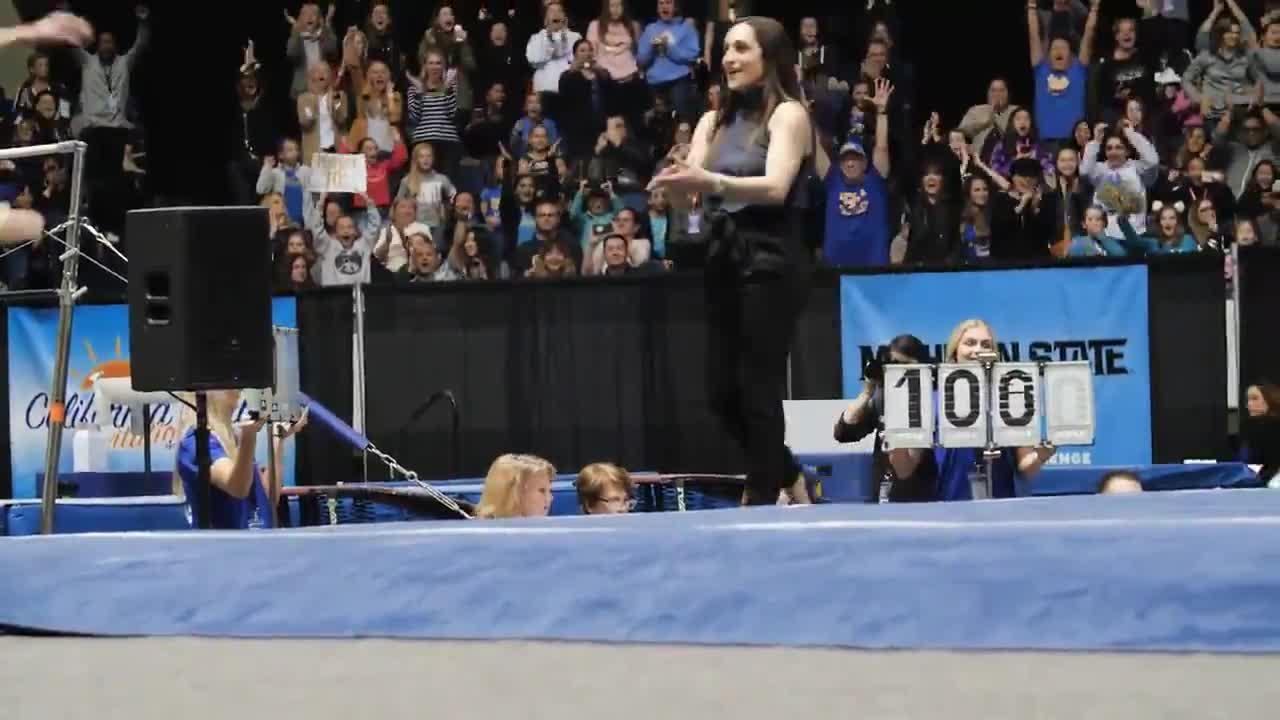 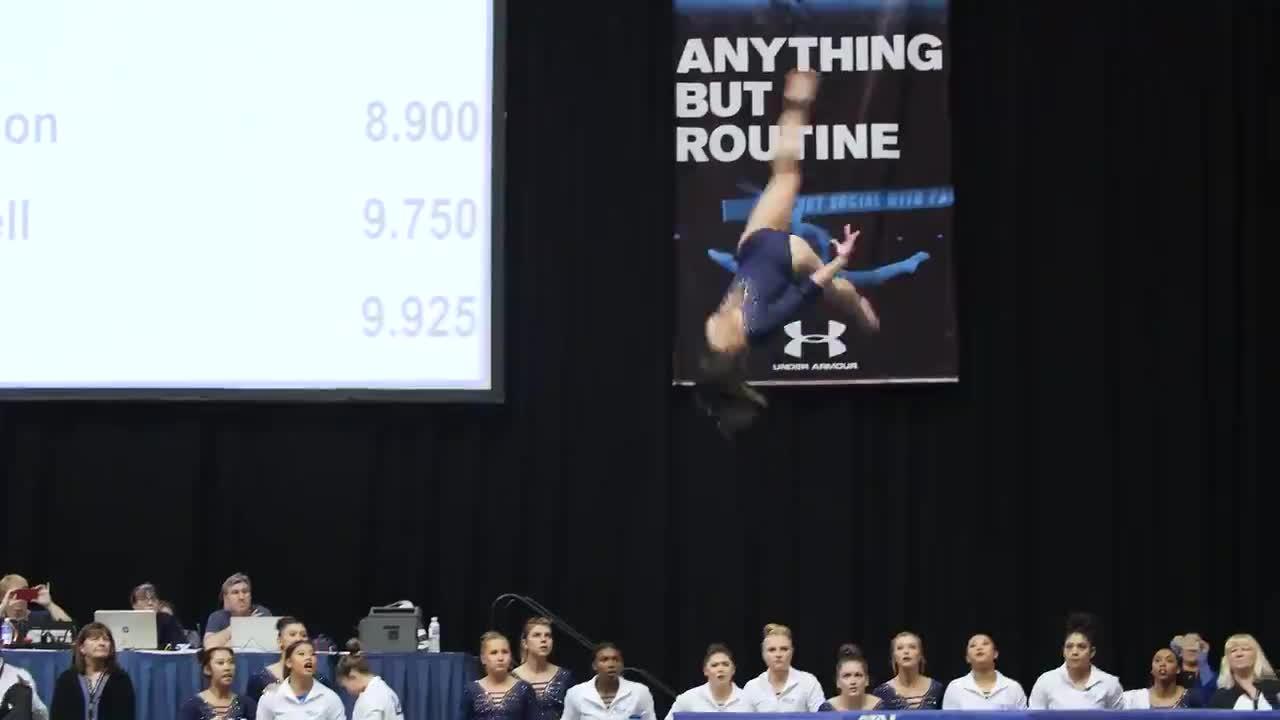 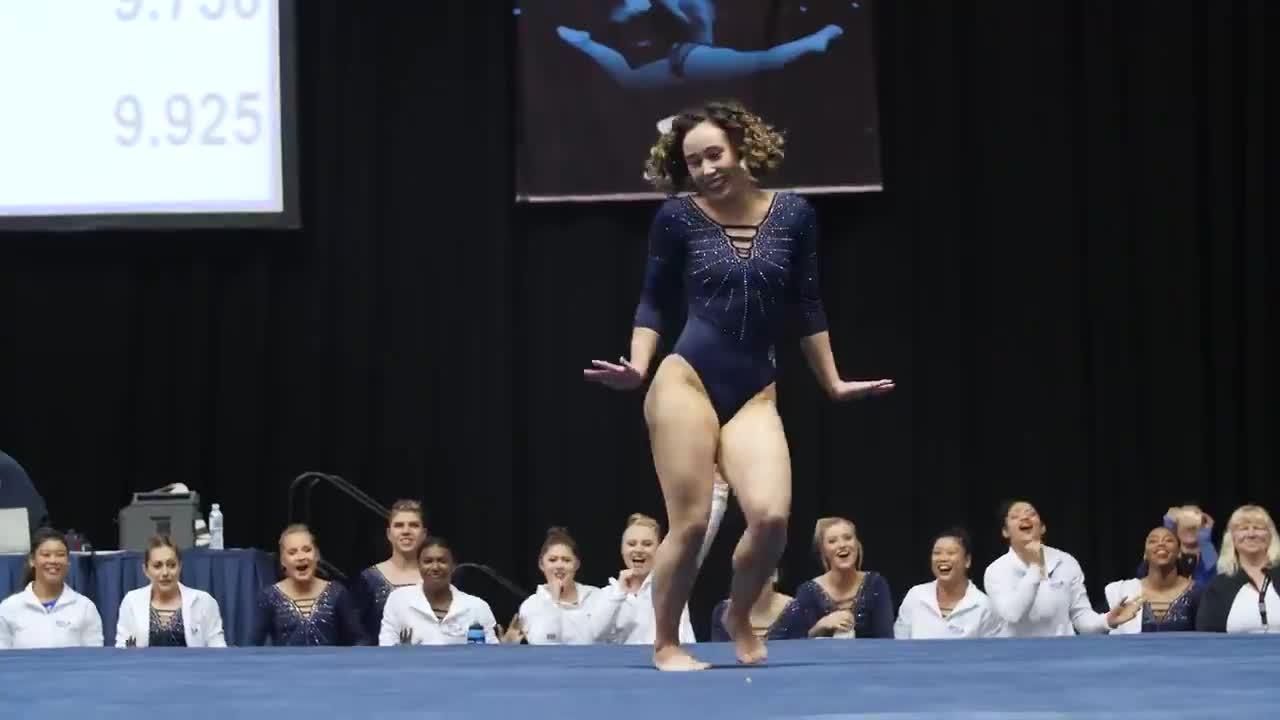 At one stage, the 4ft 10ins tumbler leaps in the air, falls perfectly into the splits, before using her hips to spring straight back to her feat.

Ever since, Twitter hasn't been able to get enough of the gymnast's routine, replying to the original video in droves.

One user claimed: "You killed it girl!!!"

Sports Illustrated described the routine as "perfection" while the Huffington Post echoed that sentiment, calling it "flawless".