John Gosden's impressive three-year-old was at his imperious best to see off old foe Circus Maximus (9-2) in the Group 1 contest. 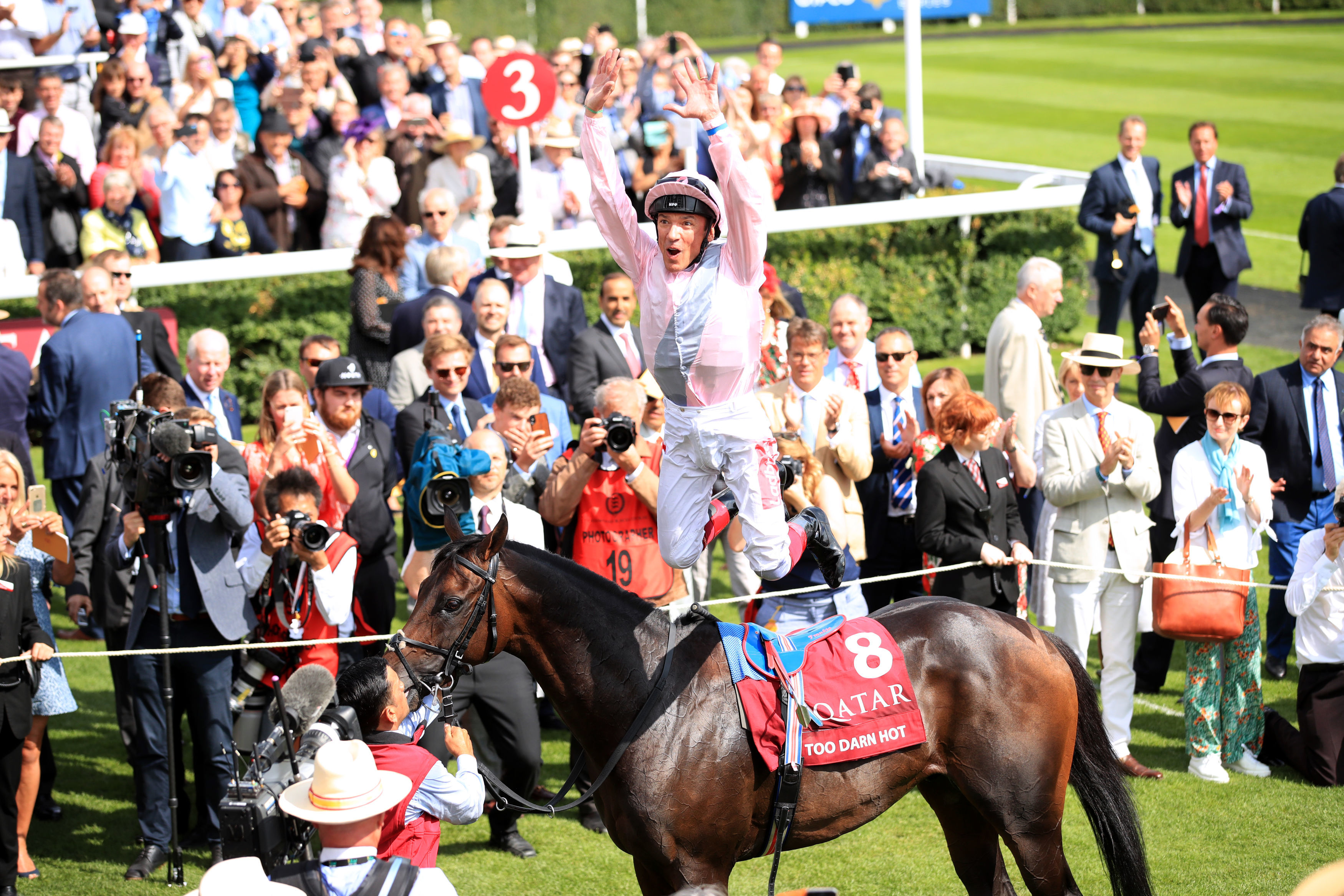 In a race run at a furious pace, Phoenix Of Spain broke out of the gates faster than a gazelle, the intention to get Too Darn Hot out of his comfort zone clear to see.

However, it had the opposite effect.

Frankie struggled to get his mount to settle, and through the majority of the contest the humming engine beneath him begged to be let loose.

Entering the final two furlongs, Phoenix Of Spain's frenetic early pace began to pay a hefty price, with Circus Maximus looking dangerous on his outside and Too Darn Hot travelling ominously well in behind. 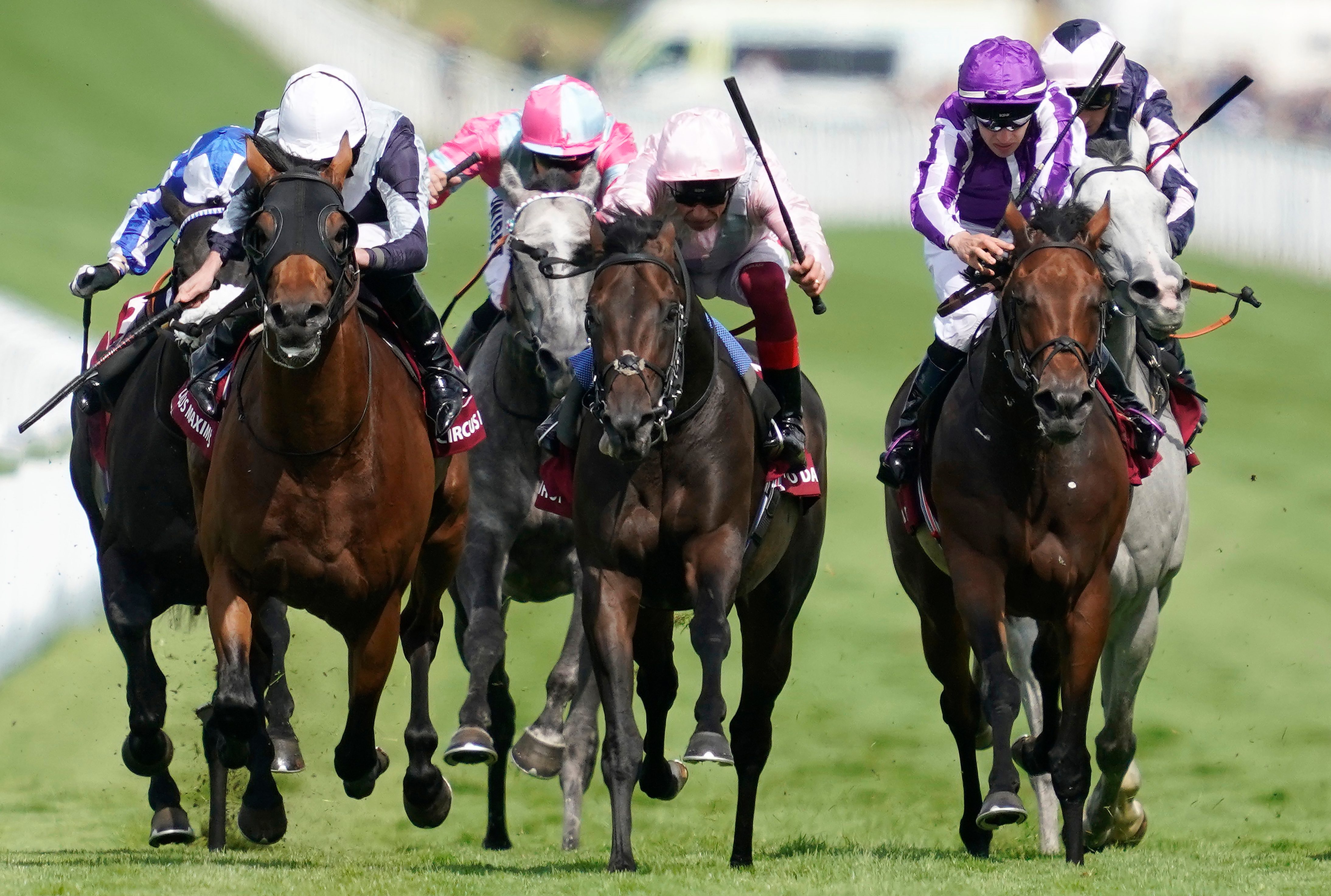 Aidan O'Brien's Royal Ascot winner quickly went into a two length lead as Dettori had to sit and suffer, he and Two Darn Hot finding themselves sandwiched between the fading Phoenix Of Spain and the ridden-along Zabeel Prince.

After what seemed an age, the favourite finally managed to get a run inside the final 100 yards.

And as soon as he was let loose, the turbo kicked in.

Only needing to be pushed out, last year's champion two-year-old confirmed he's back to his best – and that he can serve it up to the top colts over a mile.

Circus Maximus fought on well for second as I Can Fly (14-1) finished well in third. 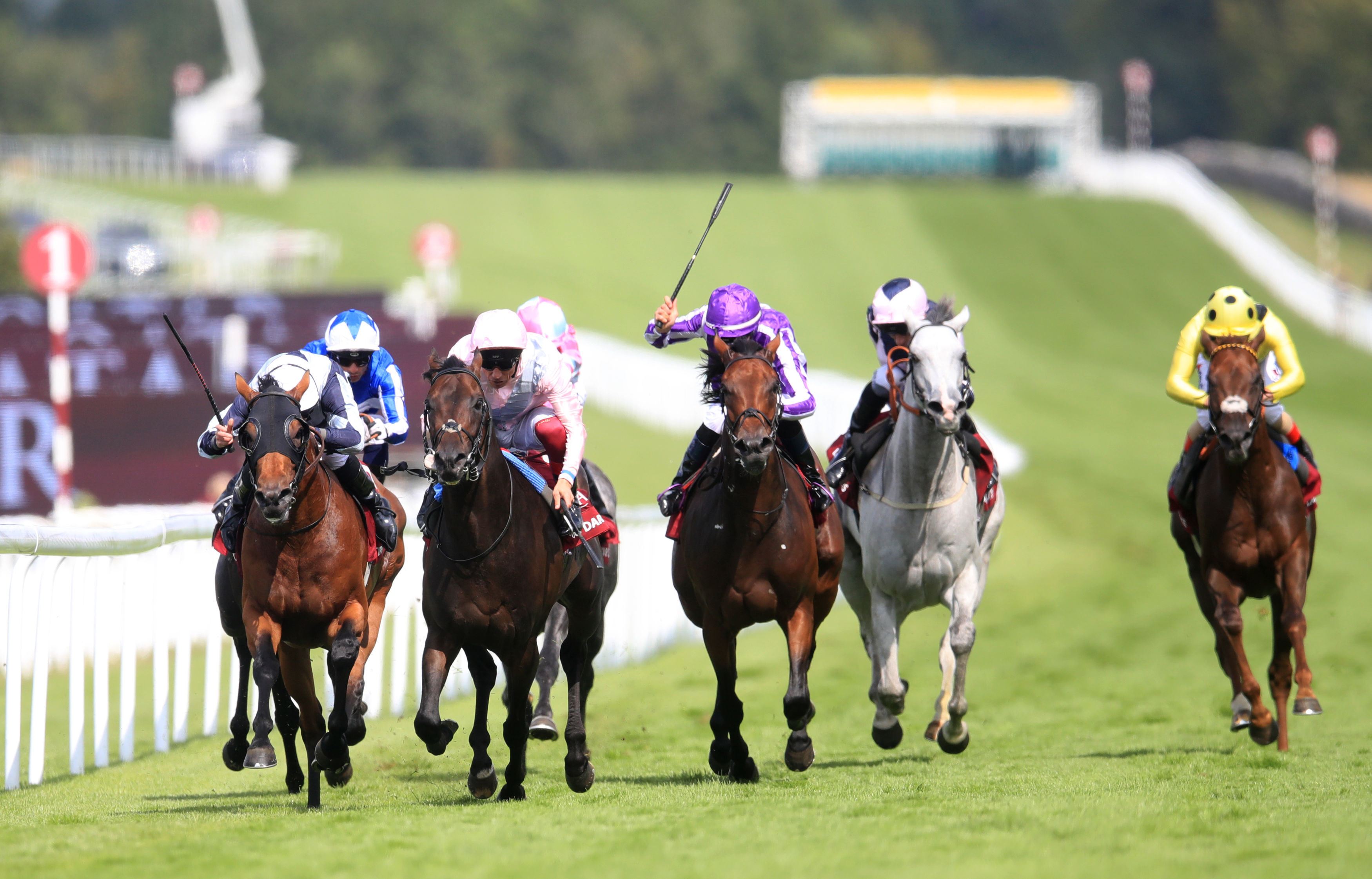 A delighted Dettori said: "I can't feel my arms!

"He's blessed with so much natural speed but gets a mile so well now.

"It's an amazing team we've got. We've got amazing horses and they're trained by a genius.

"Too Darn Hot has been very unlucky for obvious reasons. We had a good run at this and his homework was good.

"He has so much speed and the secret was just getting him to settle. He's shown what he can do." 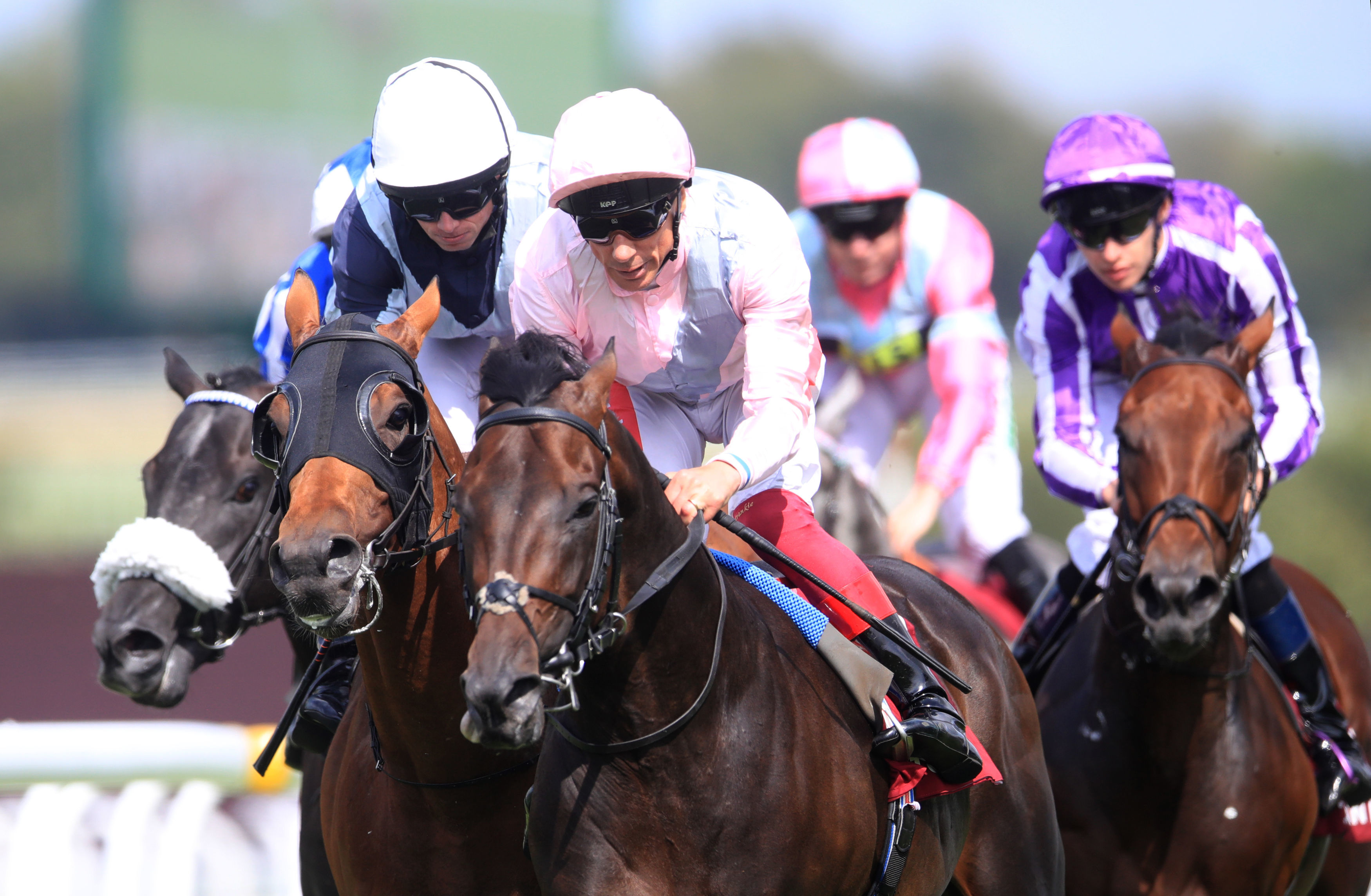 "He missed the Guineas and the Greenham through no fault of his own and then the trainer and the manager panicked and ran him too soon in the Dante, and then again in Ireland.

"He's won two Group 1s now and has proved all of his two-year-old form is solid.

"He'll be put in the Group 1 sprint at Haydock and the race I'm really toying with is the Breeders' Cup Mile."