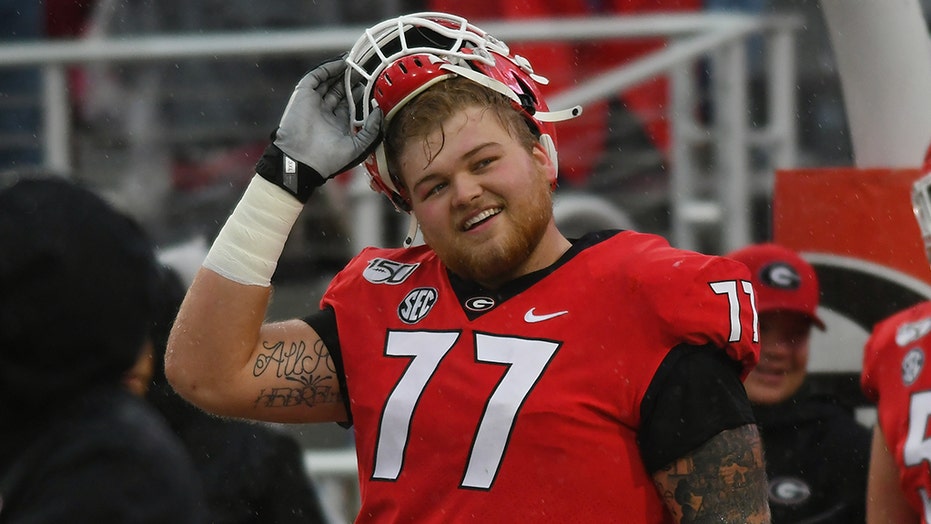 Georgia offensive lineman Cade Mays reportedly plans to transfer to Tennessee, this amid a pending lawsuit filed against the school over his father’s severed finger injury.

Mays entered his name in the transfer portal Wednesday and he plans to go play at Tennessee where his father, James Kevin Mays, played college football, ESPN reported Wednesday.

The report of Cade Mays’ transfer from the Sugar Bowl-winning team comes amid a lawsuit filed by his parents against the University of Georgia, according to UGA Sports.

James Kevin Mays and his wife Melinda filed a lawsuit against the school last month seeking damages after James Mays had part of his right pinky finger amputated when it got wedged between a folding chair and a column, UGA Sports reported, citing the lawsuit.

Mays' pinky allegedly “shot across the floor” and was picked up by a former offensive line coach who “put the severed appendage on ice.”

The incident occurred on Dec. 15, 2017, during Cade Mays’ official visit to the university. The lawsuit was filed on Dec. 5, 2019. It’s unclear when Cade Mays decided to leave school.

Cade Mays, a sophomore, played in all 14 games last season and started in 11 of them. The program awarded him with the Charley Trippi Award for versatility at the team’s postseason awards gala.