Fox ‘want Tom Brady to work for the Super Bowl’ if the Bucs fail to make it- with the NFL star already set to join the broadcaster on a $375MILLION deal whenever he retires, amid his divorce from supermodel wife Gisele Bundchen

Whether it’s on the field or off it, if Fox Sports gets their way, Tom Brady will be making an appearance on television screens this Super Bowl.

As the NFL season approaches Super Bowl LVII in Arizona, Fox is planning their coverage of the biggest game in American sports.

If all goes well for the network, Brady will be included in those plans – with Fox reportedly wanting the greatest quarterback of all time to start his analyst career this offseason.

‘If he’s not playing in the game, I would expect Brady to be part of Fox’s Super Bowl coverage,’ said a source according to Front Office Sports. ‘Definitely. I would be very surprised if he isn’t.’

It comes as seven-time Super Bowl winner Brady, 45, and Gisele Bundchen announced their divorce after 13 years of marriage on Friday. 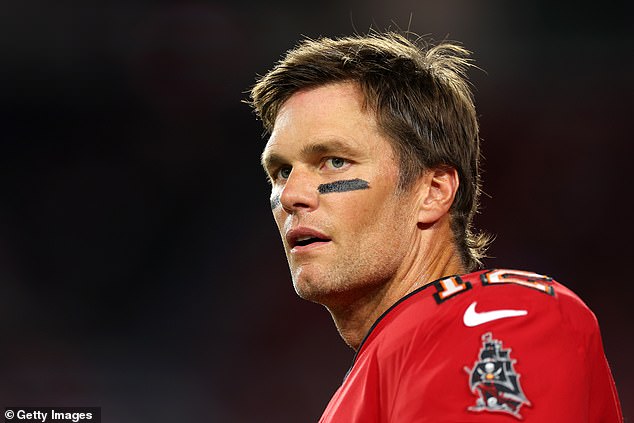 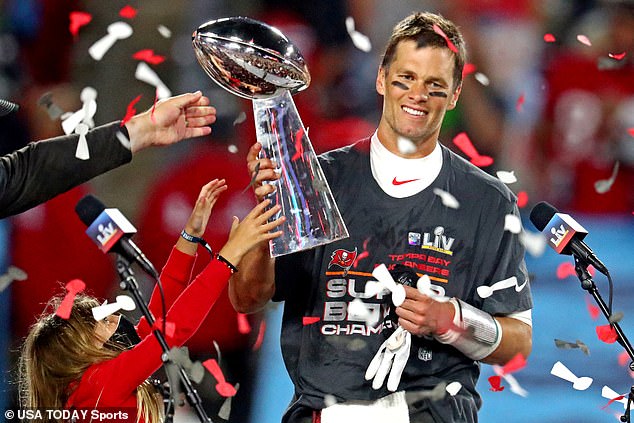 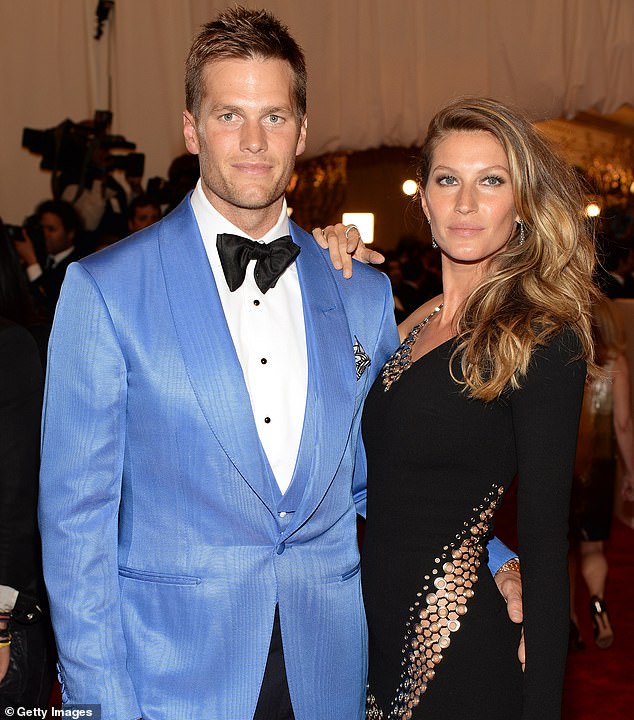 Brady is going through struggles off the field as well, finalizing a divorce with supermodel wife Gisele Bundchen on Friday morning after 13 years of marriage

Reports say Fox is creating multiple contingency plans to figure out how, where, and when Brady will appear on their coverage.

Plans range from him taking a seat behind the desk at ‘Fox NFL Sunday’, the network’s pregame, halftime, and postgame show.

Fox already has plans for Brady to join Burkhardt in the no. 1 booth whenever the quarterback chooses to retire, with Olsen sliding back to take a spot in the no. 2 booth currently occupied by Daryl Johnston. Olsen’s play-by-play partner could likely be current no. 2 broadcaster Joe Davis.

Retirement doesn’t seem to be coming soon for the seven-time Super Bowl champion, as he doubled down on his intentions to stay in the sport earlier this year.

‘I said last week that there’s no immediate retirement in my future. There was a retirement in the past, but I moved on from that,’ Brady said on his SiriusXM radio show.

Fox doesn’t have a specified timeline for Brady to begin his sportscasting career, with company CEO Lachlan Murdoch tweeting at the time of the deal, ‘We are delighted that Tom has committed to joining the Fox team and wish him all the best during this upcoming season.’ 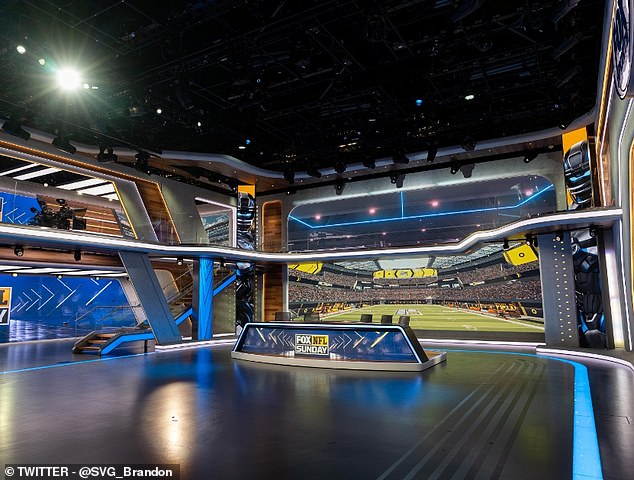 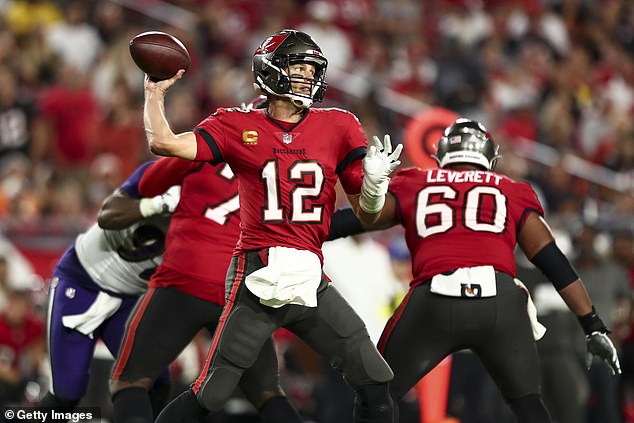 Brady’s contract with Fox doesn’t demand or specify a retirement date, allowing him to join the coverage whenever he decides to finally hang up the cleats one last time.

The revelation of these plans come just as Brady officially completed a divorce from his now-ex-wife and supermodel Gisele Bundchen.

The two released similar statements, saying their divorce was amicable and a mutual decision.

‘Doing so is, of course, painful and difficult, like it is for many people who go through the same thing every day around the world,’ Brady posted to his Instagram story.

‘However we wish only the best for each other as we pursue whatever new chapters in our lives that are yet to be written.’

Gisele’s message echoed similar sentiments, saying her priority will be focusing on their children.

‘The decision to end a marriage is never easy but we have grown apart and while it is, of course, difficult to go through something like this, I feel blessed for the time we had together and only wish the best for Tom always,’ Bundchen said on Instagram.

Rumors of her unhappiness with Brady’s decision to return to football were widely circulated over the course of the offseason and the start of the regular season.

She reportedly issued an ultimatum to Tom, saying if he didn’t re-retire and get off the football field, she would leave him. 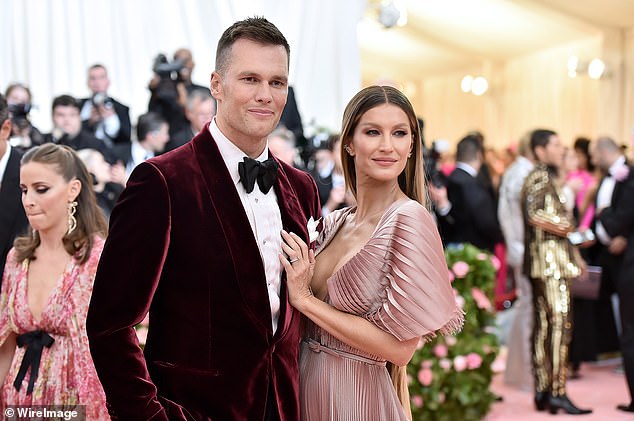 Giselle’s statement read in part: ‘The decision to end a marriage is never easy but we have grown apart and while it is of course difficult… I feel blessed for the time we had together’ 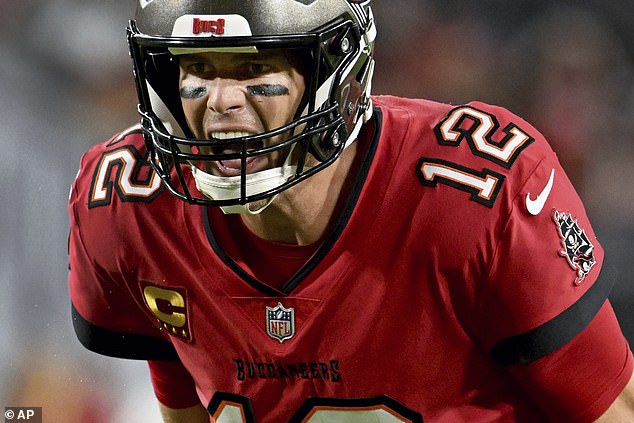 Brady’s Buccaneers are struggling on the field as well, losing to the Ravens to drop to 3-5

On that football field, the Buccaneers are struggling massively, slumping to a 3-5 record after a loss to the Baltimore Ravens on Thursday night.

Additionally, Brady is two games under .500 for the very first time in his NFL career. The last time he was in this position, he started 0-2 at the University of Michigan as their starter in 1998.

Brady hopes to move on from the losing next week when they invite the Los Angeles Rams to Florida.