Broadcasters have sprung to the defence of Graeme Souness after the former Liverpool star sparked a social media backlash by describing a football match as ‘a man’s game’.

Souness, 69, was commenting on Sky Sports on Sunday following a fiery 2-2 draw between Chelsea and Tottenham.

The Premier League match at Stamford Bridge featured hard tackles and ended in an angry confrontation between the managers – with both shown red cards.

Analysing the game, Sportsmail columnist Souness declared: ‘It’s a man’s game all of a sudden again. 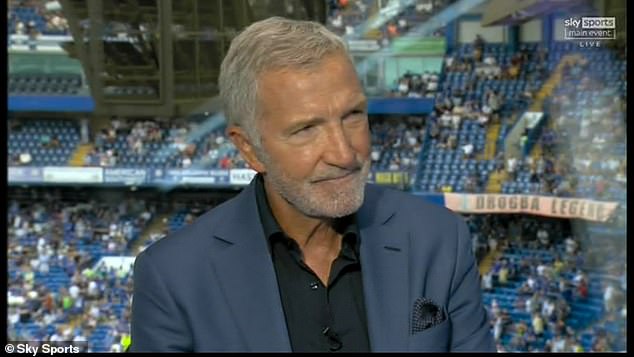 Graeme Souness, 69, was commenting on Sky Sports on Sunday following a fiery 2-2 draw between Chelsea and Tottenham 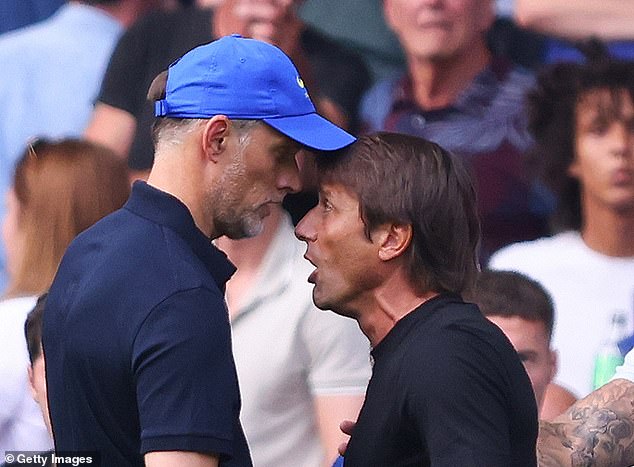 ‘I think we’ve got our football back, as I would enjoy football – men at it, blow for blow, and the referee letting them get on with it.’

TV host Piers Morgan backed him, pointing out: ‘We have all spent the past few weeks talking about ‘the women’s game’.’

TalkSPORT presenter Simon Jordan said: ‘A man describing a game featuring men can’t apparently use the word ‘men’ in conjunction with a game that featured solely men? Are we losing context here?’

Souness said he regretted ‘not a word’, and broadcasters said it was wrong to criticise remarks about a match between ‘two teams of men’.

He told talkSPORT radio yesterday: ‘We’ve got to be careful what we say, and I’ve not been very good at that, but we were becoming like other leagues.

‘The refs were blowing the whistle all the time, the game didn’t flow and it just wasn’t a very good watch. Our game has… always been more meaty, more in our face, more intense and we’ve got away from that.

‘Yesterday… I said we’ve got our game back. That’s the kind of football I remember playing. Our league will be better for it.’ 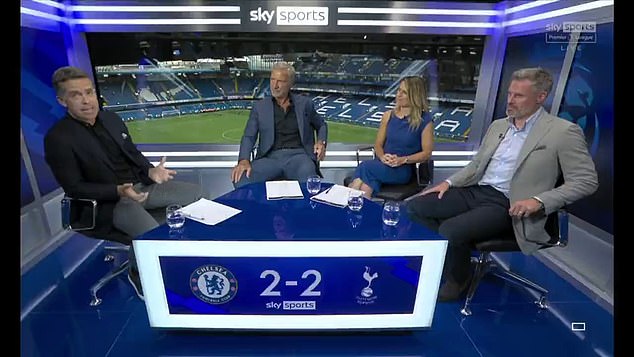 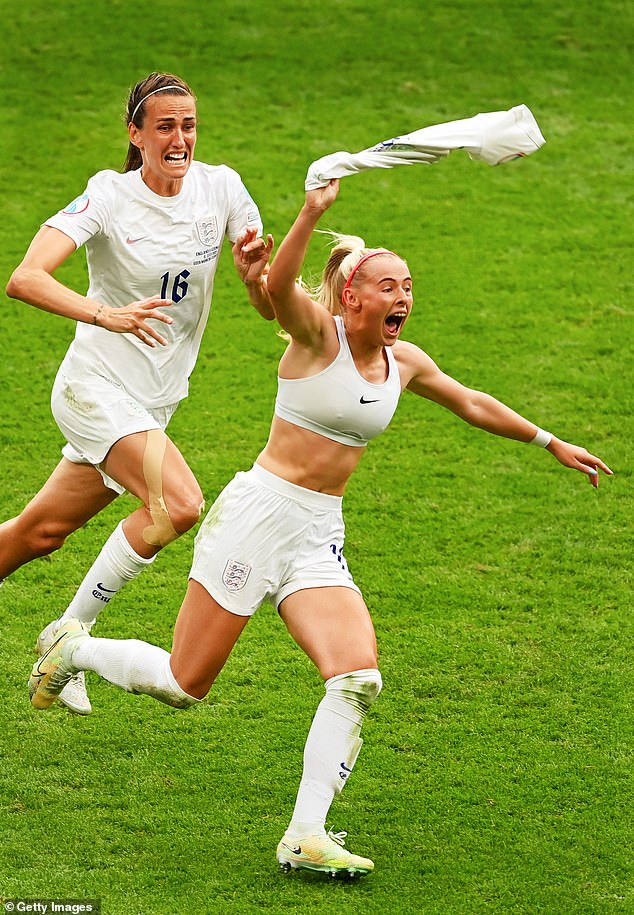 Chloe Kelly celebrating after she scored the winning goal for England in the Euros final. Her teammate Beth England tweeted that Souness’ comment was disgraceful

Last night he added: ‘I was referring to two Premier League matches I watched on Sunday rather than the sport of football. Football is a game for everyone to enjoy.’

Souness had been in the Sky studio with Karen Carney, who played 144 games for England, and his words triggered criticism from other women’s football stars.

Euro 2022 winner Beth England tweeted: ‘What a disgraceful thing to say after the summer this country has just seen.’