The race for the Sam Maguire Cup gets underway on Saturday, with a bumper double-header live on Sky Sports as Mayo face Sligo before Clare take on Kerry.

Mayo and Kerry are two of the main contenders this summer, but before any team can dream of Croke Park in August, they must collect provincial silverware in the knockout championship.

So what four teams will claim provincial honours?

Kieran Donaghy and Peter Canavan made their predictions on Inside The Game.

Donaghy: Galway can bounce back to reign in the west

“I just think they’re dangerous. They had a horrendous start to the National League with a mauling down in Kerry. I thought they did quite well in the games after that,” the former Kerry star said of the Tribesmen.

“They beat Roscommon, they put up a good game against Dublin. And they looked really good for stages against Monaghan away in Clones which was always going to be a hard game for them. They were very comfortable, they were five points up, should have seen out the game having played quite well.

“Joycy (Pádraic Joyce) not doing interviews afterwards, I’d say he was steaming on the way back home in the car, furious. Such a smart, intelligent guy like himself would want his players in that mould, making good decisions down the stretch.

“So I would say he’ll have the stick out for the next two or three weeks, going into that Roscommon game.

“I just think with Mayo, Cillian [O’Connor] and the timing of his injury, how devastating it could be… You even saw against Clare, Mayo were in control and even the sight of Cillian going off energised the Clare players. It damaged the Mayo guys mentally.

“Mayo have an easier ride into that Connacht final, and I think Galway could come into that with a harder-fought win and really rev it up. And all will be forgiven for being relegated to Division 2 if they can win that Connacht Championship. So I think they have a huge carrot and that’s why I’d give them a slight edge, how wounded they are and how sore they are after that defeat.” 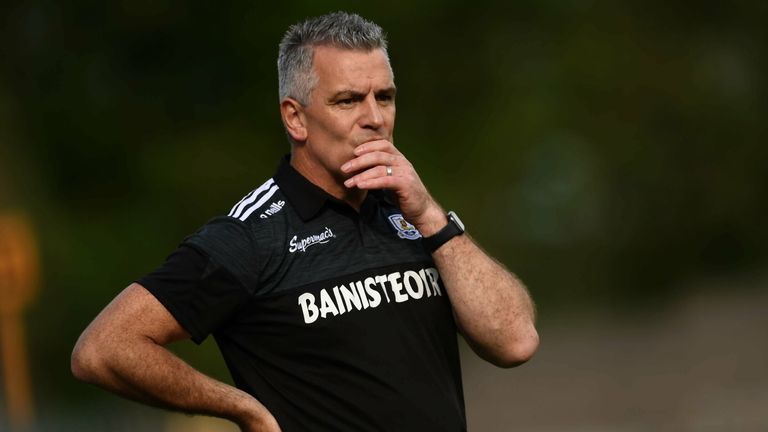 Canavan: Monaghan are the dark horses in Ulster

“Donegal to me are still the best team. They have the best panel of players. But a wee bit like last year, they have a difficult draw. For them to win an Ulster title, they’re going to have to play four games in five weeks. The teams they are playing, they would have to beat Down, they would have to beat an up-and-coming Derry team, and that would be a difficult assignment for them. After that, I would like to think it would be Tyrone in a semi-final.

“So three tough games just to get to an Ulster final. 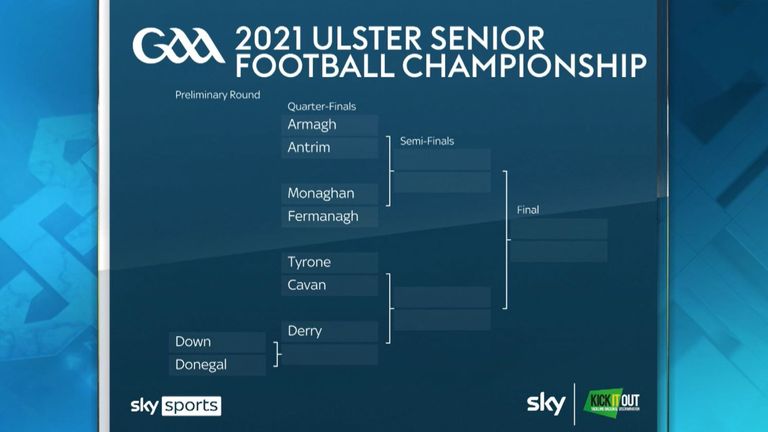 “When you compare Monaghan’s side of the draw, they would be expected to beat Fermanagh, and probably you would expect Armagh to take care of Antrim.

“Armagh will not fear them, but that’s a fantastic opportunity for Monaghan to get to an Ulster final. They showed glimpses, especially against Galway and the method of their comeback, they’re starting to play with that tenacity again, and that never-say-die attitude.

“They have a number of younger players coming through, they have Conor McManus leading the charge up front. So Banty (Seamus McEnaney) is starting to get a kick out of them. If I was a betting man, I would be putting a few pounds on Monaghan.

“Monaghan are the dark horses.” 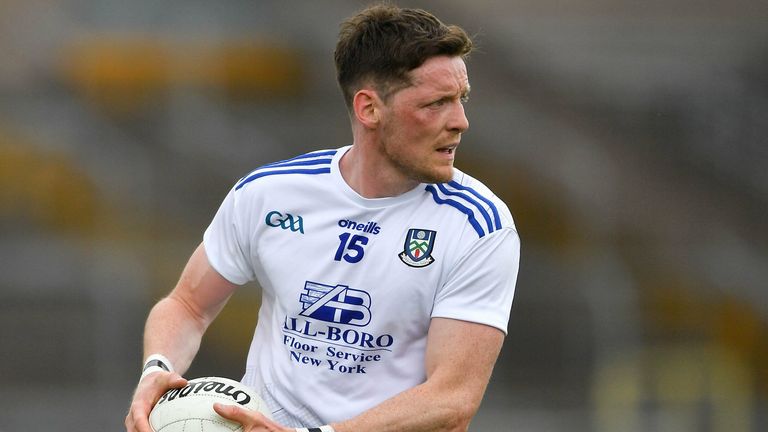 If I was a betting man, I would be putting a few pounds on Monaghan.

Canavan is backing the Farney County

Donaghy: Kerry will bounce back from 2020 disappointment

Donaghy feels his native county will regain their provincial crown.

“Cork, having watched them against Westmeath, even though they conceded quite a lot, they’re moving really well,” he noted.

“But I think Kerry will have two good games against Clare and Tipperary to get themselves hopefully ready for a Munster final. You would expect them to be clued in, and determined not to let what happened last year. I feel the other teams in Munster will feel the brunt of that this year.” Canavan: Leinster will be all one-way traffic

“It’s disappointing that there’s no back door, and Leinster is going to be one-way traffic,” said Canavan. “Once again, Dublin is going to be the team to beat. I know that there’s going to be a lot of talk about Kerry and all the rest, and they’re making massive strides, but Dublin have cruised through the National League. There are a few players emerging and playing better than ever; Niall Scully, Paddy Small, and they’ve done that without Stephen Cluxton. Con [O’Callaghan] is even getting better. So they’re still the team to beat,

“They’re so strong. Take their first 15 out of it, the next six or seven players coming in are every bit as good. So for me, Dublin is still the team to catch.

“It’s disappointing that there’s no back door for a lot of sides in Leinster, and a lot of sides elsewhere. Clare I thought were superb in the National League. Their second-half performance against Mayo was brilliant. But they’re going to be knocked out and their season is over. They would have benefitted from a back door.

“If Derry are defeated by Donegal, they would certainly have benefitted from a back door. The likes of Louth and Antrim too.”

Watch Sligo vs Mayo and Kerry vs Clare live on Sky Sports Arena from 3:30pm Saturday.