The Borussia Dortmund wonderkid scored twice as his side beat Sevilla 3-2 in the Champions Leaugue. 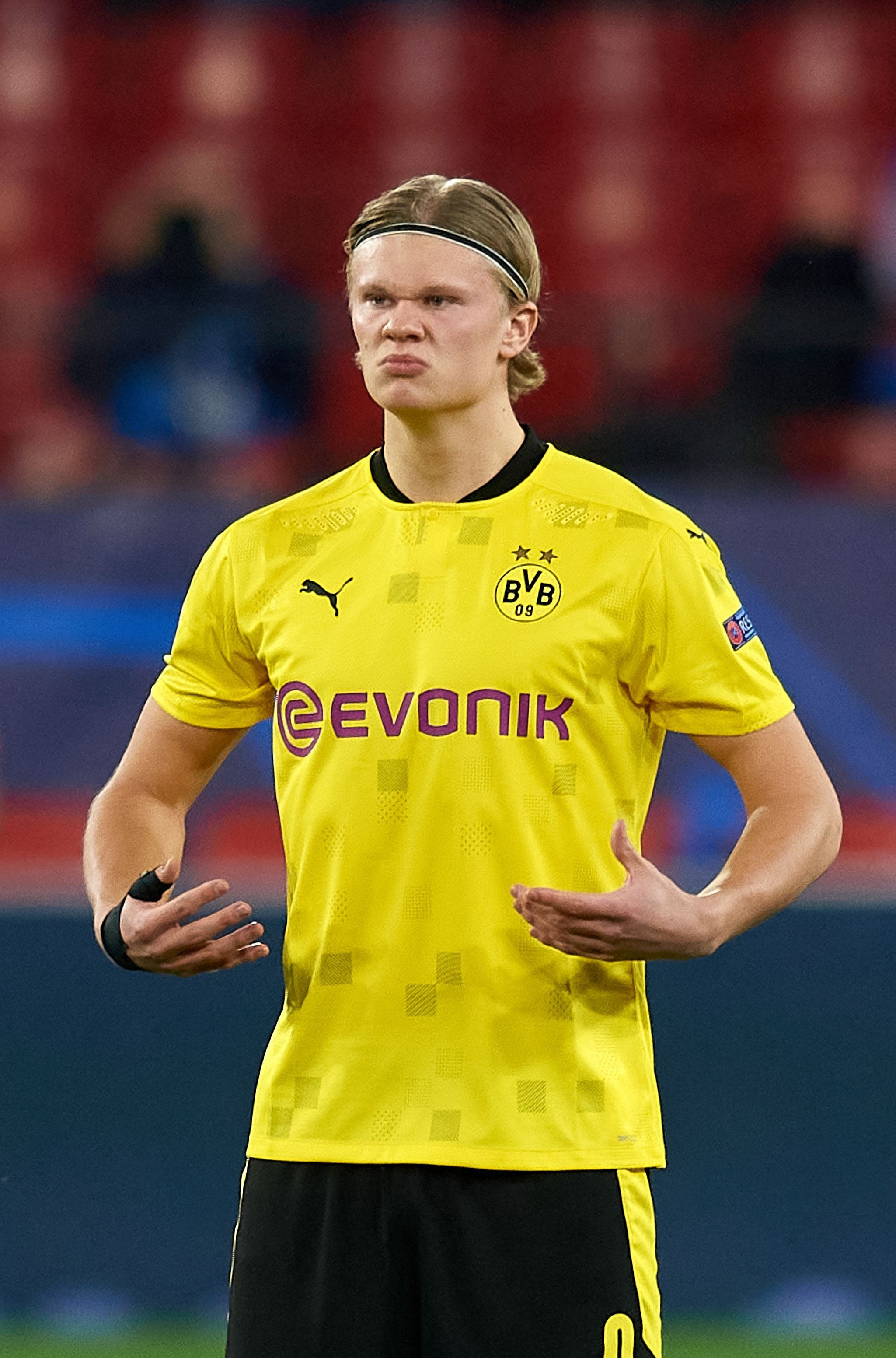 And after the game, the superstar, 20, remained coy on his future.

He has been heavily linked with a move to Real as well as several Premier League sides – including Manchester City.

And at the end of his team's win he was asked for his thoughts on being 'desired in Madrid'.

And rather than peddle the usual response often heard from footballers about being committed to his current club, the Norwegian left fans on tenterhooks.

He gave a wry smile and simply said: "It's always nice when someone wants you."

It came after Haaland teed up Mahmoud Dahoud's powerful equaliser in the last-16 first leg before completing the first-half comeback against Sevilla.

A devastating counter-attack saw Jadon Sancho play a delightful flick into Haaland for his first before adding another calm finish before half-time.

With Dortmund 3-2 up and in control of the tie, he also stated afterwards that Kylian Mbappe's hat-trick heroics for Paris Saint-Germain against Barcelona on Tuesday drove him onto a performance of his own.

"I love the Champions League and when I saw Mbappe score the hat-trick yesterday I got free motivation, so thanks to him.

"He scored some nice goals and I got a good boost from him."