ONLY one player has kept their place in the England squad that lost against Italy in Euro 2012.

Nine years ago, the Three Lions crashed out of the European Championship at the hands of the Azzurri after losing 4-2 on penalties. 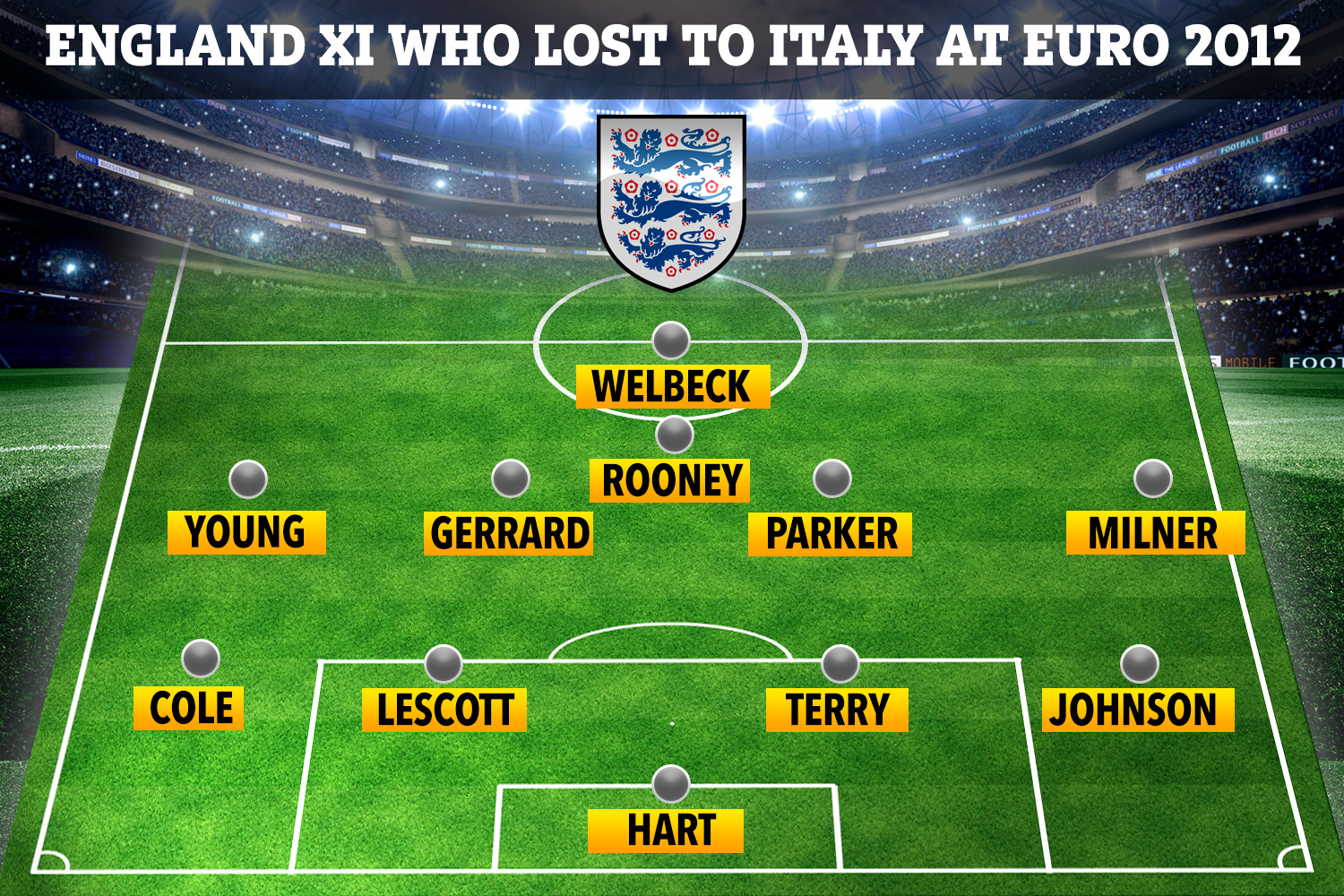 And Gareth Southgate's side now have a chance to avenge that quarter-final defeat by beating them in the Euro 2020 final on Sunday at Wembley.

Should they emerge victorious, it would not only be England's first trophy since 1966, but also their first win over Italy in a major tournament at the fifth time of asking.

At Euro 2012 England drew 0-0 Italy after extra time, and their starting XI included a number of world class players.

Here's how they lined up at the Olympic Stadium in Kiev on June 24.

Starting between the sticks was Joe Hart, who failed to save any of Italy's spot-kicks, with Andrea Pirlo memorably chipping his effort down the middle of the goal.

Glen Johnson appeared at right-back, with Ashley Cole featuring on the opposite side.

The former Arsenal and Chelsea left-back missed his penalty in the shootout which turned out to be the deciding miss.

A centre-back pairing consisted of John Terry and Joleon Lescott.

Steven Gerrard partnered Scott Parker in the middle of the pitch, with the latter replaced by Jordan Henderson in extra-time.

The Liverpool skipper is the only player to have kept his place in the squad from Euro 2012, with the 31-year-old appearing in four games at Euro 2020.

James Milner started on the right wing, with Ashley Young, who saw his penalty cannon off the crossbar, deployed on the left flank.

Wayne Rooney, who scored in the shootout along with Gerrard, started behind Danny Welbeck who was tasked with leading the line.

Theo Walcott and Andy Carroll were the two other substitutes who were chucked on by Rod Hodgson for Milner and Welbeck respectively.

Italy have two members from their Euro 2012 squad in their team this time around, with defenders Giorgio Chiellini and Leonardo Bonucci avoiding the cut.

Bonucci started in their victory over England nine years ago, while Chiellini watched on from the bench.