ENGLAND fans have been starved of success for generations – but the kids are here to fix that.

The humiliating Euro 2016 defeat at the hands of Iceland may be the yardstick by which the Three Lions' failures are measured – but make no mistake, it was only the latest in a long line of major tournament misery. 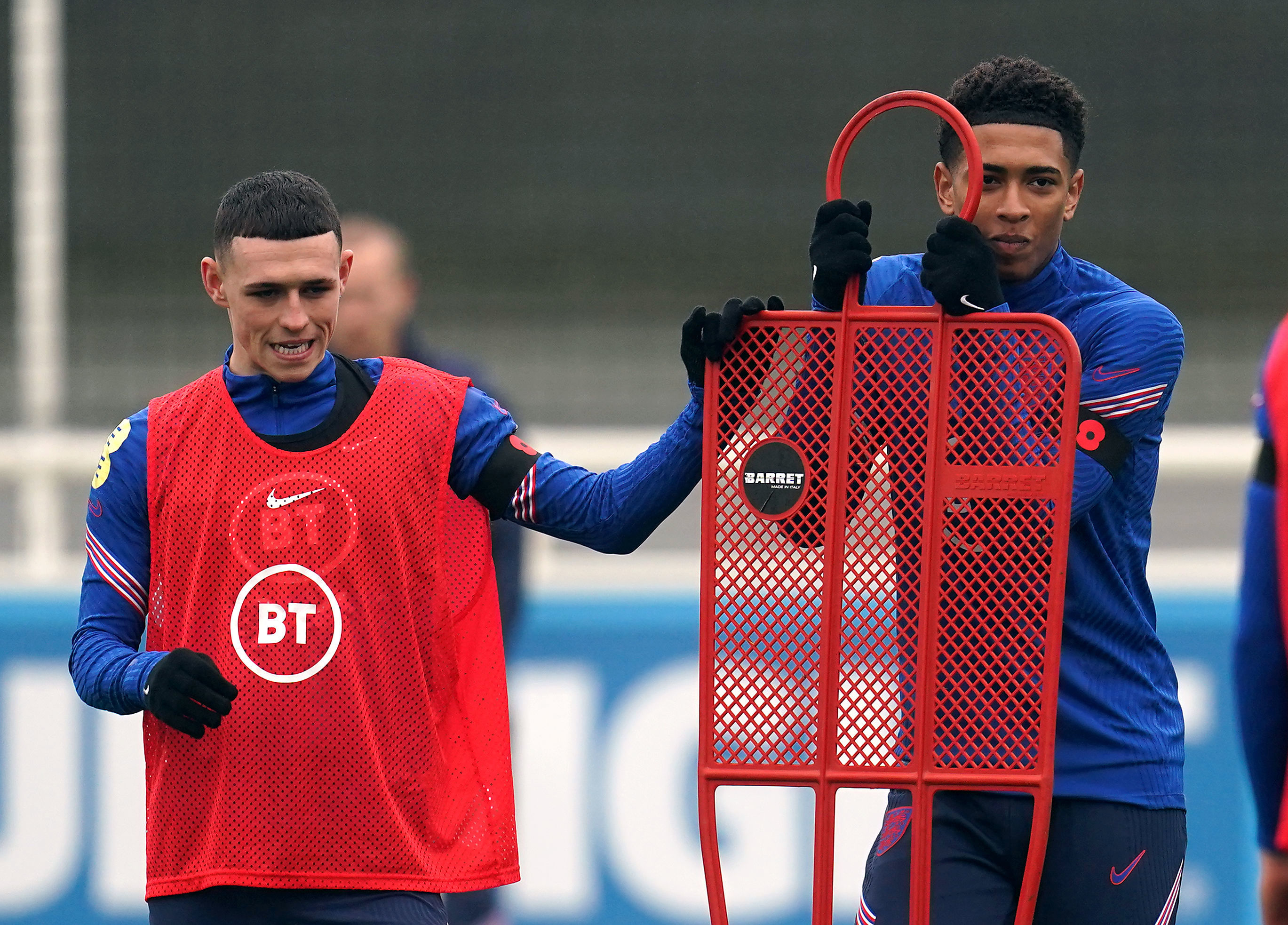 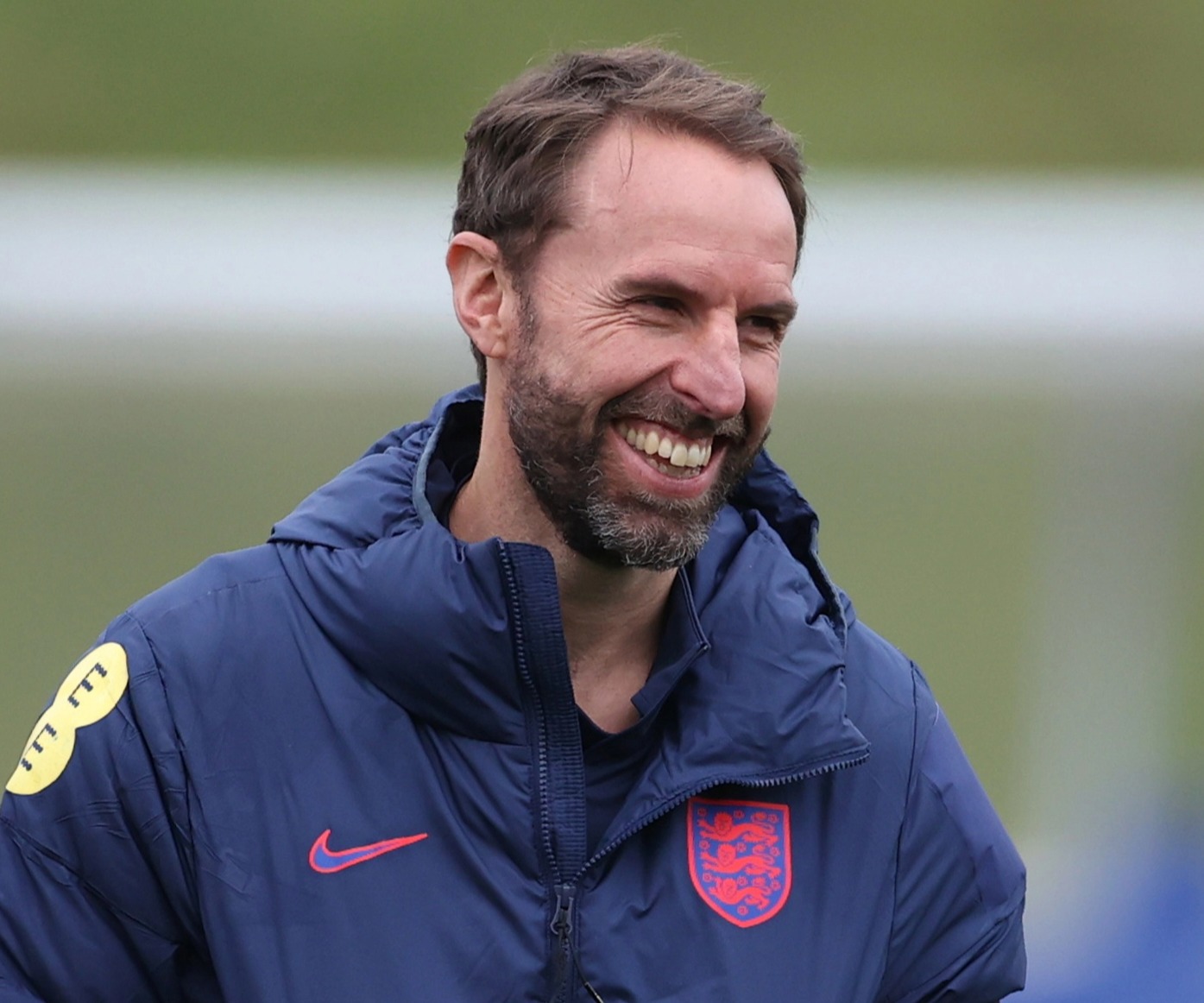 'Thirty years of hurt', Baddiel and Skinner moaned in It's Coming Home – England fans' anthem since its initial 1996 release..

But all of a sudden, England fans are confident. Excited, even.

You can keep your 'Golden Generation'. Struggling with a team featuring Steven Gerrard, Frank Lampard, Paul Scholes, David Beckham, John Terry, Rio Ferdinand – I could go on – is simply unacceptable.

Ask any England fan and they'll tell you this crop of talented youngsters is destined for big things. Monumental things.

Under Gareth Southgate's leadership, the Three Lions have been quietly amassing a squad worthy of winning a major tournament.

England fell agonisingly short of winning Euro 2020 – losing to Italy on the lottery of penalties.

But it was a huge step forward having also reached the semi-final of the 2018 World Cup – before losing to Croatia after extra-time.

England are improving. There is absolutely no doubt about that.

But it's the way in which they are doing so that is particularly exciting.

Long gone are the days of picking veteran stars based on name and reputation.

Southgate, for the most part, is picking on form – whether 18 years old or 38, if you're playing well, you'll be rewarded.

Harry Kane is England captain at the age of 28. Vice-captain Jordan Henderson is 31, as is experienced right-back Kyle Walker.

THE PROMISE OF YOUTH

That aside, this England team is staggeringly young. Mason Mount and Declan Rice are already vital players to Southgate at the age of just 22.

Five of the current group are aged 21 or under.

Phil Foden, Emile Smith Rowe and Reece James are all 21. Bukayo Saka is 20.

Jude Bellingham – arguably England's biggest talent of this remarkable group – is only 18.

Even the elder statesmen of the squad – the likes of Raheem Sterling, 26, John Stones, 27 and Luke Shaw, 26 – still have their best years ahead of them.

These kids are fearless and playing without the burden of Three Lions teams of yesteryear.

And the sheer depth of the squad is remarkable.

Plenty of fans have moaned about it being 'too easy' to get an England cap these days.

But in truth there are just many, many players worthy of a spot in the Three Lions camp.

Arsenal whiz Aaron Ramsdale is racing towards his England debut amid his sensational club form.

But even he must compete with Jordan Pickford, Sam Johnstone, Dean Henderson and Nick Pope.

England could line up with one of those five and not lose any quality.

Aaron Wan-Bissaka, Tariq Lamptey and Max Aarons, too, would have been certain for at least a cap or two in previous generations. 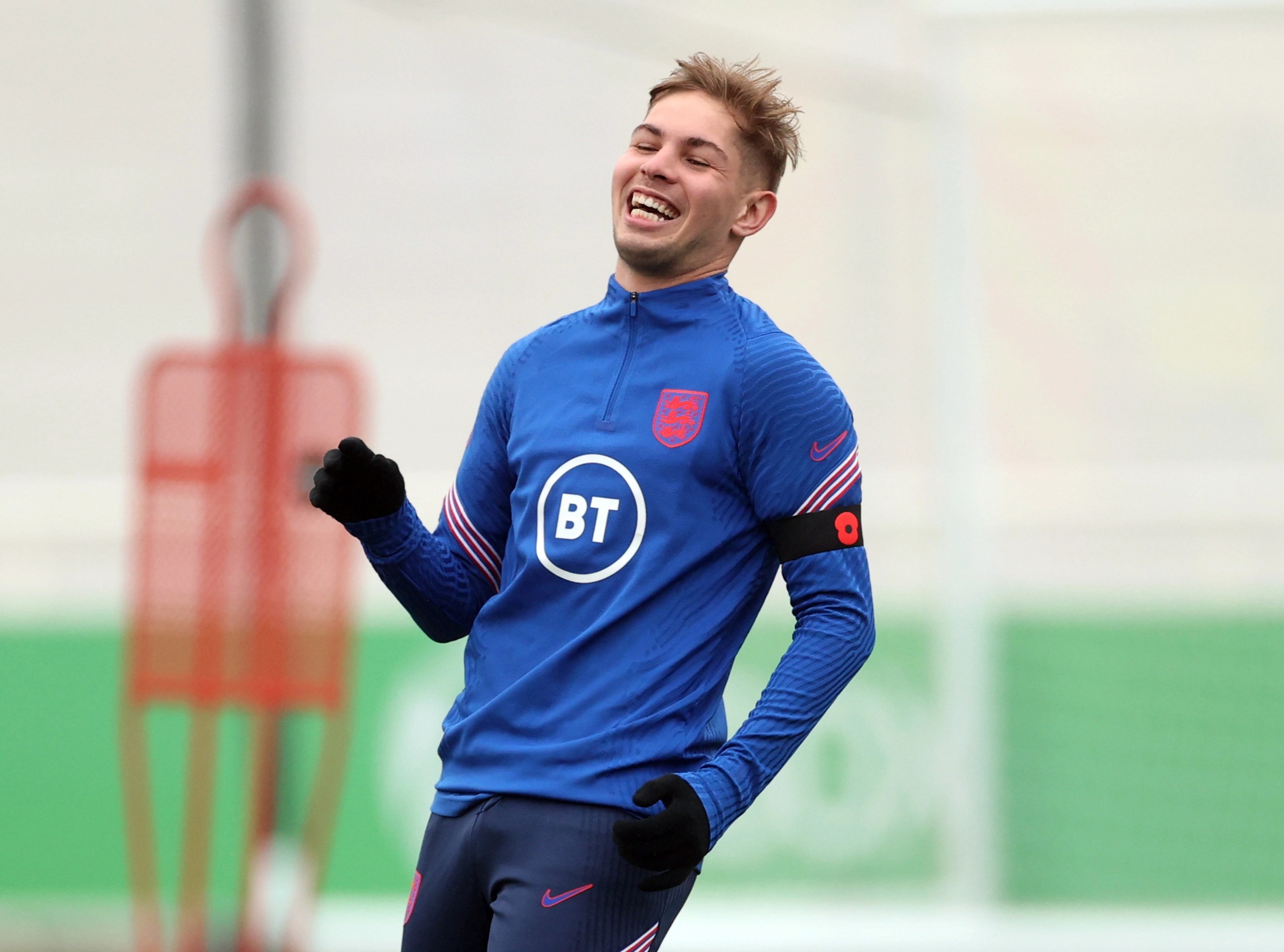 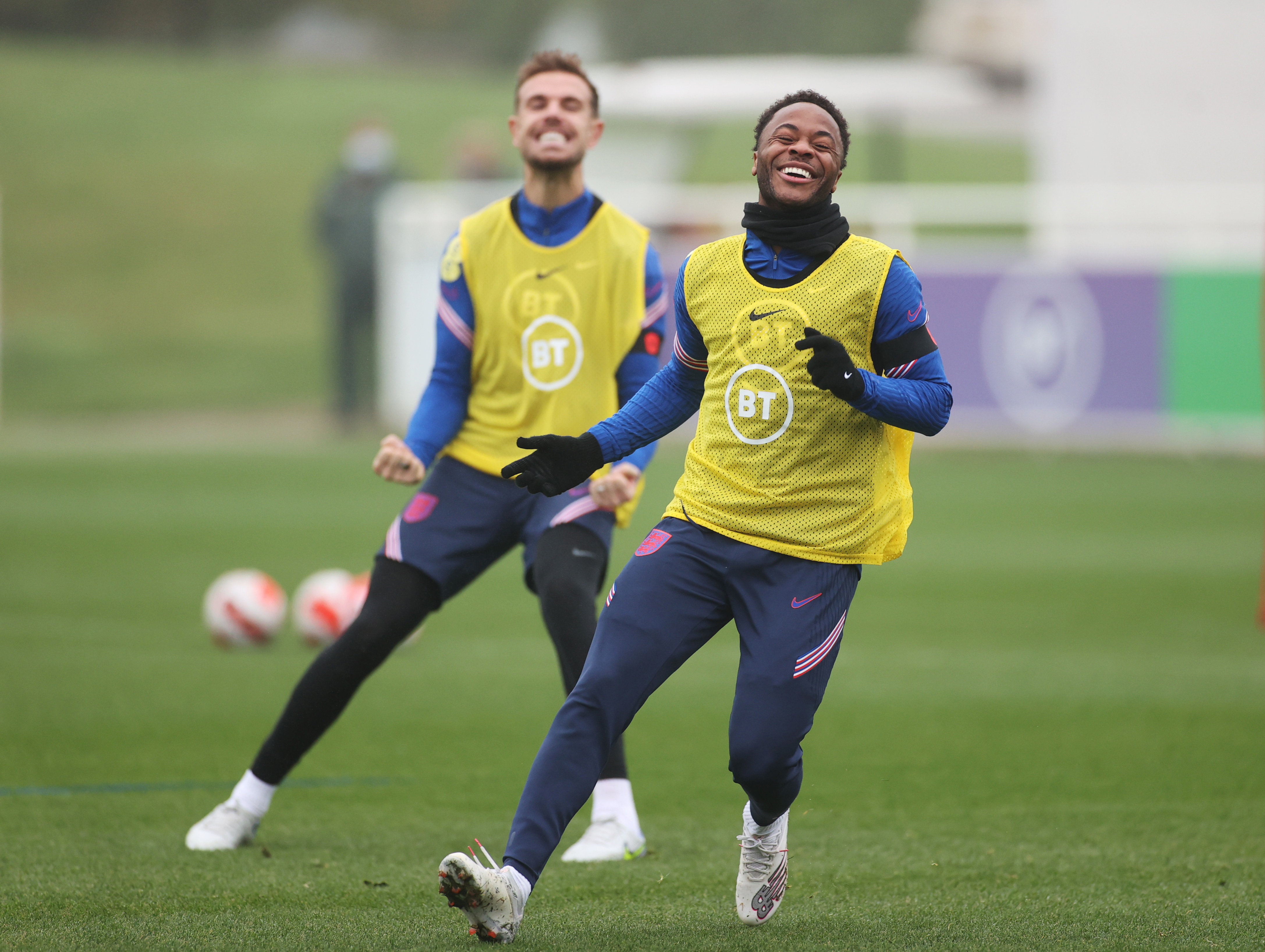 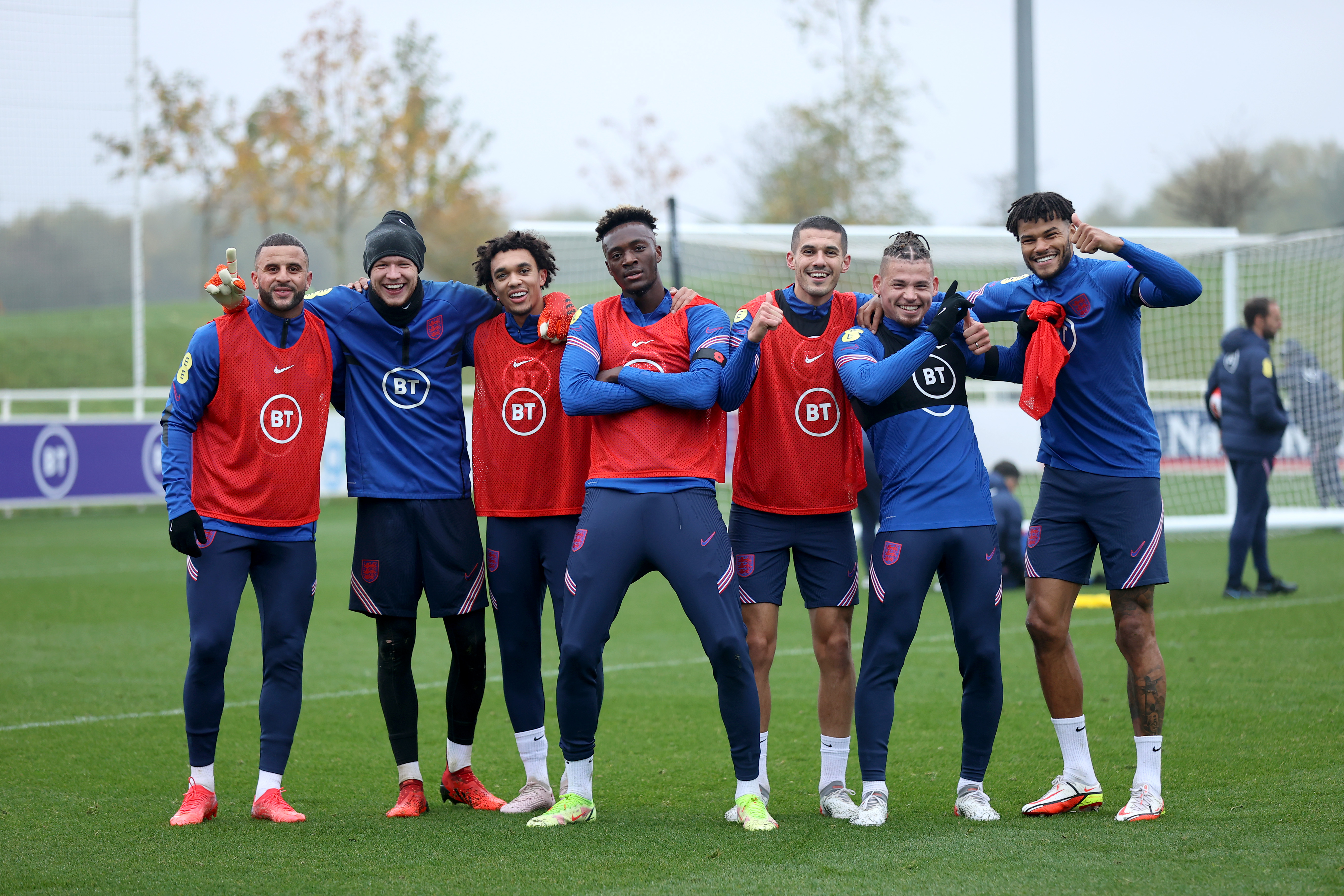 In the heart of midfield, England are forced to whittle it down from a pool of fantastic players, including Rice, Kalvin Phillips, Mount, Henderson, Bellingham and James Ward-Prowse.

While Kane may be the obvious choice up front, his fellow forwards could happily be rotated without the team missing a beat.

England have been hit by a wave of withdrawals for the upcoming World Cup qualifiers against Albania and San Marino.

Still needing four points to qualify for next winter's tournament in Qatar, we'd usually be about ready to panic.

But now? There's absolutely no doubt in my mind England will seal their spot in the tournament thanks to a strength in depth that borders on outrageous.

England first face Albania at Wembley on Friday night before Southgate inevitably rotates his squad away to whipping boys San Marino on Monday.

Potential and hype will only take you so far. This group must be well-drilled and given plenty of match experience.

None of this lot are struggling for game time – even if Sterling and Grealish are sharing minutes somewhat at Manchester City.

And under Southgate, England have a good mix of discipline and fun.

Ramsdale recently admitted the squad were treated to a 'lads holiday' in between wins over Czech Republic and Germany during Euro 2020.

That would have been unthinkable under ultra-strict Fabio Capello.

But Southgate appreciates that these players work hard and need time to unwind – and clearly it's getting the best out of them.

Arguably the most-encouraging thing to come out of Ramsdale's revelation was the incredible squad harmony.

Long gone are the days of separate cliques within the squad. A dangerous divide.

Whether senior pro or teenage newcomer, everyone within the England squad is a new best friend, or so says the Gunners ace.

And with over a year to go until the next World Cup, these players are only going to get better on the pitch and tighter off it.

There's no reason this England team can't win the tournament next winter.

As much as we all love It's Coming Home, we might not have to put up with too many more years or hurt.