Parramatta and the operators of the new Western Sydney Stadium (WSS) have agreed to a hiring arrangement just in time to avoid the embarrassment of the NRL releasing its draw with ‘TBC’ next to Eels home games.

The Eels will become the anchor tenant at the new $300 million stadium and will be the first sporting team to open it when they take on Wests Tigers over the Easter long weekend. 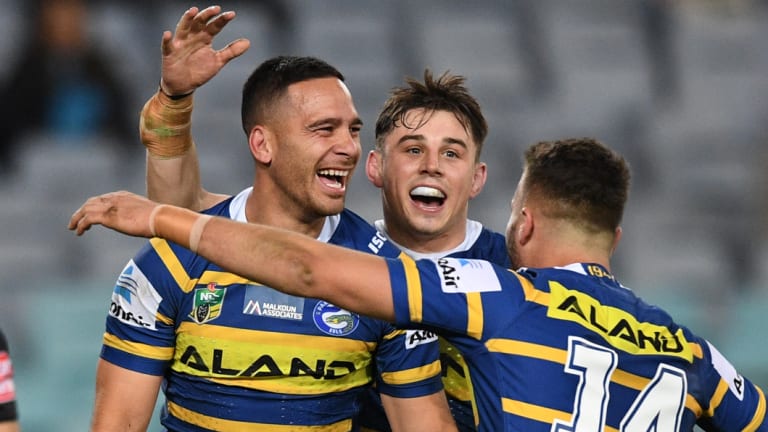 Agreement: Parramatta and the operators of the new stadium have reached an understanding just in time.Credit:AAP

However, there were fears the NRL’s draw release on Thursday would be overshadowed by a stoush over the hiring fees after Parramatta rejected the initial deal tabled by WSS operators VenuesLive.

Eels chief executive Bernie Gurr had labelled that offer “not acceptable” and he claimed it would “impact the club negatively for the next 25 years”.

In a bid to resolve the issue before Thursday’s draw – and to dampen the political pressure that had been building from opponents of Sydney’s stadium infrastructure spending – the parties had been locked in a series of crisis talks in recent days.

They have emerged with a compromise deal, which Gurr and NSW Minister for Sport Stuart Ayres will trumpet at a press conference scheduled for 10am on Thursday at Parramatta Leagues Club.

The move will confirm WSS as the home of the Eels and will ensure their first home clash against the Tigers – who have already done a deal to take four home games to the venue in 2019 – will be a sellout event.

The Eels view the WSS deal as critical to their ability to fund their football operations after labelling their previous contract with ANZ Stadium – brokered by the previous Parramatta regime – as a poor deal for the club.