After Raheem Sterling scored the decisive spot-kick in the Carabao Cup final, the Belgian star, 28, did the rounds shaking the hands of his devastated Blues pals. 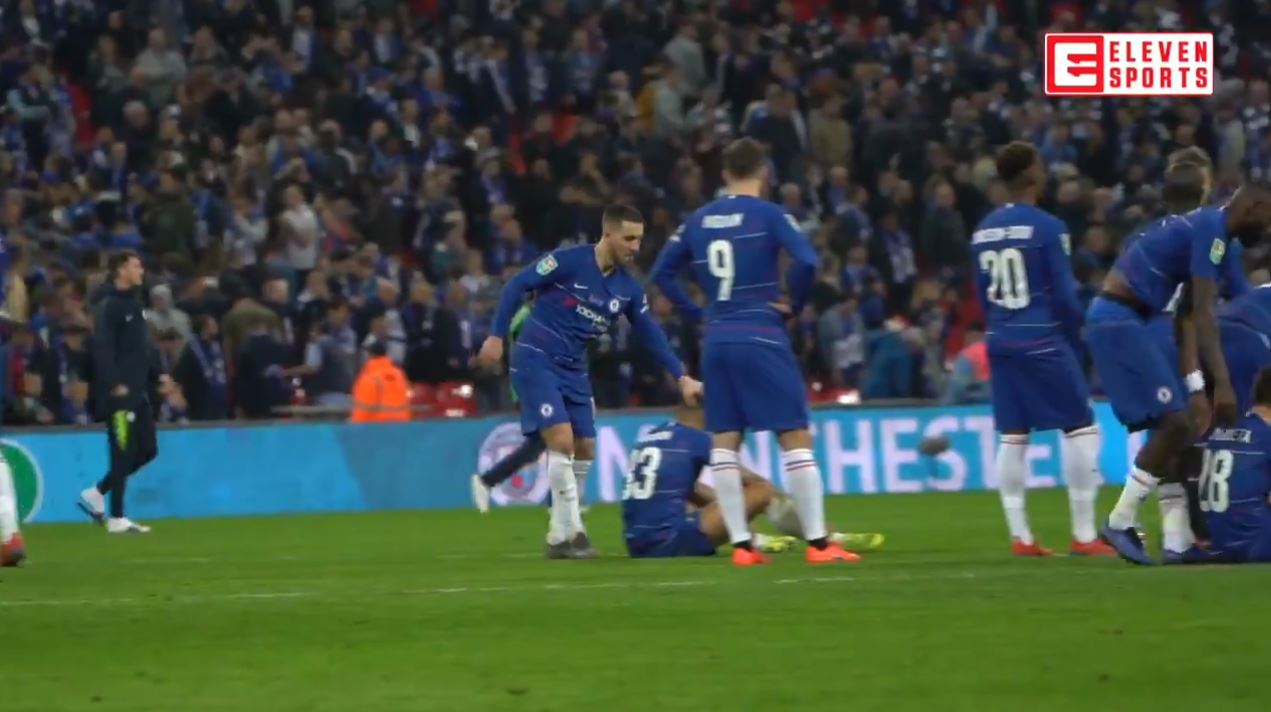 The video will make Chelsea fans much happier after being left fuming at a lack of leaders in recent weeks.

The Stamford Bridge faithful were particularly critical of skipper Cesar Azpilicueta on Sunday.

As Kepa Arrizabalaga defied boss Maurizio Sarri's orders over his substitution, Azpilicueta was nowhere to be seen.

Fans were left crying out for the old days – where players like John Terry and Didier Drogba would have intervened before the drama became a crisis. 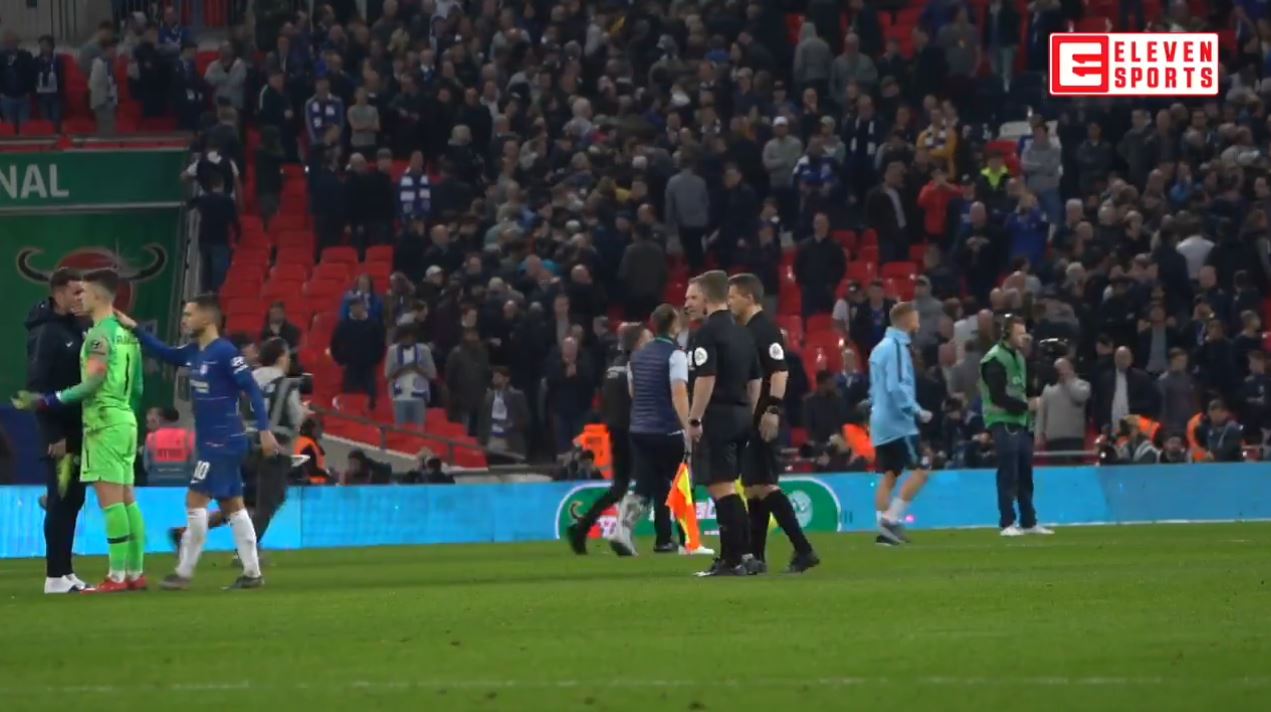 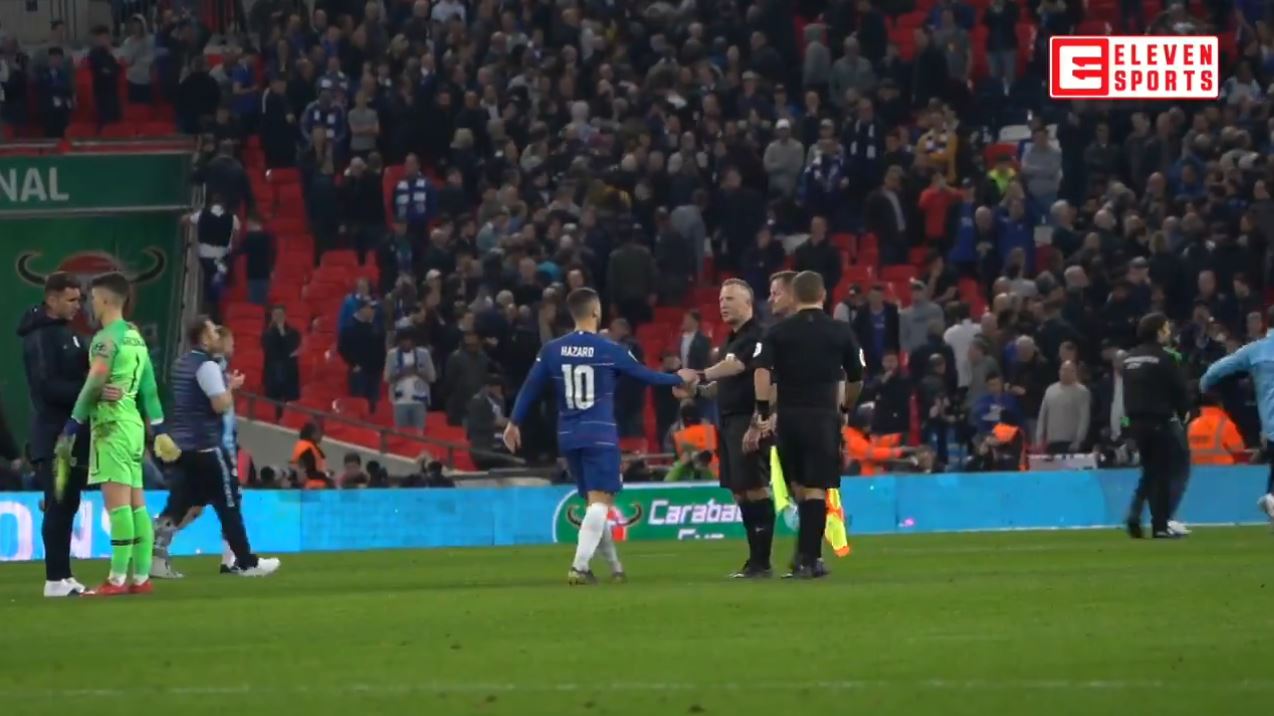 Kepa has now been fined £190,000 by Chelsea for his ridiculous antics.

With the club in disarray, losing the final and even slipping out of the Premier League top four, Hazard may be the man to step up.

His actions at the final whistle on Sunday at Wembley will go a long way to helping his case.

And fans were quick to have their say, with one Twitter user writing: "GIVE HAZARD THE ARMBAND. NOW. #CFC". 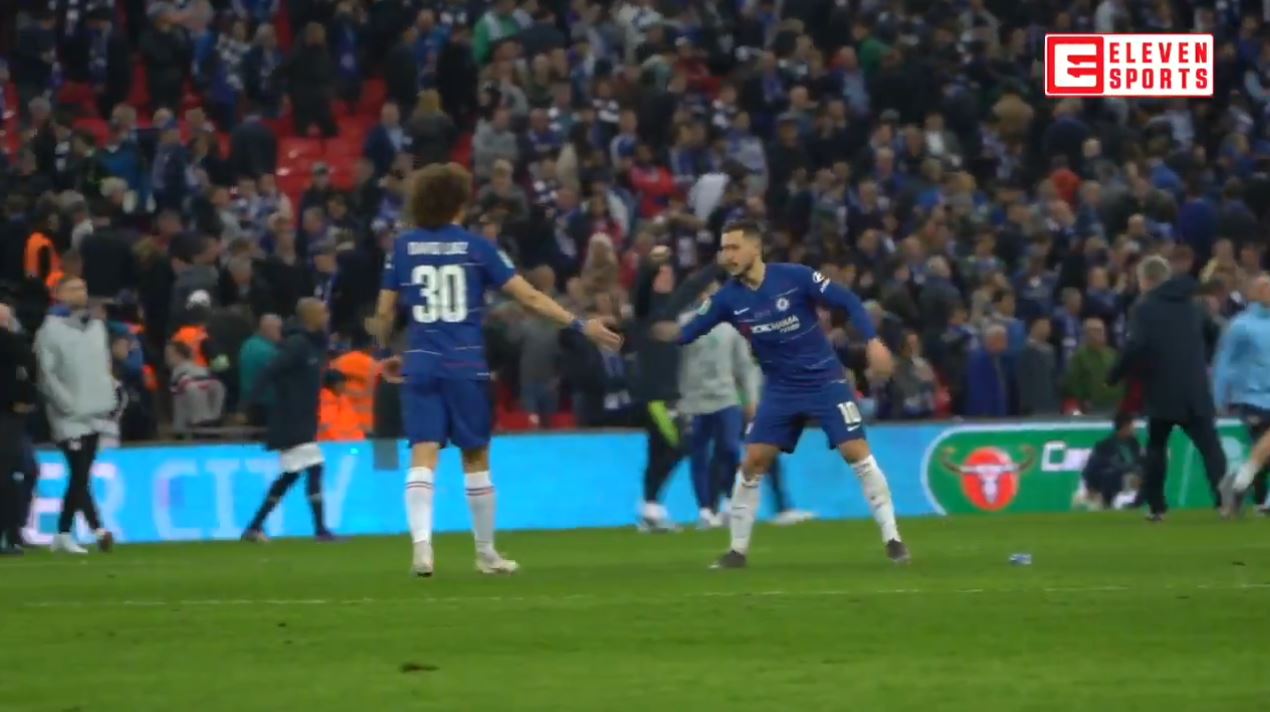 Another claimed: "Sarri claimed Hazard was “not a leader” yet he takes about 10 seconds of personal disappointment before focusing on rallying his troops.

A third claimed: "Look at Eden Hazard here after we lost the penalty shoot-out. Showing more leadership qualities than our actual captain…"

Chelsea fans will be hoping Hazard stays at the club, with Real Madrid still circling.

With the Blues banned from making any transfers for the next two windows, they'll be praying they can cling on to their star asset.

The West London side are set to appeal their ban – allowing them to make transfers this summer, before the suspension kicks in and runs until January 2021.

Zinedine Zidane is the favourite to take over from Sarri at Stamford Bridge – and will have £200million to spend this summer.